Petitions for the March 30 candidate filing deadline will be gathered and filed online only, the governor said, and the June 2 primaries should be unaffected for now.

New Jersey has recorded 318 new positive cases of novel coronavirus (COVID-19), bringing the statewide total to 742, nine of which have been fatal, Governor Phil Murphy announced Thursday in a press briefing.

Those affected range in ages from 3 to 95, said New Jersey Health Commissioner Judy Persichilli, adding that “the count will rise exponentially as we improve testing.”

The three new fatal cases originated among residents of two nursing homes in Essex and Hudson Counties, she said.

Six new cases were reported in Camden County today, bringing the total to 14, although the county government only provided preliminary details on five of them in a separate statement.

They include a Cherry Hill man in his 30s, a Barrington man in his 50s, and a Voorhees woman in her 50s, who are all self-isolating at home. Investigations are just beginning into two new patients, men in their 20s and 40s; no information was available in those instances.

Preliminary CDC analysis of the virus shows that risks increase with the age of the patient, and severe illness can occur in adults of any age, Persichilli said. The most serious outcomes have been observed in adults 65 and older, who nationally have been hospitalized at a 45-percent rate, admitted to intensive care units at a 53-percent rate, and who account for 80 percent of deaths attributable to the virus.

Those 19 and younger have shown milder COVID-19 symptoms with almost no hospitalizations or deaths, she said. In New Jersey, the median age for cases is 52 and, nearly half of them have been hospitalized.

Nationwide, adults 65 and older have been hospitalized at a 45-percent rate, admitted to intensive care units at a 53-percent rate, and account for 80 percent of deaths attributable to the virus.

“We are still very much focused on those individuals 60 years and older,” Persichilli said. “We are working to make sure that symptomatic residents get tested, isolated at facilities, and that every individual in a long-term care facility is taking the precautions carefully.”

The governor said the uptick in new cases had been expected, and that the count could likely climb “into the many thousands,” given the spread of the virus through various communities and the aggressive expansion of testing for it.

Camden County had planned to set up such a test site in Blackwood, at the campus of Camden County College, but there has been no word on whether or how test kits could be made available to supply it, and Murphy offered no guidance on that in his March 19 conference.

“Our hope is to have multiple drive-through testing sites up and down the state,” the governor said. “I can’t predict the details of what it will look like in South Jersey.”

“We are doing everything we can to break the back of that curve, flatten it, spread this out, take pressure off the healthcare system,” the governor said, calling again for residents to limit their social interactions.

“We are as aggressive as any American state in the steps that we’ve taken, but we reserve the right to revisit the steps we’ve taken and assess whether or not we should take further steps,” Murphy said. 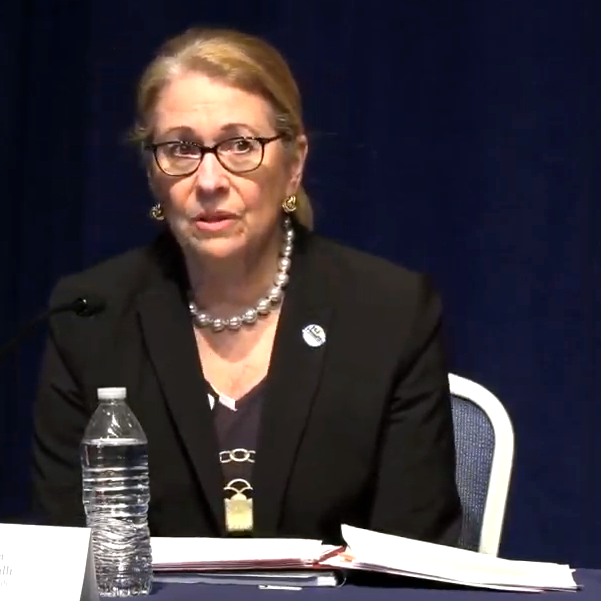 To the long list of business and amenity closures, the governor ordered “all personal care businesses that cannot comply with social distancing,” including barber shops, hair salons, spas, nail and eyelash salons, tattoo parlors, and social clubs, to close by 8 p.m. March 19.

The governor asked any business that’s able to shut down temporarily to do so, and said a state business assistance program could be online as early as Tuesday. The state Senate also approved a relief package bill for businesses Thursday.

“I would urge all but the hardest-hit businesses to take a step back if at all possible,” Murphy said. “We’re going to continue to fight for stimulus packages, and ensure that any loans would be paid down by grant funds later on.

“The EDA is available to help guide small businesses in making these decisions,” he said.

The governor estimated at least $100 billion in grants and aid could be needed to help New Jersey, New York, Pennsylvania, and Connecticut recover economically. He also reaffirmed the statewide approach to seeking federal block grants for that purpose as, “the best money any state can get right now because it allows us to stay there at the point of attack.”

Murphy also announced a 60-day suspension of foreclosures and evictions of owners and renters of HUD- and Fannie Mae-backed properties.

He reminded residents that the supply chain for food and similar goods is intact, and asked them to not hoard goods or “swarm grocery stores.” 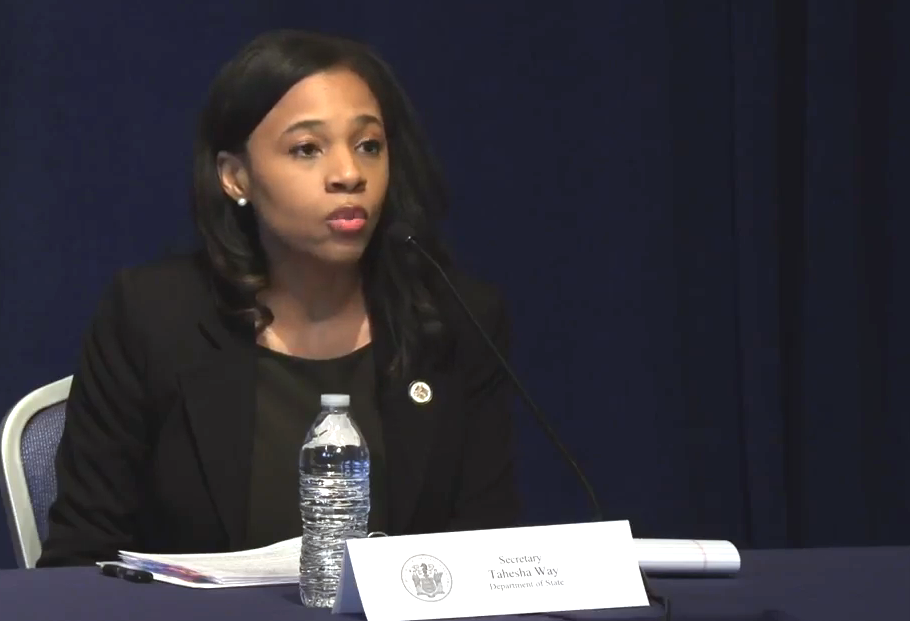 New Jersey Secretary of State Tahesha Way said her office is creating online petitions for the March 30 candidate filing deadline, which will be upheld.

“This online platform will be shared with county and municipal clerks,” Murphy said.

“No one should be out gathering signatures physically.

“We want to see all signature collections moving to the online platform,” he said.

The governor also said all elections scheduled for March 21 and April 21 will be moving to Tuesday, May 12, the same day as regularly scheduled, nonpartisan municipal elections. All will be conducted through mail-in ballots only.

“No changes are in store for the June 2 primaries; however, we will not hesitate to act if this emergency requires us to do so,” Murphy said.

“There is no greater right in a democracy than the right to vote,” the governor said. “Given the current emergency, we want to make sure that everyone is safe.”

There was no word yet on how the 26,000 statewide poll workers would be affected by the changes.