Plus: Health Commissioner Judy Perschilli warns that adolescents and teens are still at risk of serious effects from the novel coronavirus, including needing hospitalization and intensive care. 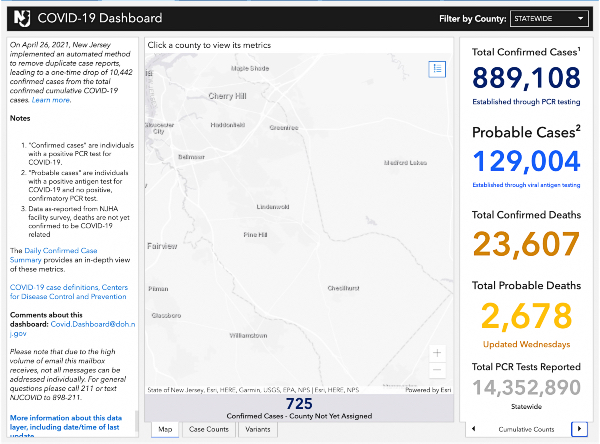 Sadly, six more residents have perished from complications related to the virus, bringing the statewide, confirmed death toll to 23,607 lives lost during the pandemic.

In addition to those lab-confirmed fatalities, the state has acknowledged another 2,678 probable COVID-19-related deaths.

More than 14.352 million polymerase chain reaction (PCR) tests for COVID-19 have been performed statewide, with a 10.111-percent positivity rate per 100,000 residents.

Wednesday’s briefing was the 200th of the pandemic, and New Jersey government officials were joined by White House Coronavirus Response Coordinator Jeff Zients, who offered some national perspective on the status of the pandemic.

“Today, just four-and-a-half months later, we’re down to fewer than 21,000 cases per day and deaths have dropped by 85 percent across the country,” he said, adding that New Jersey has observed a 93-percent decline in that same time period.

“The light at the end of the tunnel is getting brighter and brighter each day,” Zients said.

The statewide average of COVID-19 spot positivity testing based on PCR test results stood at 1.06 percent June 3; in South Jersey, it was lowest, at 0.93 percent.

Rt, the variable that describes the seven-day, rolling-average, statewide rate of transmission of new COVID-19 cases, hit 0.71 on June 7.

Throughout New Jersey, 431 people currently are hospitalized with a suspected or confirmed case of COVID-19, Murphy said.

It’s the fewest number of hospitalized patients in the state since late September 2020.

Among those hospitalized patients, 102 are in intensive or critical care, and 61 of the ICU and critical-care patients (59 percent) are on ventilators.

In New Jersey’s 71 critical care hospitals, 45 patients were hospitalized with COVID-19 yesterday, while 43 others were discharged.

Across the state, long-term care (LTC) centers have reported 1,471 cumulative outbreaks of COVID-19, and 94 are dealing with an active outbreak. LTCs account for 55,981 infected patients and staff in New Jersey, or 6.2 percent of total cases.

That includes 32,758 residents and 22,223 staffers sickened by the virus, as well as 8,057 lab-confirmed resident and staff deaths (34 percent of the statewide confirmed total), with facilities self-reporting 144 staff deaths.

Of 624 veterans residing in three state-run homes, 456 residents have tested positive for COVID-19, and 156 have died from complications related to the virus. Three hundred veterans have recovered from the virus.

The facilities at Menlo Park, Paramus, and Vineland are staffed by 1,337 workers, one of whom is presently COVID-19-positive. The facilities have sustained two staff deaths related to the virus.

At state-run psychiatric facilities, 367 of 1,122 patients and 1,071 staff members have tested positive for COVID-19. Fourteen patients and eight staffers have died from complications related to the virus.

To date, 127 New Jersey children aged 1 to 18 have been diagnosed with pediatric multisystem inflammatory syndrome (MISC)—one more than previously reported. Four of those cases were reported in Camden County, tied with Cumberland and Monmouth Counties for third-least in the state.

Across New Jersey, 9.268 million COVID-19 inoculations have been administered.

Throughout New Jersey, 4.203 million people have been fully vaccinated in-state, having received either a one-shot formulation from Johnson and Johnson or both doses of the two-shot Pfizer or Moderna vaccines.

In Camden County, 489,024 doses have been administered; seventh-most in the state.

An estimated 357,974 New Jersey residents have received a vaccine dose outside of the state, of which 168,949 are estimated to have been fully vaccinated.

Mutated offshoots of COVID-19, or “variants of concern,” continue to circulate throughout New Jersey; the state has traced 4,395 such cases to date.

Persichilli said early reports indicate that breakthrough cases seem to be statistically small: just 0.02 percent of those who have been vaccinated against COVID-19 have contracted the virus afterwards. 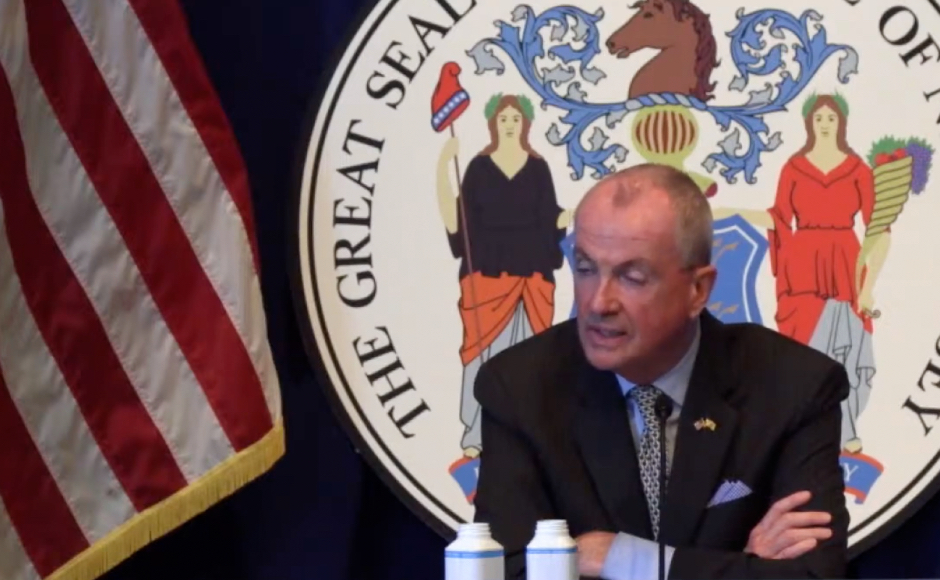 On Friday, Murphy signed legislation formally lifting the public health emergency in New Jersey; on Monday, however, the governor noted that the pandemic is still ongoing.

“We still have a vaccination goal to reach,” he said.

As noted in a press statement, despite retiring the emergency order, Murphy’s office is still authorized “to issue orders, directives, and waivers under the authority in the Emergency Health Powers Act,” for a number of purposes related to the pandemic, including:

This authority lasts until January 11, 2022, and can be extended for 90 days with legislative approval. 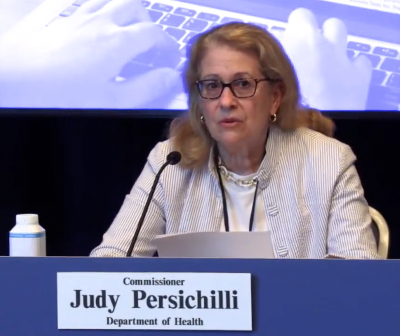 Children still at risk for COVID-19

Persichilli spoke Wednesday about the need to be vigilant in protecting young children and adolescents from the impact of the pandemic until such time as they can be vaccinated.

She noted the new morbidity and mortality report from the CDC, which highlighted how the rate of hospitalization increased for those aged 12 to 15 in the first quarter of the year.

Of those, 30 percent had no underlying conditions presenting risk factors for COVID-19, “demonstrating that healthy adolescents are also at risk of contracting severe cases of the virus,” Persichilli said.

The health commissioner also noted that, demographically, two-thirds of those hospitalized adolescents and teens were Hispanic or non-Hispanic Black people, illustrating once again the healthcare disparities among ethnic minority communities throughout the pandemic and a need to circulate vaccines among those groups.