Plus: Dr. Ed Lifshitz, who heads up the New Jersey Communicable Disease Service, explains why ‘we’re not there yet’ in terms of comparing the severity of COVID-19 and seasonal influenza. 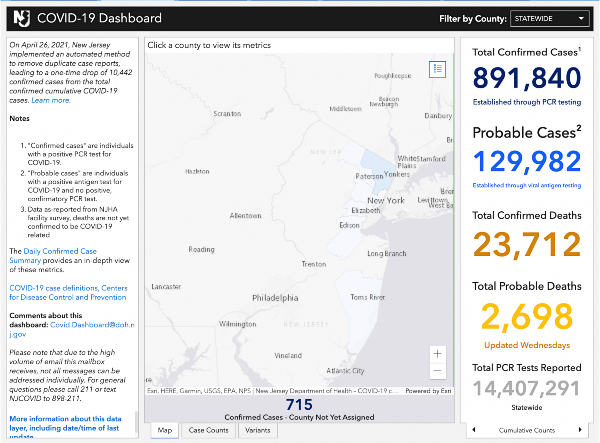 Sadly, 10 more residents have perished from complications related to the virus, bringing the statewide, confirmed death toll to 23,712 lives lost during the pandemic.

In addition to those lab-confirmed fatalities, the state has acknowledged another 2,698 probable COVID-19-related deaths—eight more than previously reported.

More than 14.407 million polymerase chain reaction (PCR) tests for COVID-19 have been performed statewide, with a 10.138-percent positivity rate per 100,000 residents.

Rt, the variable that describes the seven-day, rolling-average, statewide rate of transmission of new COVID-19 cases, hit 0.99 on June 23.

Throughout New Jersey, 323 people currently are hospitalized with a suspected (60) or confirmed (263) case of COVID-19, Murphy said.

Among those hospitalized patients, 58 are in intensive or critical care, and 30 of the ICU and critical-care patients (52 percent) are on ventilators.

In New Jersey’s 71 critical care hospitals, 42 patients were hospitalized with COVID-19 yesterday, while 40 others were discharged.

New Jersey Health Commissioner Judy Persichilli noted that hospitals saw an increase of 21 additional patients in the past 24 hours, about 13 higher than the seven-day patient average.

“We will continue to monitor this,” Persichilli said. “Many of these new hospitalizations are due to individuals who are not vaccinated.”

The commissioner also noted that New Jersey COVID-19 positivity and testing rates have flattened over the past two weeks, where they previously had been on the decline.

Across the state, long-term care (LTC) centers have reported 1,480 cumulative outbreaks of COVID-19, and 33 are dealing with an active outbreak. LTCs account for 55,002 infected patients and staff in New Jersey, or 6.2 percent of total cases.

That includes 32,783 residents and 22,219 staffers sickened by the virus, as well as 8,060 lab-confirmed resident and staff deaths (34 percent of the statewide confirmed total), with facilities self-reporting 144 staff deaths.

Of 627 veterans residing in three state-run homes, 456 residents have tested positive for COVID-19, and 156 have died from complications related to the virus. Three hundred veterans have recovered from the virus. No resident is currently COVID-19-positive.

The facilities at Menlo Park, Paramus, and Vineland are staffed by 1,338 workers, none of whom is presently COVID-19-positive. The facilities have sustained two staff deaths related to the virus.

At state-run psychiatric facilities, 367 of 1,131 patients and 1,079 staff members have tested positive for COVID-19. Fourteen patients and eight staffers have died from complications related to the virus.

Across New Jersey, 9.5 million COVID-19 inoculations have been administered.

Throughout New Jersey, 4.595 people have been fully vaccinated in-state, having received either a one-shot formulation from Johnson and Johnson or both doses of the two-shot Pfizer or Moderna vaccines.

In Camden County, 516,716 doses have been administered; seventh-most in the state.

An estimated 565,742 New Jersey residents have received a vaccine dose outside of the state, of which 248,347 are estimated to have been fully vaccinated.

According to Persichilli, the percentage of New Jerseyans who have received at least one vaccine dose varies by age, with the oldest residents accounting for the bulk of inoculations:

Last week, he added that “there is only a pandemic among those who have yet to get their shot.”

“We won’t stop until we get to 70 percent in every county and every municipality,” Persichili said Monday. 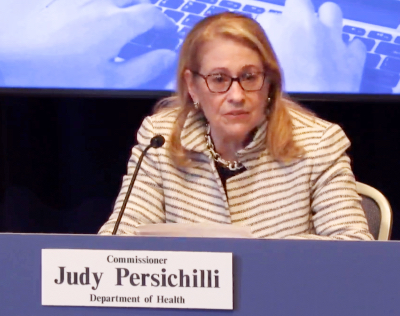 Health officials still on the lookout for B.1.617.2 ‘delta’ variant

Mutated offshoots of COVID-19, or “variants of concern,” continue to circulate throughout New Jersey.

The state has traced thousands of such cases to date, despite performing gene sequencing only on roughly 2 percent of positive samples, Dr. Ed Lifshitz, head of the New Jersey communicable disease service, has said.

Persichilli noted last week that the U.S. Centers for Disease Control (CDC) upgraded the status of the B.1.617.2 “delta” variant from a “variant of interest” to a “variant of concern.”

Initially identified in India in December 2020, B.1.617.2 has been detected in 66 countries, including in the United States.

It currently accounts for 7.3 percent of the variants sequenced in New Jersey in the past four weeks (up from 5.1 percent last week), and is believed to be 40 to 60 percent more transmissible than other strains of the virus.

Accounting for 10 percent of new cases in the United States, the delta variant could become the dominant strain in the country within the next month, and is believed to be spread by “children and young people,” Persichilli said Monday.

“The spread of this variant is another reason for us to remain vigilant to continue to strive to increase vaccine rates,” she said.

On Wednesday, the commissioner added that the delta variant “could result in local [COVID-19]  surges among the unvaccinated.”

Presently, the most common COVID-19 variant in the United States is the B.1.1.7, or “alpha” variant, which was first identified in the United Kingdom, and has been detected in all 21 New Jersey counties. B.1.1.7 has been associated with a 50-percent increase in COVID-19 transmission over earlier strains of the virus detected in New Jersey, and likely increased severity of infection based on hospitalization and case fatality rates.

The P.1 “Brazilian” variant accounts for 3.5 percent of the variants identified in the past month, and smaller percentages of the California variants B.1.427 and B.1.429 also were reported among the variant data. 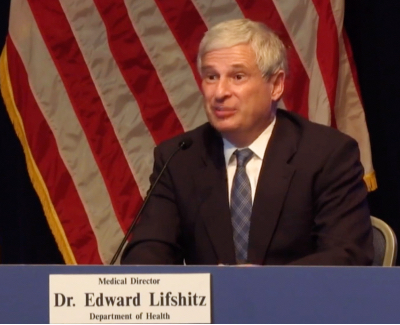 Asked whether New Jersey is close to regarding COVID-19 as something comparable in severity to seasonal influenza, Lifshitz said simply, “We’re not there yet.”

In a bad flu season, the state will lose roughly 1,000 residents to the virus, he said; currently, New Jersey is on track to lose twice as many people as that due to COVID-19 this year.

“Even now, when we are feeling good—and certainly, we are in a whole lot better place than we were several months ago—it is important to remember that we’re not there yet,” Lifshitz said.

“We have not yet gotten [the pandemic] down to a level that I would be happy with that would make this feel like a typical flu season,” he said. “We’re still not there yet.”