Health Commissioner Judy Persichilli says the state will have to intervene to support long-term care facilities, where the virus threatens the sick and elderly. 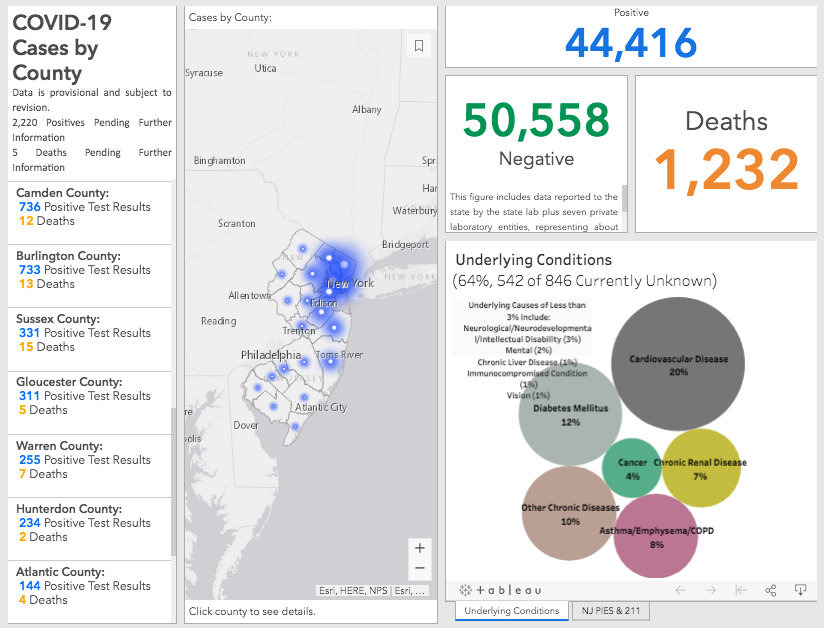 Additionally, 232 New Jersey residents have succumbed to complications from the virus, for a total of 1,232 deaths.

To date, 780 locals have tested positive for COVID-19 in Camden County, and 23 residents have died during the pandemic.

The governor offered a glimmer of hope that officials are “beginning to see the very first potential signs that the curve may be finally flattening.”

However, he noted that New Jersey “cannot be happy with only reaching a plateau.

“We need to keep strong and keep determined to see that curve fall and ultimately get to zero,” Murphy said.

State to intercede in long-term facilities

Despite the distress it can cause patients in those facilities to be relocated, the commissioner said residents of such facilities might be moved throughout the state depending upon the severity of their conditions, or to isolate them from contracting the virus.

“We know that these individuals are at risk because of the congregate settings in which they reside,” Persichilli said. “For those who have not been exposed, we want to keep them safe, and for those that have been exposed, or perhaps diagnosed positively, we want to make sure that they get cared for.” 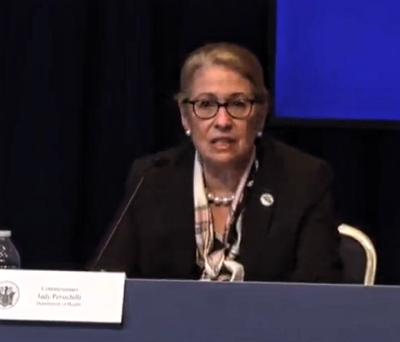 Of the 1,200 patients of New Jersey developmental centers, 24 have tested positive for the virus and one has died from complications related to it.

Within the state Department of Corrections (DOC), 67 employees, five inmates, and three people in DOC residential communities have all tested positive for COVID-19.

Across the state, 7,017 New Jerseyans are hospitalized with COVID-19, either due to having a confirmed case of the virus or while awaiting the results of a test. Of those, 1,651 are in critical care, and 94 percent of critical care patients are on ventilators, Persichilli said.

She also offered some more demographic information about the 1,232 New Jersey residents who died from complications related to COVID-19.

They’re split, 60 percent male and 40 percent female. Sixty percent identify as white, 24 percent as black, five percent as Asian, and 11 percent as “other.”

About 44 percent of those who have perished in the pandemic had a documented underlying health condition, with 670 of the 1,232 fatalities still under investigation. Ten percent of those who’ve died came from long-term care facilities, including 33 of the 232 deaths announced Tuesday. 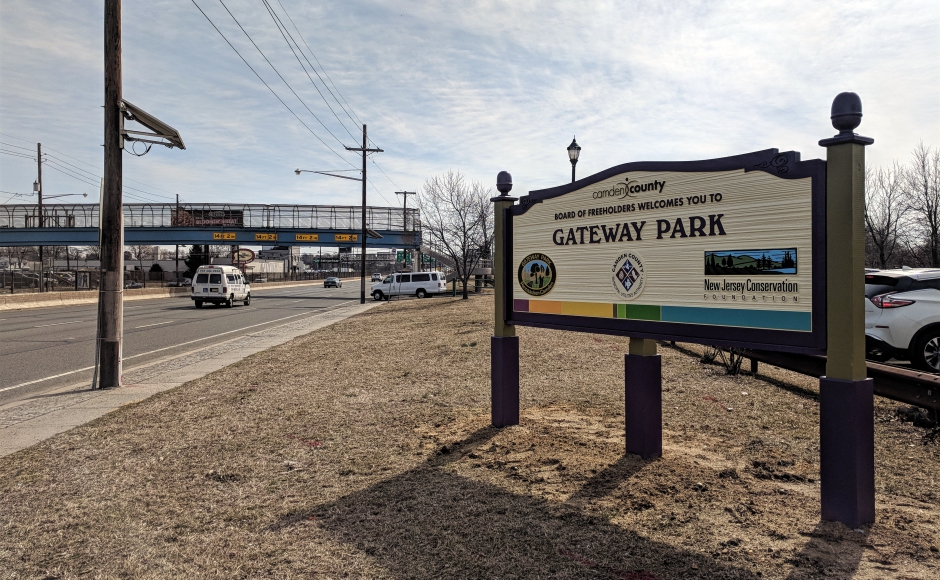 Gateway Park on the edge of Camden City and Pennsauken. Credit: Matt Skoufalos.

Murphy issued four new executive orders Tuesday, the most noteworthy among them being the closure of all state and county parks in New Jersey at 8 p.m. April 7.

Only last week, officials had issued guidance on safely navigating its parks and wild places during the pandemic; today, however, the governor said that the temptation to gather outdoors has been proven to be too great for people to overcome.

“We have seen far too many instances where people are gathering in groups in our parks erroneously thinking that since they’re outside social distancing doesn’t matter,” he said. “Don’t think that I take this action lightly.”

While the decision to close municipal parks will be left up to individual communities, Murphy asked residents “please don’t travel to someone else’s parks.”

“Take a walk or bike ride in your neighborhood, or at a park in your town that is open,” he said.

Wharton State Forest, which stretches into the southeastern part of the county, is included in the closure, the Camden County government announced Tuesday afternoon, noting, “this full closure includes all park lots, grounds, facilities, trails, and playgrounds.”

In a video update Tuesday, Collingswood Mayor Jim Maley announced that Knight Park, one of the largest non-county parks in the region, would remain open but closely monitored during the pandemic. The park will be closed to vehicle traffic, and all visitors will be asked to adhere to social distancing guidelines.

Merchantville Mayor Ted Brennan announced that all local parks in the borough would remain closed in keeping with the statewide order; in Haddonfield, all borough parks, fields, and playgrounds already had been closed, as they had been in Cherry Hill, also.

The governor also extended for another 30 days his March 9 declaration of a public health emergency as well as election deadlines for boards of education that would have ordinarily chosen new representatives this month.

Finally, Murphy also waived graduation requirements based on students completing standardized tests or portfolio reviews, as well as waiving student testing data as a component of teacher and administrator evaluations for this year. Student standardized tests for the year had already been cancelled. 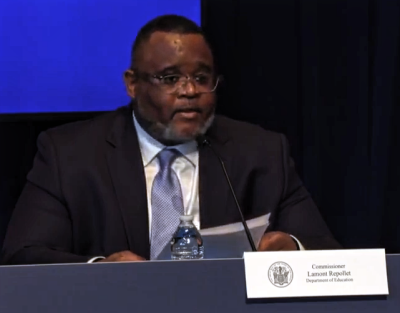 “We recognize at this time that completing a portfolio appeals process would be an unwelcome and counterproductive burden for our students and our districts,” Repollet said.

“We must provide some flexibility to allow teachers to engage meaningfully with students, teachers, and leaders.”

However, the pandemic has exposed a number of systemic vulnerabilities in the state, including the digital divide among New Jersey’s schoolchildren.

According to Repollet, 70 percent of New Jersey school districts reported that at least 90 percent of their students have Internet access at home. Another 110,000 cannot access the Internet, however, and about 155,000 don’t have a digital device to complete assignments.

Districts have been working around the problem by handing out pen-and-paper assignments, accepting donated or borrowed equipment, including hotspots, and finding support in their local communities to bridge the gap, the commissioner said. It’s all part of the challenge of asking schools to go from brick-and-mortar institutions to digital learning environments within 20 days.

“Online learning’s just one tool,” Repollet said. “The goal for us was to provide continuous instruction.”

Finally, Murphy announced that Rowan University will open its first mass testing site for Gloucester County residents this week; to be tested, residents are asked to call 856-218-4142 for a pre-screening.