The governor says guidance from the state Department of Education allows districts to decide when and how to shut down based on the needs of their communities. 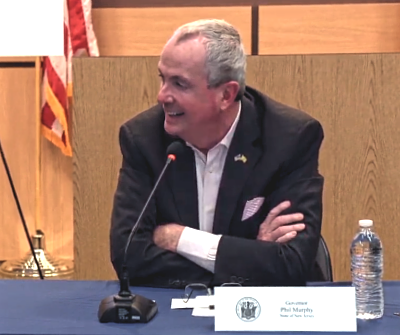 Long-term school closures are “inevitable” due to the novel coronavirus (COVID-19), New Jersey Governor Phil Murphy said Friday, adding that decision-makers “have to do it responsibly.”

The short-term fate of millions of schoolchildren in the state will be decided in “a matter of days,” on a community-by-community basis, and with regard to those households who rely on the resources of their districts, Murphy said in a press conference.

“We have to do it so every kid is taken care of; so that we don’t leave families behind,” the governor said.

The length of any such closure is “to be determined,” he said.

Rather than invoke unilateral plans, Murphy said the state Departments of Education, Health, and Community Affairs are coordinating with individual districts to ensure that concerns about childcare, food insecurity, and “the ability to execute a game plan of remote learning” are appropriately addressed on the local level.

“We are the ultimate home rule state,” Murphy said. “No state in America has more school districts than they have communities, but welcome to New Jersey.”

Commissioner of Education Lamont Repollet said that guidance allows each district the flexibility to do what’s in the best interests of the communities they serve. Three hundred and seven had already submitted emergency plans to continue providing education during any closured.

As of Friday morning, 354 of 691 districts statewide had closed, and another 44 were closing for precautionary cleaning.

Ninety had closed or were closing due to concerns about potential exposure to COVID-19, four were
closed or closing because of a confirmed exposure to the virus in their school communities, and one was closed because of a presumptive positive test of COVID-19.

Repollet said that 85 percent of all school districts have a plan in place to address food insecurity among families of students who receive free or reduced-price lunches and who may not have access to those meals in the event of a prolonged shutdown.

Murphy continued to advise the public to observe good hygiene and to take precautions to “flatten that curve” of disease incidence.

To offer some relief, the state is:

When asked if simply sheltering in place for two weeks would be enough to push through the period of public health risk, New Jersey Health Commissioner Judy Persichilli said “the prevalence and incidence of the disease doesn’t follow something as sure or certain as 14 days.

“There’s no start and finish to the 14 days; there’s no magic to the 14 days, either, when you’re looking at the total population,” Persichilli said.

In response to questions about the availability of testing for suspected cases of COVID-19, the commissioner also noted that, in the absence of a vaccine for the disease, “testing does not change the treatment,” which at present “is geared towards symptomatic relief.

“Those that are mild or moderately ill, they can stay home, similar to if you had a bad cold,” Persichilli said, recommending self-isolation, fever-reducing medication, and lots of fluids.

State Epidemiologist Christina Tan added that monitoring the progress of the disease is preferable to a widespread shutdown, which “could give a false sense of security.

“We are living in a global community,” Tan said. “We’re no stranger to imported illnesses.”

Earlier in the week, Camden County health officials held a virtual summit to review COVID-19 basic information and plans from local hospitals about handling the disease.

COVID-19 is one of three “more concerning strains” of coronavirus, which include MERS and SARA, said Rick Hong, Assistant Director of Special Projects, Center for Urgent and Emergent Services at Cooper University Health Care.

Typically, the virus causes very mild, flu-like symptoms that are identical to those of seasonal flu, which makes it difficult for clinicians to diagnose. The disease can incubate up to 14 days in a person who shows no symptoms of illness, Hong said. Most cases convert to full-blown infection within five days, on average.

Those at risk of contracting a more severe form of the illness are seniors as well as those with underlying conditions like diabetes, cardiovascular disease, chronic renal diseases, or those in an immune-compromised state.

The virus can live outside the human body up to nine days, Hong said; more commonly, however, it can only survive a day or two without a host, depending on the surface it inhabits, its moisture, humidity, and temperature. Hong stressed the importance of disinfecting surfaces to decrease transmission of the virus, which can be spread through personal contact, moisture droplets, or from an infected surface.

Transmission of the virus does not appear to happen through casual contact, Hong said, and requires “close, prolonged contact to those infected.” The risk factors for acquisition by asymptomatic people “are unknown and under investigation,” he said.

Those in contact with people who have traveled to China, Iran, Italy, South Korea, or Japan in the past two weeks may be at highest-risk. 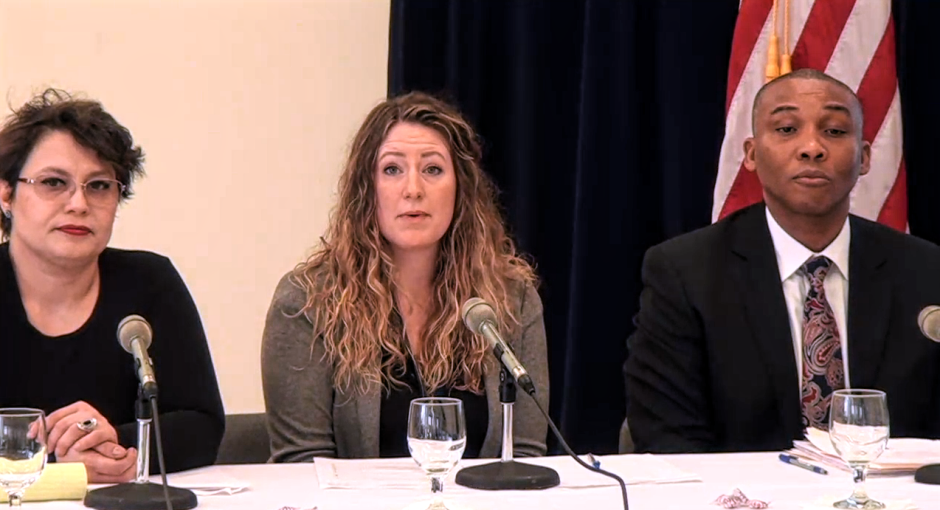 Camden County Freeholder Carmen Rodriguez advised that anyone feeling ill should self-quarantine to avoid transmission of any disease.

“We do not have a specific treatment to eliminate this virus, but if we are active in our screening and identification of individuals who are infected, then we can contain this,” Rodriguez said.

“We are particularly concerned in Camden County because we have four international airports within three hours of driving distance.”

“The principle makes sense, just like a common cold,” Hou said. “The reality, if I were a single mother with three children and I had no support, what do I do? That’s the ask, but is it possible for some people? I don’t know sometimes.”

Phyllis Worrell, Emergency Management Coordinator at Virtua Health, said that area hospitals are managing a COVID-19 outbreak as they would handle any surge of patients, relying on plans developed during the H1N1 (swine flu) outbreak. These include: restricting visitors in long-term care facilities, identifying where patients will be taken prior to arrival, testing non-employee clinicians, and considering alternate care sites.