The white oak left a hole in the roof of an Eldridge Avenue apartment building and demolished a nearby car.

The residents of a Collingswood apartment building were without electricity for several hours on Thursday after a massive white oak toppled onto their roof, taking out four utility poles and the back window of a nearby sedan in the process. 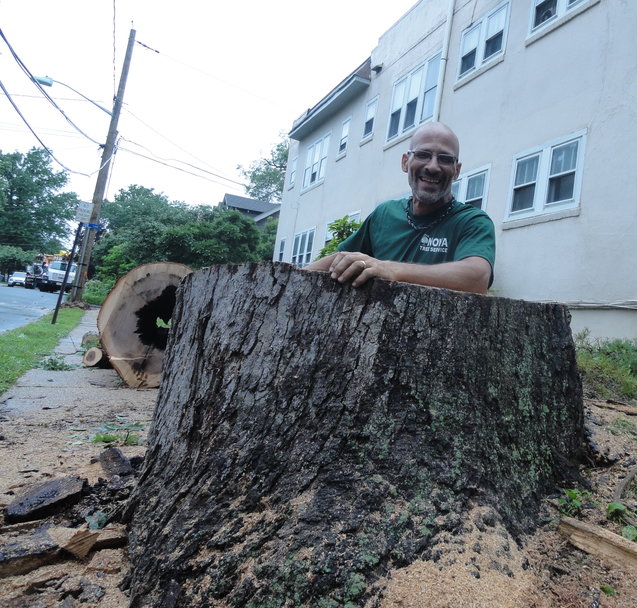 The incident occurred at the intersection of Eldridge and Bettlewood Avenues, near the Collingswood Middle and High Schools.

Haddon Township resident Sal Scarpato, whose Nova Tree Service spent “a full, hard day” removing the fallen tree with the aid of a crane and personnel from PSE&G, blamed the heavy rainfall overnight.

Under such conditions, Scarpato said, “every leaf triples in weight,” saturating the crown of the tree and adding extra weight to its canopy.

Despite appearing outwardly healthy, the oak was “hollow as a drum inside,” he said.

“A tree can lose 80 percent of its mass in the interior and show no signs of how weak it is until it falls,” Scarpato said.

Although he estimated the age of the tree as anywhere from 80 to 120 years old, Scarpato said he thought the problem could have been avoided with upkeep. 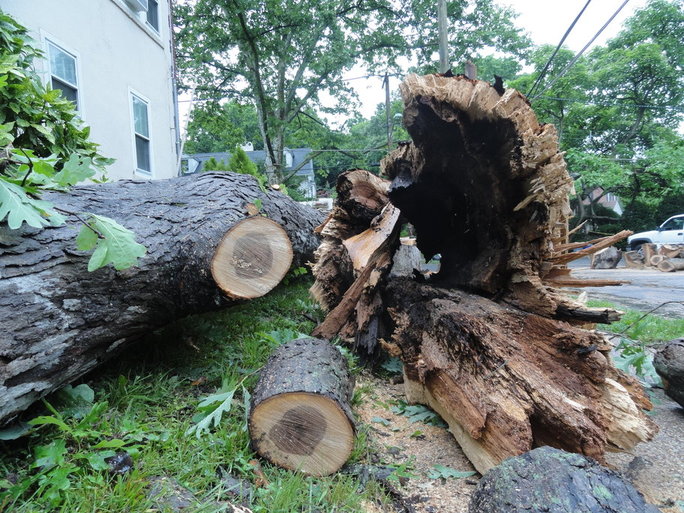 The rotten remains of a fallen white oak that damaged an apartment building in Collingswood Thursday. Credit: Matt Skoufalos. 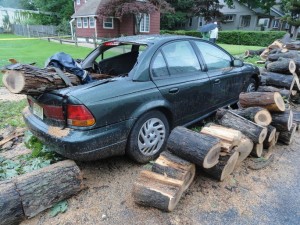 A nearby car was destroyed by the falling tree. Credit: Matt Skoufalos.