As customers rely more on third-party delivery for local takeout, small businesses are feeling the squeeze, starting with web searches that drive traffic away from their own ordering systems. 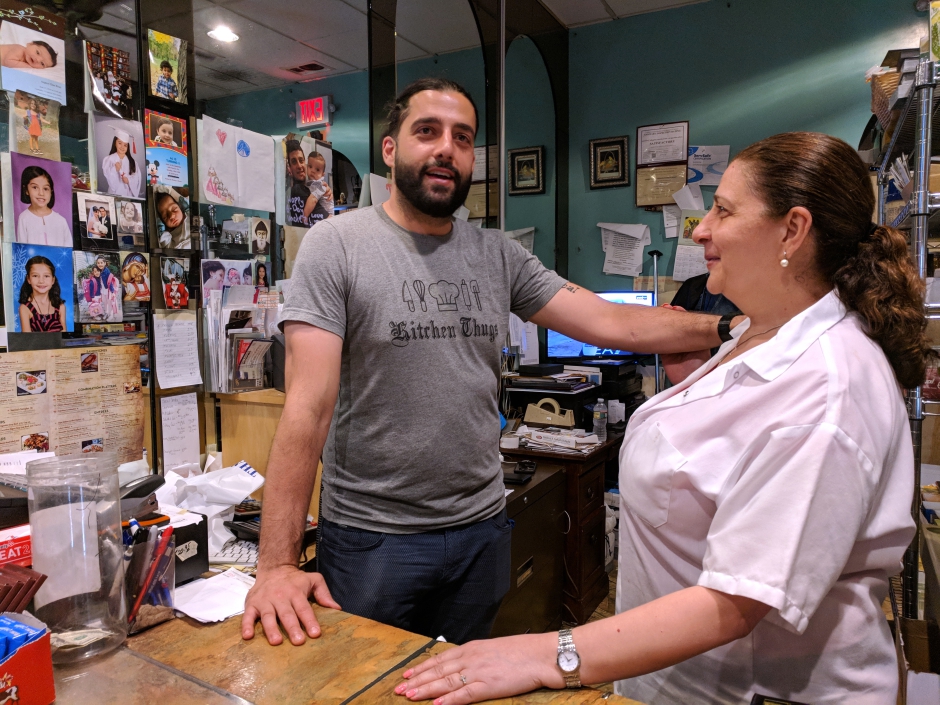 Norma’s Mediterranean Restaurant has been a fixture of the Cherry Hill dining scene for more than a quarter-century.

As such, Elias Bitar has years of data from the books at his family’s business.

When he looks at the biggest cost increases of the past few years, they’re not coming from ingredients or labor.

They’re coming, to the tune of thousands of dollars a month, from third-party delivery services.

Companies like GrubHub (which also owns Seamless, Eat24, AllMenus and MenuPages), DoorDash, and Uber Eats operate in thousands of cities around the world. They are projected to command more than $23 billion globally within the next seven years, according to a 2016 report from McKinsey & Company.

Some of those dollars come from service fees that customers pay for using the delivery apps. But there’s also a fixed cost that restaurateurs pay to list with these companies, and it’s this 20 or 30 percent of the bill that’s taking its toll on their bottom lines.

The same McKinsey report notes that the new delivery platforms are “sticky,” retaining as much as 80 percent of their customers by storing purchasing data and user preferences to speed orders. That’s fine if those services are driving new diners to his restaurant, Bitar said.

But increasingly, he believes delivery apps are cannibalizing his existing customer base by inserting themselves into the ordering process. A walk-through of the user experience shows that happens by simply searching for his restaurant on Google.

A walkthrough of the mobile experience of ordering from Norma’s Mediterranean Restaurant through the Google Knowledge Panel. Credit: Matt Skoufalos.

The first thing that pops up at the top of the results is the Google “knowledge panel,” a pre-formatted display that offers a business description, contact information, customer reviews, and a few photos.

Scroll down to the “Place an Order” button on your phone or tablet, and up pops a box with your choice of GrubHub, Seamless (a GrubHub subsidiary), or Doordash. There is no shortcut, however, to Norma’s own online ordering platform, which the company pays a monthly subscription to maintain.

Bitar said he’s happy to participate with third-party vendors if they bring in new customers. But a look at his gross sales shows him that integrating those services with the Google search functions isn’t bringing in new orders, it’s just funneling away repeat business.

“They always start off with this basic line: ‘We are not going to take your customers from you,’” Bitar said. “‘We’re just trying to drive business your way.’

“This step that they’re taking, the thing that’s been labeled the Google tax, that’s the exact opposite of that,” he said. “They’re intercepting traffic that was on its way to me, and then they’re taking their percentage. That’s patently unfair.”

“Google is supposed to lead your customers to you, not to a third party that captures your business. This is not the same level of objectivity that’s supposed to come with basic information.” 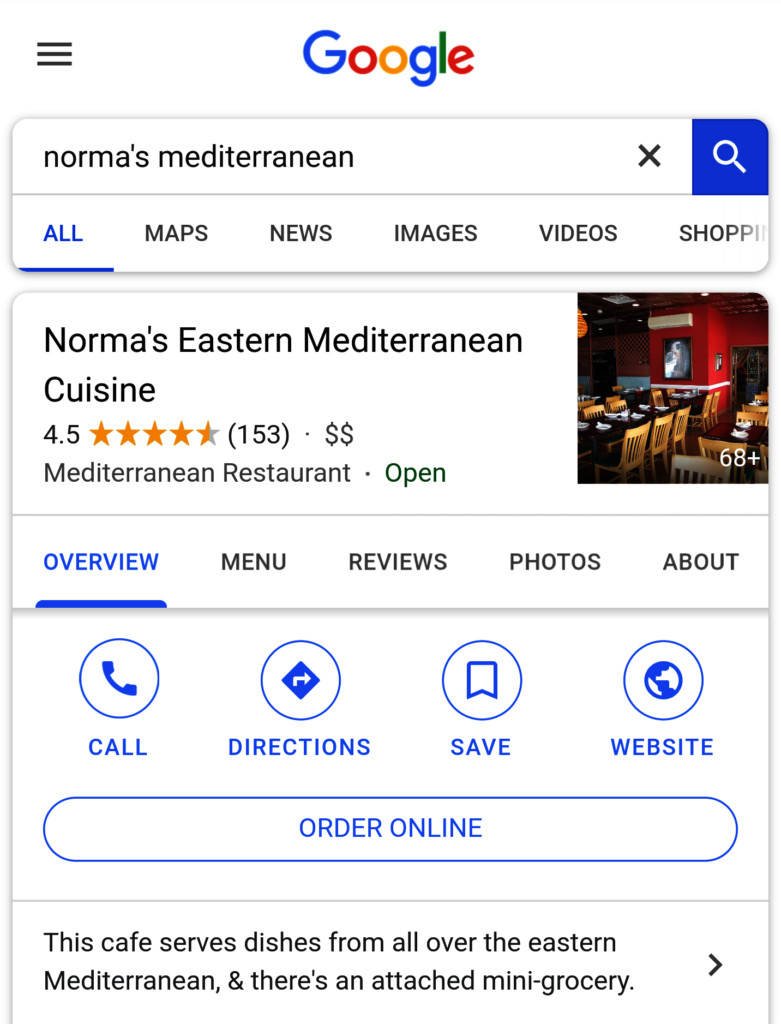 Bitar said he’s been battling the influence of the Google knowledge panel for years.

The shadow architecture that it’s created by scraping the web for details about his business has misrepresented Norma’s hours of operation, menu, and now, even the existence of its in-house order and delivery options.

He’s spent long, frustrating hours trying to correct it, as the out-of-state companies bounce responsibility for his complaints back and forth, never resolving them.

(Editor’s note: neither Google nor GrubHub responded to requests for comment on this story.)

“[Google] is supposed to lead your customers to you, not to a third party that captures business,” Bitar said.

“When you Google something, they tell you what is a sponsored ad,” he said. “That is to tell you that this is a solicitation. This is not the same level of objectivity that is supposed to come with this basic information.”

Bitar worries that customers won’t recognize the third-party service premium in the cost of their orders, and will instead associate it with the value of a meal at Norma’s. When customers use a service like DoorDash, with which the restaurant does not have an agreement, Bitar doesn’t have access to their information to address potential complaints. That can cost him future business.

“I always tell my employees, ‘I don’t want you to screw up on purpose, but when you do, it’s an opportunity to please,’” he said. “Some of our best repeat customers came off of a bad first experience, and then we show them we’re not just punching their food ticket.”

In addition to potentially cannibalizing his existing customer base and shorting his future opportunities, Bitar said third-party services are extracting money from a local economy that was built on family businesses like his. Corporate chains may have the excess capacity to absorb a few years of losses, but not smaller eateries that subsist on the 20-to-30-percent margins that third-party services exact.

“Maybe McDonald’s or Houlihan’s can absorb that kind of thing, but our economy can’t,” he said. “It’s taken years to gain the trust [of our customers]. There’s a lot of sweat equity in this place—me, my mom, my brother, 70, 80, 90 hours a week for 26 years.

“You can’t fix a fight by winning it,” Bitar said. “You can only fix it by losing. I wonder with these companies, what’s the endgame?”

‘If you don’t partner with them, you don’t get the customers’ 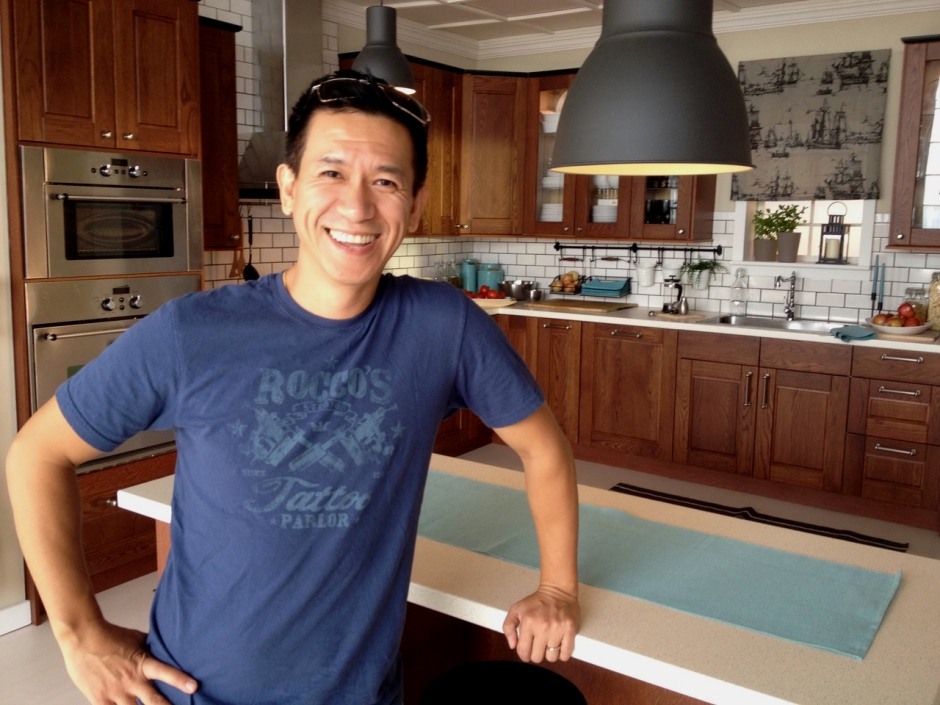 Just a few storefronts over from Norma’s, Pho Barclay owner Jim Ong said third-party services like GrubHub and Uber Eats function as an extension of his Vietnamese restaurant that he couldn’t sustain on his own.

“This world is going towards everything digital,” Ong said.

“Everybody’s looking at their phone all the time,” he said.

For Ong, the 30-percent premium he pays a service like Uber Eats covers the cost of a driver that he doesn’t have to keep on staff. He said the digital brands give his restaurant legitimacy in a crowded marketplace where it can be difficult to stand out.

To Ong, third-party services fulfill a need that he doesn’t have the time or interest to divert from his core business to address. They incorporate alternatives to traditional advertising that he believes are financially out of reach. But that doesn’t make it less of “a jagged pill to swallow,” he said.

“Do I like them charging me all that much?” Ong said. “No. But do I have a choice? Not really, unless I’m going to build my own platform, do my own marketing; do all that work.

Despite feeling like third-party services “leech off of all your hard work,” they also enable the habits of a consumer society that “is looking at their phone every five seconds,” Ong said.

“Who has the monopoly on that?” he asked. “Those big companies do, and if you don’t partner with them, you don’t get these customers. What can you do?” 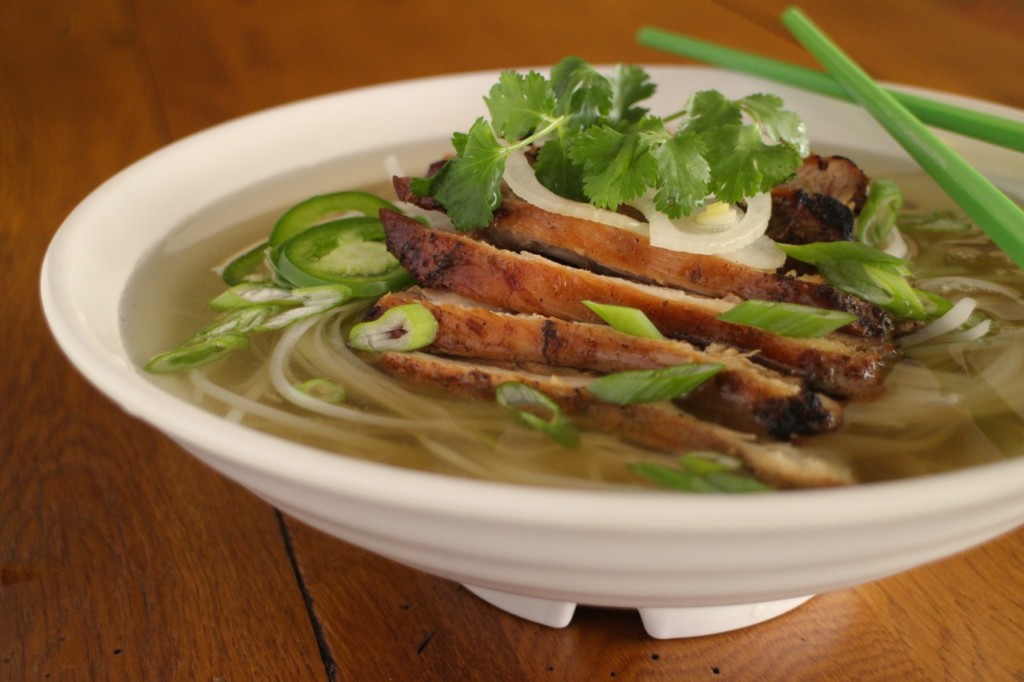 Grilled chicken pho is not a traditional Vietnamese dish, but it’s the most popular one at Pho Barclay, said owner Jim Ong. Credit: Jim Ong.

Delivery is a negligible segment of Ong’s overall business, which is centered on dine-in customers.

His biggest hurdles are customer education and cultural accessibility, which, to a Vietnamese noodle house, means English translations on the menu and cooked meats in the pho.

“The people who come to me kind of seek me out for what we do, and they’re very familiar with it,” Ong said.

“I’m trying to get more broad,” he said.

“The broad market, that’s where the big guys are.”

“This world is going towards everything digital. If I’m not in that game, I’m losing out.”

Upserve builds and supports online menu and ordering portals (Norma’s was built by a similar company, ChowNow) for a monthly fee.

The key for restaurants is “owning their online presence,” Steinman said, because Google partnerships and the consolidation of delivery services are only on the rise.

“The more loyalty you can build, and the more you can have consumers go directly to your restaurant, the better you are,” he said. “These technology companies, in their efforts to monetize, are putting up hurdles to do that.” 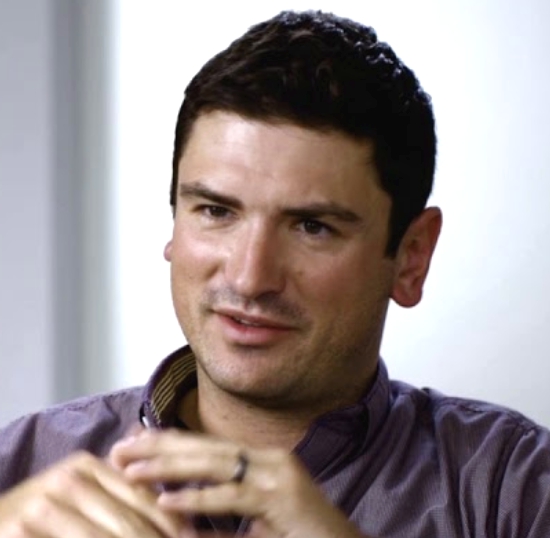 “We see it every day: a lot of these providers are focused on the users and not the restaurants,” Steinman said.

“The more restaurants can speak directly to their consumers, build loyalty, own their entire ecosystem as much as possible… I think as a general trend, that’s the solution.”

Steinman recommends that restaurants do whatever they can to change customer behavior, be it by direct marketing, loyalty programs, or incentivizing native or phone orders.

“Provide so much value that you’re building loyalty and having consumers come directly to your ecosystem so you’re not sharing any percentages with any parties,” he said.

“The more you can have people coming directly to you, that’s where success is going to lie.”

Bitar is onboard with all those strategies. Norma’s offers a 15-percent discount for first-time users of its online ordering system. He advertises the business online and in coupon mailers, sponsors dine-in fundraisers, and advertises in discount books sold by local schools.

Still, he worries that it won’t be enough to override the influence of convenience—or ignorance—on customer behavior.

“Online customers are very easy to trace, and it’s very easy to see that they are repeat customers,” Bitar said. “Once they go and order via GrubHub, through this knowledge-panel glitch, essentially, they’re no longer mine. I’m paying this tax every time they order.

“I have former employees who had no idea that it was costing that much every time they ordered,” he said. “I would gladly give my employees or my former employees a 15 or 20 percent discount, but why should these people get it for literally doing nothing?”