Trending
You are at:Home»Business»Di Vello’s Deli Reopens After Nine-Month Hiatus

Closed unexpectedly in the wake of a family tragedy, the landmark sandwich shop will have its grand re-opening Wednesday.

Opened by twin brothers Chris and Matt Di Vello when they were just 18 years old and looking for an business that would complement the bustling liquor store across the street, the venerable Di Vello’s Deli on Kresson Road has served up sandwiches, cold cuts, and gourmet Italian specialties since 1980.

So last November, when its windows were suddenly papered over and a for-sale sign appeared on its front walk, customers from the surrounding neighborhoods in Haddonfield, Cherry Hill, and beyond were taken by surprise—but not half as much so as owner Chris Di Vello.

The flood of phone calls, e-mails, and questions in the weeks and months that followed were no easier to answer than his own soul-searching. All Di Vello will say about it now is that a sudden family tragedy threw his life into upheaval and fervent prayer, and amid the urgency of attending to that need, even the business that was his life’s work became an afterthought.

At first, Chris Di Vello thought the only thing he should do was sell the shop. In the short term, he liquidated its inventory and assets, and helped a friend establish a separate, independently owned and operated Di Vello’s Deli in Medford with them. He entertained a variety of offers to part with the building on Kresson Road itself, but each seemed to not be the right fit for one reason or another. His real estate agent finally asked Di Vello if he was truly at peace with the idea of selling.

“I guess I was just trying to call my own bluff,” Chris Di Vello said. “I just didn’t want it to sit here. I turned down offers. I was talking myself out of it.

“I always said to my wife, ‘I really want to come back to this business and open it up again,’” he said. 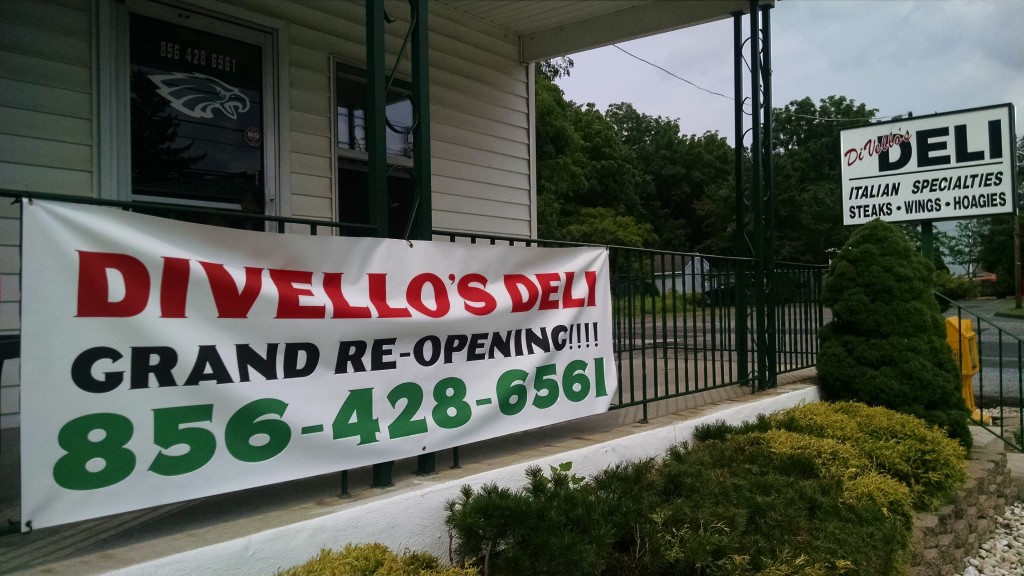 ‘The commitment never left me’

On Wednesday, July 8, he’ll do just that, as Di Vello’s Deli reopens after almost nine months on the shelf.

There are a few tweaks—the familiar wood paneling has been shed for a brighter interior and digital menu boards, and the large, adjacent parking lot has been roped off for safety concerns—but the heart of the operation is the same, right down to the prices.

“I’m going to be here, running the place, making sure that everything is consistent, like I’ve been doing since 1980,” Chris Di Vello said.

This time around, Di Vello’s will carry exclusively Boar’s Head products. The shop offers full deli service as well as specialty steaks and pressure-cooked buffalo wings. Its line of snacks, drinks, and sodas is complemented by an inventory of Italian specialties, both imported (sauces and dry goods) and local (frozen dinners from Rosselli’s Pastas of Medford).

Most importantly, Chris Di Vello will be back where his heart told him so strongly that he belonged: in the kitchen, serving up food prepared to a decades-old standard of quality.

“The circumstances for which I’ve closed have nothing to do with my passion to have my store or have my business,” he said.

“The commitment never left me. It’s my being.”