For the fifteenth book in his popular series, the author is touring with an elaborate, socially distanced promotional setup. Kinney’s visit is sponsored by Inkwood Books of Haddonfield. 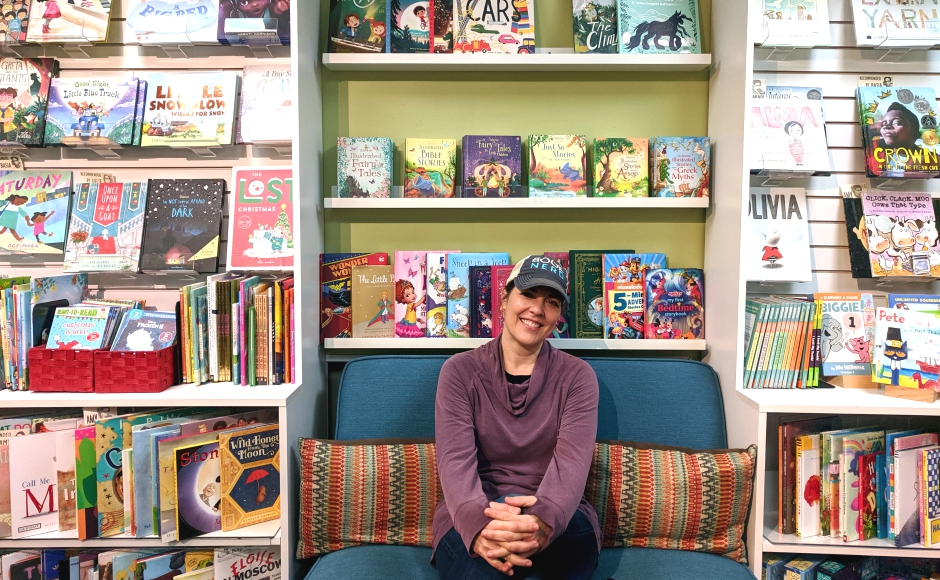 “To go back in the location, characters, the format of a book—all of that is like visiting an old friend,” says Julie Beddingfield of Inkwood Books in Haddonfield.

“There’s comfort in that for kids,” Beddingfield said, “especially now when there’s so little comforting for kids.”

If kids crave the reliability of an established book series, particularly during the upheaval of the novel coronavirus (COVID-19) pandemic, then they’re positively ravenous for Jeff Kinney’s Diary of a Wimpy Kid stories.

For the past 22 years, Kinney’s developed its titular character, middle-school weakling Greg Heffley, through the course of a variety of adventures, online and in print. The books have spawned a spinoff series, four movies (to date), and have become one of the most bankable young adult franchises in publishing.

And on Sunday, the author will bring the latest book in the series, Diary of a Wimpy Kid: The Deep End to Haddonfield for a socially distanced book signing.

Kinney got the idea for the tour after he hit the road in August to promote Rowley Jefferson’s Awesome Friendly Adventure, and realized how many families were grateful for the opportunity of something to do.

“I went up the East Coast in a van,” the author said. “I had a seven-foot trident, a mask, and my books, and that was it. I handed out books to kids as they came by in cars, and it turned out to be a really fulfilling trip.” 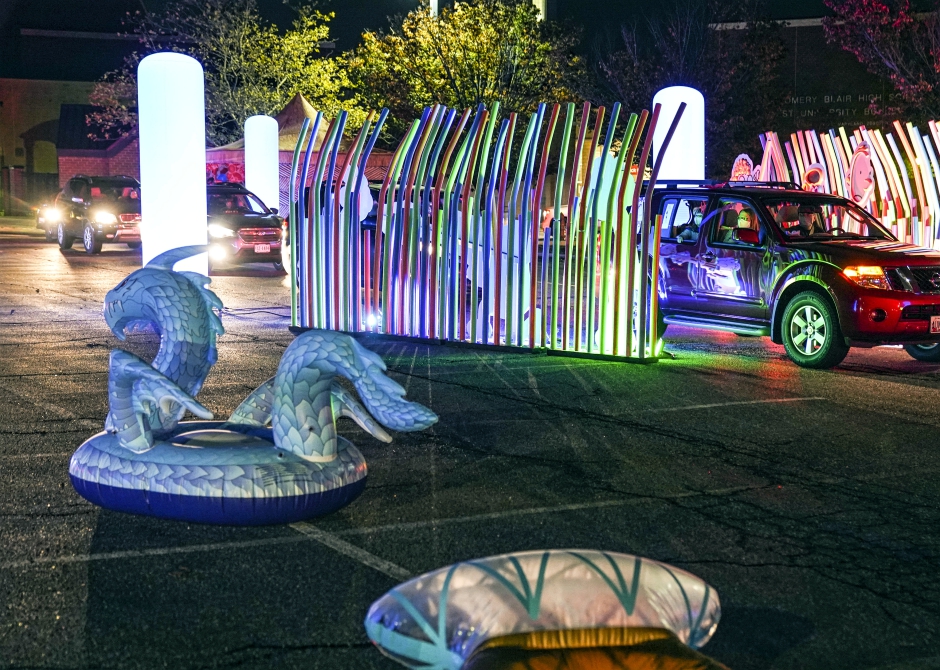 The positive reception made him feel like he could offer “something more amplified, more of an experience,” Kinney said.

“One of the things I realized a few months ago was that, by this time, kids were going to be really tired of Zoom calls, so we wanted to do something physical, even if it’s really limited,” he said.

From there—and in keeping with the theme of the new book, The Deep End—they drummed up the idea of a drive-through pool party.

“It’s a little bit extravagant,” he said. “It’s got lights and music; there are a few stations that people drive through. At the end, people come through the deep end, and when you emerge from that, I’m on a diving board with a pool skimmer, handing out a book.

“It’s wacky, but it’s fun,” Kinney said. “It’s a handoff, a quick interaction, and then a picture. Depending on the weather, I may nail the back of their car with a water balloon.”

The event in Haddonfield is already sold out, but Kinney will be signing books beforehand that will be available for sale at Inkwood Books. With some coordination from staffers—it takes eight people to make it work—he said he can sign as many as 1,000 in an hour.

The event is a boon for Inkwood Books owner Julie Beddingfield, who said 14 author events have been cancelled during the pandemic. 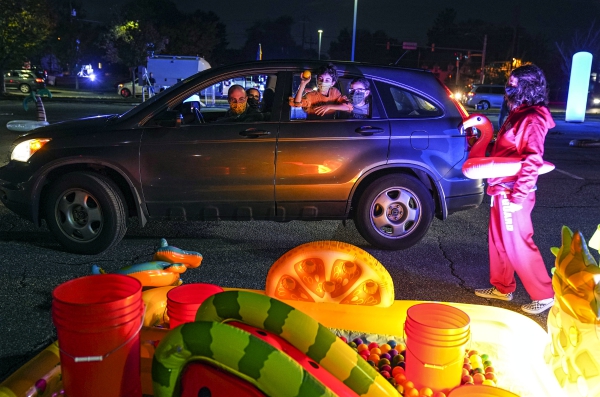 “That’s a lot, and this kind of makes up for that,” Beddingfield said.

“Generally, most of the big-name authors go to Philly.

“It takes a lot of convincing to tell a publisher we are a different kind of market and we have an audience here,” she said.

“We can pitch to bring authors here, but it’s really hard to get them.”

Beddingfield established Inkwood as a draw for publishers after a successful event with novelist Amor Towles, author of A Gentleman in Moscow, last year. But the store won the rights to Towles’ appearance in a window display contest, whereas Kinney’s visit was offered by Wimpy Kid publisher, Abrams.

“My publisher’s real good at finding the right bookstores,” Kinney said. “It’s really been great to be able to go a little bit slower and take our time and get to know the bookstore owners.” 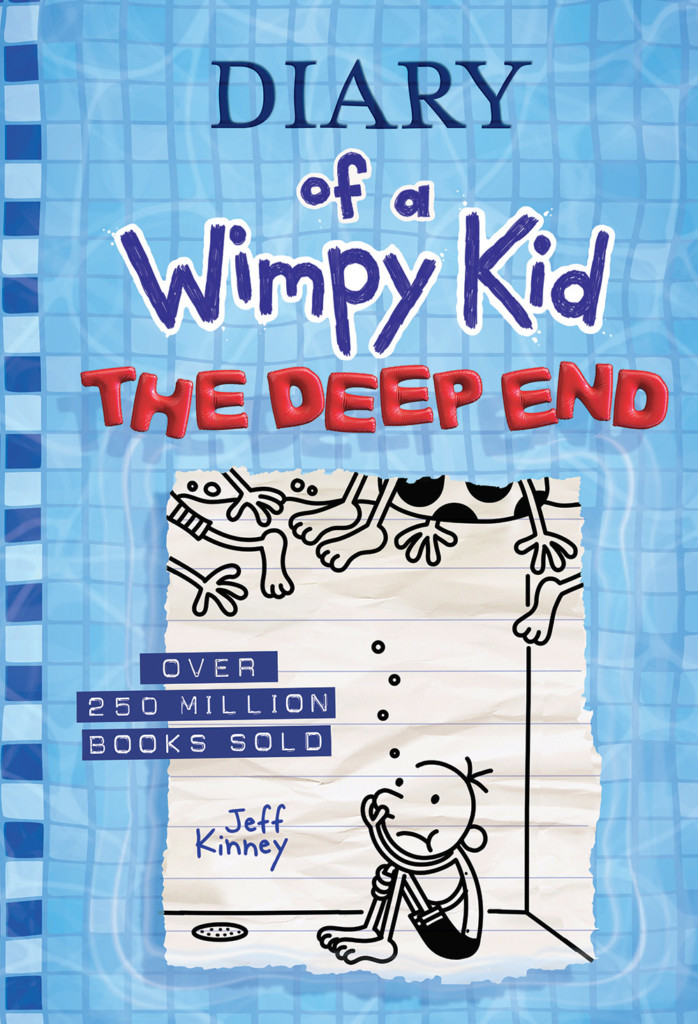 It also helps that Kinney has a foot in both sides of the business.

Together with his wife, Julie, he operates An Unlikely Story, a bookstore and café in Plainville, Massachusetts.

Kinney is sympathetic to the plight of independent booksellers not only because he is one, but because so few are in business today—and fewer still might be left after the pandemic subsides.

“I think every town should have a bookstore at the center of the town.”

As much as every town should have a bookseller, every bookseller is happy to carry the newest release from a best-selling author, and Kinney is certainly that. The Deep End is the fourteenth sequel to Diary of a Wimpy Kid, a series that’s sold 250 million copies and counting.

Kinney attributes that success to its text-with-embedded-doodles format, a style he pioneered, and which he describes as “long-form cartooning.” And although Wimpy Kid’s plots and characters are evergreen—“we expect our cartoon characters to go on and on,” he said—Kinney confessed to feeling the intrusion of the pandemic on The Deep End, which he describes as “a COVID-adjacent book.”

“That gets a bit harder at a time like this,” Kinney said. “I knew I was going to be writing a book that was going to come out in a pandemic. We’re living through this together.”