The children’s literacy program, an exclusive event by Friends of the Haddonfield Public Library (FOL), received pushback from residents questioning its content. FOL says its message of inclusivity is important. 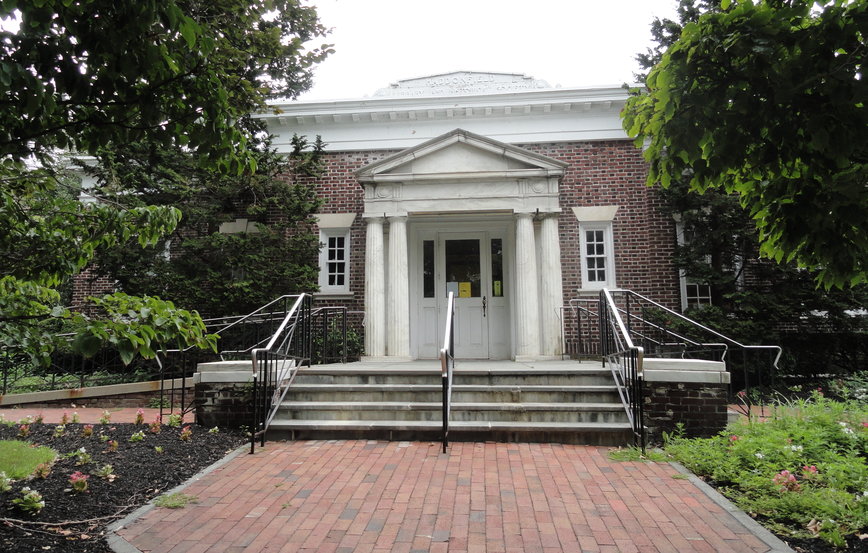 Resident criticisms of an upcoming, drag-queen-led children’s story hour by Haddonfield Friends of the Library (FOL) led to an emergency meeting of the Haddonfield Public Library (HPL) board last week, as the library worked to shore up its support for the event.

A notice advertising the meeting reported that its agenda was “limited to discussion of, and acting with respect to, the finalization of a diversity, equity, and inclusion policy, which has become necessary due to public statements directed at the Haddonfield Public Library’s upcoming Friends of the Library Drag Queen Story [Time].”

“There have been some remarks regarding the program,” Library Board President Amy Goodworth said, calling the meeting to order. The HPL board wanted to make a public statement “to ensure that the board and library are for the inclusion, diversity, and equity of all community members,” Goodworth said.

Those remarks included comments from Haddonfield community members who feared that Drag Queen Story Time “would expose kids to sex at an early age,” Haddonfield Library Director Eric Zino said. He added that the library had been asked to confirm whether the event “would be a live sex show, or simply a reading of children’s books, with no sex acts being performed, discussed, simulated, or referenced in any way.”

Although the library had been working to update the messaging in its policies “that speak to our commitment to diversity,” those remarks spurred its board into action “so we could begin and refine that work,” Zino said.

“When we get questions, we respond in a way that we hope creates interest, or support, or at the very least, understanding,” Zino said. The emergency meeting “was us doing the work that we need to do so that we can make clear affirmations” about the library “being a place for everybody,” he said.

“Our strategic plan is about outreach and building more opportunities for people,” Zino said. “We’re always looking for opportunities to find out if we’re doing things right, and that was the purpose of the meeting.

“We hope but we cannot promise that experiences [with the Haddonfield Public Library] are going to be positive, and that people can and do have a way to access what they want or need, free from judgment, or bias, or stereotypes, and absolutely with their dignity affirmed,” he said. 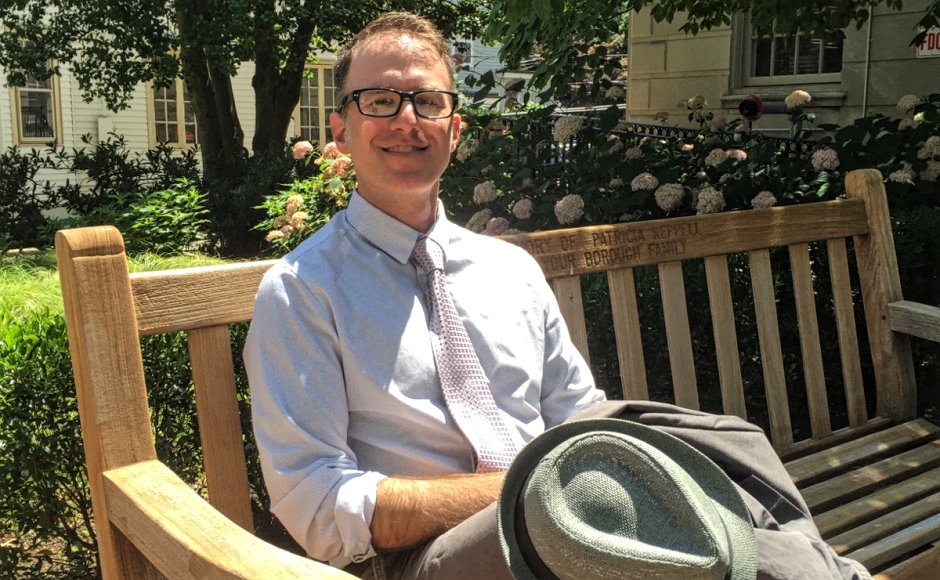 Zino said it’s the first time during his tenure as library director that he’s been made aware of any complaints about the content of library programming.

He also noted that Drag Queen Story Time is a members-only, online Zoom event hosted by FOL, a nonprofit booster group that raises funds for the library, but operates independently from it.

‘You know what you’re signing up for’

In addition to the actions taken by the HPL board in response to the comments it received about Drag Queen Story Time, the library will commit a subcommittee on diversity comprising FOL members “to see if we’re thinking about all the multiple dimensions of the communities that will be executing the mission and vision for this library’s plans,” Zino said.

To him, that extends beyond any single event produced in conjunction with the library and into the content of the materials in its collections.

“When you walk in the building, and we say that we’re for everybody, but you don’t find any words that clearly say it, or you can’t find any representation in the collection that reflects you, then maybe we’re not doing our jobs,” Zino said.

“We’ve already done some great things, and have this in mind with our collection development, but the subcommittee and its input in our planning and execution gives us another lens to see through as we evaluate our performance for success,” he said.

“I can say that the group of selectors here does intentionally think about all members of the community,” Zino said. “I think they’re doing a good job. It’s part of their intentional process, and that’s a good thing.”

Audrey Adams, co-President of FOL said that Drag Queen Story Time was conceived as a private event exclusively for its membership since the novel coronavirus (COVID-19) pandemic scuttled its traditional fundraising opportunity, a book sale. 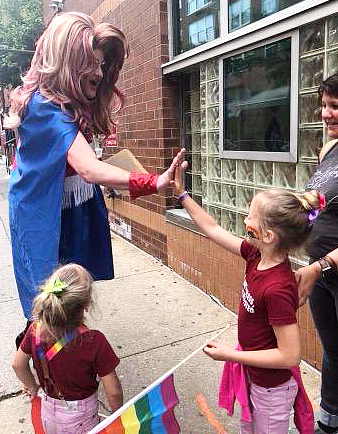 “It’s not something that the public would walk by,” Adams said.

Despite having received some negative feedback about hosting the event, Adams said FOL “feel[s] strongly that it is a wonderful program, that it’s been vetted, that it’s been used at many other libraries as well as synagogues and schools.”

“We partnered with her on the book selection, and the trustees picked some favorites that we’ve read in our own families,” she said.

“None of our members complained that we know of.”

Despite a handful of residents’ objections, Adams said FOL has received “overwhelming support” for the program. Nearly 30 families have already registered to attend, and FOL has added new members who wanted to join just to see it, she said.

“There is a very large portion of the community that wants to see representation,” Adams said. “Hopefully we’ve created some exposure and understanding for people who didn’t have it previously.

“I don’t know that we changed any minds, but we’ve tried to be thoughtful about our social media and engagements around this to explain it and make sure people know where we’re coming from,” she said.

‘We’re not trying to push an agenda’

He said he’s encountered occasional pushback for his events, including protestors from the Westboro Baptist Church, who trolled one of his events at a library in Germantown. Worse, however, was the recent, high-profile arrest on child pornography charges of a Milwaukee judge who was a Drag Queen Story Time supporter, which has created uncomfortable guilt-by-association critiques of the program, Morrison said.

“Now any time someone hears Drag Queen Story Time is happening, people don’t even bother to do research,” he said. “It’s aggravating. People complain before they experience it, and that’s the worst.”

Morrison said he’s completed extensive background checks in order to offer Drag Queen Story Time to Philadelphia libraries, schools, parks, and museums. The program (and Morrison) were recognized by Philadelphia Family Magazine as the “best community builder of 2019,” and Morrison’s group, Philly Drag Mafia, has been lauded for its charity work throughout the city.

Among its achievements: creating the first LGBTQ+ brigade in the history of the Philadelphia Mummers Parade, and leading sensitivity training around it, for which they received a citation from the city government.

“I’m not just some drag queen off the street,” Morrison said. “I’m a professional going on 25 years of doing shows.” 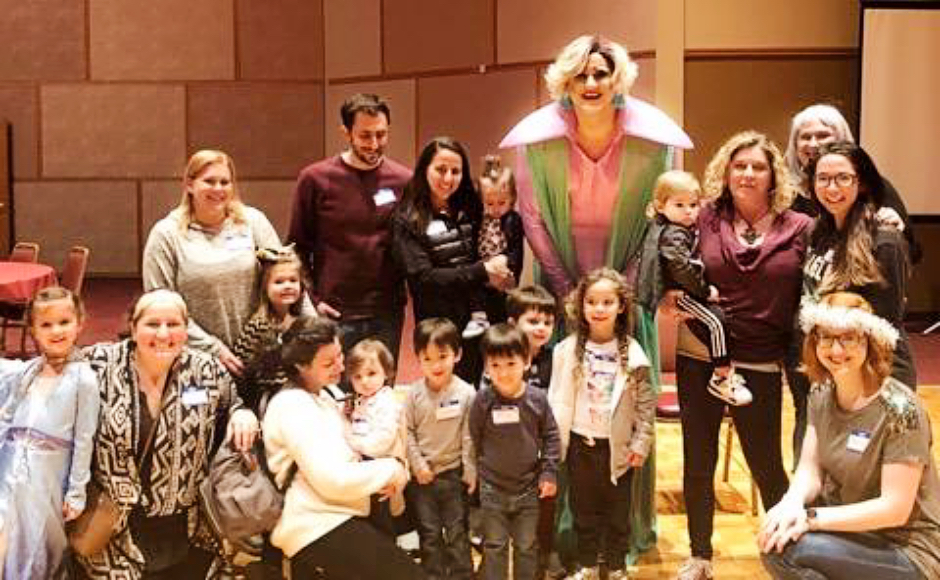 To Morrison, Drag Queen Story Time is fundamentally a literacy program that helps children “to develop a sense of diversity, acceptance, and being open.

“We’re not trying to push an agenda,” he said. “We read books for all communities and all cultures.”

The importance of reaching young children through an event like Drag Queen Story Time is to approach them at an age in which they are “open to learning about new cultures [and] new lifestyles,” Morrison said.

“Kids need to know that they’re all original people; that they’re their own person,” he said. “Kids are open to love, diversity, and acceptance. Any kind of hatred is taught, and we’re the exact opposite of that.”

As innocuous as moral panic around an event like Drag Queen Story Hour may seen, however, the impact of transphobia on vulnerable populations isn’t. In The New Republic last week, writer Melissa Gira Grant explored the connections between objections to LGBTQ+ programming and anti-trans legislation that have arisen around drag queen library events.

“There is no drag queen conspiracy,” Gira Grant concluded. “Trans kids, however, are at risk of being denied life-saving care, losing their families, and facing systematic exclusion from education and athletics, under the cover of law and ‘child protection.’

“The propaganda machine that got us here was not operating in secret; it has been on cable news nearly every night,” she wrote. “The horrifying and almost immobilizing reality is that none of this had to be true to work.”

Drag Queen Story Time will be presented by Haddonfield Friends of the Library from 11 to 11:45 a.m. June 19. Attendance is limited to FOL membership.