Trending
You are at:Home»Business»DRPA Freezes Bridge Tolls Through 2022, PATCO Ridership Highest in 25 Years

The agency is hoping to hold rates on the PATCO Speedline service as well, and plans some $200 million in capital investments for this calendar year. 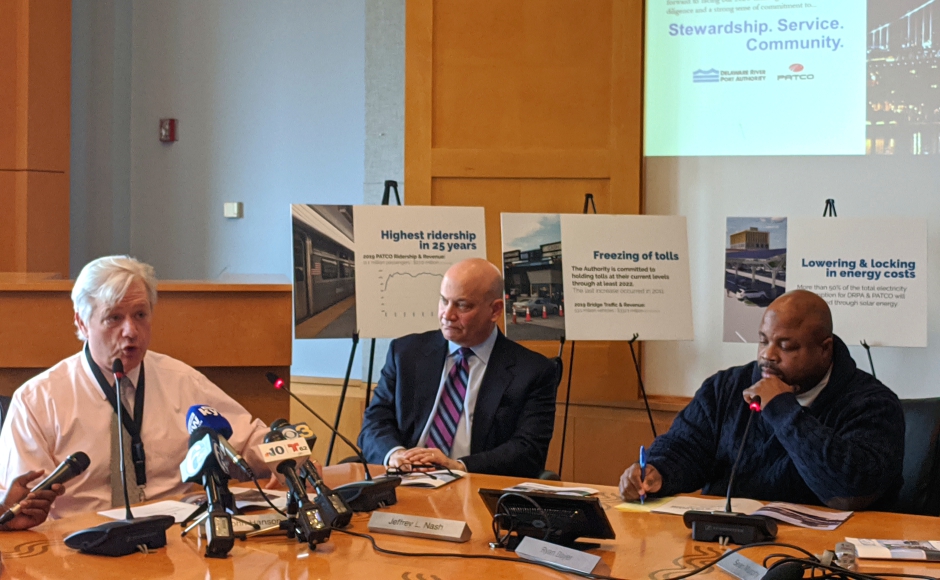 Commuters on both sides of the Delaware can expect bridge tolls to remain at their current rates for at least the next two full years, the Delaware River Port Authority (DRPA) announced Tuesday, and CEO John Hanson said the agency hopes “to hold PATCO fares as well.

“At this juncture, there is no planned PATCO fare increase and none in the foreseeable future,” Hanson said.

Along with improvements in the corporation’s financial position, Hanson credited a 25-year high in Speedline ridership (11.1 million people) and strong vehicle traffic (53.1 million vehicles) in 2019 with generating a planned $75-million surplus for 2020.

DRPA plans to leverage those resources into an aggressive, five-year capital improvement strategy that will refurbish all four major area bridges, put elevators at all 13 PATCO stations, and re-open its Franklin Square PATCO Station in Philadelphia by the end of 2023.

“We’re projecting some of the biggest years of investing in the infrastructure here at DRPA/PATCO, and we’ve continued to decrease the debt and remove risk from that portfolio,” Hanson said. 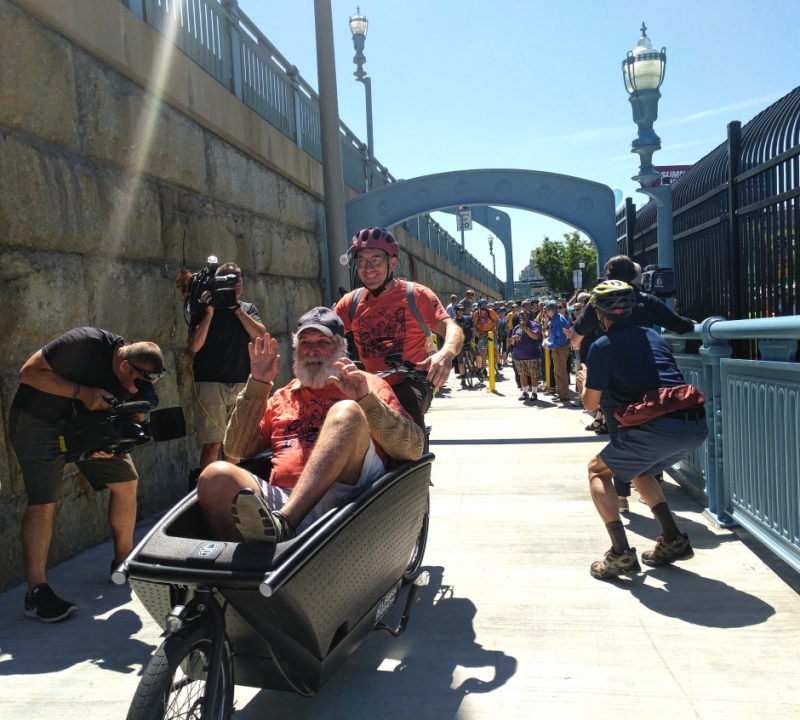 During its 50-year anniversary in 2019, DRPA completed a $194-million overhaul of all 120 Speedline rail cars, opened a bicycle and pedestrian ramp on the Ben Franklin Bridge southbound, and rehabbed its the parking lot at the Woodcrest PATCO station.

In the next three to four years, the agency will maintain the span and anchorage on the Ben Franklin Bridge, clean and paint the Betsy Ross and Commodore Barry Bridges, and will improve two miles of highway between the Walt Whitman Bridge toll plaza and the I-76-Passyunk Avenue interchange.

DRPA is also committed to “lowering and locking in energy costs” so that more than half its energy consumption will come from solar sources, Hanson said.

Projects dedicated to generating that power will include solar array canopies in the lots of its four biggest PATCO stations: Ashland, Lindenwold, Woodcrest, and Ferry Avenue.

The project with the greatest public interest seems to be the planned re-opening of the Franklin Square PATCO station. The $29.3-million project will restore a station that has been closed for some 40 years, improving commuter service to an area of the city that is experiencing a surge in residential redevelopment, Hanson said.

“We appear to be on a trend to approach the highest [rider]  levels ever for PATCO,” he said. “That translates to people we are serving.

“Transit is a catalyst for growth in our neighborhoods, in our communities, in our businesses, so we’re very proud of this performance.” 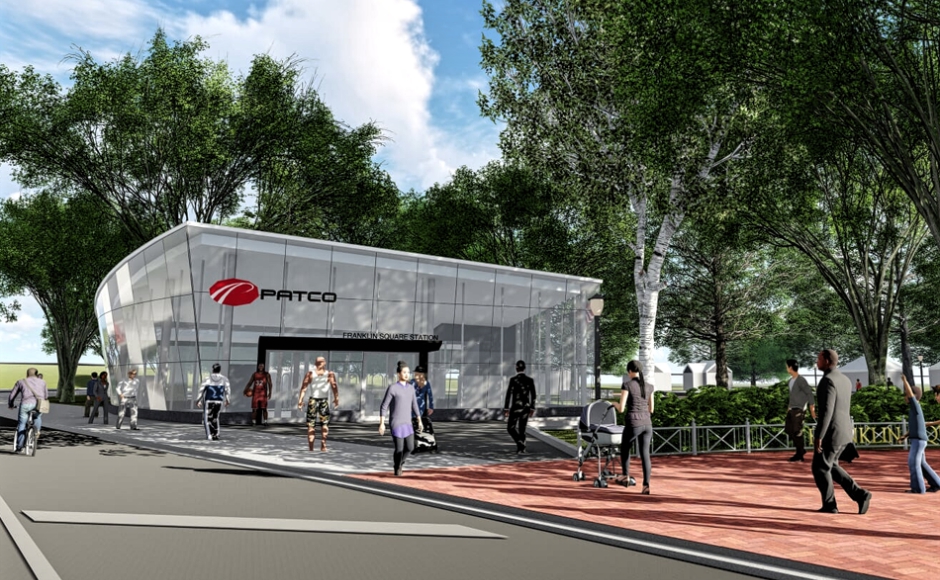 Despite proclaiming the linkage between transit access and community growth and development, Hanson was careful to point out that the agency has no interest in financially participating in any such projects.

On the Jersey side of the river, PATCO Speedline stations in Haddonfield, Westmont, and Collingswood play key parts in those communities’ affordable housing plans, as areas of reasonable opportunity for future development.

“We’d be supportive, we’re believers in it, but we’re not going to fund it,” Hanson said. “It’s not something we’ll be engaging in from a funding perspective, or devoting management resources [to].

“The public has been very, very clear that they want us to stick to our core mission of operating the PATCO Hi-Speedline and the bridges,” he said.