Trending
You are at:Home»Business»Duck Duck Goose Returns to Merchantville from Collingswood

A singular opportunity for owners Katherine and Ato Swann means that the family is relocating its business to the hometown from which it was recruited two years ago. 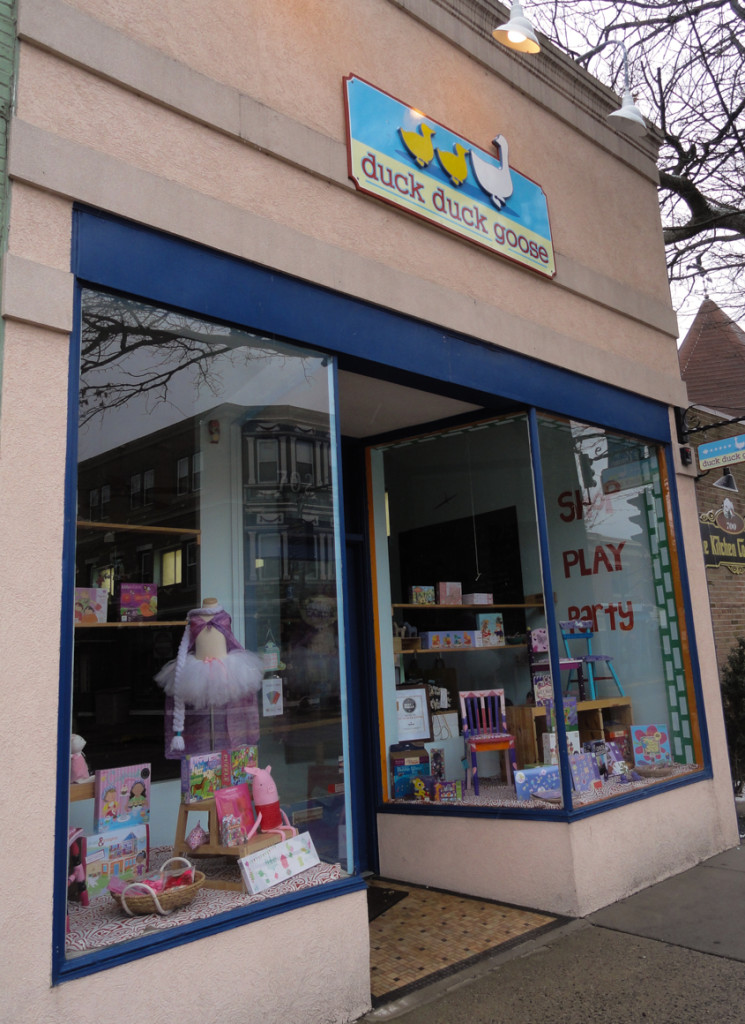 Katherine and Ato Swann, the couple behind the Haddon Avenue toy store, have decided to relocate the business to their Merchantville hometown—and it took a one-of-a-kind opportunity to make them do it.

“When we first moved to Merchantville almost four years ago, there’s this one building that is beautiful,” Katherine Swann said.

“Every time we walked by, my husband and I thought, ‘That’s the perfect building,’ but that business has been there since 1950, and it’ll never be available.”

The storefront in question—at the intersection of Centre Street and Maple Avenue—was occupied for a number of years by the Community Sports Shop, until an August 2013 fire in the upstairs apartments.

The property was renovated afterwards, but the sports shop relocated, leaving the Swanns with an opportunity to move into the building of their dreams–which just happens to be located two blocks from their home and across the street from the elementary school their children attend.

“It’s like living in Philadelphia and having the Wanamaker Building become available,” Katherine Swann said.

“We wouldn’t do it for any other building except for that building.”

So duck duck goose will head back to the borough from which it was recruited by Collingswood, targeting an April 1 grand opening date. 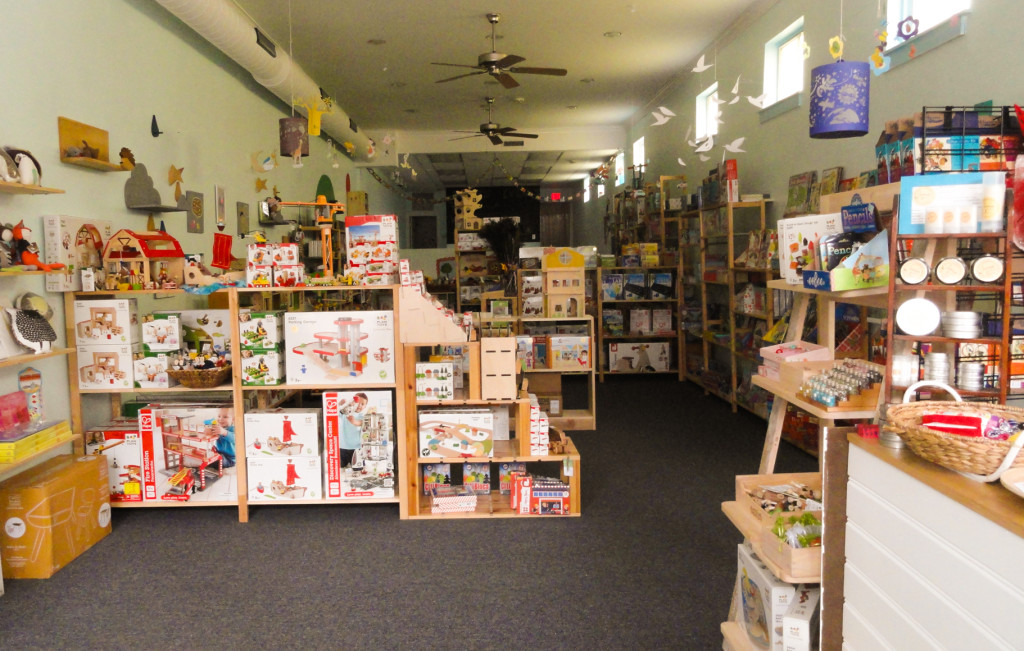 The move is not only a natural fit for that business—and for Katherine Swann, who was recently elected to the Merchantville Council—but it will also give the family the opportunity to be closer to its next investment project, the rehabilitation of the historic Merchantville train station.

The new property will allow duck duck goose to regroup as a dedicated try-before-you-buy toy store, with an inventory that includes used toys as well as Legos by the pound or by the set.

It should also give the corner at Maple and Centre the strong anchor tenant it has lacked since the departure of the sports shop.

The Swanns are hopeful that their regular customers will follow them to the new space, but they also acknowledged that a certain percentage of their business will be irreplaceable without the  Collingswood restaurant scene. 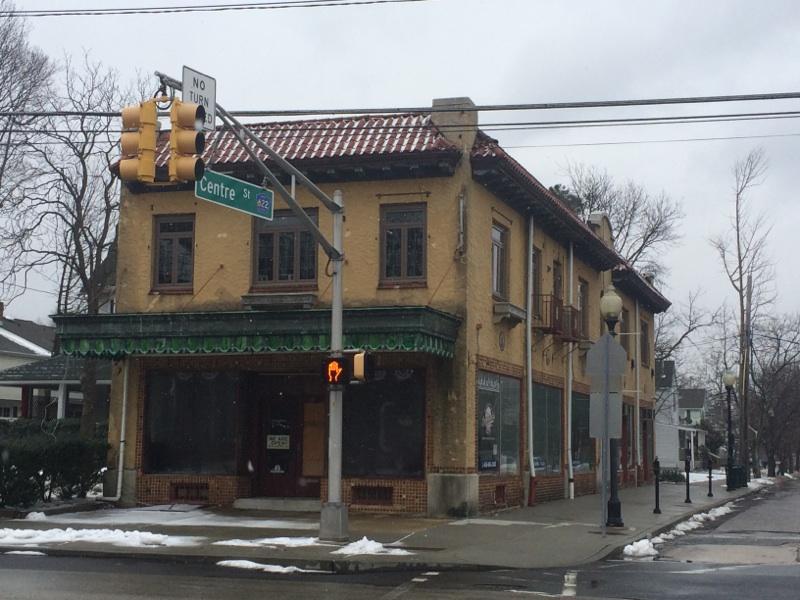 “There’s definitely a strong base of people in town who support the town, and then it’s also like a tourist town because there’s so many people who come for the restaurants, you’re almost like this side attraction,” Katherine Swann said.

“I’m hoping that we’ve developed a relationship that our customers will come visit us in Merchantville because it’s so close,” she said.

“As much as Collingswood has brought us into their community…the emotional part of that, it’s hard to walk away from.”

The move should also help duck duck goose, which was initially established as a children’s play area, to refocus its business model on product selection, Katherine Swann said. 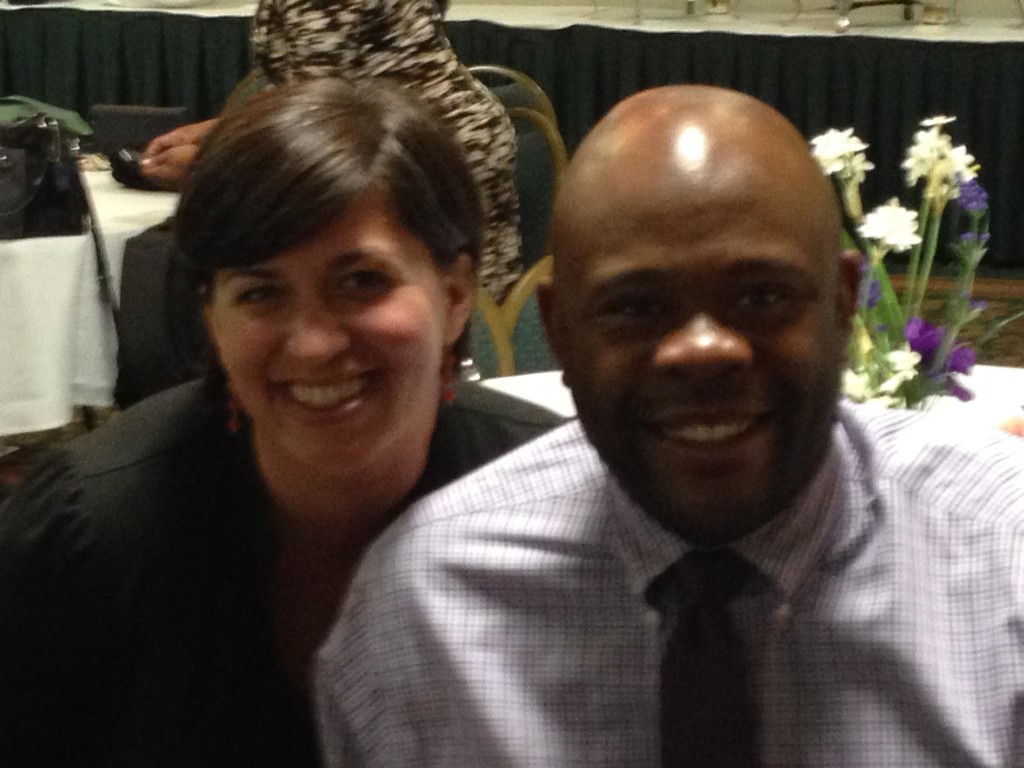 Whatever form the new incarnation of duck duck goose takes, the Swanns know that the business will still be reliant on customers who actively choose to support local merchants instead of big-box stores.

They are hopeful that the formula for success patterned in the Collingswood business district—a picturesque, walkable downtown with destination retail and public transit—will be something they can help to grow in Merchantville.

“The difference here is most people go to Target; they go to the mall, just in their daily lives. It’s easy and convenient while you’re there [to shop]; ‘I don’t have to make that extra trip.’

“When you’re in a suburban community, that’s just the challenge that you have,” she said, “whereas when you’re in a city, it’s more convenient for you to walk a few blocks and go to the store. You’re always going to have that battle, and it’s an uphill battle.”

Yet even in the opportunity to write another chapter in the history of the family business, the Swanns feel that saying goodbye to Collingswood will be bittersweet, especially in leaving behind their most loyal supporters.

“After Local [Collingswood] closed, one customer came in and said, ‘It just hit me how much small businesses struggle, and how much you put into it, and I want you to know how much I appreciate you, and I’m coming out to buy something today,’” Katherine Swann recalls.

“After feeling that supported, it’s really hard to leave,” she said.