Chris Farry of Runnemede is partnering with the Haddon Heights and Camden County governments to construct a dog park and trail network at Hoff’s Playground and the scout cabin in the borough. 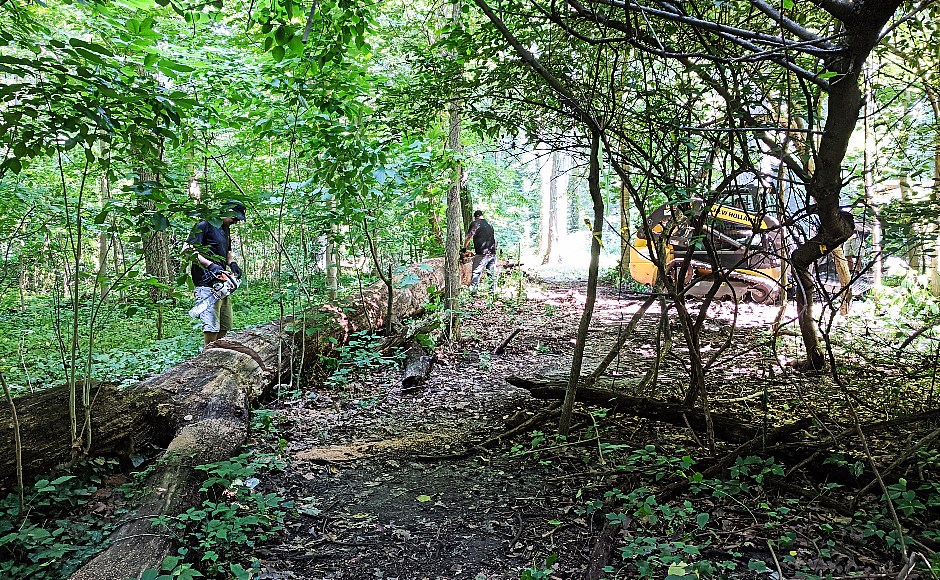 It’s a muggy August Monday in Haddon Heights, and the sounds of heavy equipment echo through the early quiet.

Chainsaws roar to life; a wood chipper belches a steady arc of sawdust.

A compact track loader lugs fallen logs half the size of telephone poles, and twice as thick, along a damp, freshly packed dirt path.

Seventeen-year-old Chris Farry of Runnemede looks over the scene, clutching a notebook, while his dad, Chris J. Farry, chats with the crew from the Camden County Department of Public Works.

They’ve got a little more than two months to turn this tangle of saplings, undergrowth, and fallen tulip poplars into a live dog park and trail network. Chris Farry must complete the work, his Eagle Scout service project, before his 18th birthday; a capstone experience to his years of scouting.

“I’ve been working towards this for 10 years,” Chris Farry said. “I’d really like to give back to the community and the scouts because they’ve done a lot for me.”

Historically, just four percent of all children who participate in scouts earn their Eagle Scout rank (in 2019, that number doubled to eight percent). Projects typically are funded with donations and executed with volunteer labor, and must have a community service component as their focus.

Chris Farry’s plan is to line the clearing with 550 feet of black linear vinyl fencing to create a live dog park; the first in Haddon Heights. Modeled after the park at Timber Creek, it will incorporate greenery and a network of trails into the design, leveraging a $25,000 county open-space grant and scouts’ sweat equity.

After county work crews clear the site, reserving wood chips for bedding on the grounds and younger saplings to line the trails, the scouts will help set fence posts, install fencing, and repurpose the fallen logs into benches onsite.

Chris J. Farry, who operates Holiday Services, a landscaping company, and Woodchucks, a landscape equipment repair service, is supporting his son on the project. He’s secured some important in-kind donations—a brush hog from Ed’s Rentals of Sicklerville and a renovator from Jimmy the Cricket—to get the work done. The Farrys consult with Camden County DPW workers on the site of their dog park build. Credit: Matt Skoufalos.

Ask him about how it feels to do the job alongside his son, and he wells up with pride.

“It took a lot of years to get to this point. We want to see it through.

“I never really thought the scale of this project would happen,” he said.

The Farrys pitched the idea to the borough government a few weeks before the novel coronavirus (COVID-19) pandemic hit South Jersey. As a year-and-a-half ticked by, with Chris Farry at risk of aging out of eligibility for his Eagle Scout rank, they were hours away from pulling out of it when they got the call to proceed.

Now they’re just weeks away from Holly, the family’s two-year-old Goldendoodle, romping through the trails her owners will have constructed.

Haddon Heights Scout Troop 67 leader Paul Swanholm said Chris Farry’s efforts demonstrate the commitment he’s shown to scouting as well as the skills that the scouts have given him.

“It’s a great thing; he’s done great research,” Swanholm said. “Whenever people would ask if there’s a dog park or could be, I’d reply, ‘We have a scout planning on doing it.’

“Chris has been a great scout; he’s been dedicated,” he said. “We as leaders try to do as much as we can to get them to that point.”

“Without Chris coming forward and saying, ‘I want to build this,’ we would have kept talking for a few years,” McCann Johns said. “His initiative and his dad’s abilities as a licensed landscaper really got this off the ground.”

With the county providing supplemental labor from its public works crews to clear the site, the scouts and other project volunteers are free to focus on constructing the park and its amenities. 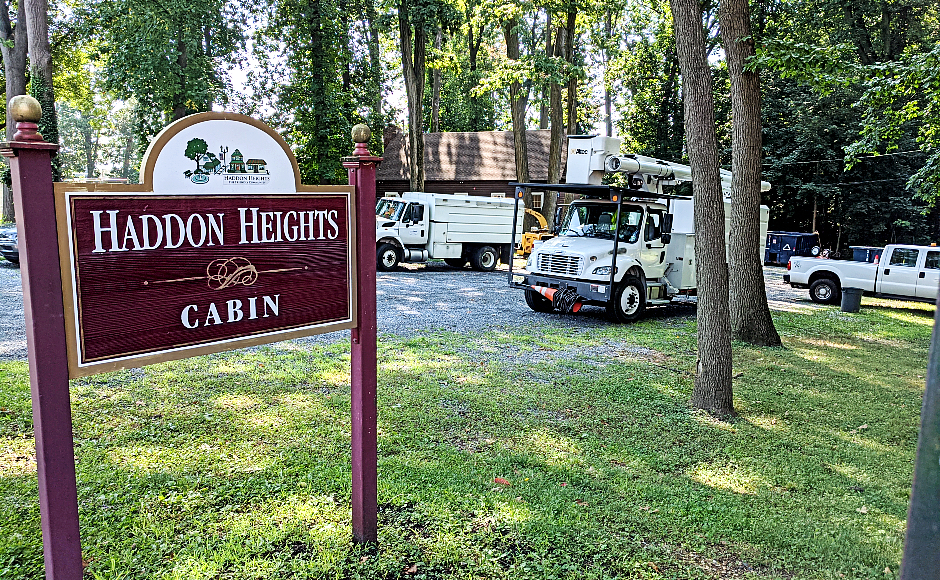 Those extra hands allow more money to be directed to purchasing the materials necessary for the site.

Like all Eagle Scout projects, Farry’s relies upon community contributions for funding (to support the project, send an email to haddonheightsdogpark@gmail.com).

“To be able to hand it over to the town [when it’s done], and it’s this town’s asset; the community is behind making it happen,” she said.

Although the cabin at Hoff’s Playground shares a historic legacy with the scout community, the wooded glade beyond it wasn’t the Farrys’ first choice for the dog park.

In consultations with the borough and county governments, they first considered locations in Haddon Lake Park and Haddon Heights Park, but abandoned the former for a lack of parking and the latter because of complicated stormwater drainage issues.

The site at Hoff’s Playground, however, presented an opportunity to clean up storm damage from felled trees last spring as well as offering a secluded area with greenery and a connected trail network.

“This is something people have wanted for a long time,” Haddon Heights Mayor Zach Houck said.

“Council is excited,” Houck said. “The fact that we can bring multiple groups together to not only facilitate this project, but complete the work on a 2020 open space project—the trails—is great.” 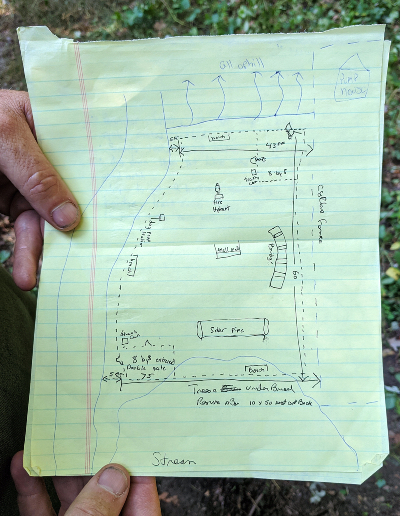 By matching dedicated public greenspace funds to an outstanding need in the community and an energized group of volunteers to put it into place, the Haddon Heights Dog Park is three-for-three.

It will establish conservancies—independently operating nonprofit organizations run by the communities that surround the county parks system—as part of a plan to improve all 23 park systems with new amenities where they are missing.

“They could not only apply for state funding to improve their parks, but organize cleanups and have eyes and ears on the ground to let us know what is going on, so everyone in the community can get engaged,” Nash said.

“We’re giving the community ownership of the park that is maintained by Camden County.”

In the meantime, Nash reaffirmed that the county parks department “will always match every Eagle Scout initiative with a plan from our parks.

“I am always impressed and amazed how well an Eagle Scout does to improve a community,” he said.