The biggest points of contention so far center on voters who expected to use an electronic machine at the polls instead of a paper provisional ballot. 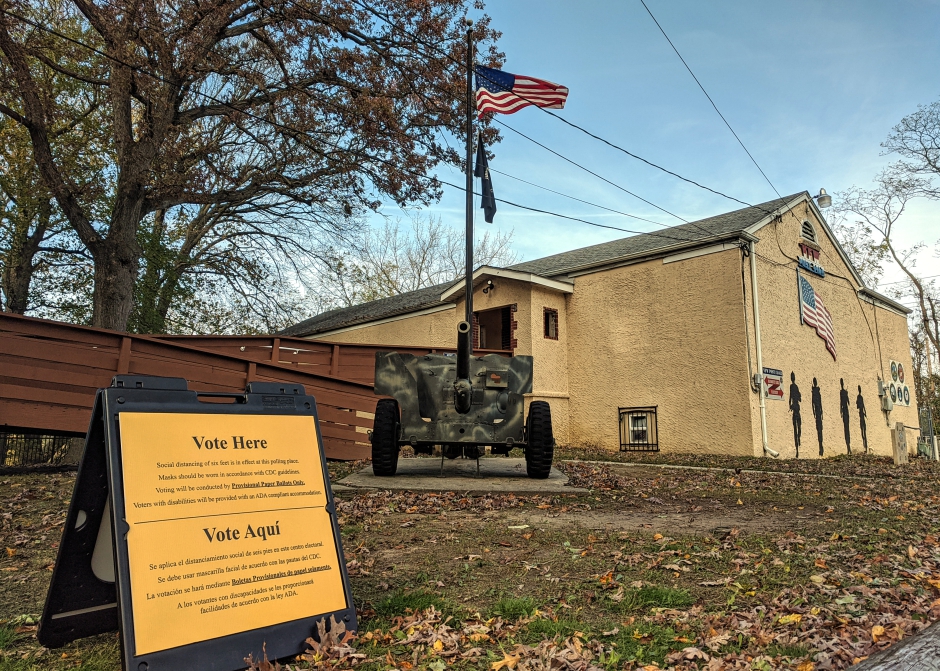 For the most part this Election Day, Camden County in-person voters seemed to have a smooth experience at their polling places.

Staff at voting locations in four communities report that waits were limited, if at all, throughout most of the day, with the lunch hour—commonly a busy time for pollsters—slower than normal.

The most frequently reported hurdle involved the misconception that in-person voting would be done using an electronic voting machine; however, those devices are provided only for voters with disabilities.

“You are voting in person, you’re just doing it on paper,” said one poll worker.

At multiple polling places, some voters reportedly refused to vote if they couldn’t use the machine. More than one was alleged to have raised a fuss about it; others held their tongues.

“You could tell some people wanted to go off, but they didn’t,” another poll worker said.

Other, more common concerns also presented themselves, including complications due to voters’ changes of addresses, confusion over filling out provisional paper ballots, and anxiety involving making sure ballots would be counted.

“Most people were quite pleasant and happy,” said yet another poll worker. 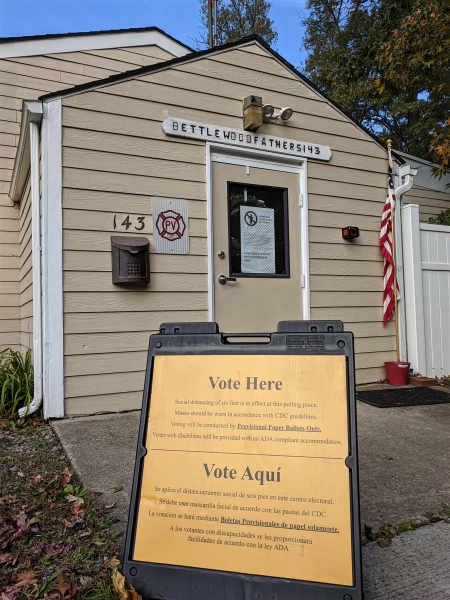 Plenty of voters showed up at polling places in their home towns, as well as at the Camden County Board of Elections in Blackwood, to deliver their ballots in person.

Election workers would be dispatched to empty them twice during the day, he said.

Overall, “it’s been very calm; very quiet,” Ambrosino said, with “no lines and no reports of issues.

“Most people are bringing in their completed ballot,” he said.

“Some people like the experience of going to the polls.”

Camden County election workers began counting ballots starting last Monday, thanks to a new law that enables them to do so in order to help address an unprecedented volume of mail-in votes.

They’re getting some extra help this week from 30-plus National Guardsmen and women, detailed to the Board of Elections to support their efforts, and working in shifts.

Elections workers will continue to count ballots until 11 p.m. this evening, and could upload results to the county website after that. Each day thereafter, Ambrosino said those watching the tallies should expect to see additional results updates daily around 8 p.m. 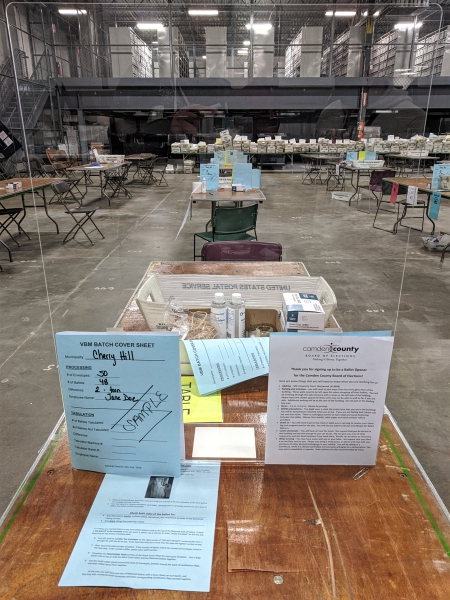 Ballot processing station at the Camden County Board of Elections. Credit: Matt Skoufalos.

Ballots can be received by mail until November 10 with an Election Day postmark, and then provisional ballots will be tallied November 11.

Voters whose ballots have issues that need resolution will have until November 17 to “cure” them, and the final results will be certified by November 20.

Ambrosino estimates that turnout throughout the county could be as high as 75 percent of registered voters, up by some 10 percent over 2016 levels, and on par with results in the 20008 election.

He doesn’t expect results in national races to be immediately available this evening.

“Every state does it differently,” Ambrosino said. “It’s so hard to tell.”

However, for local races, he expects that candidates “will have enough to say, ‘we’re in the game’ or, ‘we lost'” by this week.

Throughout a complex process in an irregular year, Ambrosino said he’s proudest of the work officials have done to preserve ballot security and voter access to the polls.

For more information about the balloting process in Camden County, please review these stories: