Trending
You are at:Home»Business»Eclipse Brewing: Microbrew Comes to Merchantville 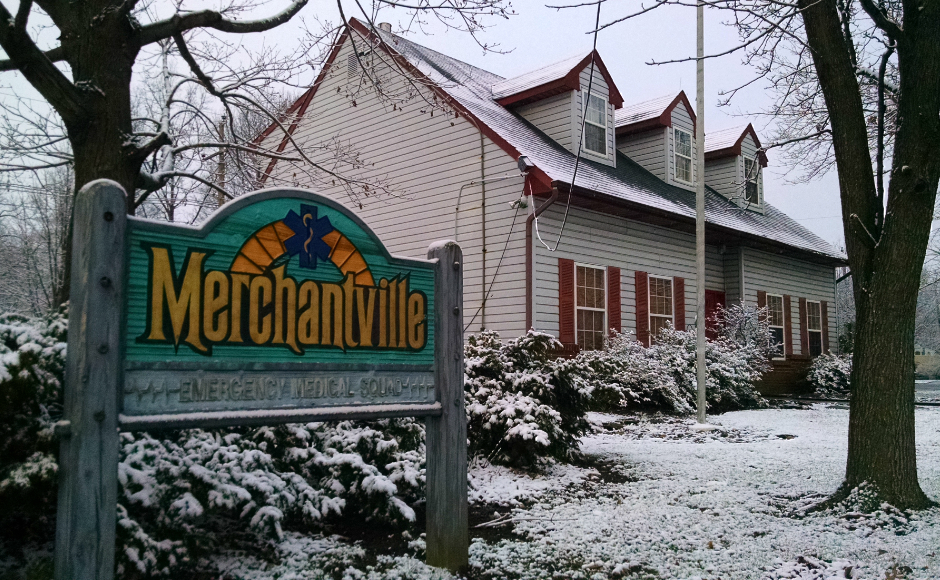 Haddon Township resident Chris Mattern is hoping that his third attempt to enter the burgeoning New Jersey craft brewing scene will be the lucky one.

After false starts in Barnegat Bay and Haddon Township, the 27-year homebrewer is rolling the dice on Merchantville, tucked away in a small, municipal-owned property at the edge of its redevelopment zone.

Merchantville is betting on Mattern as much as he’s betting on the town, said Mayor Ted Brennan. Until the brewer inquired about housing his operations in the former Merchantville EMS building on Park Avenue, the borough had been soliciting bids for its demolition.

“I’ve worked on this with Chris for a year,” Brennan said. “I know he’s looked at a couple of other places. I know he’s passionate about what he wants to do. We really want to use him as another linchpin of that redevelopment area.

“If three corners of the triangle have viable, successful businesses, that will help us grow the town,” the mayor said.

Mattern is a guy who knows about growing things. A horticulturist by trade, he describes himself as “someone who likes processes”; a philosophy as sympathetic to botany as it is to brewery.

“You do something today, you watch it ferment,” Mattern said. “You start with one thing, you let it sit, you do the right things, keep the temperatures right, use the right yeast, and two weeks later you have beer.

“It’s very similar to having a garden,” he said. “You plant seeds today, you might have to do some pruning, but at the end, you get something for your work that you started months ago.”

Prior incarnations of Mattern’s brewery would have been named after the towns in which he’d intended to headquarter them; in Merchantville, he’s broken with that approach in christening it “Eclipse.”

The branding is still in flux as his daughter fleshes out the artwork, but Mattern has his recipes down pat—“some porters, some stouts, some witbiers,” he said—to go along with a variety of ales. Mattern prefers hop-forward flavors and plans to offer a variety of hop expressions in his beer.

“The same hops can do different things cooked at different times,” he said. “Cooked for an hour, it makes it bitter; cooked for a short time, or after you’re done cooking, gives it more of a nose or an aroma.”

Many microbreweries in New Jersey are augmenting their production facilities with tasting rooms, and Eclipse Brewing is no different. It will, however, be at a smaller footprint given the scale of the building in which the brewery is housed. Mattern said he expects it will seat eight people, with high-top piers for guests to stand and a full, multi-tap bar.

“If I have a theme, it’s that you’re coming into my living room and drinking my homebrew,” he said. “It’s not a lot bigger than my living room. It’s cozy.”

Mattern’s ambitions for the operation are similarly scaled-back. His beer will be brewed in small batches and bottled by hand; if it’s served at a dozen local bars, with sales supplemented by regular growler fill-ups in the tasting room, he’ll be pleased.

“Four years ago, I was at Cape May Brewing and a guy was cooking on a pot like on a stove in your house,” Mattern said. “Now he’s doing 2, 3 million gallons of beer. I have no plans to grow like that.”

However big Eclipse Brewing may grow, Mattern is joining a relative movement in New Jersey. The state ranks near the bottom in terms of microbreweries per capita, but thanks to the laws that permit tasting rooms, have enjoyed a resurgence in area downtowns.

Nearby Oaklyn and Collingswood will welcome Tonewood and Devil’s Creek breweries, respectively, within the first quarter of 2016; they join established brands like Flying Fish in Somerdale and the gastropub Iron Hill in Maple Shade, as well as Cherry Hill’s Forgotten Boardwalk, Spellbound and Village Idiot in Mount Holly, Lunacy in Magnolia, and the recently added Double Nickel Brewery in Pennsauken.

“You might think that the market might be flooded, but how about the market is prepared for more microbreweries?” Mattern said. “There’s room. I hope I’m lucky.

“Local is what’s in,” he said. “What’s more local than beer made here?”

Mattern must wait to begin operations until he is cleared by the New Jersey Division of Alcoholic Beverage Control. Once the licensing is approved, he’ll only be a few weeks of fermentation away from pouring his first beers—but for now, the seeds have been planted.