As the legislation is discussed in committee this week, veteran journalist Chris Satullo of WHYY and the Philadelphia Inquirer tells us why it’s the next best hope for sustaining community journalism. 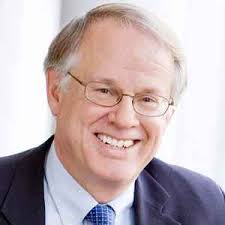 Chris Satullo is a guy who knows a lot of things about local news and community organizing.

For the past few years, he’s been working with the nonprofit Free Press, an advocacy group that works to strengthen and sustain newsgathering institutions, on a funding initiative for New Jersey journalism.

It’s called the Civic Info Bill, and it was reintroduced in March by Assemblyman Louis Greenwald (D, NJ-06).

We spoke with Satullo about the bill and how it can promote better local news and civic information across New Jersey.

NJ PEN: The last time we talked about the Civic Info Bill in May 2017, it was a $100-million proposal making its way through the state legislative bodies. What’s the latest?

CHRIS SATULLO: The fund would create a state-chartered nonprofit dedicated to improving the quality and quantity of civic information available to New Jersey residents. This nonprofit would employ a professional staff charged with identifying, developing, and evaluating such initiatives, and a diverse board to disburse grant funding.

The bill is in hearings at the statehouse next week (in the Assembly on Monday, June 18, and in the Senate on Thursday, June 21). It calls for the fund to be launched with $20 million. 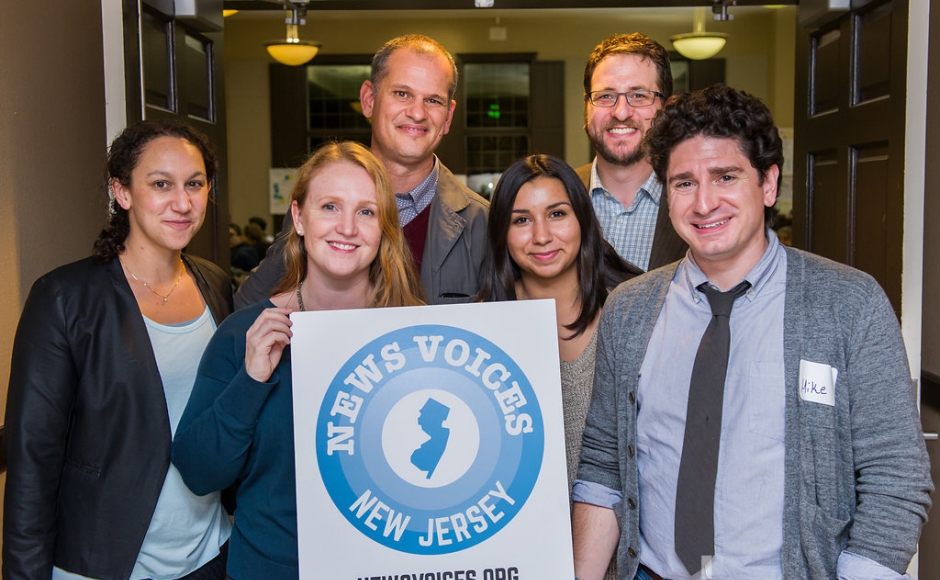 SATULLO: The original idea behind the Civic Info Fund was to use the windfall from the sale of unused public TV broadcasting spectra to propel New Jersey into becoming a leader in digital public media.

That goal got lost in the chaotic mess of last summer’s budget stalemate (remember Chris Christie at the beach?).

In the end, Trenton just used the money to plug budget holes spawned by years of dubious decisions. So, strictly speaking, that windfall is gone. But in another sense, creating a fund of this modest scale (one-sixteenth the original dollar amount) offers a chance to redeem last year’s missed opportunity.

NJ PEN: What’s to keep the legislature from just dedicating that $20 million to fixing bridges or lowering property taxes?

SATULLO: Safe bridges are important. Lower taxes are always welcome. Still, we’d argue that accurate, ample information about local affairs, as well as in-depth reporting on how decisions in Washington and Trenton filter down to New Jersey communities, is an important civic good that’s been somewhat neglected.

Solid local journalism helps residents to take part effectively in community affairs, and to make their voices heard on local decisions that will affect their lives. Quality local reporting helps communities celebrate their victories and heroes, as well as face their challenges. It strengthens bonds of community, while fostering understanding across boundaries of race, class, and geography.

NJ PEN: Let’s say the Civic Info Bill passes. How would it work in practice?

SATULLO: Staff would solicit, shape, and vet proposals to improve the quality and quantity of useful civic information in New Jersey communities. Those pitches could come from existing media outlets, commercial or nonprofit, but also from a lot of other sources: community organizations, school systems, local governments, arts groups, civic technologists.

To spur innovation and build collaborative muscles, the fund would make sure each proposed initiative includes at least one significant community partner and one from New Jersey’s research universities. Its goal it to nurture fresh ideas, not just to help outlets rehire people to do the same-old, same-old.

Think of its investments as the kind of venture capital that helps make promising innovations happen in Silicon Valley.

NJ PEN: What kinds of innovation are you describing?

SATULLO: Last year, I participated in a series of public forums around the state to gather residents’ ideas for cool things the fund could support.

People were excited by the prospect of technologists developing apps to put useful government data at people’s fingertips.

They loved the idea of supporting veteran journalists’ collaborative investigations into vital state issues that might otherwise go uncovered. They gave thumbs-up to helping community-based storytellers create podcasts and videos that are the public media of the new age.

And, tired of Facebook rumors masquerading as news, they wanted to put watchdogs back in their seats at township and school board meetings, with experienced eyes monitoring how tax dollars get spent.

At the forums, we harvested way more good ideas than can be listed here. Check out the Free Press News Voices: New Jersey blog to read more.

NJ PEN: Why are state universities part of this plan? Doesn’t that just give them an opening to monopolize the fund?

SATULLO: The lawmakers backing this idea want New Jersey’s public universities to play a part in it. One goal here is to create a pathway for campuses to become more productively, pragmatically engaged with their surrounding communities.

Five colleges—Rutgers, Rowan, Montclair, NJIT and the College of New Jersey— would sit on the board of the nonprofit along with representatives of the legislature, governor, the media, civic technology sectors, and community advocates. Any funded project would pair a university with other media and community partners. 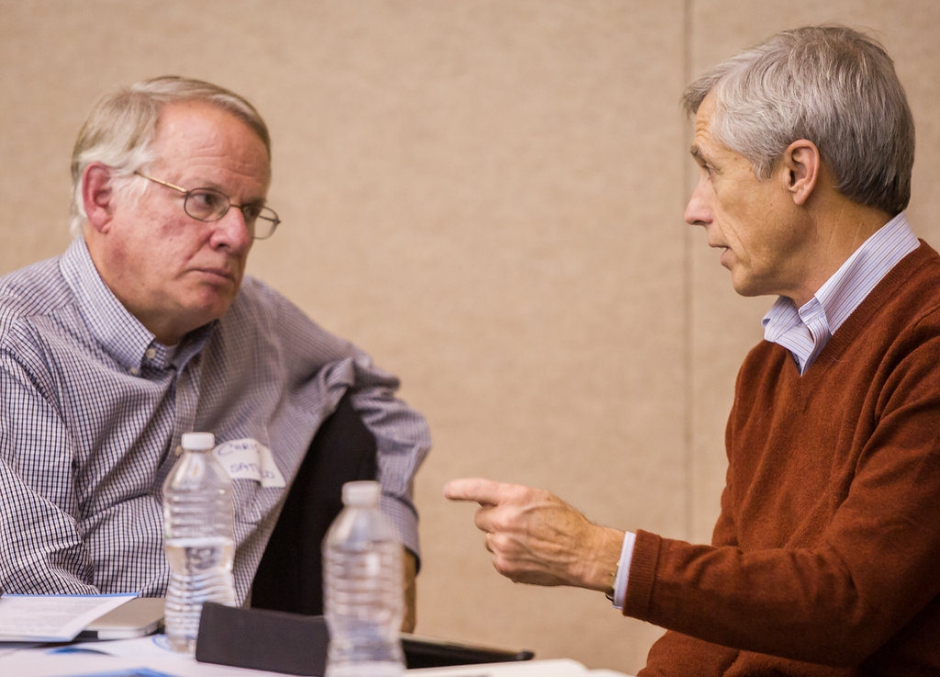 NJ PEN: There are bound to be critics of this plan who say the media shouldn’t be looking to the statehouse for a handout.

SATULLO: Well, let’s look at NJ Pen itself. NJ Pen is indeed a notable and inspiring story of individual entrepreneurship in community news.

The ingenuity and persistence you’ve shown in trying to keep your site relevant and sustainable is impressive, Matt.

A lot of people might not understand how exhausting the work of running a news site as immediate and urgent as NJ Pen can become. It takes vast commitment, and it takes a personal toll.

And here’s another dirty little secret: even great local news sites such as NJ Pen, or Jersey Shore Hurricane News, or Village Green in Maplewood, or Route 40 in Atlantic City normally do not throw off enough earned revenue to enable their proprietors to make a real living. Most have to work other jobs to make ends meet.

SATULLO: That is not a sustainable strategy for the long haul. At a workshop last year, I asked a room full of these great digital journalists how many of them had woken up one day in the last month and said to themselves, “I don’t know how much longer I can do this.” Every hand in the room went up.

Yes, some great things have happened in local grassroots journalism across New Jersey in recent years. But these impressive efforts are so fragile. One of the most valuable things the Civic Info Fund could support would be efforts to develop membership models and infrastructure into which independent, nonprofit news operations across the state could plug.

Think of public radio. It took NPR and its member stations four decades to build out the membership system with its mugs and tote bags, its pledge drives and newsletters, and special members events, that we now all take for granted. 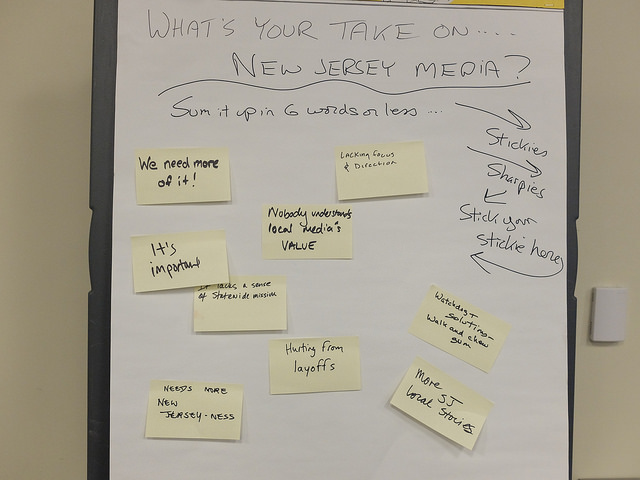 What do people want from their news? Credit: New Jersey News Voices.

Young news entrepreneurs like you or Justin Auciello of JSHN or Elinor Comlay of Route 40 don’t have 40 years to wait until the next system of reliable revenue to sustain great local journalism comes along.

They need it to be built now, if not yesterday.

The Civic Info Fund is one of the best ideas you can find anywhere in America to begin that work soon, and to do it well enough to last.

NJ PEN: How can people support this initiative?

SATULLO: It is very far from a done deal. This week is the key week, with the bill slated for committee hearings in both the Assembly (June 11) and the Senate (June 14).

The bill does have significant backing, including from the majority leaders in both the Senate and the Assembly. But state budgets are always hard to pull together. There are hundreds of legitimate needs and good ideas competing for limited funds.

What puts ideas over the top is enthusiastic and sustained support from taxpayers. Lawmakers really take notice when a bill gets repeated endorsements from the people back in their home communities.

If you want to see the civic information fund become a reality, send an e-mail or make a phone call to your elected state officials: assembly person, senator, and governor.

Tell them you support Assembly Bill 3628 and Senate Bill 2317. That will make a difference.