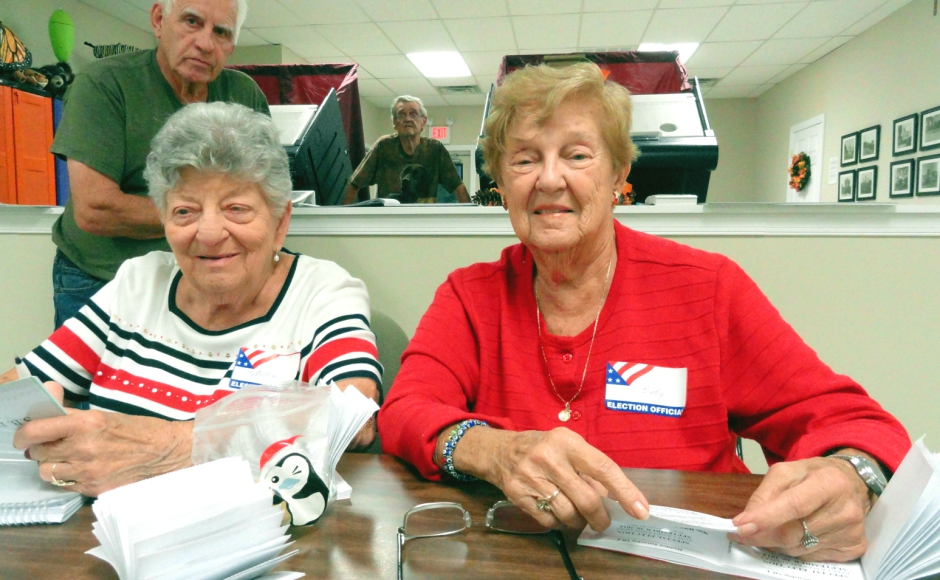 Whatever the result of Tuesday’s election, it’s shaping up to present a historic turnout from a variety of perspectives.

By 5 p.m., the Camden County Board of Elections had already observed a significant rate of return of mail-in ballots, said Election Commissioner Rich Ambrosino.

“I’ve never seen so many in a midterm election,” Ambrosino said.

“We started counting them at 6 a.m. and we’re still counting.”

Of the 58,000 mail-in ballots distributed throughout the county, he estimated some 44,000 of them had already been counted. Although Camden County typically gets a higher number of votes by mail than other counties do, Ambrosino said mail-in ballots this year might approach a 70 percent rate of return.

That’s more than the mail-ins counted in the 2016 U.S. presidential election, and more than double a typical midterm-year return rate of 30 percent. Ballots that arrive Wednesday or Thursday will add to that tally, provided they’re postmarked by Nov. 6 or earlier.

The county’s early voting center also saw about 2,000 walk-in voters by the time it had concluded offering the service on Saturday, Ambrosino said.

That volume, plus the mail-ins, and heavy activity at polling places throughout the county all point to much higher than normal voter participation.

“I think the turnout’s going to be much higher statewide than most people are thinking,” Ambrosino said.

He chalked it up to a U.S. Senate race that has been “brutal and close,” as well as county, state, and national parties battling over the balance of the U.S. House of Representatives.

“The parties played a real, real intensive turnout game this year, and I think some of it is the polarization,” Ambrosino said. “Democrats aren’t happy, Republicans aren’t happy.”

Camden County Superintendent of Elections Phyllis Pearl agreed that “the turnout seems to be heavy,” based on her conversations with election deputies.

“Anybody who came back to the office said the polling places in every town seem to be busy,” Pearl said. “Normally, a midterm election is very quiet; usually that trend carries on throughout the day.”

Pearl, whose office oversees the function of voting machines in the county, said she’d taken a few calls to service them, but that “they’ve been fixed very speedily.” She said the office hadn’t received any complaints from voters about irregularities.

One Haddon Township resident reported having observed issues with the machines at Rohrer Towers Tuesday morning, but Pearl chalked that up to a technical glitch. Haddon Township has seen a vigorous write-in campaign for a third, open seat on the township school board, and some voters may have struggled to cast their ballots because of it.

“When the machine goes into write-in mode, you can’t continue voting for a listed candidate until you finish the write-in process,” Pearl said. “There were people who were confused, and the board workers were having problems, and we walked them through it.”

NJ Pen will monitor poll results as they come in Tuesday. Stick with us for updates.