Trending
You are at:Home»Business»Endgrain Coffee Roasters Opens Second Location at The Factory in Collingswood 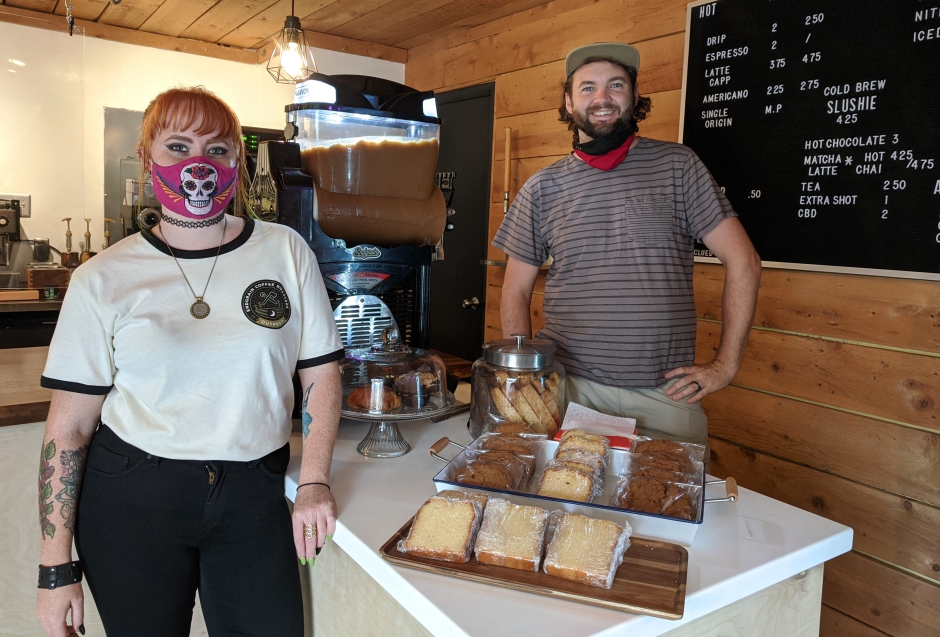 In woodworking, the end grain is both the most resilient cut of a piece of wood, and the surface that most exposes its character.

Those details also make it a fitting namesake for the third-wave, South Jersey coffee roastery that opened a second location in Collingswood this week.

After Revolution Coffee Roasters left The Factory makerspace for a freestanding, Haddon Avenue storefront, owner Tom Marchetty was looking to fill the cafe space at the entrance to his building.

Five years into the business, Endgrain owner Joe Fultano wasn’t planning to open a second location at all, much less during a pandemic. But after speaking with Marchetty, both saw an opportunity in which their interests dovetailed.

“In non-crazy times I would have loved to have a space in Collingswood,” Fultano said, “and then the opportunity arose during crazy times.

“Because of the way that the space is structured, it made it very easy to want to make the attempt, and because of the nature of the space, it seemed like a really good fit,” he said.

“The two brands complement each other well,” Marchetty said. “That’s why I reached out to him.”

Fitting out the cafe in an aesthetic he describes as “mid-century modern lodge,” Fultano needed look no further than Marchetty’s live-edge wood inventory for his black walnut countertop.

Hanging proudly on the wall of that lodge, alongside other vintage tools, is an antique saw blade embossed with the Endgrain brand. And “Sawmill,” his house blend, is a half-Tanzanian, half-Honduran roast that seems built to match the woodworking environs in which it is served.

For Fultano, the cafe itself represents the latest in a series of milestones that have helped grow his business from a small start-up into a catalyst for the revival of downtown Pitman.

Five years ago, Fultano was working as a traveling photographer for Airbnb. Wherever he shot, he would often dip into a local coffee shop to work, but couldn’t recapture that same experience after he returned home. When the company permanently moved his position to San Francisco, Fultano found himself at a career crossroads.

“I saw an opportunity to do something interesting with coffee that we didn’t really have in our area,” he said.

Starting with a small roasting machine and a 320-square-foot shop on a side street, Fultano opened the doors of Endgrain Coffee Roasters in April 2015. Four years later, he bought the building.

The timing seemed perfect for Pitman. Not long before Endgrain opened, Chloe’s Crème Puffs had welcomed its first customers. Soon after, they were joined by homemade ice creamery Alaura Kitchen, Kelly Green Brewing Company, and Dia De Los Burritos. In short order, the borough business district had a new roster of storefronts.

“We were all around the same age, looking to do something different with our lives,” Fultano said. 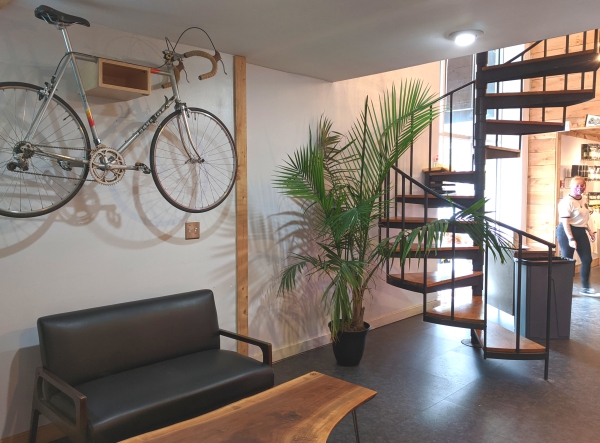 The café space, which is still at 25 percent of capacity during indoor retail restrictions, features several small tables and retail merchandise racks.

Fultano plans to bring al fresco seating to the front of the shop soon, too.

Hours may change as the business finds its niche in the borough, Fultano said.

“People have said there’s never enough coffee to go around in Collingswood,” he said. “I’m hoping that we can be a piece of that.”

Endgrain Coffee is located in The Factory at 13 Fern Avenue in Collingswood. For more information, visit Endgrain.coffee or check it out on social media.