EPA data suggests that 90 percent of public water systems tested contains the carcinogen. Local water operators say they’re in compliance with the agency, which is developing its guidelines for chromium-6.

EWG claims that 200 million Americans are at risk of contaminated water. Credit: EWG.

A national report released this week by the nonprofit Environmental Working Group (EWG) claims that the majority of U.S. public water systems are testing positive for chromium-6, the carcinogenic metal at the heart of the $333-million injury lawsuit filed by California law clerk Erin Brockovich.

EWG claims that “200-plus million Americans in all 50 states have contaminated water,” and describes its findings as the latest in “a tug-of-war between scientists and advocates who want regulations based strictly on the chemical’s health hazards, and industry, political, and economic interests who want more relaxed rules based on the cost and feasibility of cleanup.”

But whether the presence of the metal alone is cause for alarm among water consumers requires a deeper understanding of how those findings are compiled and how the rules shaping the understanding of their impact are made.

The data within the report were gathered by local water providers at the direction of the U.S. Environmental Protection Agency (EPA) from 2013-2015. New Jersey standards follow the federal EPA guidelines, which sets a threshold of 100 parts per billion (ppb) for chromium of all types.

The California state standard is 10 ppb, but the health goal cited by EWG in the report is 0.02 ppb, which is orders of magnitude different, said New Jersey Department of Environmental Protection (NJDEP) spokesman Larry Hajna.

Health Goal vs. Observed Chromium-6
Create your own infographics

EPA protocols for unregulated chemical monitoring depend upon research that determines the limits at which such chemicals may appear in drinking water, which Hajna said is “still evolving.

“States rely on the EPA to provide data and research,” Hajna said. “This is not our report. This is not our science. This is our data, but it doesn’t mean it’s the final say.”

Chromium-6 is believed to be carcinogenic, but a different form of the metal, chromium-3, naturally occurs in soil and geologic formations, and is considered benign, Hajna said. However, if chromium-3 enters a water treatment system in which the local water supply is naturally acidic, it can transform into chromium-6 through oxidation.

New Jersey had been in talks with the state Drinking Water Quality Institute (DWQI) to develop a working standard for chromium-6 of around 0.07, but that DWQI haven’t picked up the issue in two years amid working on PFC statutes, Hajna said.

Much of the current DEP research has been focused on removing perfluorinated chemicals (PFC’s) from the water supply, he said. PFC’s do not break down easily and have been discovered in 12 local water systems in the past nine years, according to NJ Spotlight. 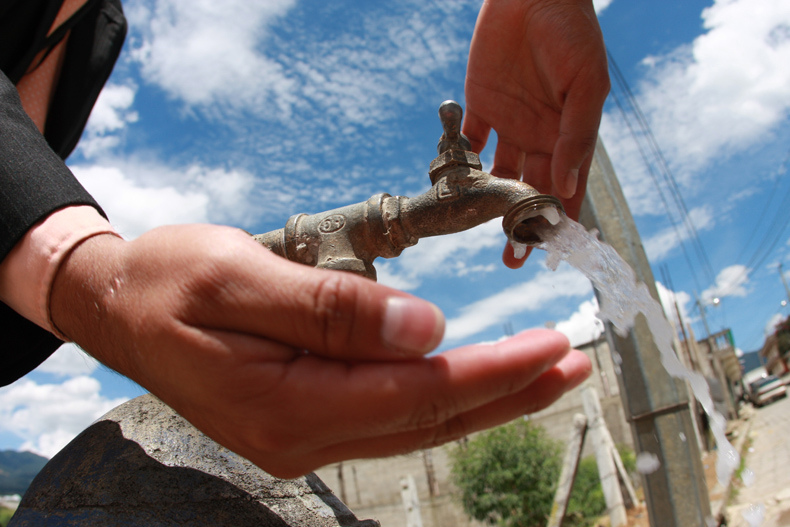 EPA Region 2 press officer John Martin said that states are free to pass environmental laws that are more stringent than the federal regulations, but that drinking water systems are required to follow federal law at a minimum.

“EPA sets these standards based on a lot of years of study,” Martin said. “States are free to be more strict, and often are.”

Under the Safe Drinking Water Act (SDWA), the EPA reviews each national primary drinking water regulation at least once every six years and revises those standards as it deems appropriate to do so.

“As part of the ‘Six-Year Review,’ EPA evaluates any newly available data, information, and technologies to determine if any regulatory revisions are needed,” Martin wrote in an e-mail. “Revisions must maintain or strengthen public health protection.”

The only time EPA becomes involved regarding possible SDWA violations is upon referral from state or county governments; amid evidence of “significant noncompliance,” and in the event of failure by local agencies to return to compliance; and if a state doesn’t have an SDWA rule on the books.

The agency has no reference standard for chromium-6 under the SDWA, however. Data collection helps shape that standard by providing context based on the ability of the agency to analyze its impact.

Contaminants are regulated based their adverse health effects, their occurrence in public water systems at levels of public health concern, and whether their regulation “presents a meaningful opportunity for health risk reductions for persons served by public water systems.”

Martin wrote Thursday that EPA “is actively working on the development of the Integrated Risk Information System (IRIS) assessment of hexavalent chromium, which will include a comprehensive evaluation of potential health effects associated with hexavalent chromium.” It should be released for public comment in 2017. 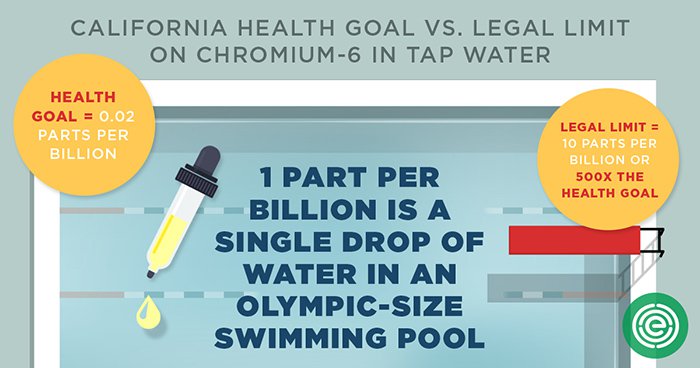 Michael A. Saraceni, Chief Operating Officer of the Merchantville-Pennsauken Water Commission, said that maximum contaminant levels (MCLs) “will always be the difference between compliance and preferences.

“Public health goals would always advocate low or ‘0’ presence of contaminants in drinking water,” Saraceni wrote in an e-mail. “Opinions, preferences, and various state regulatory standards are going to differ.”

Saraceni said that residents should examine their local Consumer Confidence Reports (CCR) to learn about their “specific water quality variables,” but that these reports also identify the presence of ‘unregulated’ contaminants.

“We can assert to our customers that we are fully compliant the safe drinking water standards established by the NJDEP,” he said. “Our monitoring levels have shown that we are orders of magnitude below regulatory limits.”

Collingswood Water Superintendent Tom McCarthy echoed Saraceni’s remarks, pointing out that the MCL is 500 times the health goal. Ideally, both would be zero—no contaminants in the water supply—but the goals are developed according to lifetime exposures to such chemicals and the likelihood of those exposures contributing to cancer cases.

McCarthy bristled at the timing of the report, which is said is basically criticizing the operations of systems while they collect the data necessary to determine how best to proceed.

“That’s why they do these studies, so they can set the MCL’s,” he said. “They basically start at that number and then come up with something that’s reasonable. Just to say that there’s a presence of it and that it’s contaminating 215 million people is beyond alarmist.”

At least part of the conversation involves the sensitivity of chemical detection and data analysis systems, which are better than they have been in decades, McCarthy said. Historically, he said, the Collingswood water supply has been consistently clean, owing largely to a nearly neutral pH of 7.6.

“As long as your pH is okay, it’s usually good for any kind of contaminants,” McCarthy said. “We have air strippers for volatile organics. We’re in pretty good shape right now.”

The borough water supply is sourced from the Potomac-Raritan-Magothy (PRM) system, which is insulated from above and below by a clay barrier that deters chemical infiltration, he said. In 2013, Collingswood started drilling for new wells to reduce the iron content of its water supply, and has just this week sealed off two older wells to prepare for their diversion to the new well, where “the initial water qualities were fantastic,” McCarthy said.

According to a 2013 PBS Newshour report, the most effective way to remove chromium-6 from drinking water is through an ion exchange water treatment unit.