No injuries were reported in the incident, and the building has been deemed safe to occupy, but residents were shaken up. 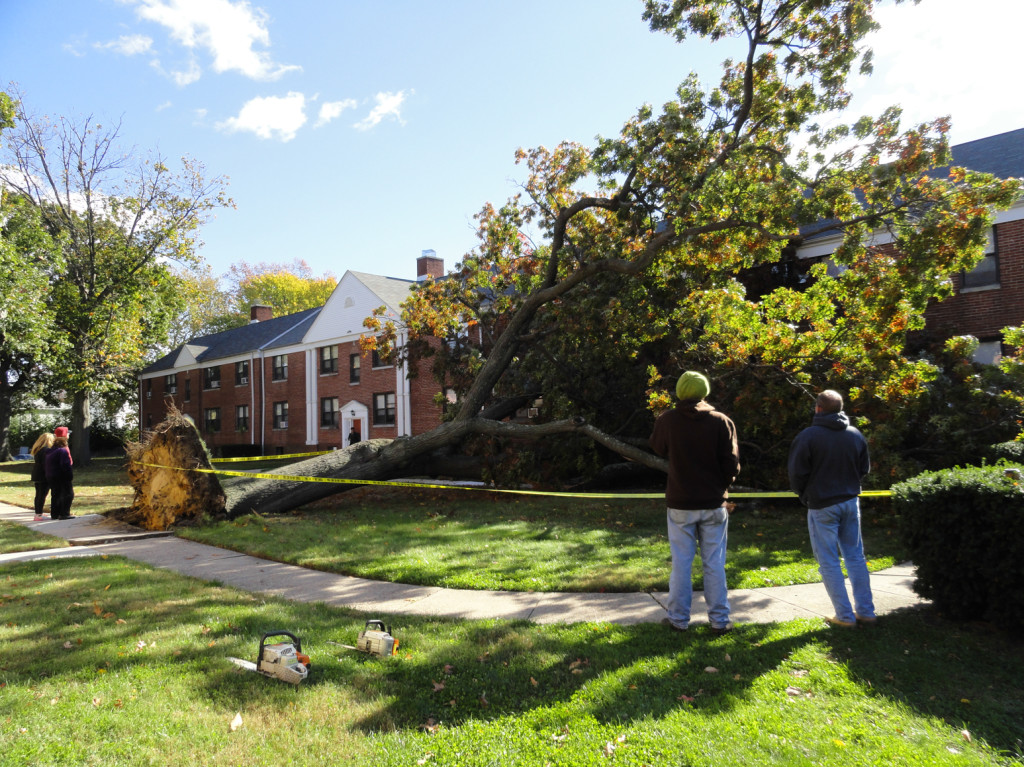 A tree crashed down on Wayne Gardens Apts. in
Collingswood. Credit: Matt Skoufalos.

“It sounded worse than a train,” said her neighbor, Joanne Williams.

The Wayne Gardens residents got their extra hour of daylight savings rattled out of them on Sunday morning when a massive tree in the courtyard of the property crashed into the front of their apartment building around 10:30 a.m.

Occupants of units 15 and 16 had to use alternative entrances to their home, and reported broken windows and air conditioners among the damage.

“The windows shifted in,” said property manager Paul Somers. “The bricks [were]pushed in a foot.” 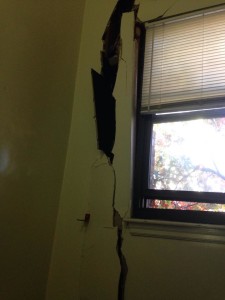 A tree removal specialist  at the property opined that many of the roots seemed to have been cut away beneath a newer section of concrete that also came up in the collapse.

The Collingswood apartment complex had suffered fallen trees before, said leasing manager Meredith McGrath, including a big pine that came down during Hurricane Irene.

Collingswood Police Chief Kevin Carey confirmed that the borough building inspector had deemed the structure safe, and that no residents would be displaced as a result of the incident. 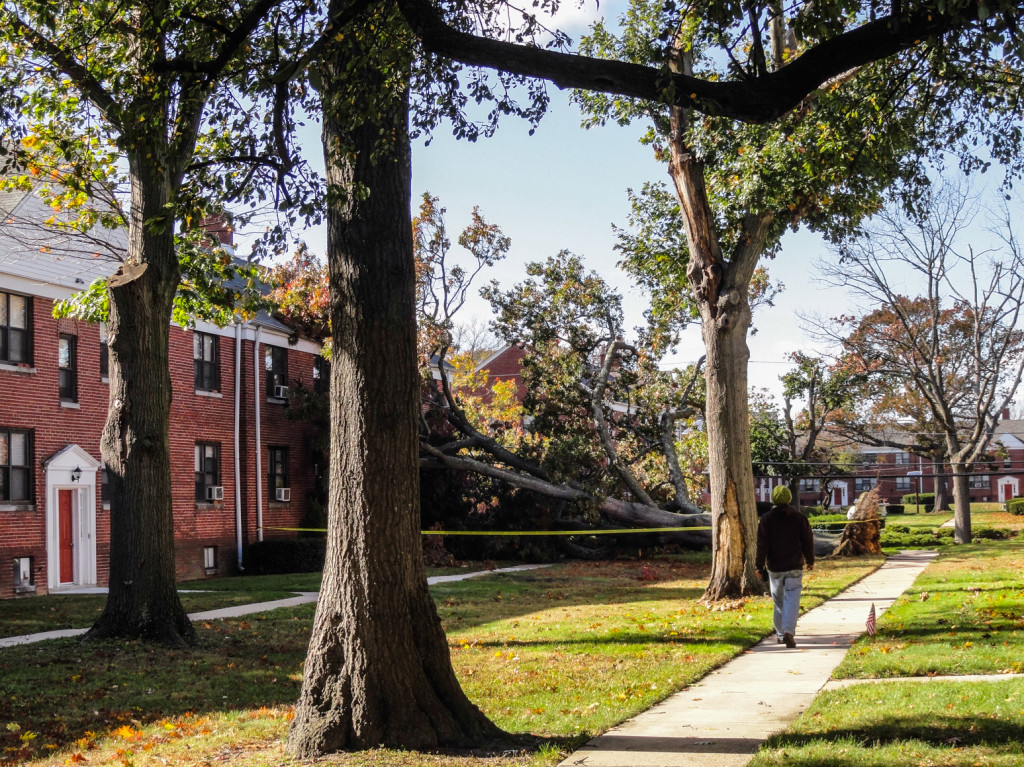