Trending
You are at:Home»Business»Fine Art and Fine Dining Unite at Braise 116 in Haddonfield

The tapas-style eatery in the Haddonfield Mall is the work of gallery owner-turned-chef Mark Raab of Audubon, whose vision for the former da Soli space involves high art and distinct flavors. 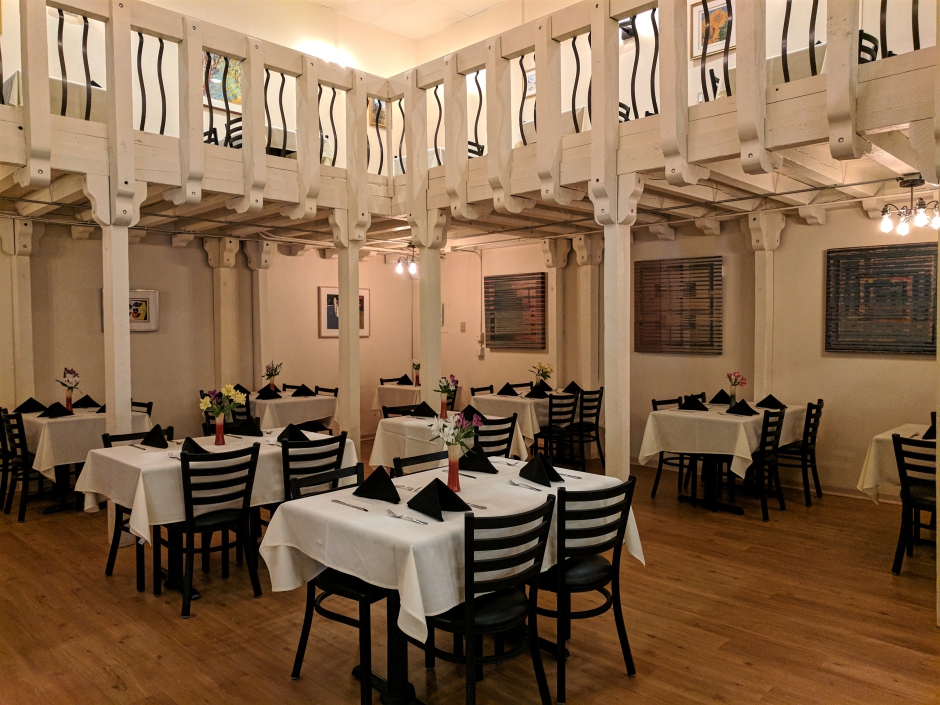 The dining room at Braise 116 in Haddonfield. Credit: Matt Skoufalos.

To Mark Raab, the solitude of the kitchen and the artist’s studio are one and the same.

Combining the work produced in each setting is the aim of his new fine dining establishment in the Haddonfield Mall.

The son of a hotel and restaurant manager, Raab found his footing in kitchens and nightclubs during his youth in Margate.

But after seeing the toll its long hours had exacted on his father, he saw himself doing just about anything else for work.

“I ran from the hospitality business the way a man whose hair is on fire runs to water,” Raab said. “But life likes to play jokes on you.”

Instead, Raab pursued a career in fine arts. After completing a master’s degree in studio arts at UNC-Greensboro, he began working in Chestnut Hill, including at the Hahn Gallery and his own Raab Gallery. Along the way, Raab applied his love and knowledge of cooking and entertaining to the show openings that punctuated his tenure there.

“I’ve done a lot of different things but food was always a big part of my life,” he said. “It’s how you express love for people. Every celebration runs around food.” 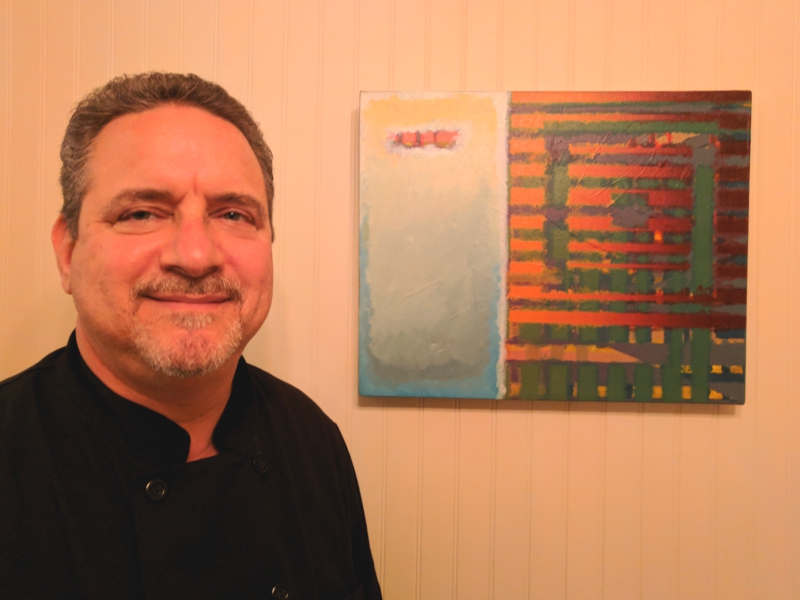 Chef Mark Raab stands with one of his own artworks at Braise 116. Credit: Matt Skoufalos.

The gallery was shuttered in the early 2000s after the economy tanked, and for a couple years, Raab spent time as a painter.

Then, on a trip to Long Island, he inadvertently fell back in love with the restaurant game.

Tasked with selling off a derelict family property in Atlantic Beach, New York, Raab instead convinced its owners to allow him to reopen it.

For a few years, the New Plaza Beach Club held its own with Raab as the executive chef.

“I had a nice restaurant, and a bar, and a great crew that could handle lunch,” he said. “I would always wind up having to go into the kitchen and do the cooking myself; I just committed to being the chef. I was the happiest in the kitchen.”

That realization stuck with Raab as he searched for the place to open his own restaurant closer to South Jersey and the Haddonfield hometown of his fiancée, Vanessa Rea. When he eventually happened upon the split-level, turnkey restaurant nestled in the Haddonfield Mall, Raab knew he’d found what he’d wanted. 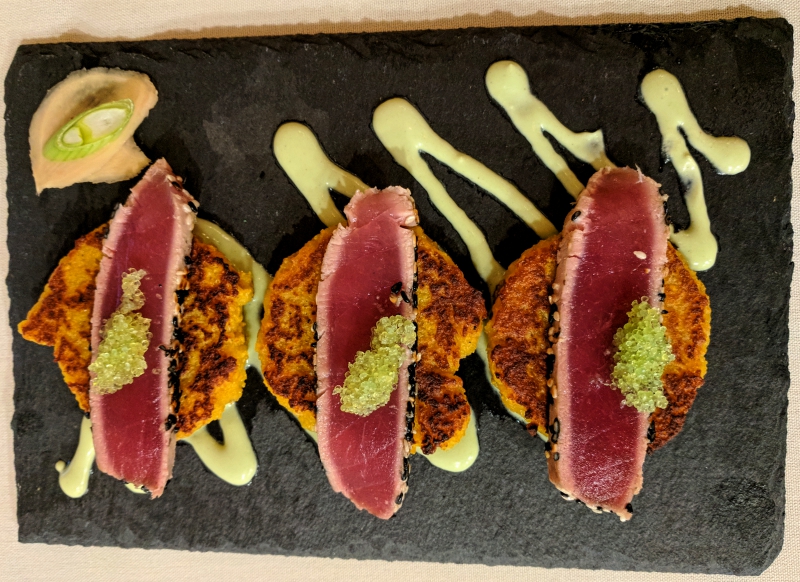 “[Haddonfield has] a culture that in a lot of ways reminds me of Chestnut Hill,” he said; “a culture that would appreciate what I’m doing here, appreciate the ambiance, and the quality of the food.”

Both the atmospherics and the recipes at Braise 116 draw on Raab’s eclectic past.

To start, the name of the restaurant is a metalworking pun, and an homage to his past as sculptor.

Its whitewashed interior is offset by contemporary metalwork, from railings to wall sconces; a reclaimed wood host station greets guests at the entrance.

The walls themselves tell most of the story at Braise 116, displaying original artworks from Philadelphia-area talents.

There’s a 1940 gouache from Bill Campbell, former art director for the Pennsylvania Railroad and one-time owner of The Main Point in Bryn Mawr. Diners can enjoy a dreamscape from the former Hussian School instructor John Lear; Raab’s own works hang on the walls as well. 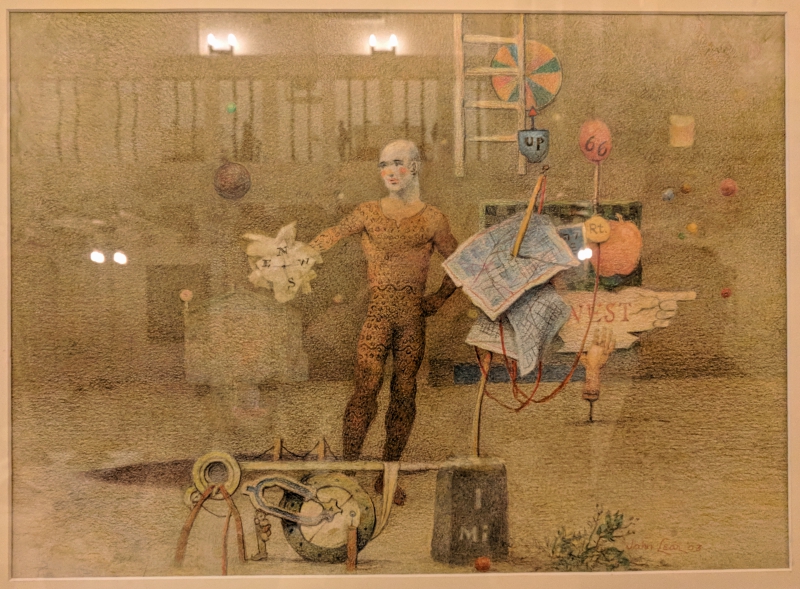 The chef hopes to create the impulse to linger in such an environment with a variety of dishes designed for sharing.

By serving ingredients like these in smaller portions, Raab hopes to inspire guests to try something they may not otherwise have ordered at an entrée size.

“I want people not to be intimidated,” he said. “I’d like to see it be more of a place to come and celebrate life.

“You’re not just grabbing a bite, but you’re going to spend some time, drink some wine, enjoy the company that you’re with, eat lots of small plates, and look at the menu and think, ‘What do I want now?’ 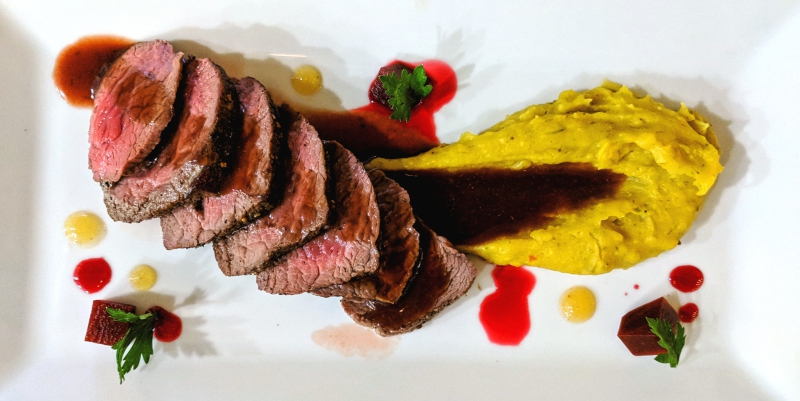 “Do that for hours, spend the night, bring lots of wine.”

Just as in the gallery business, Raab’s eye for detail extends to the presentation of his dishes at Braise 116.

Led by sous chef Ian Whitfield, who once worked at the famed British nightclub Tall Trees, the staff are dialed into presenting dishes that look as good as they taste.

“I’ve got an amazing staff in the kitchen who are working with me, and to not allow them to do what they do would be a huge waste of talent,” Raab said.

Desserts are provided by pastry chef Josue Santiago-Negron of Dulce Collingswood, who has created an exclusive salted caramel chocolate torte for Braise 116, a caramelized white chocolate cream puff, and more. 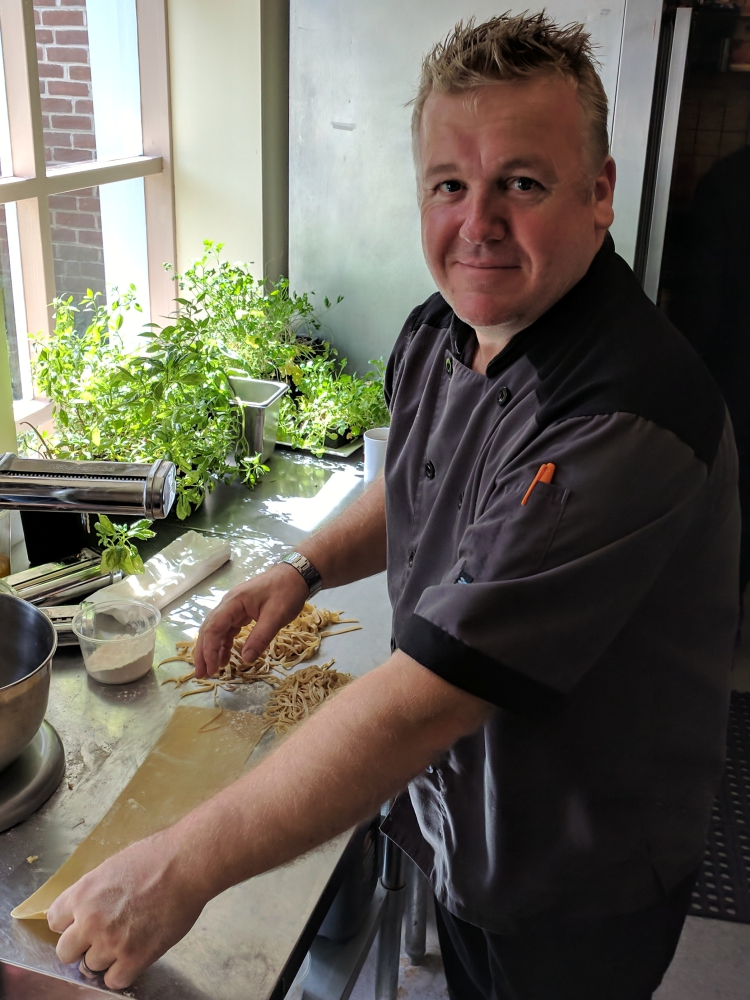 Braise 116 is located at 116 Kings Highway East in Haddonfield.

Open for lunch and dinner from noon to 9 p.m., Tuesday through Thursday, the restaurant serves until 10 p.m. on weekends.