Two Pennsauken men and one each from Camden City and Collingswood are charged with attempted murder in the September 15 shooting attack on two Camden County Police officers’ home. 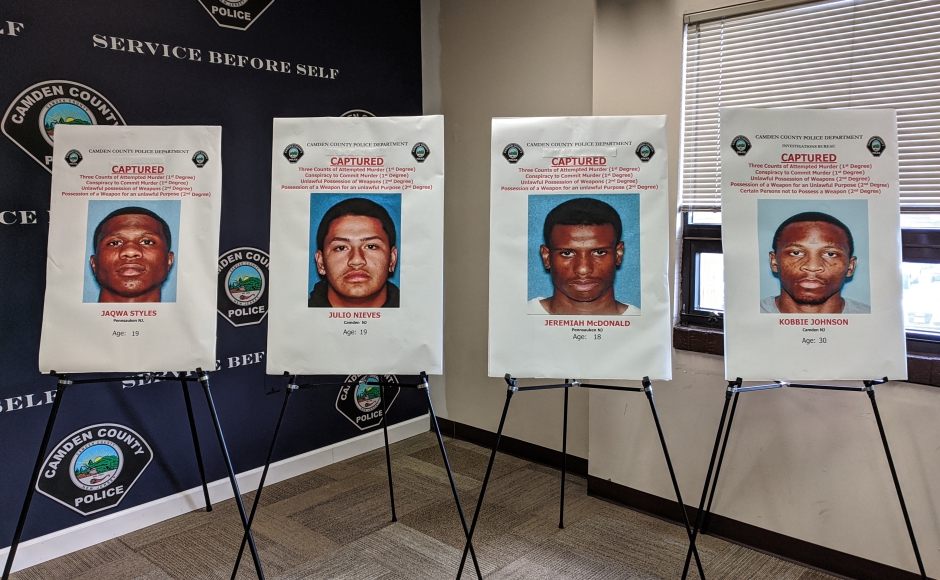 Four men have been charged with attempted murder for their unwitting attack on the Camden City home of two police officers and their infant child.

About 15 minutes before midnight on September 15, four men allegedly fired seven shots into a home in the 2900 block of Clinton Street, where two Camden City Police officers were asleep on the second floor with their newborn child.

Jaqwa Styles, 19, and Jeremiah McDonald, 18, both of Pennsauken; Julio Nieves, 19, of Camden City; and Kobbie Johnson, 30, of Collingswood, have been implicated in the alleged crimes.

Johnson was arrested in West Hartford, Connecticut late Friday night; within 30 hours, the remaining suspects were arrested, one by one, without incident, said Camden County Police Chief Joseph Wysocki.

But investigators don’t believe the suspects targeted Randy Cintron and Jaihna Ibanez, the officers into whose home they fired, in the attack.

Cintron and Ibanez are members of the department’s neighborhood response team who arrive at and depart from the home in uniform, and “it was common knowledge” that they work for the police department, Wysocki said.

Yet although the suspects in the case allegedly “intentionally shot weapons into the home intending to kill the residents of the home,” the chief said he didn’t believe they knew its occupants were police.

“The officers and their families have nothing to do with why they were targeted in that case,” Wysocki said. “We think they had the wrong house.

“It is a relief to know that it wasn’t our community that attacked our officers,” he said. “They’re still not sleeping at night, but it’s their baby that’s keeping them awake.” 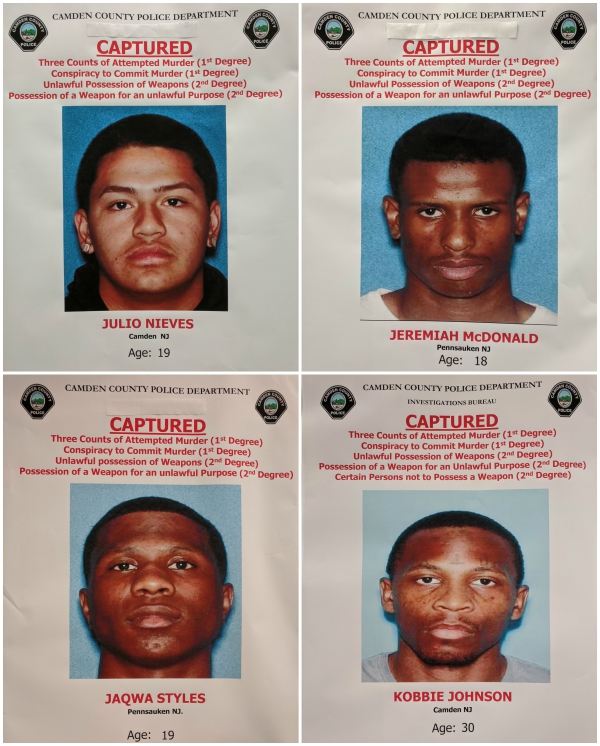 Moreover, although gang violence in the city is on the rise, the shooting isn’t believed to have been gang-related, either.

“We’ve had 12 homicides in the last six weeks here,” Wysocki said. “The gun violence is at record levels that I have not seen since 2012.” 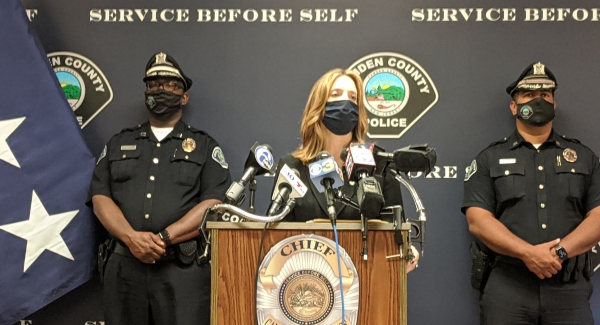 “Why that all is, we can only speculate.

“If you participate in gun violence, we will investigate and prosecute the case to the fullest extent of the law,” Mayer said.

The Camden County Police Department has a 70-percent solve rate for homicides in the city, up from last year’s 55-percent rate, Mayer said. She credited community cooperation, an increase in the number of security cameras, and improved collaboration among state and local policing agencies with helping improve that rate.

“These partnerships are essential in making our community safer,” she said.

Nonetheless, as the leads generated in solving the case didn’t come from the community, a $100,000 reward posted for leads will not be paid off, Wysocki said.

Camden County Police Lieutenant Rick Kunkel, President of the Fraternal Order of Police (FOP) Lodge 218, said the officers were relieved by “all the hard work that everybody’s put into this case.”

Learning that “somebody’s not on the streets targeting police officers… had a very big impact on their outlook,” Kunkel said.