Trending
You are at:Home»People»From Italy to New Jersey, a First-Hand Account of Coronavirus

Collingswood resident Louis Alberta cut his overseas trip short amid the COVID-19 outbreak. He shares his perspective of the impact of the virus from one of the countries most affected by it. 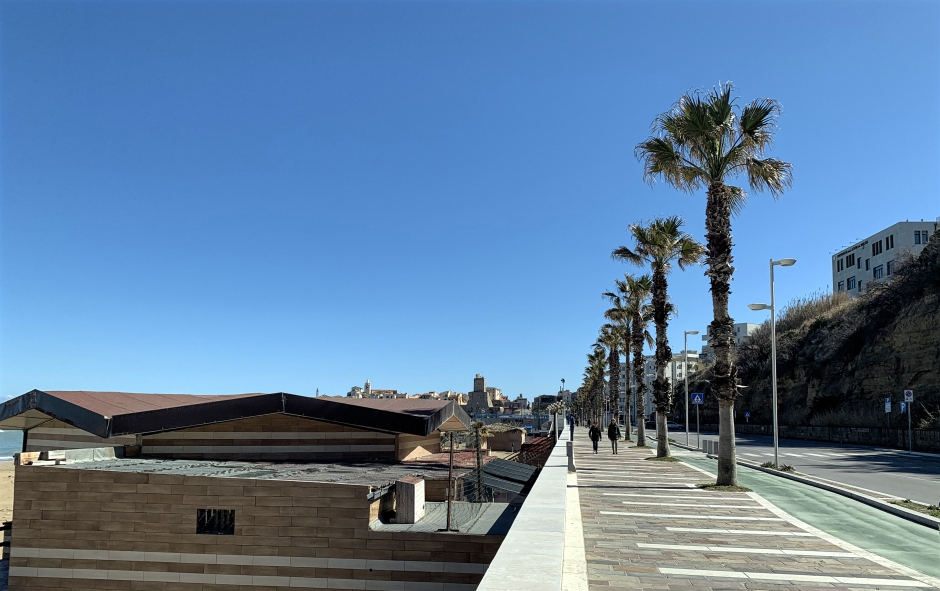 After China, the country most affected by novel coronavirus (COVID-19) has been Italy, trailing the Hubei province at the epicenter of the disease by only 1,000 deaths, according to the Johns Hopkins Coronavirus Resource Center.

Amid other Western countries affected by COVID-19, Italy paid the stiffest price in the early stages of the outbreak because information on the severity of the virus wasn’t yet available to decision-makers.

It would be weeks before the World Health Organization declared a global pandemic, and the Italian healthcare system was quickly overrun.

In short, it wasn’t the vacation that Collingswood resident Louis Alberta had envisioned when he left for a planned, month-long trip to the country of his ancestry.

Alberta, who recently became an Italian citizen, was headed to the beach community of Termoli, located in Molise, which is on the southeastern coast of the country. The region is so sparsely populated that its unofficial motto is,“Molise non esiste,” or “Molise doesn’t exist.” It’s been in the news for soliciting newcomers to move there, as reported in The Guardian last year.

“It’s a tiny little region right across from Rome,” Alberta said. “I wanted to see what the beach town was like in the off-season and look at property.”

Alberta left his Collingswood home February 29, having rented an apartment on the Termoli beach to share with his cousin, who lives in the area. They were planning to tour the country, visit familial homes, and sightsee.

When Alberta arrived in Italy, COVID-19 cases were only documented in the northernmost regions of the country. He had little fear that the virus would work its way down the coast, and even today, the tourism-dependent region of Molise has been among the least-affected in the country, owing to its scant out-of-season population.

By the time he left on Sunday, the entire country had been decimated by the coronavirus. 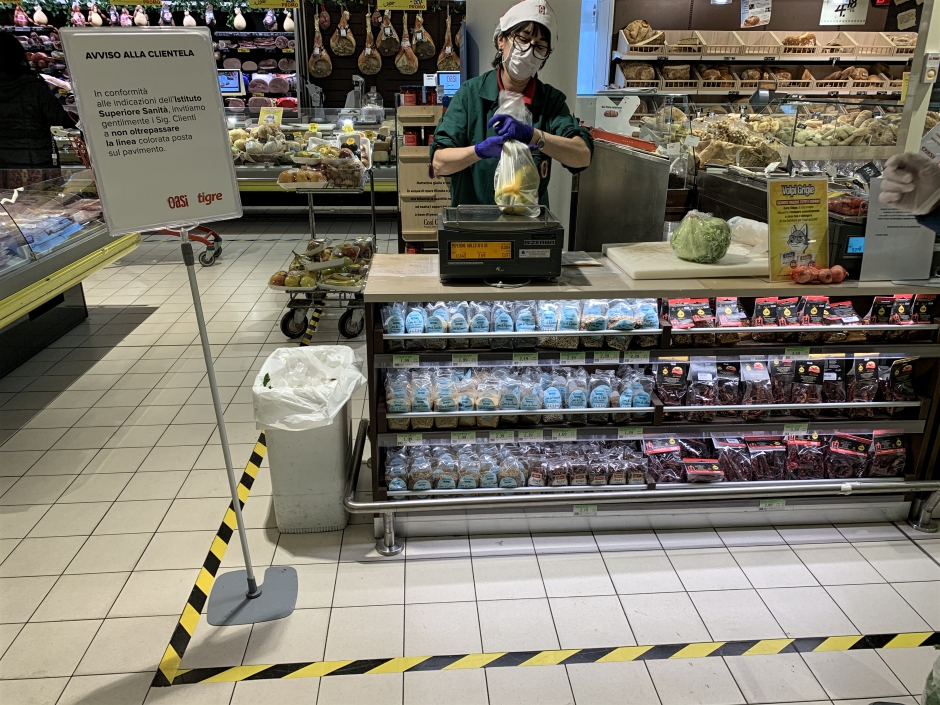 The biggest accommodation they made was asking customers to not stand at the counter and drink their beverages.

Grocery store attendants donned masks and gloves to help customers, and lines were taped on the floor to space out guests at check-out.

Fresh produce, bread, and meat, were abundant every day, and Alberta said he went food shopping “just for something to do.”

“It was spooky,” he said; “there was no one anywhere. It felt like people there, for the most part, understood the severity, and they all just hunkered down.

“There was no mass hysteria like there is here,” Alberta said. “They were just staying home for two weeks. Coming from a country that takes a three-and-a-half-hour lunch break every day, they said, ‘All right, this is what we’ve got to do.’”

People still chatted with neighbors from their balconies and recreated in the park; clinging to “that social aspect that they couldn’t let go of,” Alberta said.

But many other elements of the convivial Italian lifestyle had been curtailed. There were no masses held in the country; no church services at all. No weddings, nor funerals for the dead, whose coffins lined churches until such time as they could be buried, he said. 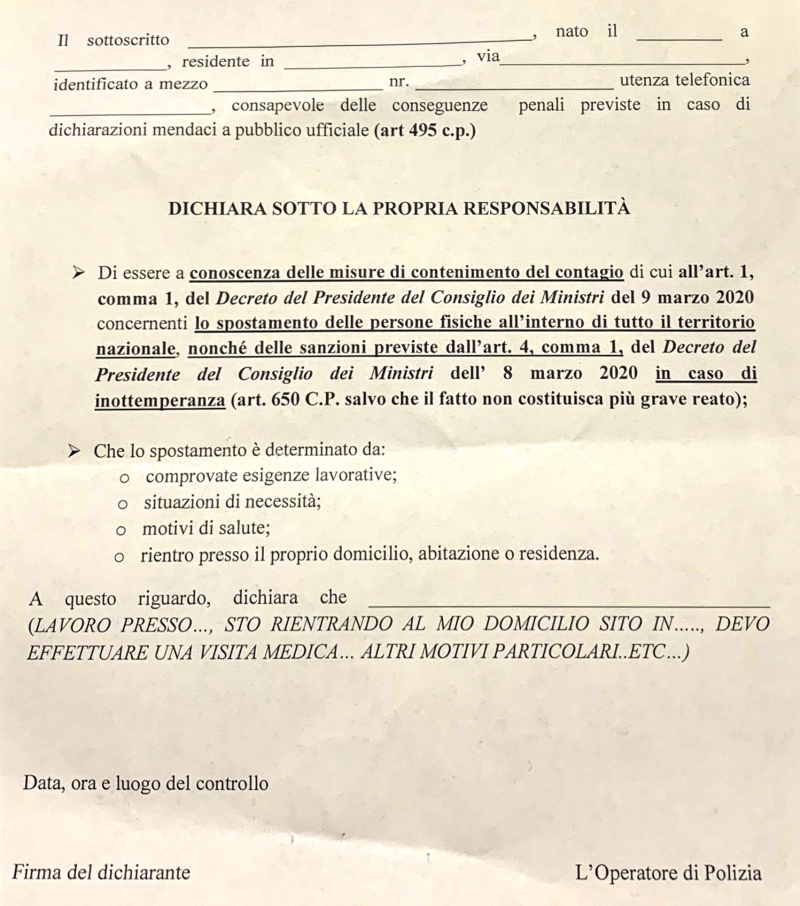 “The hospitals are inundated,” Alberta said.

“[Patients] are in hallways; they’ve got beds everywhere. It’s taxing on the health system, and the people who need it can’t get the help.

“No one knew the severity,” he said. “No one understood.

“As the bubble hit, they were the first to spread the news to the rest of the world how severe this is and how important social distance is.”

Once the details were known, Alberta praised the Italian government for its swift intercession, enacting policies like mortgage and utility payment freezes and strict quarantines.

Travel was all but eliminated for nonessential trips, and borders were controlled by local police. In order to move about, people were asked to download or copy onto a piece of paper their self-declarations of needs to travel.

When Alberta heard that all flights to the United States were about to be cancelled, he knew he’d never make his original March 28 departure. After some quick planning, he booked a flight to JFK International Airport in New York via Zurich, Switzerland.

“We packed up like it was a fire, threw everything in the car, and I got onto the roads, and drove the two-and-a-half hours to Rome,” Alberta said. “The roads were completely empty; there was not a soul on the road.

“Rome was a ghost town,” he said. “Trevi Fountain was deserted, Casa Navona; these are places that are never deserted. 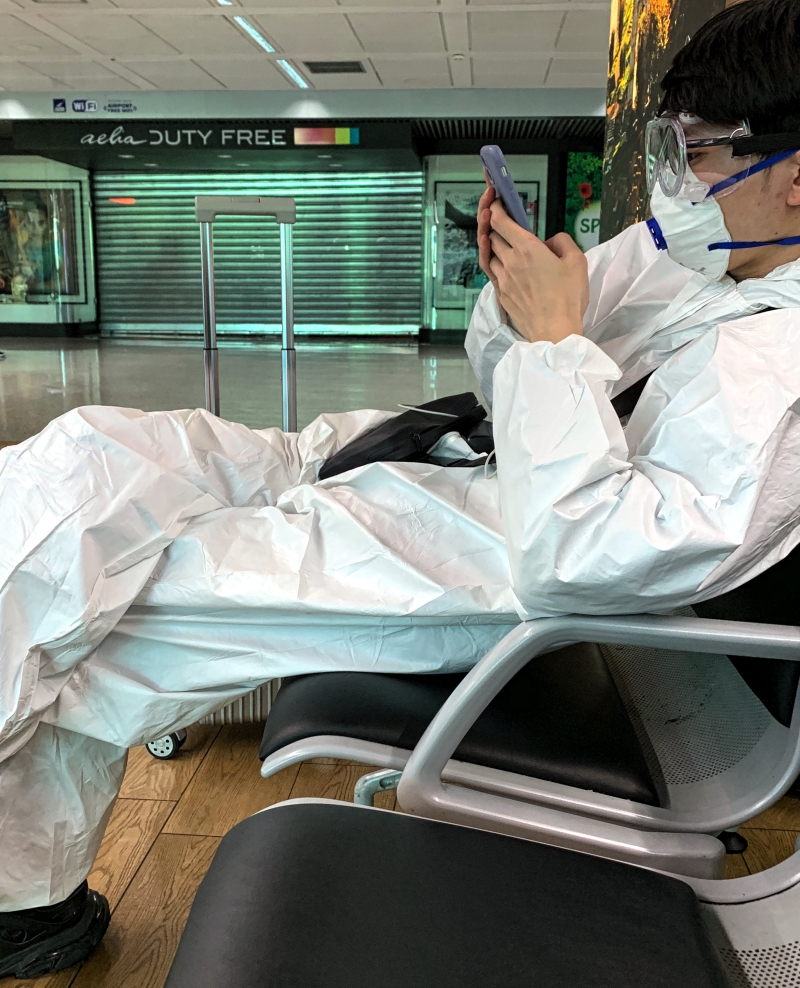 A fellow traveler in protective gear in the Italian airport. Credit: Louis Alberta.

“When I returned the car, I went straight to the airport, and there was no one there,” Alberta said.

“I went through seven floors of a parking garage, and not one car was in there.

“When I got to the seventh floor, there was a man and a woman sitting there, all masked and gloved up.

“They said, ‘Don’t worry about dropping the car off early, we’ll take care of it.’”

When he landed at JFK, agents took his temperature and proceeded to global entry customs.

The only questions the border agent asked him were where had he been and would he self-quarantine at home.

After renting a car, he was back in Collingswood in 90 minutes.

Alberta, like many small business owners, is shutting down his Collingswood salon, Bauhaus, until April 1, rescheduling clients, and confining himself to his home. Taking a page from the Italian approach, he’s resigned to staying put for the next two weeks.

But he’s also cognizant of the scale of things to come. Italy is home to about one-fifth the population of the United States. If Americans don’t learn from their experiences, they could share a similar fate, Alberta said.

“I kept saying to people here, ‘You guys better be ready because this is what’s going to happen in the U.S.,'” he said.