Officials call the $48-million cleanup a testament to environmental justice, and an example of interagency cooperation over decades. 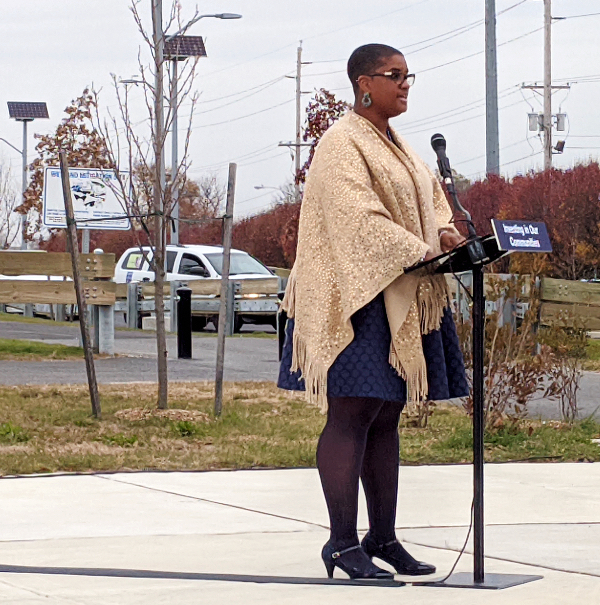 As recently as 15 years ago, Olivia Glenn walked the Harrison Avenue Landfill in Camden City as it overflowed with garbage that fell into the Delaware River at its edge.

Glenn, a Parkside native who is now Deputy Commissioner of Environmental Justice & Equity at the New Jersey Department of Environmental Protection (DEP), recalled a time, in an earlier role with the DEP, when she used to sign contingency orders to direct more dollars into its clean-up.

On Tuesday, however, she returned to Camden City to deliver remarks on the opening of the Cramer Hill Waterfront Park at the former landfill site, a project that “will forever stand as a shining example of how DEP can bring polluters to task.

“Each generation of environmental protection must respond to the challenges of their time,” Glenn said. “All New Jersey residents have a right to live, learn, worship, and recreate in a clean, healthy environment.”

At 62 acres, the Cramer Hill waterfront is now home to the largest park in the city: a public greenspace that includes seven acres of tidal freshwater wetlands, a two-acre freshwater fishing pond, stormwater swales, a public amphitheater, and a vista with 360-degree views of the surrounding riverfront.

Funded by $48 million allocated by the New Jersey Office of Natural Resource Restoration (ONRR), the Harrison Avenue landfill cleanup was bankrolled by legal settlements intended to restore properties decimated by decades of industrial and commercial pollution. 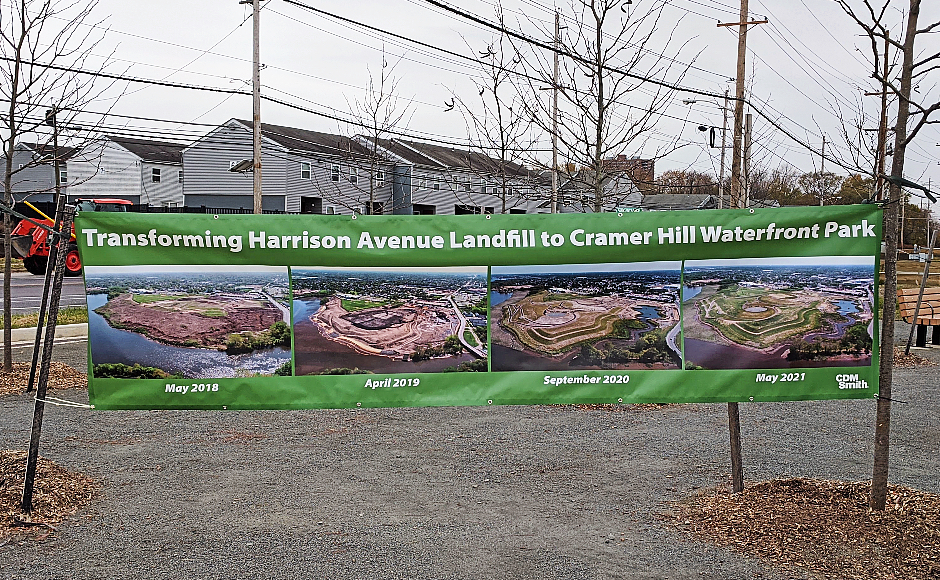 The time, effort, and inter-agency coordination it took to transform it into Camden City’s newest and largest public park is a textbook example of environmental justice, Glenn said, reinforcing for Camden City residents “the important lesson that the environment can be enjoyed right where they are.

“It’s not a car trip or a bus ride away,” she said. “The residents of Camden need a high quality and quantity of open space in their community. They deserve it.”

Camden County Commissioner Jeff Nash pointed to the Cramer Hill park as the latest example of the city reshaping its industrial past into a brighter future for its residents.

Nash pointed to the transformation of the former Riverfront State Prison into Cooper’s Poynt Park, the remediation of the Knox Gelatine Plant on North 5th and Byron Streets, and the cleanup of Pyne Poynt Park as examples of efforts undertaken to restore the community for its residents. “What does environmental justice mean, and how do you legislate it?” he said.

Cramer Hill resident Michael Hagan said that throughout his childhood, “Camden always had the good stuff.”

When his father drove the bus route from Medford Lakes to Philadelphia, Hagan recalled smelling the various recipes on offer from Campbell’s Soup as he rode through the city.

To him, the waterfront park is another example of Camden getting more of “the good stuff” it boasted in its heyday.

“Camden wasn’t a good place to grow up, it was a great place, and people need to know that,” Hagan said. “I bought my home in 1985 and I’ve been waiting for Camden to catch up.” 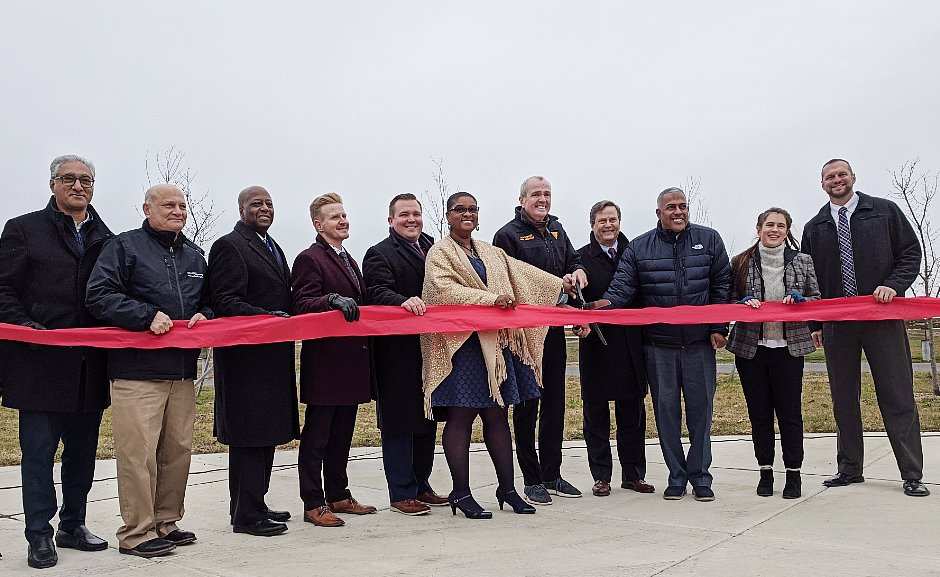 Camden City Mayor Victor Carstarphen, who grew up on Wayne Avenue, around the corner from the park, said that to see the grounds being “returned and beautified” symbolizes the broader transformation at work throughout the city.

“This waterfront is a culmination of our revitalization.”

New Jersey Governor Phil Murphy, who was also on hand for the ribbon-cutting, described the project as “an example of government working for the good.

“The DEP, the attorney general, the treasury taking out the bad actors; the money that was raised—that’s environmental justice,” Murphy said.