After 15 years of trading stocks, Jonathan Shelley is speculating on a local market: urban timber. 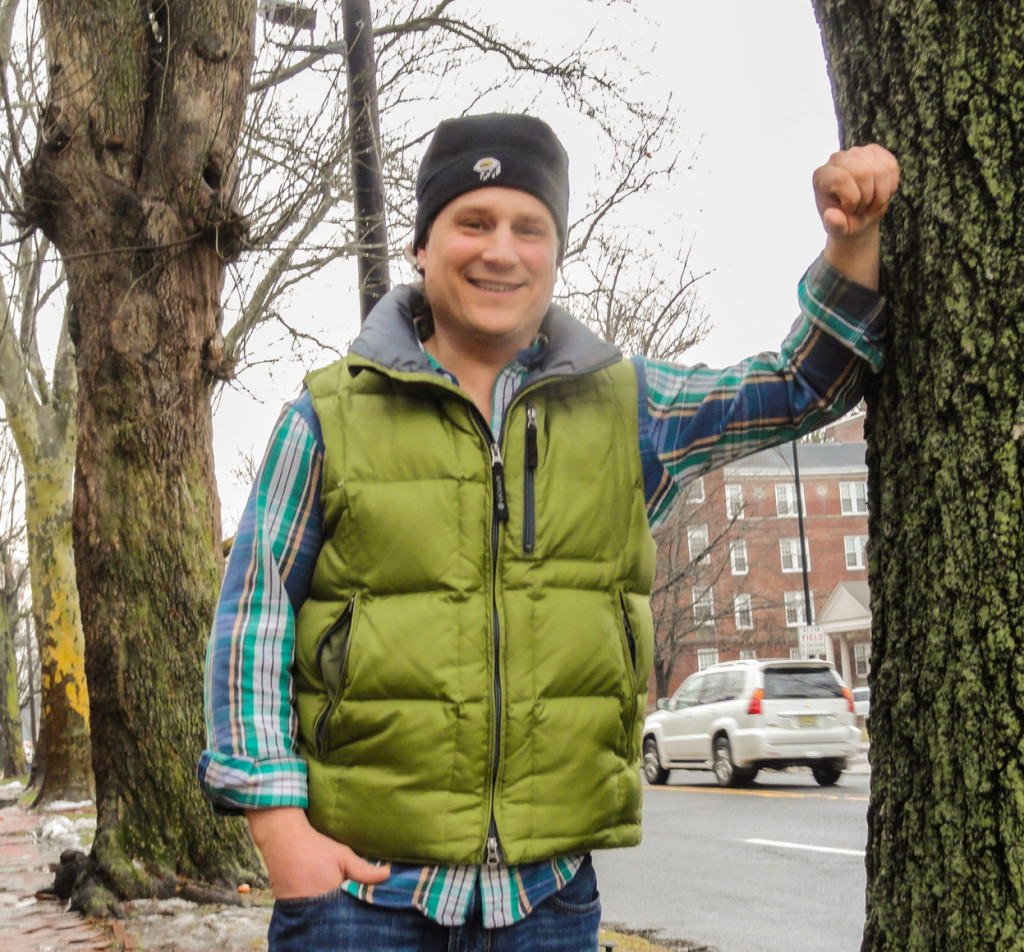 When 37-year-old Jonathan Shelley of Medford gave up a job in the finance world to pursue a career in furniture-making, he found little commercial inventory of the raw, unfinished hardwood he prefers.

“It was very difficult to get it, and I had to travel very far to get it,” Shelley said; “Maine, Pennsylvania, Central Florida.”

With friends and family in tree service businesses throughout South Jersey, Shelley soon had a ready supply of native logs, but to break them down into workable pieces, he came to the conclusion that he would need to build his own sawmill.

“That led to me researching the urban lumber market,” Shelley said.

“Urban timber” refers to trees that grow in populated areas—not wild forests or greenspaces—and which are typically removed either by local governments or homeowners when they pose a threat to public safety.

Instead, Shelley said, his business, Full Circle Woodworx, can partner with municipalities and tree companies to haul away what is essentially yard waste to be “upcycled” into furniture. Shelley claims his service will save on tree removal costs and landfill space while helping those with whom he partners to embrace a greener outlook.

“I’ve never met anybody who says ‘I’m not down with reducing the carbon footprint,’” he said. 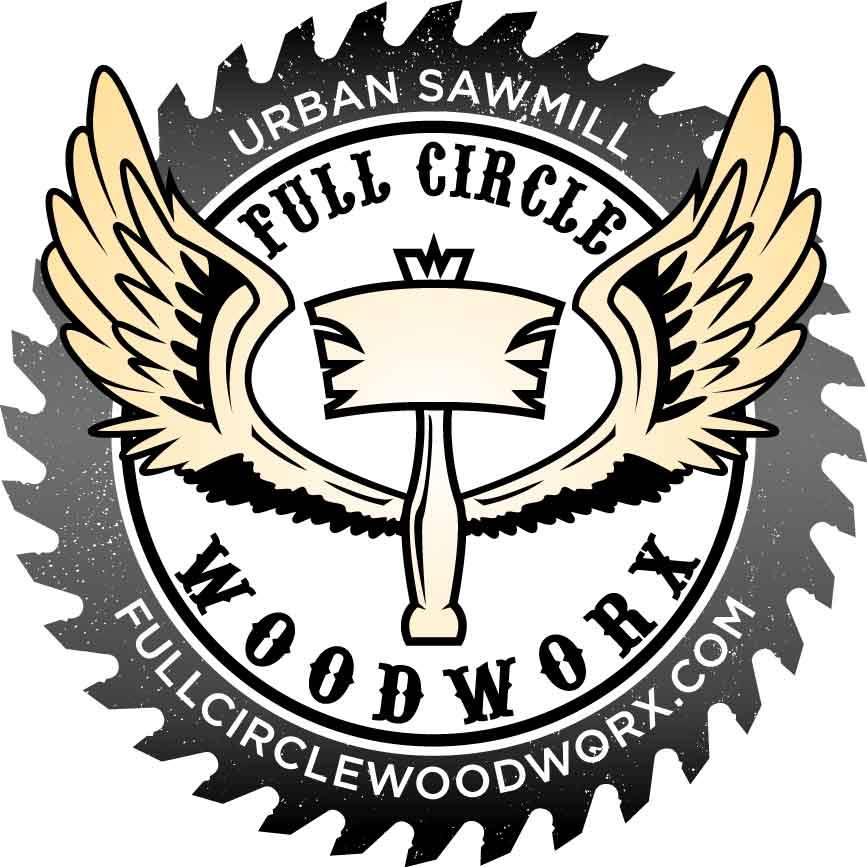 Shelley also believes there’s quite a bit of untapped inventory available for his new venture.

He cites a 2001 study from the USDA Forest Service, which claims that “200 million cubic-yards of urban tree and landscape residue are generated every year.”

If even 15 percent of that, which are “unchipped logs,” are salvaged, they could theoretically produce “3.8 billion board-feet of lumber, or nearly 30 percent of the hardwood lumber produced annually in the United States,” the study states.

Even if his removal service is cost-neutral for communities, Collingswood Commissioner Joan Leonard called Shelley’s idea “a good recycling effort.

“I bet that we don’t make or lose money [if we were to participate], but it’s a good thing to do,” Leonard said.

“Anything making something reusable into something better is the right thing to do.”

Leonard estimated that Collingswood, one of several towns with a Shade Tree Commission, loses “a couple of dozen trees a year” from disease or motor vehicle accidents, and has taken down more than 30 such trees in recent years. They’re removed in a multi-stage process—branches first, then the trunk, then the stump—which can create a backlog of work. 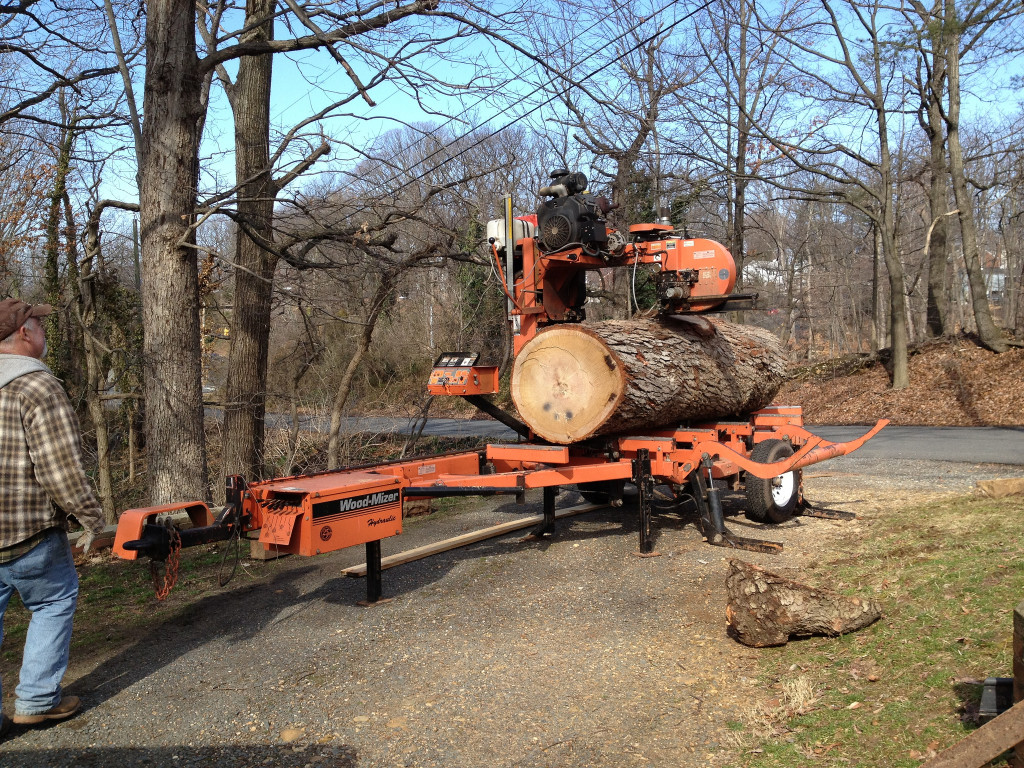 Shelley plans to build a portable sawmill like this one. Credit: Alsatian. https://goo.gl/pnks9V

“You don’t have to take the trunk down immediately, and we end up getting backed up with that,” she said.

Once the trees are hauled away, Shelley plans to plane the wood at a “small-footprint” saw mill, which he will construct on his property, along with a solar-powered kiln in which to dry it.

He’ll then haul the lumber to a showroom he’s opening this spring (1300 Route 206 in Tabernacle), which Shelley describes as “a boutique store for wood,” offering harder-to-source materials like spalted woods, quarter-sawn sycamore, and ambrosia maple.

“It’s a lot different experience than going to buy two-by-fours,” he said.

“I can’t compete with big-box stores on construction lumber, but there’s a niche market for the specialty lumber,” Shelley said. “If you wanted a live-edge walnut table, who would you call for the lumber, even if you had someone to build it?”

By milling hardwoods local to the Northeastern United States—species of maple, oak, walnut, cherry, ash, beech, poplar, and elm—Shelley also plans to leverage market differences by selling his surplus inventory in Southern Florida, from which he will return with woods like pecan and mahogany. 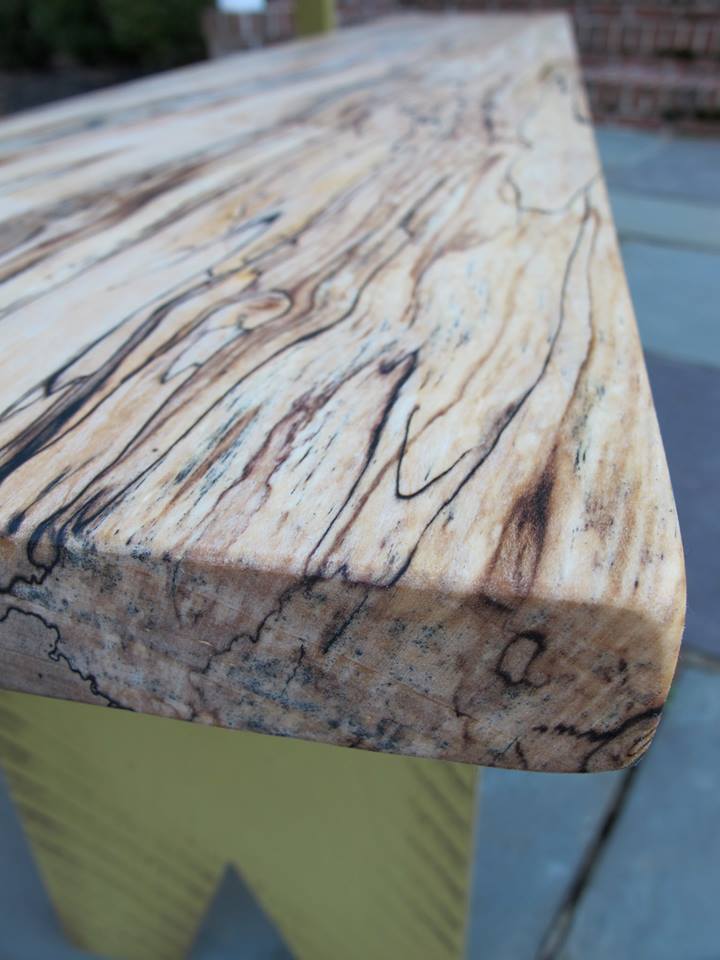 “I can add value to the local economy and provide something to the people in the community at a better price than they can find elsewhere.”

Tom Marchetty of The Factory in Collingswood, who met Shelley at a wood-turning class, said he thinks that hand-crafted products made from local wood will be sought after by customers who value sustainability as well as a good yarn.

“It’s a story behind the furniture,” Marchetty said.

He envisions a business owner or homeowner telling a guest, “That tree was there for 200 years in front of my building. It had to go; now it’s being used.”

Shelley said that the prospect not only fulfills his passion, but crafts a legacy of which he can be proud.

“If somebody buys a table from me, it’ll make them happy, and it’s something they can pass to their kids and grandkids,” he said.

“Knowing it’s going to be around for a long time after I’m gone, I get a great deal of satisfaction from that.”