The Collingswood horn player, who got his start with Jill Scott and The Roots, drops his first solo effort, Church and State, with the Haddon Heights label this week. 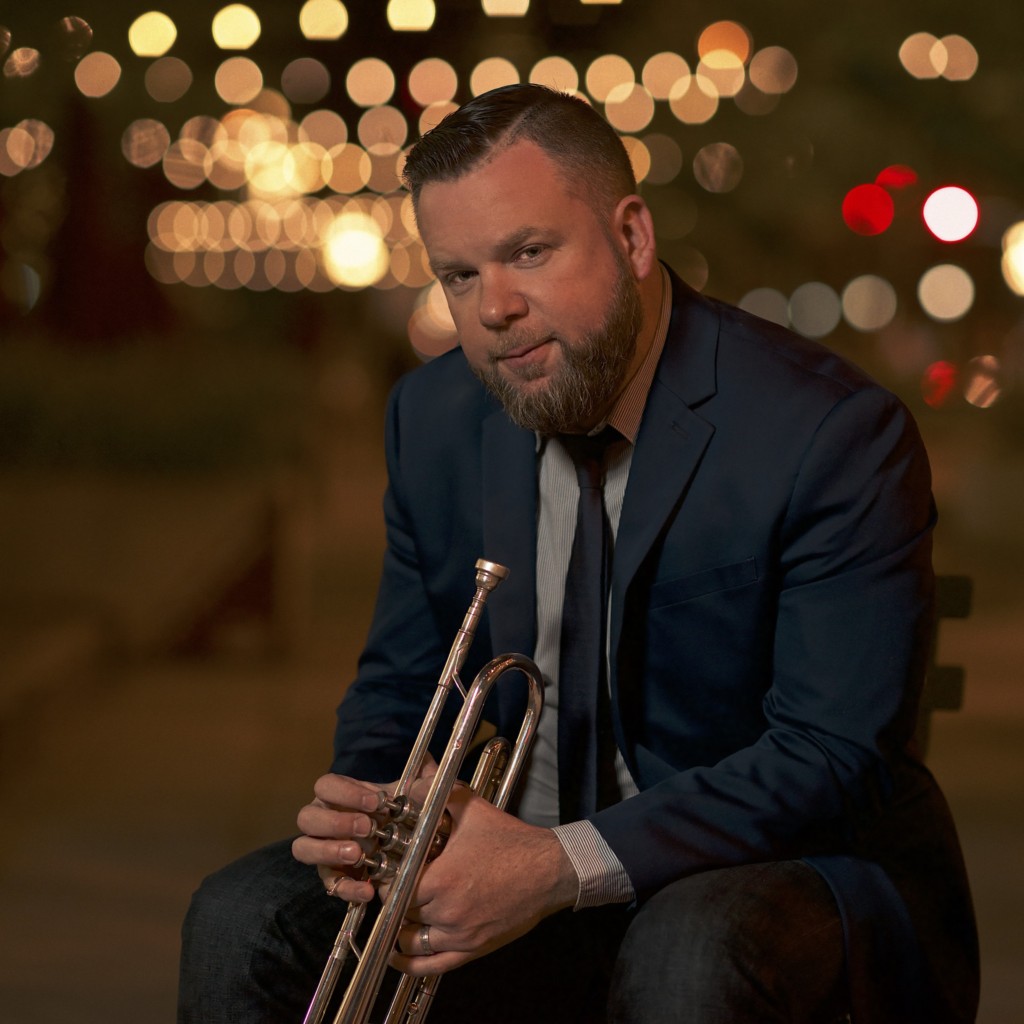 So after years of tracking and editing his first solo album, a star-studded, genre-hopping throwdown with session players spanning years and musical styles, it’s a new feeling to be dropping a record with his name at the top.

But as the world-touring trumpeter releases Church and State this week, he’s coming around to it.

“I think we’ve lost the art of albums, and listening to albums, and what the market has told artists they need to write for,” Cappy said.

“But I’m the generation that remembers staring at actual record covers and reading credits, and talking to friends about the songs that weren’t on the radio.

“I’ve put every ounce of thought and passion and love and sweat into this album,” he said. “It’s a full meal,”

A Berlin native (“and really proud of it”), Cappy traces his South Jersey roots from his twice-transplanted New Yorker parents and Bill Garton, the public-school music teacher he describes as having been “Mr. Holland’s Opus for this whole town.

“The percentage of kids who were in band, and psyched to be in band, was high,” Cappy said.

He cut his teeth in the Berlin Centenary United Methodist Church, and the University of the Arts in Philadelphia followed after high school. But Cappy’s big break came when he found himself regularly sitting in at (the now-shuttered) Wilhelmina’s at 11th and Pine with musicians like Questlove, Common, James Poyser, and Erykah Badu. He describes those evenings as “free-form, creative, and amazing.” 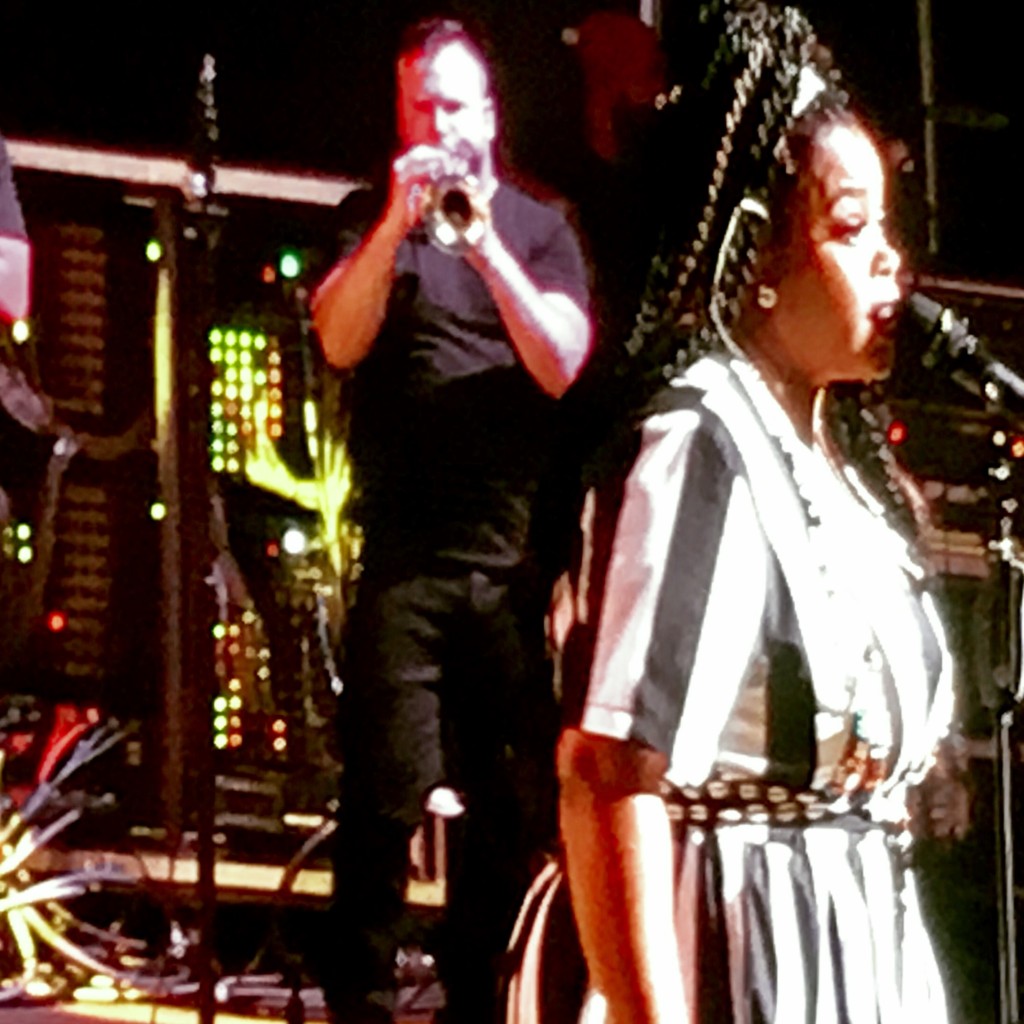 “It was a small gathering, but it was intense and beautiful,” Cappy said.

“I was treated well, and I went every Thursday.”

In that welcoming environment, Cappy became a fixture, eventually catching on with performers like The Roots and Jill Scott.

Within six months, they were in Los Angeles, as Scott inked a deal with Hidden Beach Records, through which she went on to sell nearly 2.5 million records.

Inside of a year-and-a-half, the group was opening for Sting on the Brand New Day tour.

“I owe everything to Jill,” Cappy said. “In that network of cats, one toy led to the next. It led to playing with The Roots, touring with Maxwell in 2002; playing with [gospel artist] Kirk Franklin, Mary J. Blige, and Jay-Z.”

By the summer of 2010, Cappy was headlining festivals like Glastonbury, Isle of Wight, Bonaroo, and Coachella on Jay-Z’s The Blueprint 3 tour; by winter they were opening for U2 in Australia and New Zealand. Along the way, he made the connections that appear on Church and State: percussionists like Doc Gibbs, who was chef Emeril Lagasse’s music director, Paulo Stagnaro, who tours with Ricky Martin, and Pablo Batista, who played with the late Grover Washington, Jr.

“I’m proud and more happy of all the people I was able to get on this,” Cappy said. “This circle of musicians came up with us in that neo-soul, hip-hop, R&B thing…we all have now spawned across the entire music scene.”

Neither does Cappy abandon his hip-hop roots on his first solo effort. Rising Philadelphia performer Chill Moody appears on the title track. Vocalist Marsha Ambrosius of Floetry, appears on “Amazing Grace,” and world-renowned tenor Stephen Costello performs “Nessun Dorma,” tracks that nod to Cappy’s spiritual heritage as well as the versatility of performances that appear on Church and State. Bassist Adam Blackstone, the musical director for Justin Timberlake and Nicki Minaj, also makes an appearance on “Ave Maria.”

“My mother’s a piano player,” Cappy said. “Her father was a Methodist minister in West Virginia. The love of music, faith, and church has been part of my whole life.”

Church and State displays Cappy’s versatility as well as his virtuosity in classical, jazz, and sacred music. He describes the intention as emotional more than technical, and also appreciates the challenge of showcasing a brass instrument as its centerpiece.

In Ropeadope Records, the Haddon Heights-based label that is releasing his first solo album, Cappy has also found a local partner that appreciates the performances he can deliver across a diversity of genres. Its Atlantic Avenue headquarters, which Cappy calls “East Philly,” tying it to the scene across the Delaware, is only a few neighborhoods away from his Collingswood home (as is his Gradwell House recording studio practice space.) 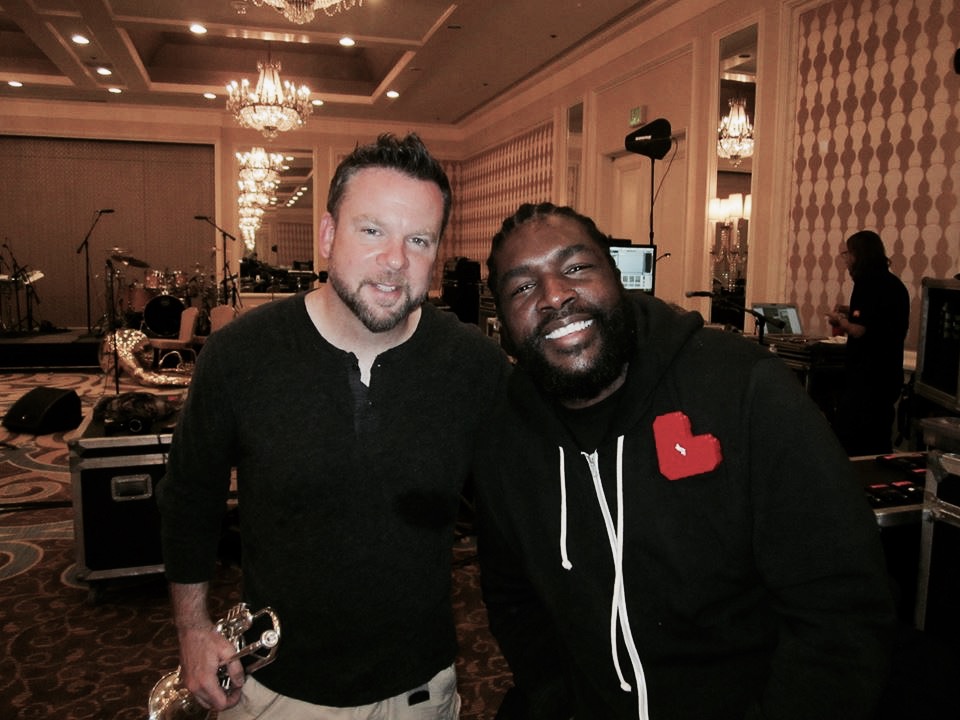 Ropeadope owner Louis Marks is a staunch supporter of jazz, and releases from label-mates Christian Scott and Eddie Palmieri put Church and State in fine company.

“What’s neat about this record is I have tunes for R&B radio, tunes for straight-up jazz radio, tunes that could go to the classical station,” Cappy said.

“The binder of this whole album is my sound,” he said.

“There’s musical nuggets on here where people are going to go away humming a melody, and it’s not this expansive, 16-measure melody, but it feels good and your head’s going to keep moving.

“I’m hoping it resonates with people and brings them some joy or a moment of tranquility or peacefulness in their day,” Cappy said. “That’s what music is.”