Trending
You are at:Home»Business»Gelato Dolceria: a Sweet Taste of Italy on Kings Highway

John Caiola and Miguel Paletta’s dessert cafe offers a laid-back tour of the sweeter side of Italian cuisine in the Haddonfield downtown shopping district. When you’re in the gelato business and customers are lining up in 40-degree weather just to get a taste of your stuff, it’s a good sign.

For John Caiola and Miguel Paletta, whose Gelato Dolceria just had its soft opening in Haddonfield this weekend, it was all the welcome they could have hoped for.

The Mount Laurel residents, who have transformed the former jewelry shop at 147 Kings Highway East into a European-style cafe, are hoping to carve out a dessert niche in the local dining scene.

“There’s never any place to just go and have dessert,” Caiola said. “You wind up at a diner. If we wanted gelato, we would go up to the Village in the city. But judging by last night, how people were coming in, sitting for an hour, just talking, we knew we’d hit a chord.”

Caiola is a Long Island native whose background includes turns as a personal chef for Leona Helmsley and as the executive chef for the luxury suites at Arm & Hammer Park, home of the Trenton Thunder minor league baseball club. He and Paletta are both Sons of Italy members and longtime friends who had been seeking an opportunity to collaborate. How better than to draw upon their shared heritage?

“We want that to be America out there,” Caiola said, gesturing to the street, “but when you come in here, we want it to be a small part of Italy.” 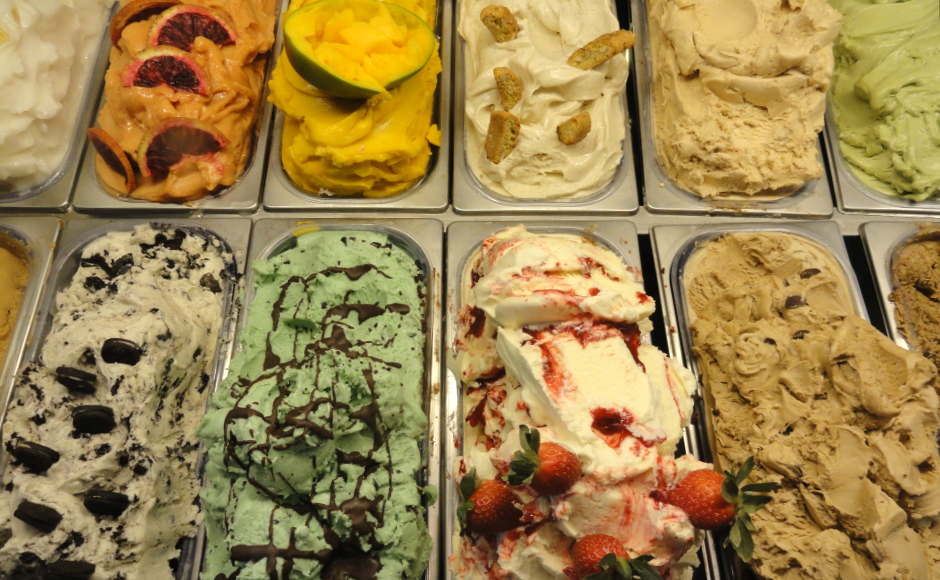 The first stamp on that passport is an imported rotation of 15 to 18 exotic flavors of gelato and sorbetto, frozen treats made from pasteurized cream and cane sugar, and free of hormones and high-fructose corn syrup.

Drinks start with Lavazza coffee, from espresso and cappucccino to affogato, a scoop of gelato drowned in espresso. In the warmer months, pudding-like Italian hot chocolate will give way to basil-simple-syrup-infused Italian lemonade, rimmed with salt and sugar, and topped with fresh whipped cream and lemon zest, Caiola said.

Just as important as the selection of drinks and sweets is creating an atmosphere that’s “not corporate,” which is why the interior transformation was a look-and-see process, Paletta said.

“We didn’t close it up like a big secret,” he said. “Everybody could see.”

The cafe has seating for 10 and an unhurried attitude. Faux exposed brick and a simulated wood-grain ceiling beam lend detail touches to the interior; a soundtrack that swells with opera and nightclub crooners completes the mood. This is a place that invites guests to linger, converse, and carouse; as Paletta said, to start or end an evening out. 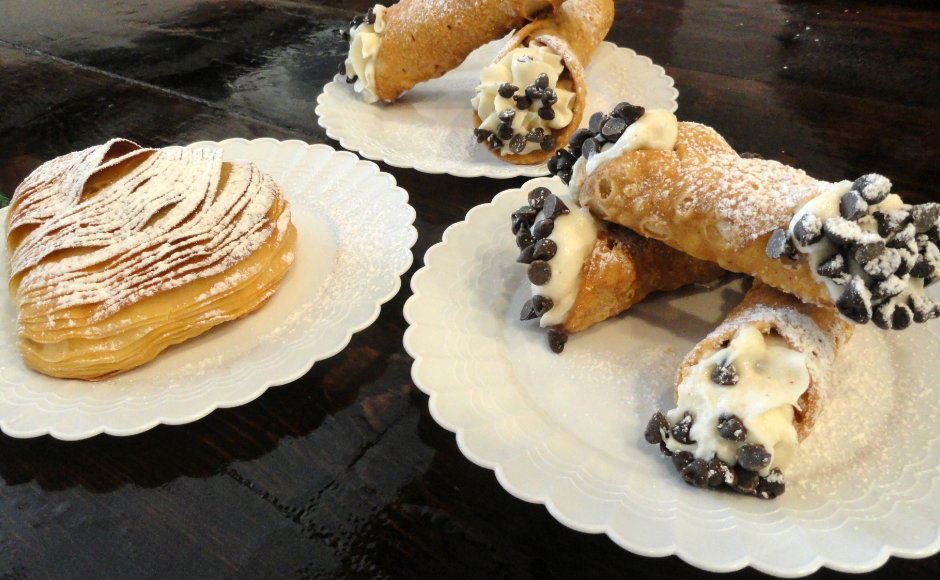 “We want to bring a taste of Italy here to Haddonfield,” Caiola said. “People in the town told us that’s what they needed here. We’re very happy to bring that.”

The shop is currently on a “winter hours” schedule that Caiola says will run from 11 a.m. to 8 p.m. Monday through Thursday, open later on Friday and Saturday, and until 6 p.m. on Sunday. However, both men emphasize a strict open-door policy, in that, if the door’s open, come on in.

“Our motto is ‘Your family is our family,'” he said. “We want people to come in here and feel relaxed. When you come into the store, it’s going to be John or I that’s going to take care of you, or one of our family members.”