Trending
You are at:Home»Police & Fire»Glassboro Man Charged with 1st-Degree Murder in Shooting of Collingswood Man

Angel Torres, 31, was arrested in Baltimore, Maryland by U.S. marshals. He is charged with first-degree murder in the January 2 shooting death of Michael Giancola of Collingswood. 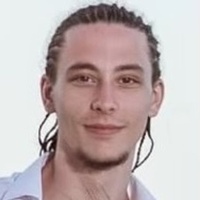 A Glassboro man has been charged with first-degree murder in the January 2 shooting death of a Collingswood man.

Torres is awaiting extradition to New Jersey where he will stand trial for the killing of Michael Giancola, 24, of Collingswood, according to the Camden County Prosecutor’s Office (CCPO).

Police responded to the scene after reports of gunfire were detected by the ShotSpotter system. There they found Giancola, who had sustained multiple gunshot wounds. He was transported to an area hospital where he was pronounced dead.

Giancola was laid to rest January 8. He leaves behind a 5-year-old daughter, Avalyn, and is survived by his parents John and Sherri, his brothers Eric, John, and Tony, Avalyn’s mother, Brittany Dunn, and his girlfriend, Shaina Fay.

His family remembered Giancola as “a young soul… taken too early from us all.”

He will forever be remembered for his amazing smile, energy, wit and style. The thing that meant most to him in this world was his daughter, Avalyn. He was such an amazing daddy. You could see it in his eyes that being a daddy was his best accomplishment. He loved his family and friends fiercely and loyally.

We have heard of how much love and friendship he has given to everyone….that is nothing to the love and joy he gave his family. Family always comes first. He was funny, and always enjoyed coming over to mom and dad’s to grocery shop in their kitchen.

He had no judgement for anyone. The only judgement he had was for himself. Please remember him with a smile and know that he would have done the same for you.