Trending
You are at:Home»Business»Gorshin Trading Post: a Touch of Disney in Downtown Haddonfield

Mitch Gorshin lends the show-biz sensibilities of a Disney ‘imagineer’ to his Haddonfield men’s shop. 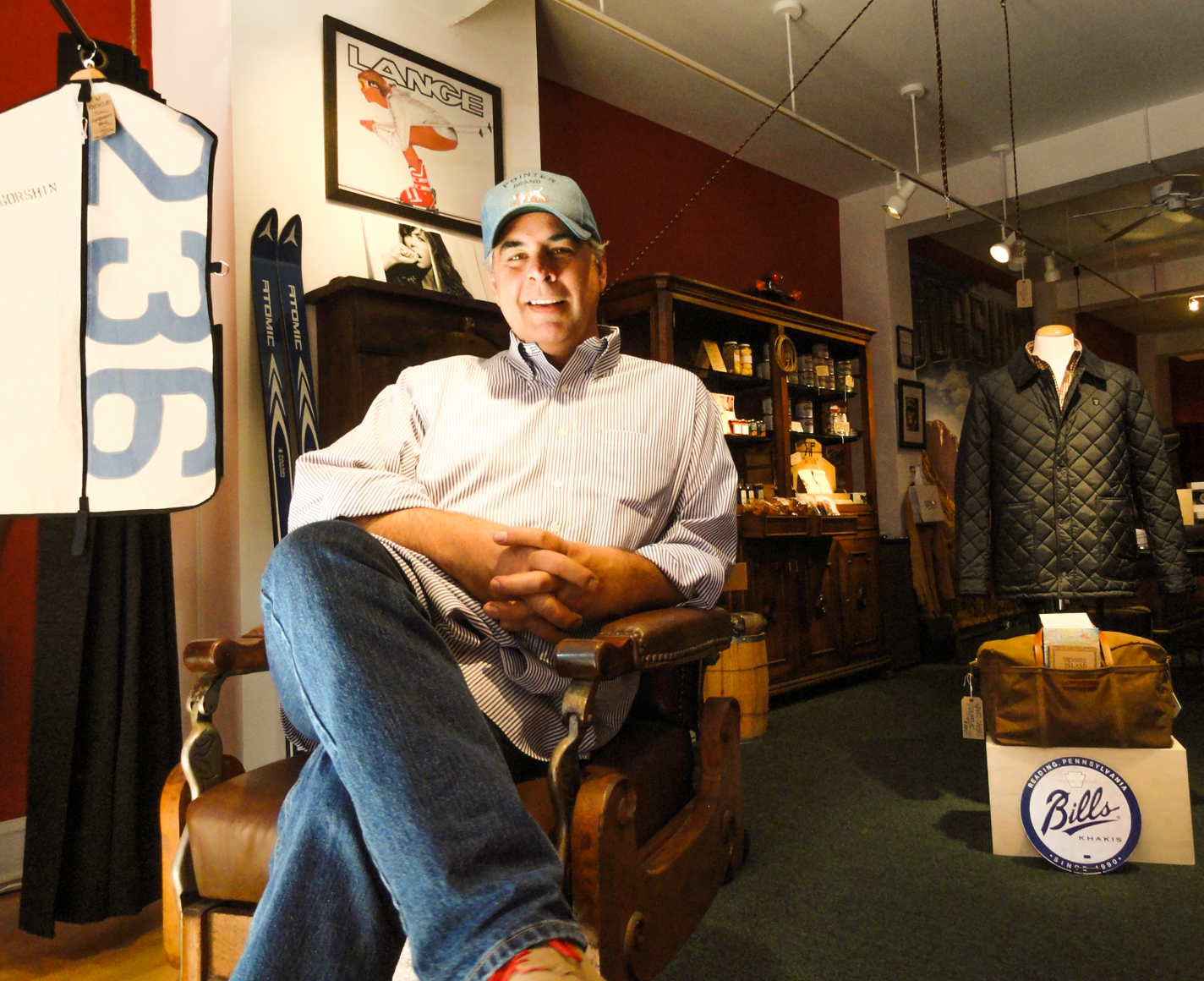 Growing up, Mitch Gorshin says that some of his friends were afraid to come over to his house “because they thought Dad was nuts.”

It was somewhat understandable: Gorshin’s father, Frank, famously originated the character of The Riddler on the Adam West-era Batman television show, and Mitch’s peers fit its demographic.

In a household where he might come home to find his father having coffee with James Cagney, Dean Martin, or Carol Burnett—“Dad was friends with so many people,” Mitch Gorshin said—it would have been easy to follow Frank into show business as an entertainer.

Mitch discovered his interests lay behind the camera, however, and parlayed an arts and engineering education into a 15-year career as an “imagineer” at the Walt Disney Company.

“We were the designers that make stuff and build stuff, from theme parks to attractions to cruise ships and on and on,” he said. 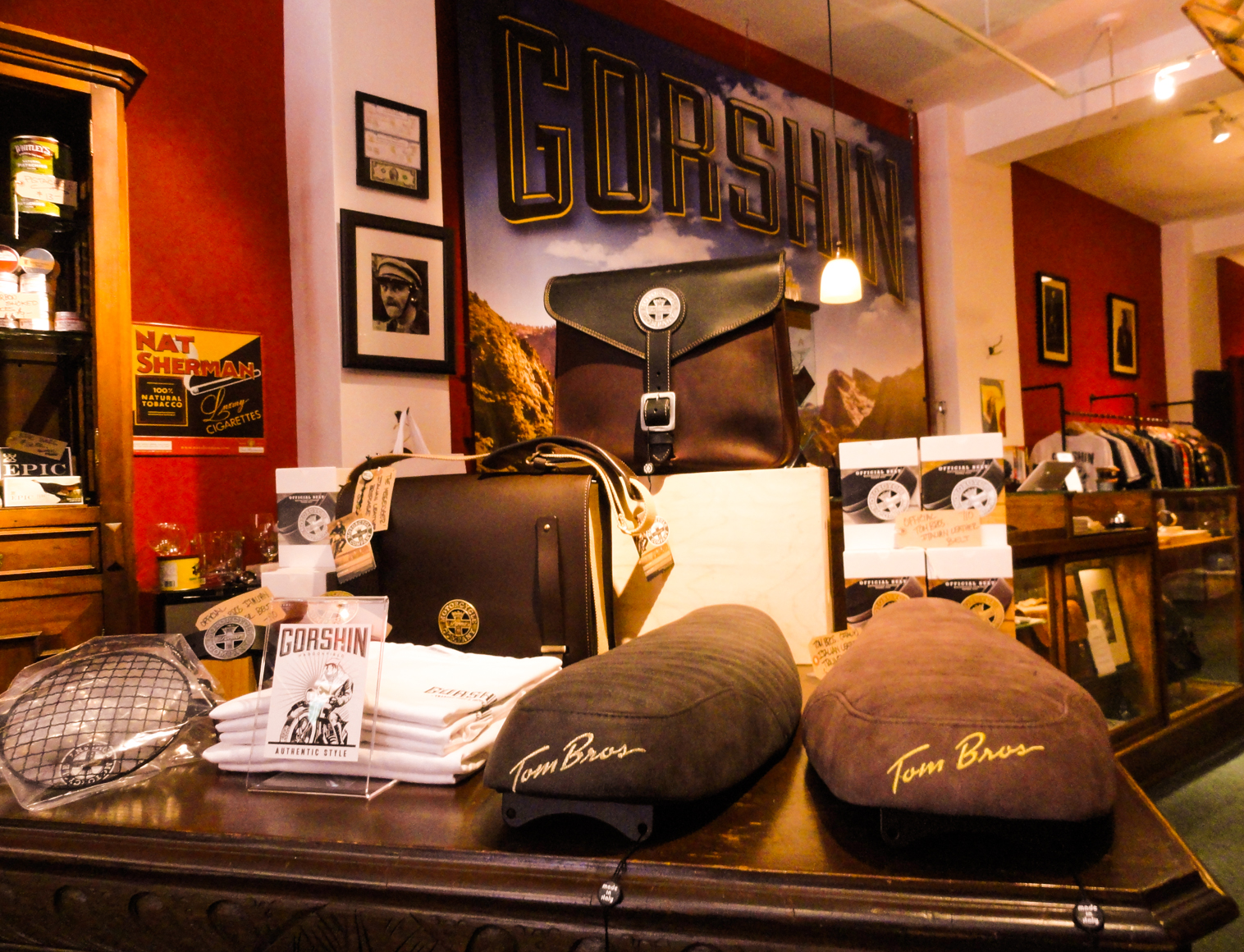 Mitch’s favorite projects were resorts; a product of Frank’s post-Batman­ headliner gigs in Las Vegas. Summers spent in hotels like the Sahara and the MGM Grand in the 70’s inspired Mitch Gorshin to strike out as an independent design consultant for chains like Marriott, Ritz, and Renaissance.

Consultancy work brought the Gorshins from Orlando to Haddonfield in 2010, when Mitch was hired to “interject some of the Disney sensibilities” into the now-shuttered Revel Casino Hotel in Atlantic City.

Along the way, he said, his middle-school-aged son “made a boatload of friends” in the borough, and Mitch and wife Maria didn’t want to uproot him again before high school.

“We said ‘Let’s stay put,’” Mitch Gorshin said. “I’ve always wanted to have a little store since I was a kid. We figured this is the perfect town to realize this personal dream of wanting to have my own little space.” Gorshin Trading Post stands out as a decidedly masculine counterpart to the women’s boutiques, housewares, and bridal shops that populate the Kings Highway downtown shopping district.

But Mitch Gorshin said that his intended customer experience is “browsing and socializing” and “add[ing]a little bit of texture to the town” and not “the hard sell.”

“When you’re talking about design, it’s not just visual impact,” he said.

“This is a touchy-feely place. Come in and kick the tires. If you find something that you like, fantastic. If you’re just coming in to say hey, fantastic. Nothing is being pushed on you.” 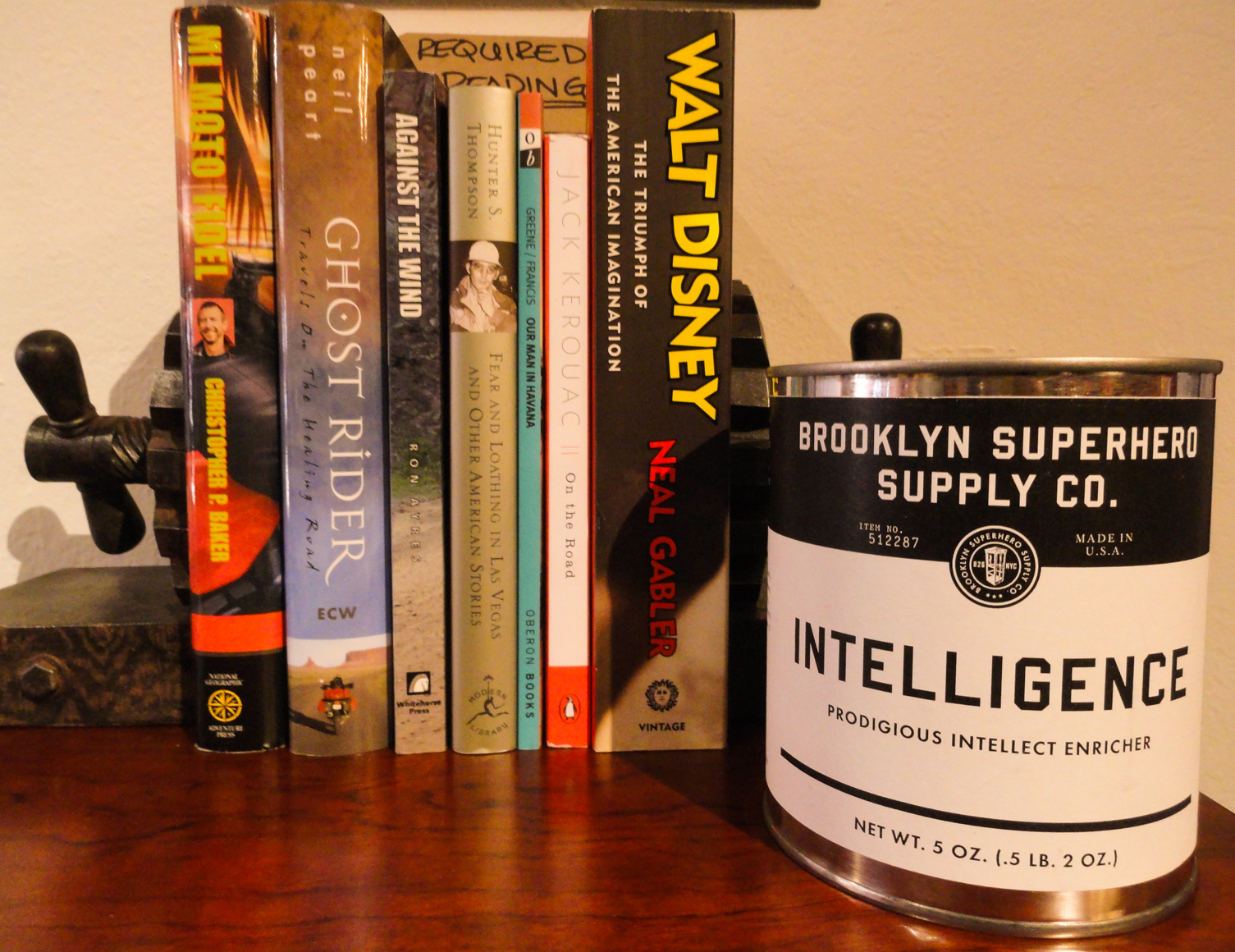 A floor-to-ceiling tapestry behind the counter features the store name overlaid across an epic, adventurous nature shot.

“I want to create a Disney attraction [of walking]into a trading post,” Mitch Gorshin said. “Everything I have in there has got a story behind it, and I can tell it even in the shelving systems. I think that that really resonates with the people who come in. 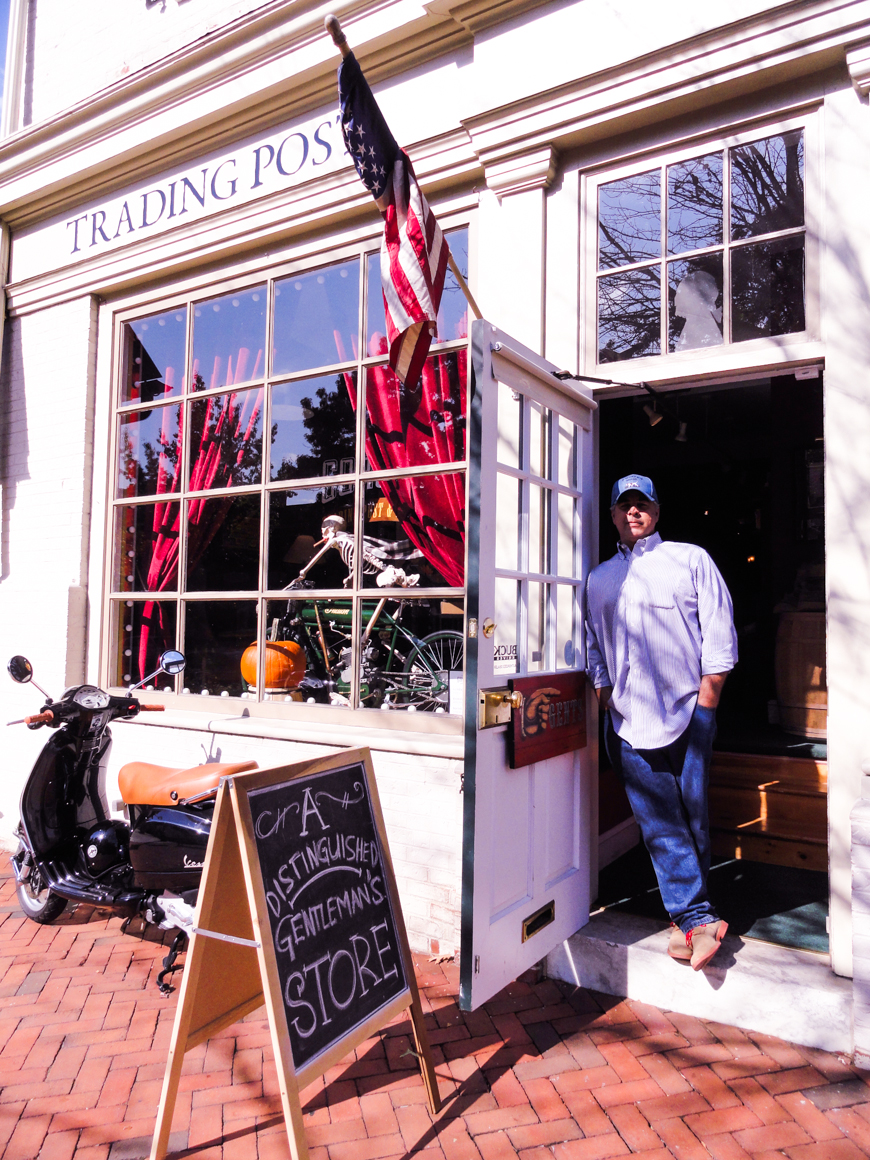 The response has been favorable so far, Mitch Gorshin said: he’s tracking about 35 percent of his patrons as repeat customers, and has turned over his entire inventory at least once, including a Detroit-made, handcrafted Shinola bicycle.

The Trading Post will also host special events, from whisky tastings and straight-razor shaving lessons, to storytelling hosted by TED talk speakers and grilling tips in the spring.

The first of these is a “Rise and Roar” motorcycle breakfast event to be held 9 a.m. Saturday, October 25, in conjunction with the British Chip Shop. Mitch Gorshin’s own collection of bikes includes a Triumph Thruxton, BMW R1100-S, and a rebuilt 1978 Kawasaki KZ 750.

Lest those who stop by feel shy about sharing a remembrance of Frank, Mitch keeps photographs of his father in the store, and welcomes the conversation.

“People say, ‘You must get tired of it,’” Mitch Gorshin said. “Not at all. He was a talented guy. He did great things. He was a great dad. He always feels omnipresent.”