Trending
You are at:Home»Government»Collingswood»Greystar Chases Plumbing Issues at Heights of Collingswood

Borough officials said that water issues at the densely populated apartment complex were confined to the property itself, and had been resolved by Sunday morning. 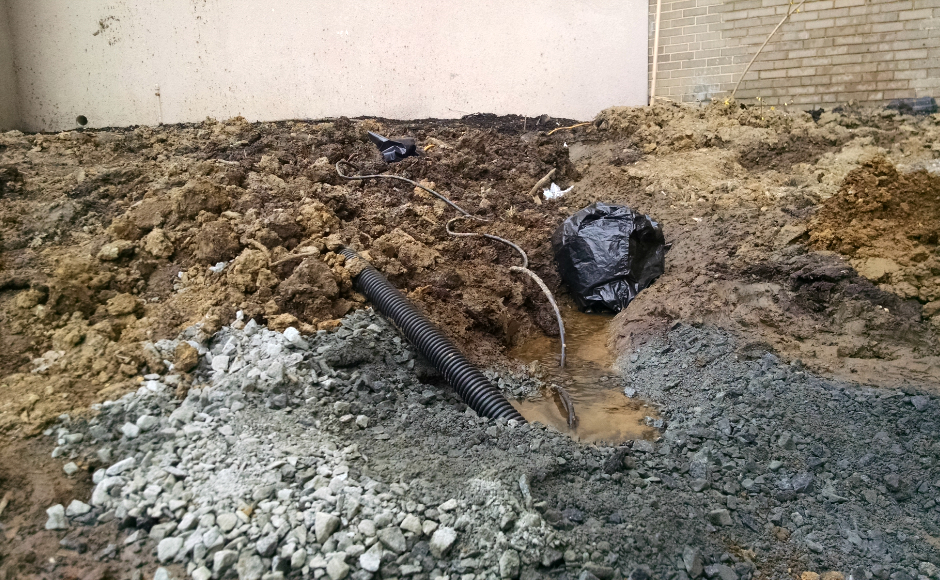 Site of water repairs at the Heights of Collingswood. Credit: Matt Skoufalos.

After more than a week of intermittent interruptions, water service at the Heights of Collingswood apartment complex was restored fully Sunday morning.

According to Collingswood Commissioner Mike Hall, management discovered a break in a more-than-70-year-old underground pipe around 1 p.m. Saturday and notified residents of an impending shutoff.

The work, which Hall described as “a difficult, underground repair,” was completed overnight, and all issues related to it are confined to the Heights of Collingswood property.

After an initial fix, the problem resurfaced because earlier repairs had undermined the stability of the earth nearby.

“They made a repair two weeks ago, and yesterday it sprung a leak in a different place,” the commissioner said. “It’s an old pipe and you go chasing the repairs.”

Dianne Shefski Harper, who moved into the complex last summer to keep her school-aged children in the Collingswood district, was frustrated. Two of her kids are wrestlers who couldn’t shower after weekend matches or workouts; the third requires a routine that was more severely aggravated by interruptions.

“Of course everyone else holds in their bowel movements until the water is back on,” Harper said. “We fill every pot, pan, pitchers, containers, and tub up, and reserve it in case of an emergency.”

After each shutoff, Harper said her tap water has been dirty, and with an odor of chlorine. She said maintenance workers chalked it up to a dirt-clogged sink filter, but also told her they weren’t fond of the water in the complex.

“I’m not a complainer, believe me, but there is a quality-of-life issue,” Harper said. “I grew up here but can barely afford to live here.”

A pair of long-time residents who declined to be identified by name said they have been inconvenienced by the shutoff issues, but saw little option other than to wait out the repairs.

“People complain and there’s not a damn thing [Greystar] can do or we can do,” said one 20-year tenant. “Some people are on subsidized rent, like me, but a lot of people pay a lot of money to live here.”

Both corroborated the experience of finding “sludge and dirt” in their water, but also agreed that Greystar “put[s]a lot of money behind the stuff they do. 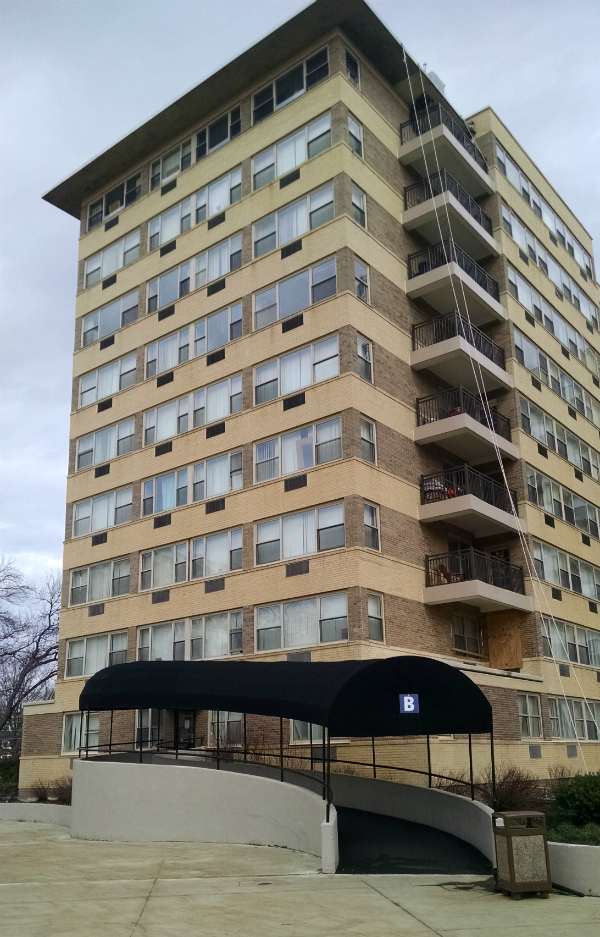 Residents said Greystar replaced decks at the complex after some were damaged in an earthquake. Credit: Matt Skoufalos.

“When they had the earthquake, they changed the patios,” the resident said, indicating the newly built decks outside of a number of the units. “When they found a leak in the garage, they put all-new cement on the terrace.”

Peg Ewold, who moved to the apartment complex from Medford last summer, said the problems at the Heights of Collingswood are typical of infrastructure issues nationwide.

“This place is 74 years old,” Ewold said. “The pipes are old. They keep cracking. They’ll fix one area, and another will crack further down.”

Otherwise, she said, her experience at the complex has been “okay.”

From the perspective of borough government, Greystar has been a responsible partner in managing issues at the property, Hall said. He affirmed that Collingswood will continue to support the facility however it can.

“We’ve worked with [Greystar] whenever there’s been problems there, be they electrical, elevators, trash,” Hall said. “We know what’s going on over there. We want the place to stay nice.”

Hall encouraged Collingswood residents to contact the borough with any concerns.