Trending
You are at:Home»Business»Gridless Power: Innovation Grown in Collingswood 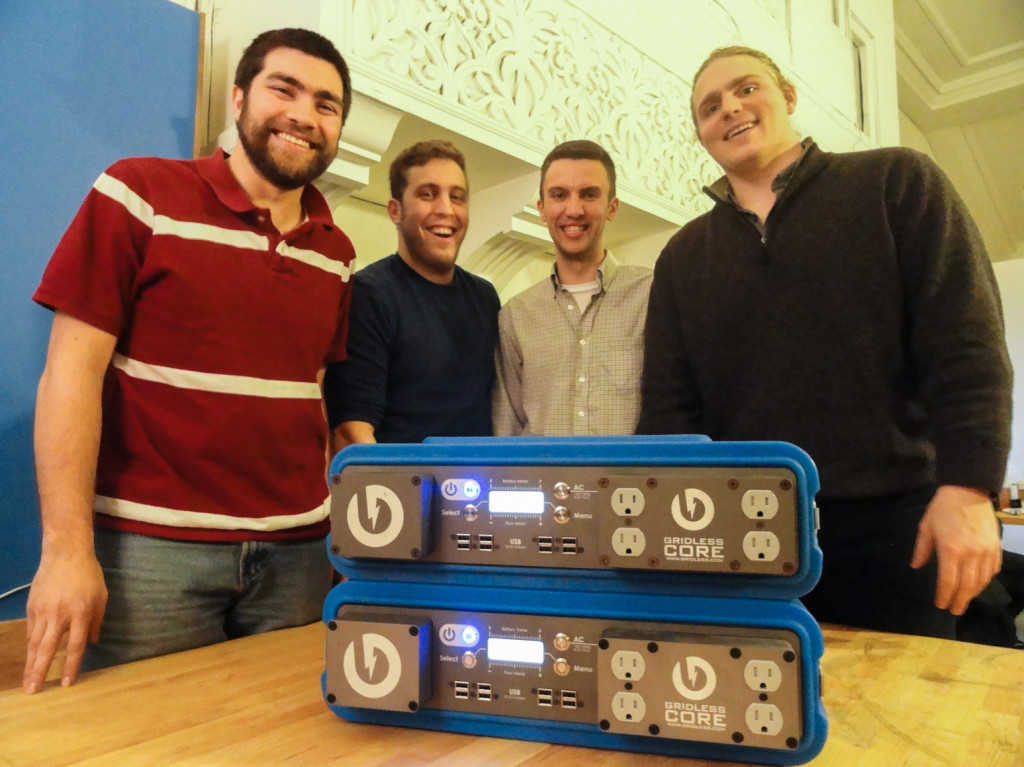 They had the attention of defense contractors excited by its potential use in forward outposts.

They had the ears of government agencies eager to outfit their first response teams.

They had an innovative take on a next-generation technology and a half-million-dollar state grant to develop it.

And they called it the Power Flower.

“That’s when we realized we had to change our name,” said Patrick Murphy, “because we were called ‘those flower guys’ by the Marines.”

Murphy is the 27-year-old president of Gridless Power, an energy technology company developed by a trio of childhood friends: Murphy, Andrew Leonard, and Jason Halpern, all of Collingswood.

When the bottom dropped out of the photovoltaic market, “those flower guys,” which had begun with a foray into portable solar technology, soon changed focus to resolving off-grid power issues

“People liked the solar portion but started asking, ‘Can we just buy the battery?’” Murphy said.

“We were talking to a lot of folks who said, ‘We need this thing that is mobile power,’” Halpern said; “an extreme product for a very extreme need set.” 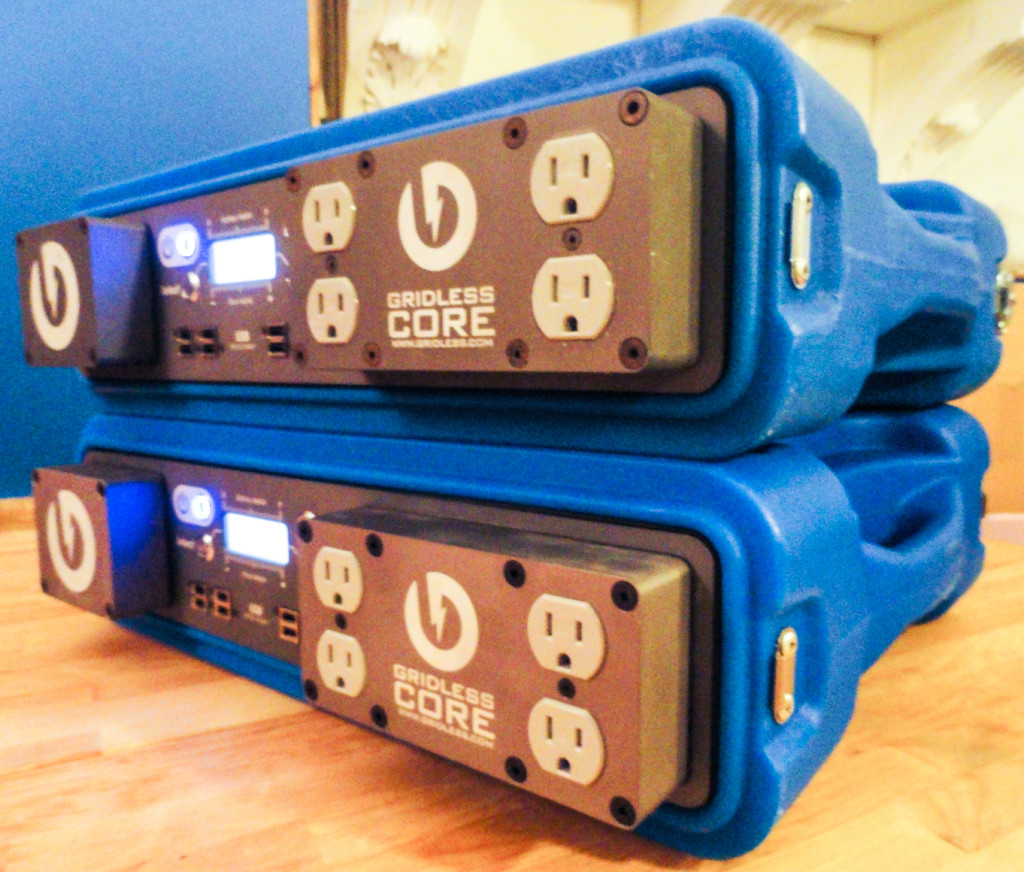 What the group developed from that point was the Gridless CORE, a lithium-iron phosphate battery that provides portable energy without the fumes or noise of a gas generator, reports analytic and deployment information back to its operators remotely, and rapidly charges to full capacity after just an hour on a traditional AC outlet.

The versatility of the CORE means that it can be charged via solar panel, vehicle cigarette lighter or alternator; even a wind turbine, Halpern said.

“It doesn’t matter what you have, you can juice up off the system,” he said.

Meanwhile, unlike solar panels, which require an inverter to be accessed off-grid, the CORE provides 1,000 watts of continuous AC power.

At 50 pounds, and in a ruggedized case, it also is “drop-, shock-, and weather-resistant.”

“This is a great form factor,” Halpern said. “Our next priority is figuring out what the other great form factors are for portable power. Easier and smaller systems are coming down the pike.”

Although the CORE could just as easily power an outdoor music festival in Haddon Township as a forward base in Fallujah, its price tag puts it squarely in the market for business, government, and non-governmental organization (NGO) customers.

“The thing we’re most excited about in the near term is international aid,” Murphy said. “All the work those people do on the ground, every last bit of it requires power.”

Add to its resume the fact that the CORE has been field tested in the aftermaths of tornadoes in Kansas, Hurricane Sandy here in New Jersey, and a medical clinic in Liberia, where Murphy said, “with a couple solar panels and the unit, we should be able to run a small refrigerator.”

Those are fair distances to travel for a product conceived on a farm in Vineland, developed in Collingswood, and assembled in York, PA.

In fact, the Gridless team credits its Collingswood headquarters in The Factory as integral to the growth of the business.

“There’s not a lot of office space in town, but it’s close to the city so we can recruit people from Philadelphia,” Halpern said.

“It’s great for business contacts. We can walk to work.”

And when the top brass wants to have a working lunch while they discuss the off-grid power needs of their operatives in the field, they certainly don’t mind meeting the Gridless team in the downtown Collingswood business district.

“They know us and love us on every restaurant on the avenue,” Murphy said.