Trending
You are at:Home»People»Grief, Outrage, and Information: a Primer on Child Sex Crimes

Our Q&A with Robert Crawford, a South Jersey therapist who has worked with victims of sex crime as well as with sex offenders.

On Friday, the Philadelphia Inquirer broke the news that Collingswood chef Alex Capasso was arrested on charges of child pornography. Subsequent coverage featured explicit details from the case file. Public reaction was immediate, intense, and sustained.

In the interests of offering some education about sexual assault, pornography, and some perspectives on the emotions involved in relating to the news of such crimes, NJ Pen spoke with Robert Crawford, Ed.D., MS, LPC, BCETS.

Crawford is a nationally board-certified counselor who practices at Connections Counseling, LLC in Woodbury. He specializes in sexual addiction. For more than 20 years, he has treated victims of sexual abuse, including victims identified by the Diocese of Camden. Crawford also counsels a group of Megan’s Law sex offenders.

NJ PEN: Can you explain what’s happening emotionally, psychologically, when we see this outpouring of reaction to a crime involving children?

ROBERT CRAWFORD: The technical term is normalcy bias. We want to see the world the way we think it is or should be, because that gives us a sense of safety or security. I’m dropping my three kids off at different practices, I want to believe the people I’m dropping off with are safe; the teachers that teach them, the ministers and priests that I work with, are what I see them to be.

When something like this happens, it really is traumatizing because it really unsettles the worldview that we hold onto. People will hear this information and they won’t want to believe it because it doesn’t fit into how and what they want to see the world as.

So I say: wonderful! The two greatest tools that any kind of sex offender has are the ability to lead a double life, to be a practiced liar; the other one is the ability of people willingly to be deceived.

People don’t want to deal with the reality, the stress, the anxiety, that there may be somebody that’s a danger to their children in their own community. This rocks peoples’ worlds.

When you can’t see the bad guy, and the bad guy looks like a good guy, we can’t predict what’s safe. That’s what drives that kind of anxiety. We want to figure this out.

NJ PEN: How does this anguish affect the people who are incidental byproducts of these crimes? Not just victims, but relatives of the accused: children, family, friends.

CRAWFORD: They’re incidental at some point, but the behavior is touching their lives. Statistically, you’re most likely to come across somebody that is offending children at Thanksgiving dinner. It’s the uncle, the cousin, the stepfather. It’s the people closest to you. A majority of women by the time they’re 21 have had some type of sexual offense against them.

NJ PEN: Is there anything that can help people process intense reactions to this story?

CRAWFORD: Wake up. Understand that our children are being exposed to sexual content that parents have no idea about. Instagram, Snapchat, pornography through their cell phones. There is sexual stuff coming to the majority of our children.

NJ PEN: If those are the circumstances, then what’s the solution?

The offender, chances are he began seeking into pornography and then trying to branch out. These guys get into this cycle, and the pornography doesn’t stay the same. After a while, it gets boring at the level that it is, and you keep moving, you want a thrill.

Did you ever see To Catch a Predator? The thing that always strikes me about that is these are normal guys. Pornography feeds a deviance in a way that it never was fed before.

NJ PEN: How does that happen?

CRAWFORD: Pornography isn’t about the orgasm; it’s about using it to numb and change how you’re feeling. There’s something about numbing the things that are happening in their lives. There’s a correlation between the amount of painkillers that are out there and the amount of things people use to kind of get out of where they’re at in their lives.

CRAWFORD: Years ago, you had to go to these specialized places, and you had to watch who was coming by because you parked out front. Now you don’t have to go to these places, you just log on. You can log on at your cell phone. At work. At the stoplight.

NJ PEN: The majority of offenders are male. If there’s a connection between sexual aggression and pornography, does it translate across genders?

I always say that a woman’s pornography is Facebook: they’ll spend hours a day seeking relationships online that they lack in their lives, just like men will spend hours a day seeking sexual relationships that are lacking in their lives. We don’t have to work it out with our spouses anymore. It’s easier for them to say “Forget it, they don’t understand me. I’m going online to find someone who does.”

I use the definition of adultery as anything that belongs to your spouse that you give to somebody else: time, attention, money, humor, friendship. In and of themselves they’re all neutral, but it’s when we use them to numb, we use them as tools, just like alcohol. If you’re using it as something to get away from who you are, or what you’re feeling, now you’re developing an addictive process. 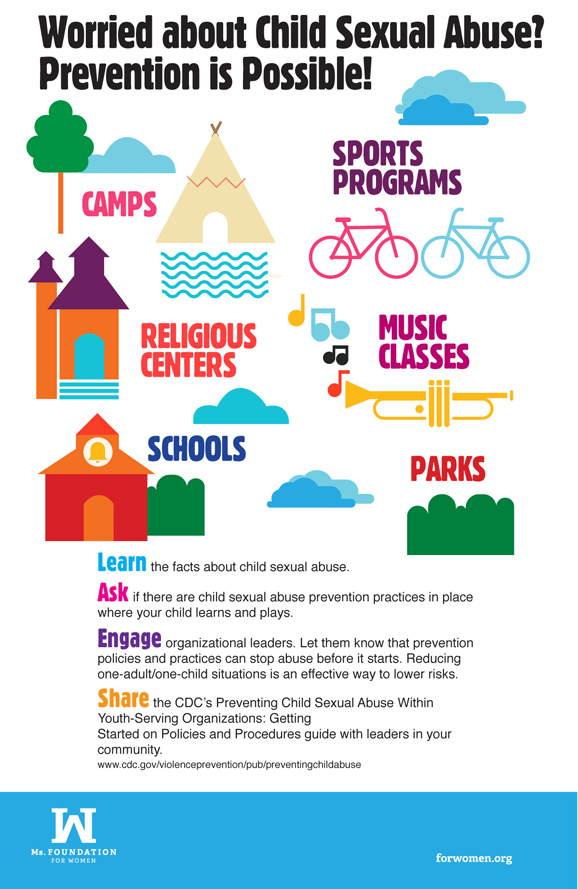 NJ PEN: What makes someone become a sex offender?

CRAWFORD: There are offenders who are fixated; repetitive and compulsive, predators through and through, and they aren’t going to do well in therapy. The cement is dry.

The majority of guys walking into To Catch a Predator are regressed. They live normal, healthy lives, but something’s happened to cause pain, trauma. It’s not really about the sex.

You’re always going to have extreme cases, where guys are going to be cultivating their own families, but that’s the minority. The majority are the one- or two-time offending against somebody that they have access to.

Pedophiles in general have interests and tastes that go to an age that is pretty specific. There’s three classifications of pedophilia: 0-3 is called infantaphilia, age 3 to puberty is called pedophilia; when it’s puberty to the age of consent, it’s called hebephilia.

One of the fastest-growing types of pedophilia online is infantophilia, the abuse of children.

NJ PEN: Why does that happen?

NJ PEN: When the victims are so vulnerable, people have this extreme outrage. Does that explain people who react by imagining some graphic punishment they’d like the accused to suffer?

CRAWFORD: Anger is often times a masking emotion when we don’t want to deal with the fear of things, because fear is when we’re out of control.

When [an abuse case]happens, we’re absolutely terrified. Colorful fantasies—as if doing it to this guy, we can go back to the normalcy of our lives… It’s a moral shortcut to make someone an enemy or a monster.

Here’s the problem. If I hear there’s a bunch of carjackings and they arrest somebody, do I not lock my car still? I take the precautions. Why don’t we do that with our children? People who are offenders, they depend on the parents of the victims to want to not believe that it’s happening.

NJ PEN: How do you manage awareness without making people afraid of everyone they know?

CRAWFORD: None of what I’m saying is to isolate or to separate from our neighbors or our friends. It is meant to say: be aware of the vulnerability. It’s not a knee-jerk, black-and-white, I-have-to-keep-my-kids-away-from-everything [reaction]. It means that you become more aware, you ask questions, and you ask questions even of people you know.

If we approach things from a fear mentality, then we pass on a sense of “you have to be fearful of these things.” And we know that the things we’re fearful of, when we move away from them, become paranoias and anxiety, and become debilitating.

This is about living in transparency and honesty. I do talk to my children about what’s okay, what’s not okay; why they can’t spend the night over so-and-so’s house. I say, “Because I love you, and under my watch, I need to protect you.”

We have lost the ability somehow, and the permission, to protect our children. We have to train them for situational awareness. When we think of something that’s a what-if, and we don’t have a response to it, we don’t want to think about it again and we don’t want it to happen, so we just hope that it won’t. 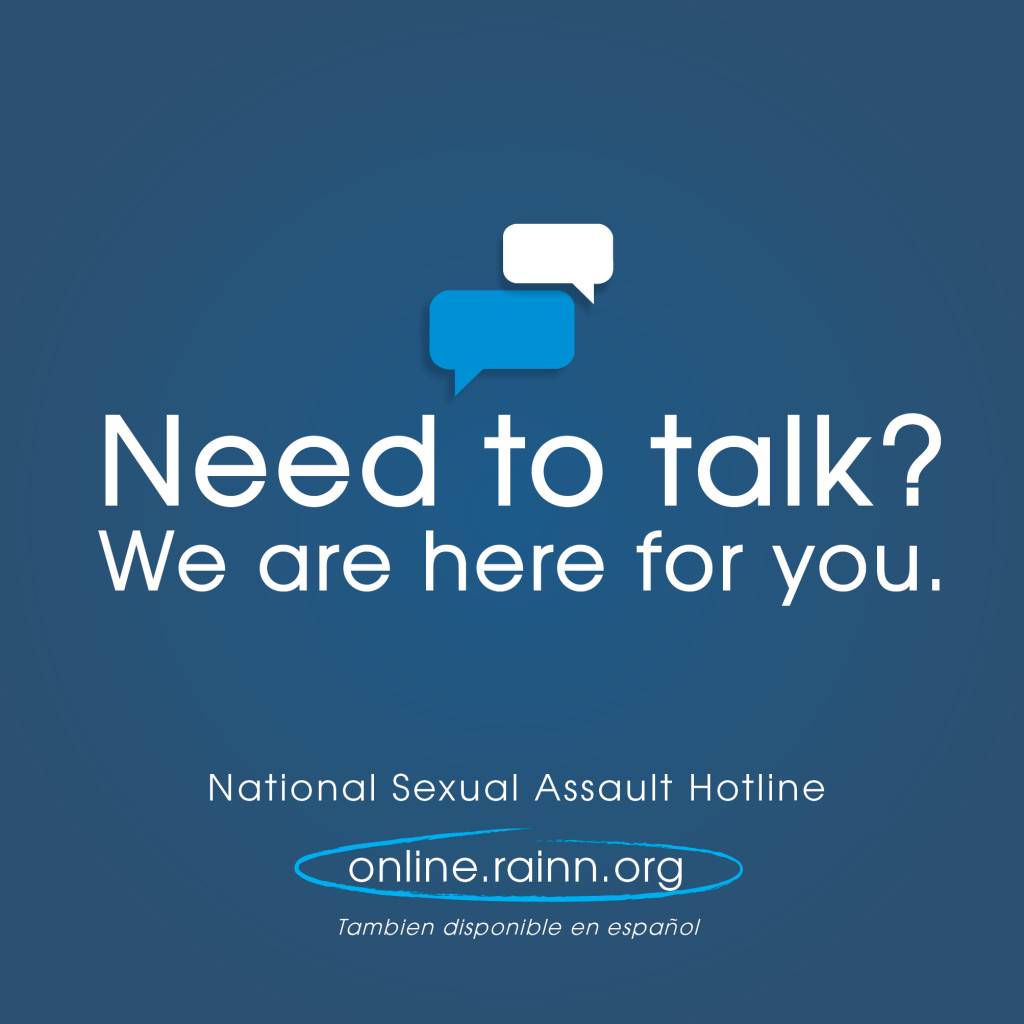 NJ PEN: When it does happen, we’re floored. Is it ever possible to find compassion for the offenders?

CRAWFORD: In my work running my groups, I’ve met the nicest guys. They’re good guys who have gotten lost. Most of these guys are broken; they’re in pain. They’re not monsters. When they begin to speak, many of them don’t even understand or have an appreciation for what they’re really doing because they’re so lost in their own addictive thing.

The real fixated offender, that’s a different story. The majority of them are lonely, broken, confused. They’ve lost their moral GPS, and they’re okay guys when they have time and treatment.

The big thing is they’re not able to express empathy for their victims when they’re doing it. When their life begins to change, the regret overwhelms them. I have guys who have said to me, “That was the worst thing and the best thing that’s ever happened to me. I am grateful for what has happened because it changed my life.”

CRAWFORD: Just getting caught. They’re prisoners of their own depravity. When they’re able to break that cycle—and many of them do, in time—I see these guys have this redemption, and the remorse can be very real and very powerful.

NJ PEN: What if you’re affected as a general member of the community? How would you help people who have no connection to the families involved, but who are still very upset?

CRAWFORD: It’s hard, and not everybody’s going to get it, but the first thing is get in touch with what your kids are having access to. What we did with the priests was we took away their victims, and we began teaching children child abuse prevention very early.

Your duty is to your children and your family. You begin to teach them, you learn about it, you teach them to protect them, just like you would say, “When you’re walking down a dark street, how you would protect yourself?”

We want so much in our society to protect our children from any kind of bad thing. We’ve got too much in our world where we want to give them opportunity but we also have to prepare them for the fact that dangers are out there, too. We isolate them, but that’s not helpful. That’s not resilient.

I think we’ve just got to realize that parenting is not passive. It’s active. There are threats all along to our children.

NJ PEN: It’s an intimidating subject for parents to tackle who probably haven’t figured out their own feelings on the issue yet.