Trending
You are at:Home»Government»Grove Street Work to Divert Haddonfield Traffic

Utility work along one of the major arterial throughways of Haddonfield will take another step forward this week, as the borough works to replace portions of its aging water and sewer infrastructure.

In the two weeks during which that project is scheduled to be completed, motorists along Grove Street will have to find alternate means of travel. 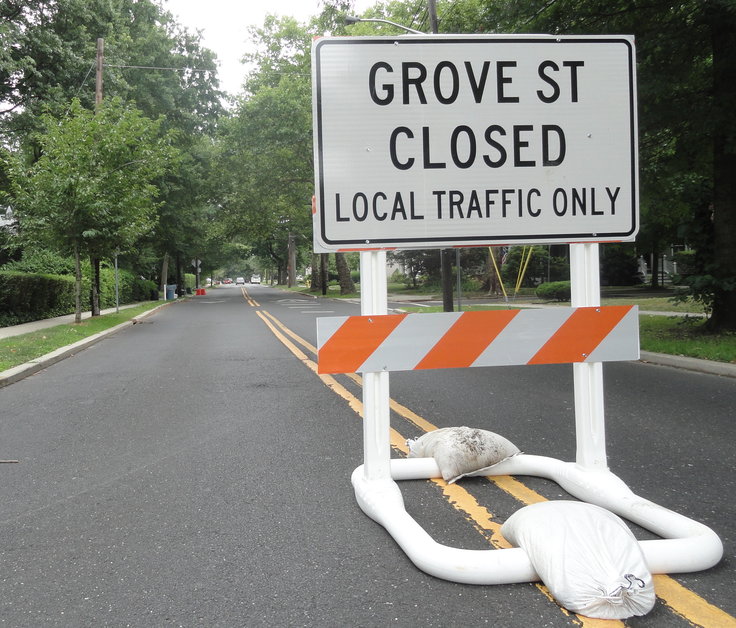 The 6.5-mile county road sees a heavy volume of traffic that will be diverted primarily via Park Boulevard for the length of the work, said Haddonfield Police Chief Theodore Stuessy.

“It’s going to be a significant detour inasmuch as we get a lot of traffic on Grove Street,” Stuessy said.

Although the construction project has been ongoing for two months, Monday marked the first day of the Maple Avenue closure.

During the morning rush hour, officers were redirecting traffic along the busy county artery.

“It’s the growing pains of any construction project,” Stuessy said on Monday.

“We’ve had some minor confusion with motorists, but it seems to be leveling out.

The sewer main work will be completed in two phases over a 15-day period, Stuessy said. Ten days are allotted for the work on Maple Avenue and another five for the work on Lake Street. Both connect Grove Street with Haddon Avenue. 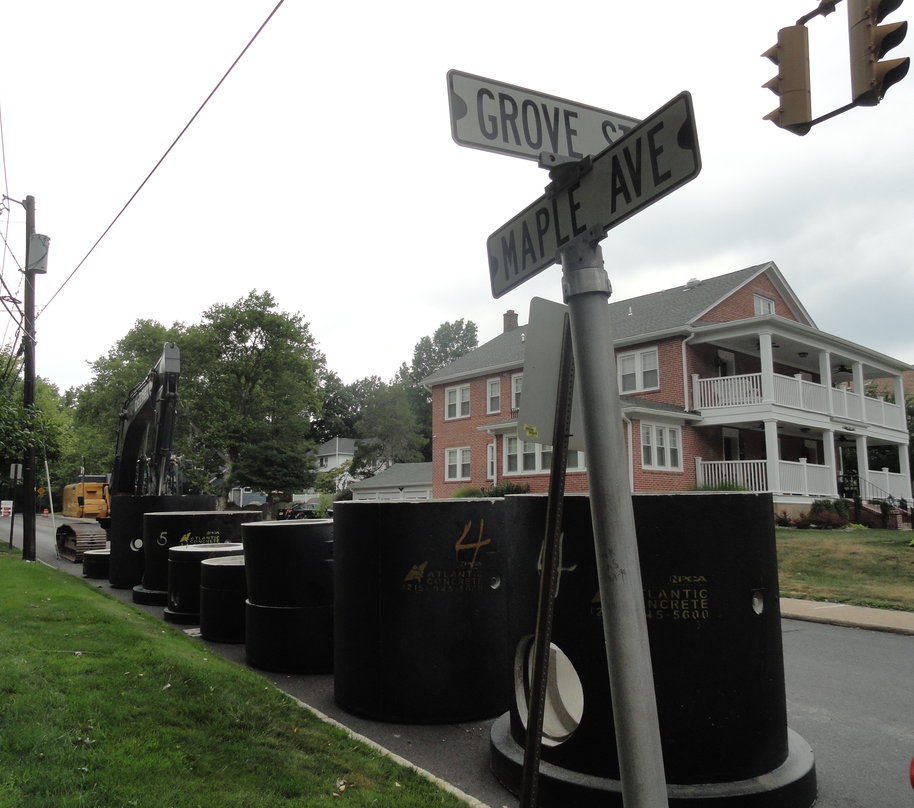 Haddonfield residents were notified of the project timeline via a letter from borough government; digital message boards have advertised the changes “for a full 30 days in advance,” and with the help of Camden County government, Stuessy said.

“We’ve done our best to put it out there,” he said.

“The residents are the people that have to do business within the closed portion of Grove Street. They can get around; they’ll just have to pay attention to the signage and just be patient.”

Stuessy noted that the detours would be operational around the clock, and advised those who travel through the borough to come up with an alternate plan.

“These barricades and closures will be up and running for the full 24 hours,” the chief said.

“They’re not going to be taken down at the end of the day.” 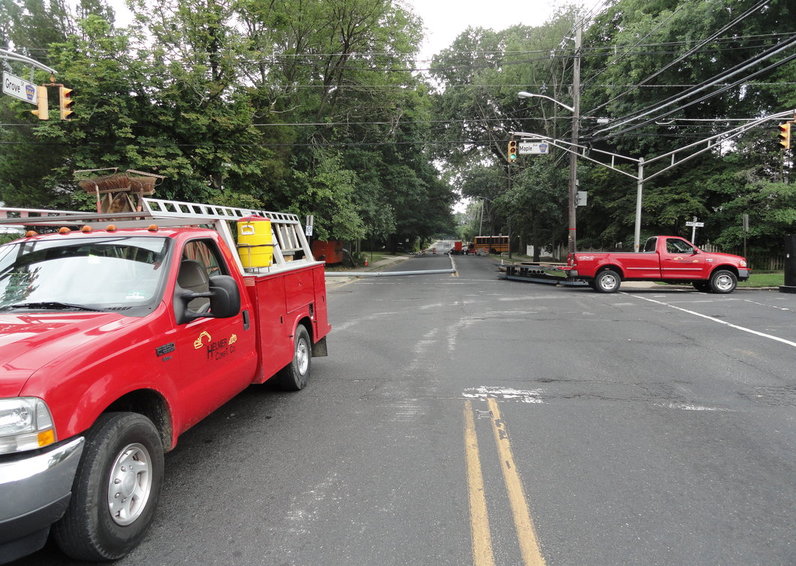 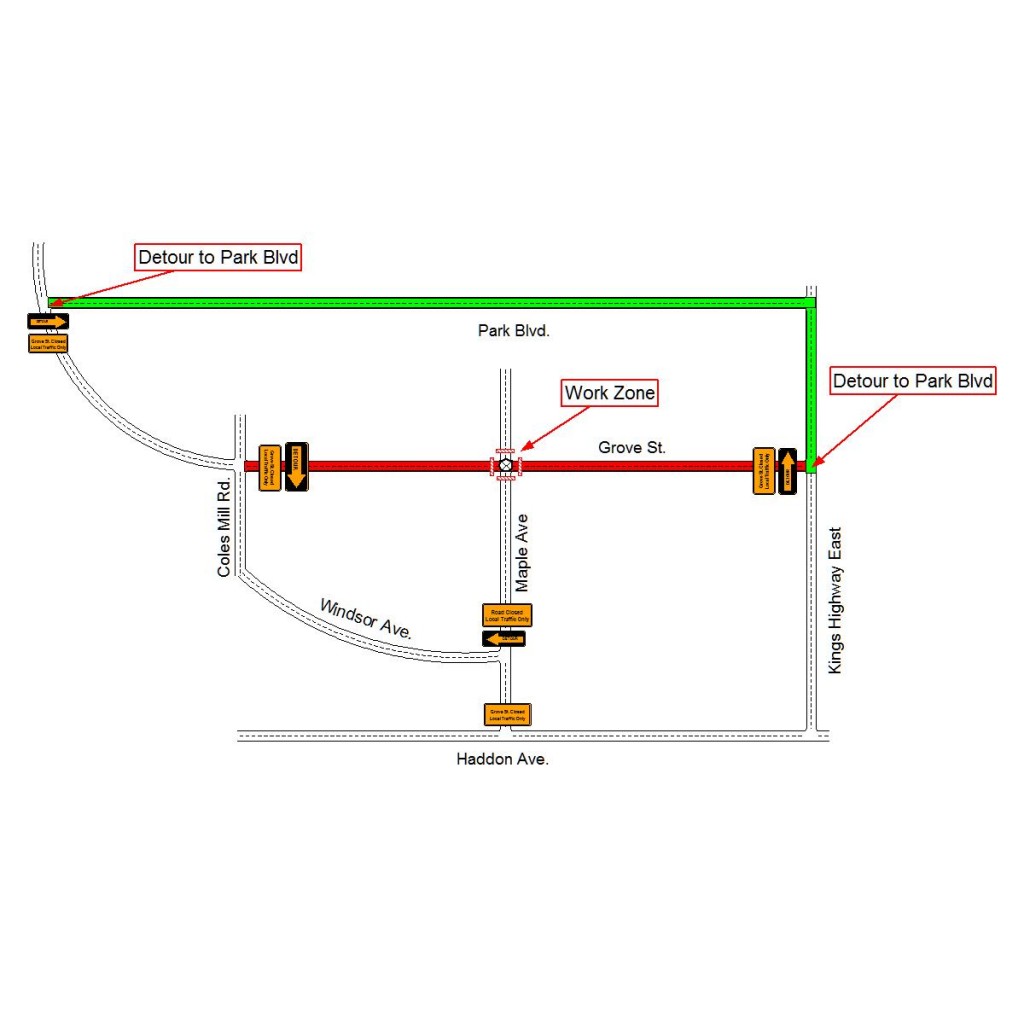