Trending
You are at:Home»Government»Collingswood»Haddon Ave. Roadwork Resolves in Time for Collingswood Cash Sale

As the major artery reopens to two-way traffic, the borough will host a tailgate party for purchasers of its town-wide gift certificate. 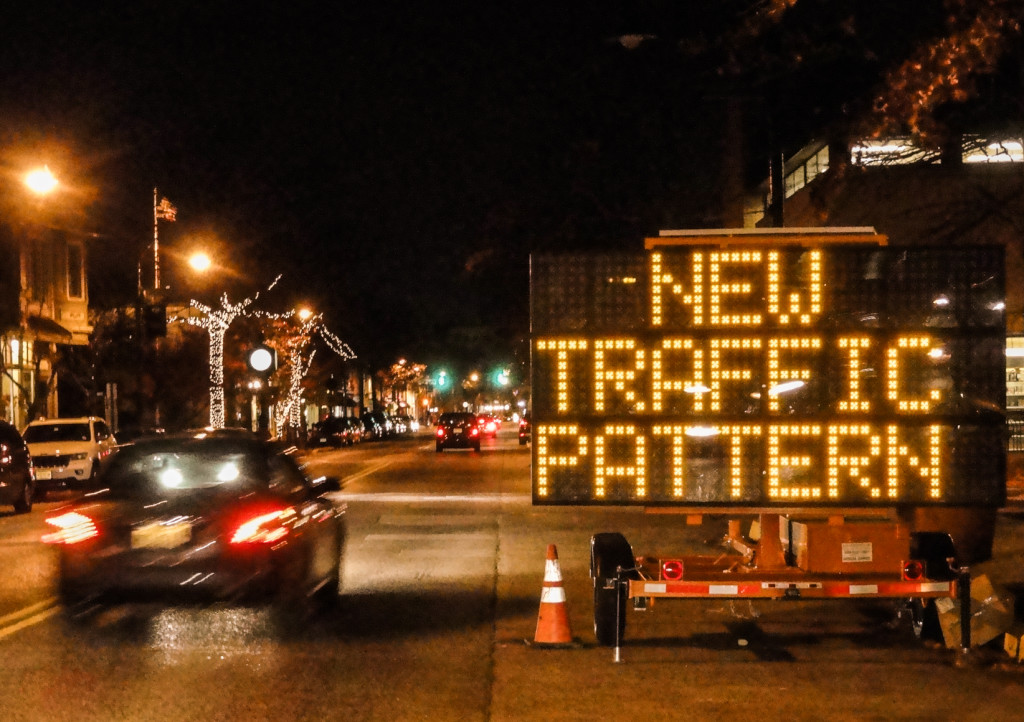 As nearly two months of roadway construction along Haddon Avenue came to a close mid-week, the overwhelming attitude from Collingswood Mayor James Maley was one of relief.

“It’s never good to have a construction job get done, but we think the benefits will be with us for a long time.”

The street was re-opened to two-way traffic on Tuesday night for the first time since mid-September, and although the majority of the work is complete, there’s still a bit more to come.

Maley said that motorists can expect an occasional lane closure while that happens, but that the upcoming Collingswood holiday parade will be unaffected. 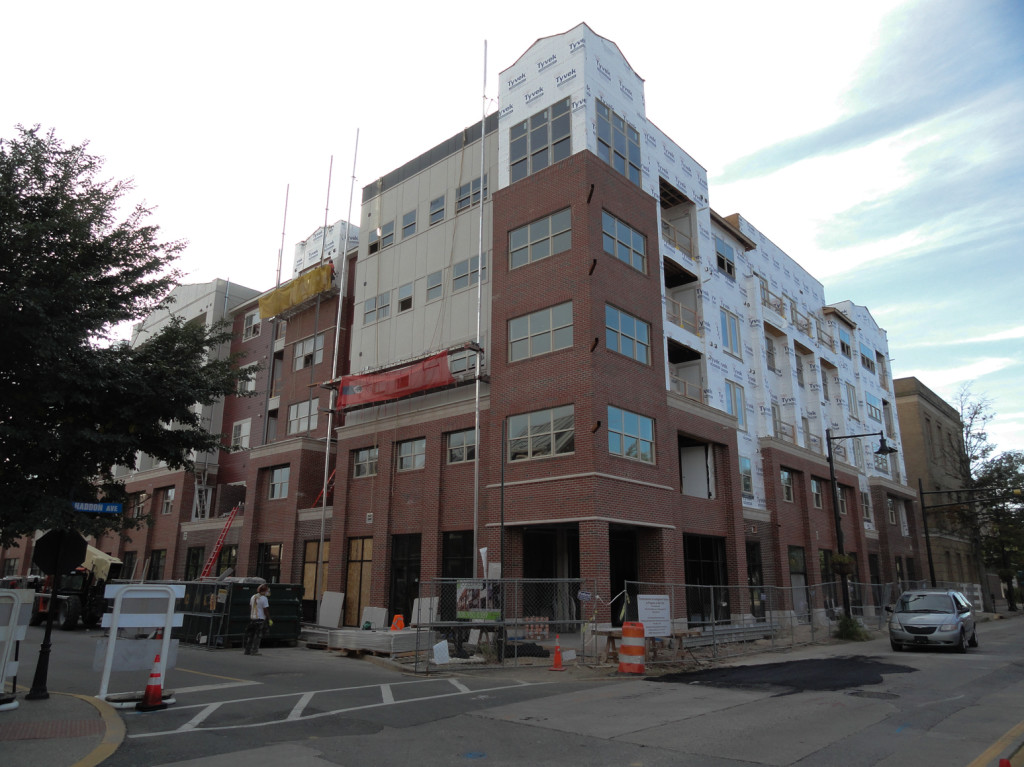 “There will be bollards up by the parade, striping of the street this week, signage that comes up still,” the mayor said.

The biggest remaining delivery is the fountain that will occupy the median strip at the middle of the crosswalk, which Maley expects “should be [arriving]over the next week or two,” although he said “there’s still a chance” it will arrive before Saturday’s Collingswood Cash giveaway.

Completion of the roadwork also marks the conclusion of construction at the five-story Collings at the Lumberyard apartment building. 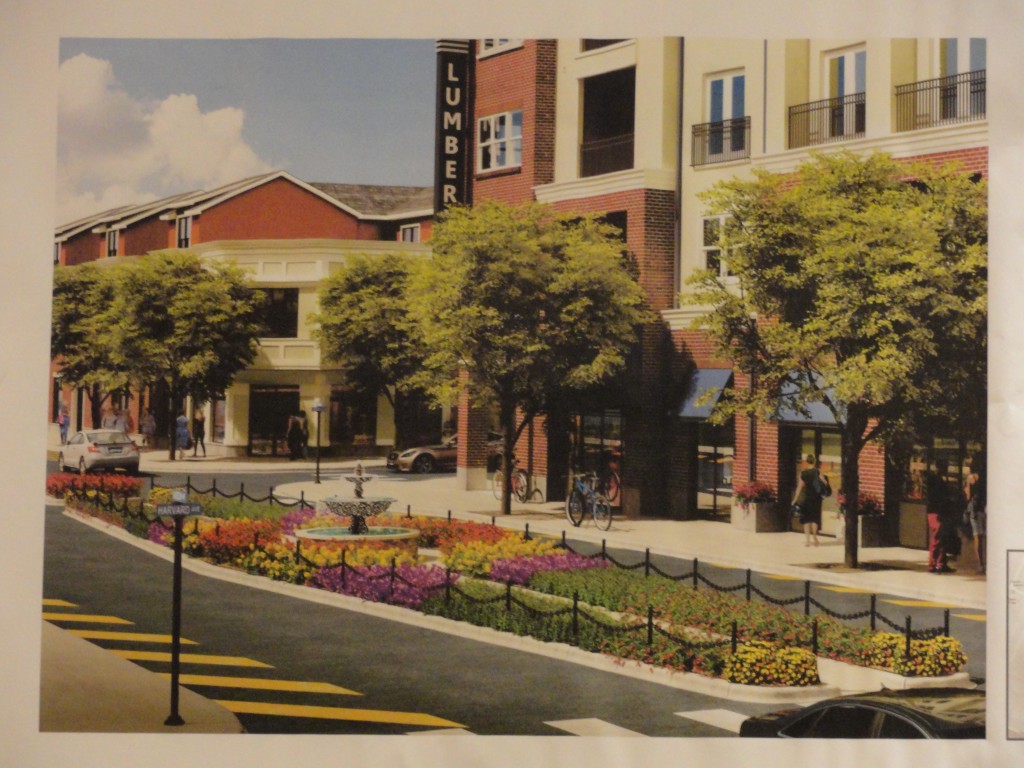 Artist’s rendering of the median/fountain project at the LumberYard in Collingswood. Credit: Borough of Collingswood.

Maley said he met the first of the new residents of the apartment last weekend, and that more will follow as the interior fit-out is completed, story by story.

“I think this week they have eight units moving in and they’ve rented over 50 of the 70,” he said.

The Cherry Hill-based Ingerman Group, builder of the Collings at the Lumberyard, will relocate to the ground floor of the property by the end of December, said Development Principal Lara Schwager.

Schwager said that Ingerman is in talks with “two or three” prospective tenants for the lone. first-floor retail space in the building. The company hopes to have  a deal in place in the next 60 days.

With the capstone to a project more than a decade in the making just on the horizon, Maley said his “overriding feeling” is one of gratitude to the community and residents that have survived its ups and downs.

“As the recession hit, people really hung in with us,” the mayor said. “We were able to get it done, and if you look around, there’s a lot of people who haven’t [completed similar projects].”

The roadway re-opens in time for the borough to host its annual Collingswood Cash sale, a once-a-year promotion funded by money collected from operators in its downtown business improvement district (BID).

Now in its seventh year, the promotion will redirect some $45,000 in BID funds to shoppers who purchase the town-wide gift certificates. For every $50 in Collingswood Cash purchased, buyers receive an additional $20 during the sale, up to a maximum purchase of $400 and $160 in bonus cash.

“Obviously, it’s one of the best promotions we’ve ever done,” said Cassandra Duffey, Collingswood’s director of community development. “We take BID funds that we could put into promotions and advertising and instead put it in the hands of shoppers.”

This year, the borough will supplement the early lines at its government building with a Camden County-sponsored tailgate party.

From 6:30 a.m. until the 9 a.m. sale launches, shoppers will be serenaded by SoJo 104.9, entertained by in-line games from educational retailer ExtraordinaryED, and sampling hot drinks from Grooveground coffee bar.

“There are a lot of people who come out so early, and it’s really a jovial atmosphere, even without any pre-planned parties,” Duffey said. “We just wanted to build on that.

Although the lineup will make for a “stationary” party, Duffey promised “giveaways every 15 minutes or so,” including Collingswood Cash, promotional merchandise, coolers, and other tailgating gear.

“I’ve been wanting to make it a big party because I stand out there in the line, and it’s awesome,” Maley said.