Trending
You are at:Home»Government»Haddon Heights Business Groups at Center of Cyber-Squatting Complaint

A rift between a pair of professional groups is the likeliest cause of an online purchase that got Haddon Heights council member Rick DiRenzo referred to an ethics board. 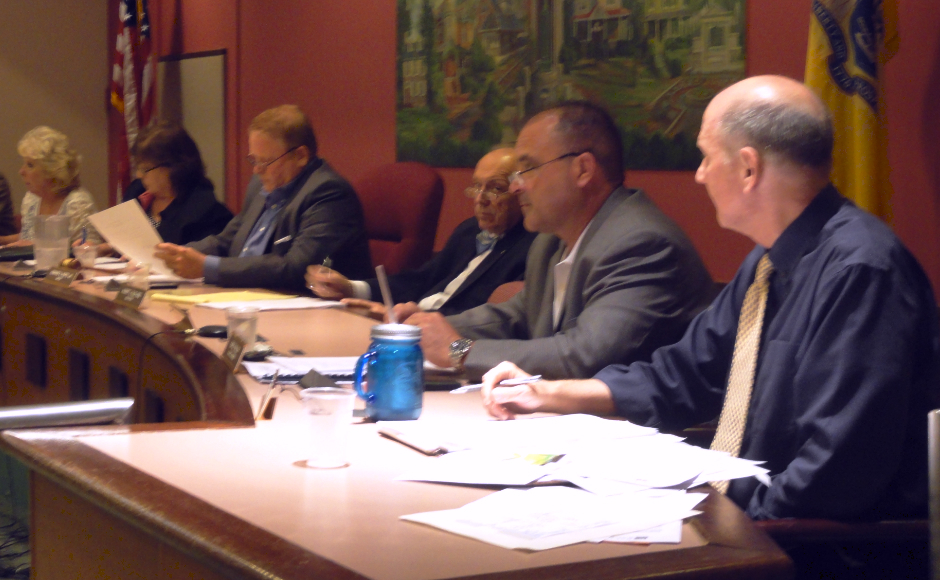 None of the principal figures in the story are quite sure what led Haddon Heights Council Member Rick DiRenzo to buy up a bunch of domain names related to a fledgling business association in his hometown.

And after his fellow council members passed an ordinance referring his purchases to the New Jersey Department of Community Affairs Local Finance Board for an official ethics review, DiRenzo himself declined to go into the specifics of his decision, pending the results of the investigation.

But by the best guesses of Brett Harrison of the nonprofit Haddon Heights Business and Professional Association (BPA) and Joseph Gentile, who founded the parallel 501c4 group, Haddon Heights in Progress (HIP), Gentile’s separation from BPA is the likeliest bone of contention among all parties.

For insurance and tax purposes, BPA had been the umbrella organization for the Haddon Heights Farmers Market, which Gentile coordinates. When Gentile announced his plans to break off from BPA to form HIP—taking the market with him—BPA general membership was nearly unanimous in its support of the move.

As detailed in the minutes of that meeting:

Much vocal & animated discussion pursued which is too lengthy & varied in detail. Acrimony & accusations prevailed. However; Vice-President Margaret Westfield, finally made a motion to allow the Farmer’s Market to be led under the management of the new “H.I.P.” organization led by Joe Gentile. Motion was seconded approved by all attendees except for one.

Despite the vote, Harrison felt like “the rug was pulled out from under our feet,” and that Gentile, who remains a member of BPA, undermined the cohesion of the group with his actions.

“I do feel it is a conflict of what we’ve been doing,” Harrison said. “I hope that we can all come back together, but I don’t know. It’s my duty to make sure things [at BPA]keep going.”

But before the vote, DiRenzo had apparently already purchased 13 domain names related to HIP.

“I’m confused why an elected official would go after a domain name he has nothing to do with when he found out that was what we were calling our business,” Gentile said.

Gentile further alleged that DiRenzo has rebuffed attempts to turn over the domain names, and that when HIP webmaster John Franke spoke at a BPA meeting about building a HIP website, DiRenzo replied, “How’s that coming along?” 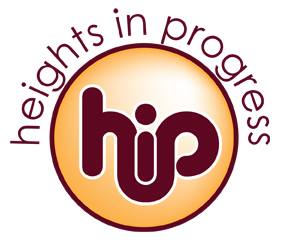 “Why [DiRenzo] has a problem with that, I don’t know,” Gentile said.

“I made it very clear that I wanted to stand side by side with those guys,” he said. “The reason that I broke away is because I didn’t agree with the direction that they were going at the time.”

Gentile said that he also cooperated with a financial audit of the farmers market—a side-effect of the separation from the BPA, he believes—and expects that BPA and HIP can continue to operate independently without harming one another.

“I just want to be done with it,” Gentile said. “We no longer want the domain names. If [DiRenzo] wants to give them to us, we’ll use them, but they’re not imperative.”

As a member of the Haddon Heights Republican Club, Harrison has supported local Republican candidates, including DiRenzo. He said it’s not inconceivable that the council member may have felt moved to purchase the HIP-related domain names out of a sense of obligation to his political supporters, even as DiRenzo has moved to re-brand himself an independent.

“That’s very possible,” Harrison said. “I know Rick, I know his wife, and I know his children. I have no problem whatsoever with Rick DiRenzo.” 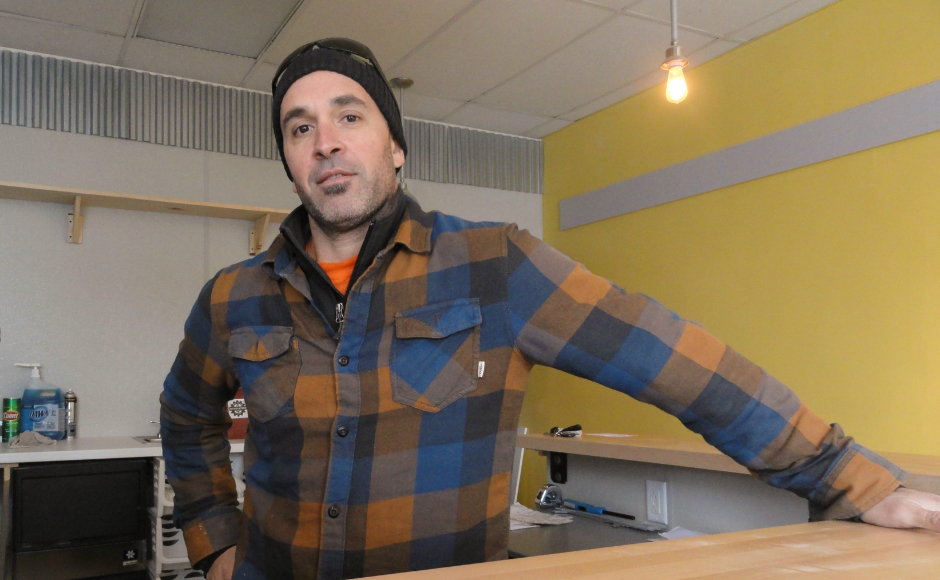 ‘I question his judgment’

But as the Haddon Heights Council liaison to the downtown business district, DiRenzo’s purchase—and subsequent failure to account for it to the satisfaction of his peers when questioned at local government meetings—was enough for his fellow council members to ask the DCA to investigate.

Council member Stephen Berryhill, who said he’d been working behind the scenes to try to broker a dialogue between DiRenzo and Gentile, said that referring the matter for review is “good government.”

“As far as I’m concerned personally, everybody needs to get together to work things out,” he said. “I wish some of these groups that have disputes would get together.”

Berryhill said that he’d suggested to DiRenzo that “he might want to give these [domain names]to Mr. Gentile as a gift, and defuse this whole thing.” Berryhill also said, however, that DiRenzo did not respond to his suggestions.

“I don’t have any personal issues with [DiRenzo],” Berryhill said. “I like Rick. I am concerned because if I do something that looks inappropriate, it reflects on us in council.

“I don’t know that he did anything wrong, but it’s concerning,” Berryhill said. “I’m not sure why he did this. I question his judgment.”

“Everything you do as an elected official is reflective,” Miller said. “You can’t preach transparency in fiduciary matters and then not be transparent and buy URL names. It’s a conflict.”

By passing the matter off to a third party, Miller said that the council and its constituents would be guaranteed the benefit of “a thorough investigation” and a decision by which the local government can abide.

“Everybody’s unhappy with his actions and lack of explanations, and nobody knows what he’s doing,” Miller said. “We always want to put the town first, and that’s what we want to do [here].”

Council President Kathy Lange said that despite the confusion, her working relationship with DiRenzo has not changed. She stressed a need to let the investigation “play out” to the satisfaction of the ethics board.

“I don’t know any of Rick’s motivation because it’s personal,” Lange said. “What we’re looking at is a resolution to maybe keep everybody happy. Now we have a neutral party that’s going to sort it out.”

Lange said that her interactions with both HIP and BPA have been positive.

“When I planned my two events, Down by the Station Day, and the basketball tournament, I worked with both groups,” she said. “Nobody said a discouraging word. My goal is to keep everybody in contact with me. I make the effort. A thriving business district benefits everybody.” 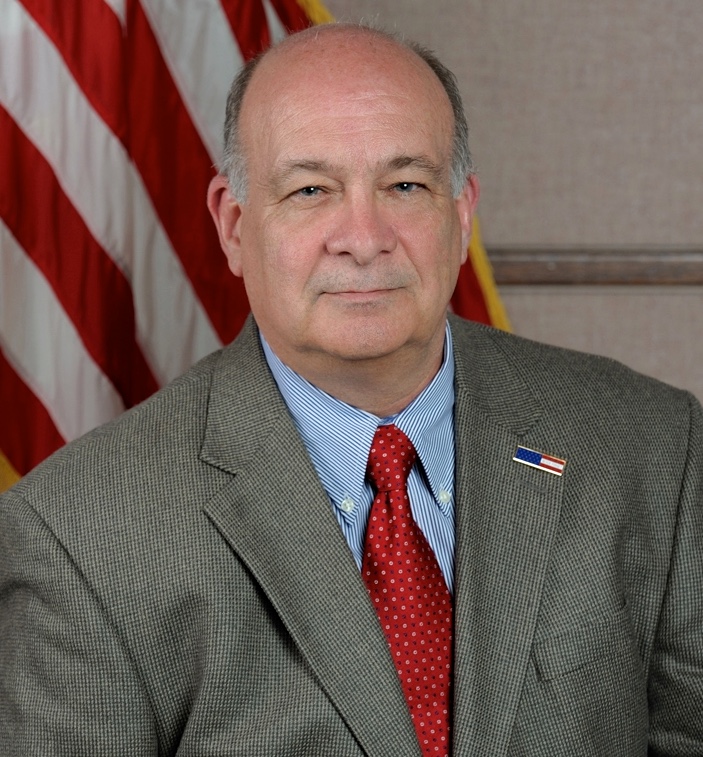 DiRenzo maintains that he is a victim of “political retaliation,” and that his actions were undertaken as a private citizen, not an elected official. He does not deny having bought the domain names in question.

When asked for his take on the ethics investigation, the former Camden City police officer harkened to his time on the force, saying, “On the street, they loved you one day and hated you the next.”

DiRenzo also pointed out that the same ordinance that referred him for ethical review also removed him as the liaison to the BPA “before I’ve been found guilty of anything.

“Show proof that I’ve been hostile to any business organization in town,” he said. “I try to be fair to anybody.”

The process also underscored DiRenzo’s desire to sever formally his relationship with the local Republican Club, he said.

“I can’t be part of a group that if you don’t sit on a log and croak ‘yes’ anymore that they attack you personally,” DiRenzo said. “It appears to me that they’re bringing personalities into it rather than working professionally.”

The council member said that he’s “expecting good results” from the investigation and expressed his hope that the process will not unnecessarily incur costs for the borough. He also reinforced his position that the investigation will not prevent him from continuing to fulfill the duties of his office.

“I was elected by the people of Haddon Heights,” DiRenzo said. “I’m going to make the decisions going forward that I feel are correct.