After multiple missed pick-ups and thousands of dollars in penalties, borough governments are considering all options, from back-up providers to self-hauling programs. 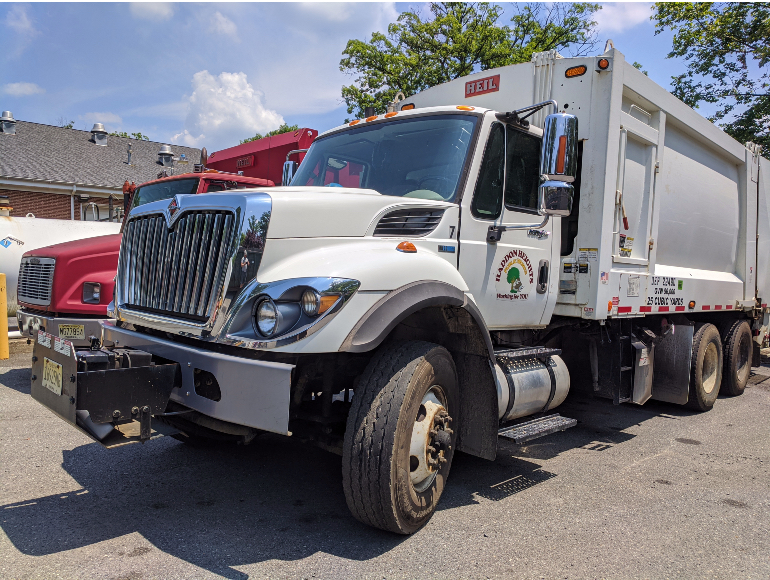 Since the 1980s, Haddon Heights has outsourced its garbage and recycling hauling to third-party service providers with little incident.

That all changed this spring, when, along with various other Camden County municipalities from Collingswood to Pennsauken, Heights’ waste collection was delayed by days amid a stifling summer heat wave.

The common denominator in each case: all have contracted with Seaside Waste Services (formerly South Jersey Sanitation) of Hammonton for their hauling services, and their local governments largely have failed to bring the vendor into compliance with the terms of their contracts.

Seaside has blamed the problem on an industry-wide labor shortage among waste service providers, which the Solid Waste Association of North America said has been aggravated by the novel coronavirus (COVID-19) pandemic.

Locally, those concerns have been compounded by competition in the form of attractive bonuses for seasonal work in the shore communities from which Seaside traditionally sources its labor base.

In May, Seaside CEO Jim Sage told NJ Pen that his company was operating at half its necessary complement of staffers; since then, however, Sage has said Seaside is fully staffed. But that hasn’t necessarily translated into a return to normalcy across its service region.

In response to missed pickups on June 7, 11, 25, and 28, Haddon Heights assessed $7,500 in penalties to Seaside, including $2,750 to cover the cost of contracting with neighboring Audubon to pick up the slack on an emergency basis.

Additional assessments could be levied again this month, after Haddon Heights’ July 2 recycling pickup was delayed until July 3, and July 9 recycling and July 12 trash both went uncollected. It took a call to the Haddonfield Public Works Department to clear that backlog on a Saturday (July 17), the costs of which will be passed along to Seaside.

“Frankly, in light of the material breach by Seaside, the borough has lost all hope that it can ably perform its contractual obligations,” Haddon Heights Solicitor Howard Long wrote in a July 15 letter to Hudson Insurance Group, which holds a performance bond for the waste hauler.

As a result, the borough plans to deposit its $37,000 monthly fee for waste services into escrow going forward, releasing prorated amounts “only upon satisfactory and timely trash and recycling pick-up on a week-to-week basis,” Long wrote.

Haddon Heights is currently amid a $1.349-million, three-year contract, with Seaside Waste Services, $449,820 of which is payable in 2021. It’s the largest single vendor line item in the borough municipal budget.

At its Tuesday meeting, the Haddon Heights Council discussed the development of what Mayor Zach Houck called “a permanent Plan B” for addressing the ongoing waste removal concerns. 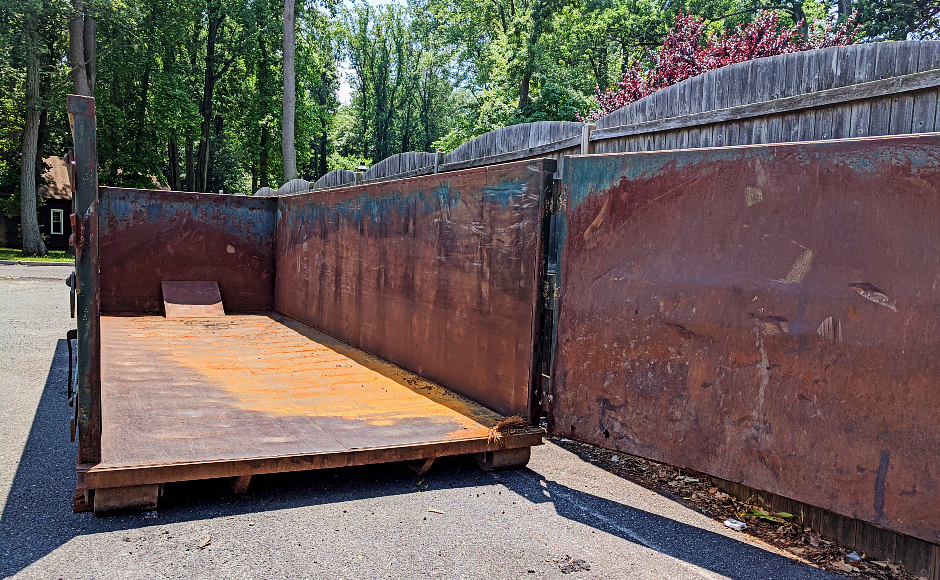 “To the extent that they do not perform, we will promptly make arrangements in advance with other municipalities to come in and do the entire job,” Long said.

“Any costs incurred from that will be offset by the monthly funds due to Seaside,” he said.

“There cannot be one more day in the length of the contract” in which Haddon Heights residents “are forced to experience what they’ve experienced both in May and July,” Long said.

In addition to the escrow withholding and back-channel municipal alliances, Long said Haddon Heights has “improved and demanded better communication” from its vendor. Going forward, Public Works Superintendent Dave Taraschi will be notified by 8 a.m. on pick-up days if Seaside cannot complete its scheduled route.

“We will then, based upon that information, make a decision to get a backup,” Long said.

The solicitor acknowledged that some of the service interruptions were attributable to understandable concerns, including mechanical breakdowns or worker illnesses, while likewise noting, “things do happen, but they shouldn’t happen consistently.”

Meanwhile the borough government continues to workshop a framework for potentially creating its own, in-house waste hauling service. Eighteen Camden County communities presently self-haul their trash and recycling, but Haddon Heights hasn’t yet crunched the numbers to see if it will be joining them.

“We are trying to lock in a permanent plan so we’re not shopping a la carte,” Houck said. “The prudent thing would be to have a permanent Plan B in place.”

The mayor expressed his frustrations with the lack of communication from the vendor amid “the extraordinary experiences of the past week or so.

Long said that Seaside “provided us a lot of reasons why they’ve had difficulty performing, predominantly staffing,” amid anticipation “that the [labor] market will be turning promptly in September.

“That does not help us for the next forty days,” he said.

“In my day job, I never accept hope as an effective strategy,” the mayor said. “It would not be prudent for council to bank and hang all of our hats on hope.” 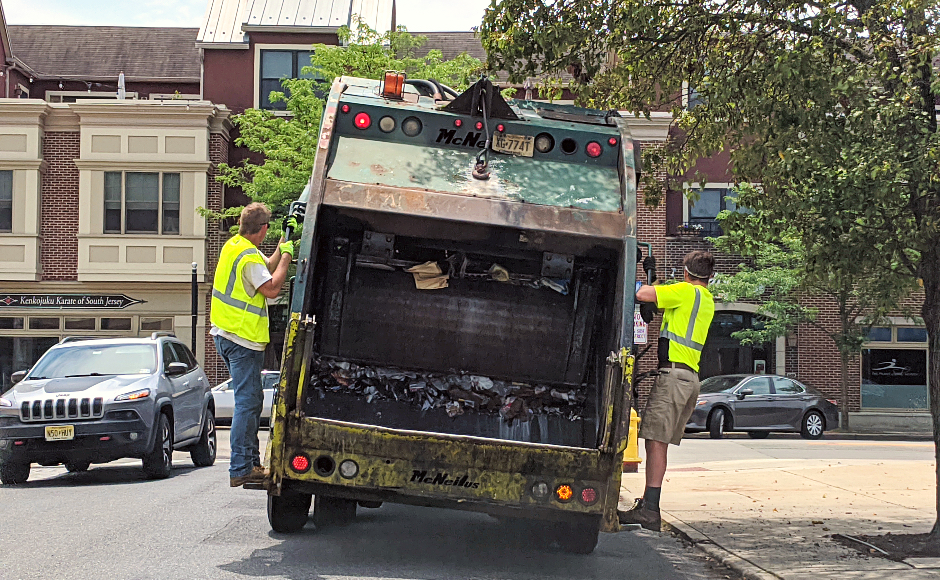 ‘It’s certainly not sustainable with us’

Nearby Collingswood, which had also contracted with Seaside for its waste and recycling hauling, has reached “a dead end” in negotiations with the company, Mayor Jim Maley said at the July meeting of the borough government.

Collingswood’s contract with Seaside expired June 30, and although the borough had anticipated re-signing a month-to-month deal with the vendor while it studied its options, the two sides couldn’t come to terms.

“They wanted us to waive all claims from the past; we were not willing to do that,” Maley said. “We have not been successful in finding a third-party hauler, and we’re continuing to flesh out more permanent plans to pick up trash.

“The industry is going through pandemic spasms,” he said. “The only way we can rely on it is to do it ourselves.”

Collingswood Borough Administrator Cass Duffey said that if a deal can’t be brokered with a third-party vendor, “we’re prepared to bring it in-house.

“We’re giving ourselves every option,” Duffey said. “Trash is the toughest to self-haul. There are more injuries; it’s toughest on your [public works] crew.”

After having put together a trash crew in a 36-hour period over Fourth of July weekend, Collingswood since has authorized a self-haul shared services agreement with the Camden County government as well as a bid to procure a trash truck in the event that its ad hoc in-house arrangement becomes more permanent.

“We might do a hybrid approach through the six months,” Duffey said. “If we bring it in-house, we’ve got to get a truck. There’s a lot of different balls in the air.

“The good thing is we’ve had a nice practice 30 days where we’ve gotten to figure out what picking up the trash is like,” she said. “We can’t lean on people for these short-term agreements.”

In the meantime, and to lessen the burden on its staffers, Collingswood has switched its grass and yard waste collection to pick-ups on the first and third weeks of every month.

Both Haddon Heights and Collingswood have also opened up collection sites for residents who want to self-haul their own waste in the event of service delays.