Karen Wislocky found the roots of a homesteading movement at the bottom of a Rubbermaid bin. She’s hoping to help others discover the same rewards and establish a network to battle food insecurity. 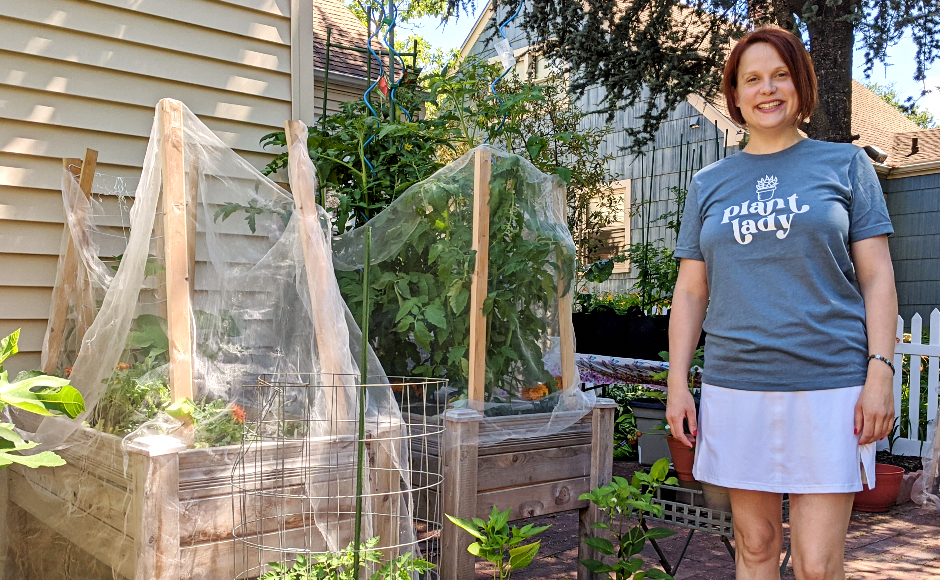 Karen Wislocky at home in her garden in Haddon Heights. Credit: Matt Skoufalos.

Despite growing up in Cherry Hill, it took moving to southern Wisconsin for the virtues of the Garden State to reveal themselves to Karen Wislocky.

Stepping off the plane into a grey, midwestern March, surrounded by sprawling, dormant farmland, she suddenly felt a Jersey girl’s impulse to dot the landscape with tomatoes.

“I joined a CSA there; I became big into eating local,” Wislocky said.

“I learned a lot about organic produce, and wanted to learn more about the ingredients of what I’m eating.”

Wislocky dove into agriculture with the same academic curiosity with which she had built a career as a counselor, educator, and world traveler. Along the way, she befriended multi-generational dairy farmers, spent working days on farms, and opened her eyes to the labor required to put food on a table.

“That woke me up,” Wislocky said. “I just started to care about all of those things.”

But it was “The Tree of Liberty,” a comic strip from artist CJ Bell, that introduced her to the idea that “gardening is a revolutionary act”; that growing her own food was an act of self-determination. Soon, the perspective that she might be connected to something bigger in doing so took root.

“I had never looked at it like that before,” Wislocky said. “We have these resources in the food we’re buying in the grocery store, and we can take something from that and create something larger. I looked into it and thought, ‘Why aren’t I doing this?’”

Gardening also became a way for Wislocky to regain control of her life after it was upended by a sexual assault.

Returning to New Jersey to regroup with family in 2019, she moved back about six months before the onset of the novel coronavirus (COVID-19) pandemic. Her newfound hobby offered respite from the depression and anxiety that had set in while she was confronting her trauma.

“With a lot of therapy, I was able to put myself out there more,” Wislocky said. “I’m finally starting to feel safe in my world, and I want to connect with people in a healthy way.

“Gardening was this meditative way of connecting to another living thing that I didn’t have to have a verbal conversation with,” she said. “I never thought there was any way to invite anyone into that space.”

Even while she was rebuilding her own life, Wislocky couldn’t turn away from the issues of food insecurity that emerged during the pandemic. Inspired by the homemade food pantries and community resource networks that had cropped up in response to the need around her, Wislocky’s focus turned from thoughts of selling off her seedlings to a strong desire to give them away. 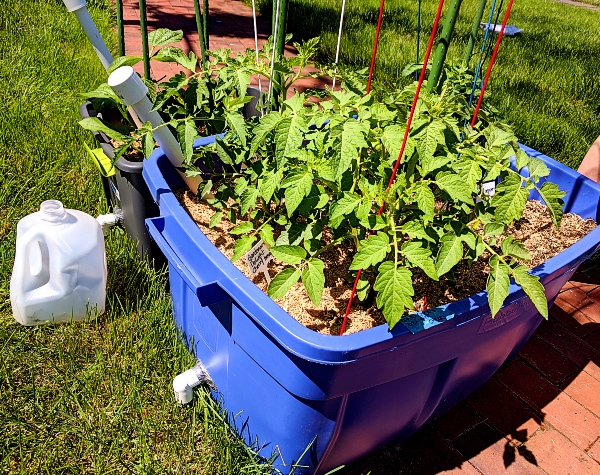 “We live in a country where abundance isn’t uncommon, but poverty isn’t either,” she said.

“If I can do something, no matter how small, to help someone put food on the table for themselves, even if it’s just some dill for a dish, why not do that?”

She set up a giving table in front of her home in Haddon Heights.

She fashioned two Rubbermaid bins into wicking garden beds, and scored a Styrofoam cooler from a local upcycling group.

Neighbor Danielle DeMooy of Beeso Studio created a sign for her, and Wislocky built a Facebook page to advertise her “very experimental” program. The next thing to grow is its membership.

“I’m really hoping it takes off,” Wislocky said. “It’s brought me close to so many, open-hearted, free, beautiful people who want to give of themselves and of their own knowledge.

“They want to share of their heart, of their bounty, of everything,” she said. “If you find yourself with an overabundance, let’s not let it go to waste.” 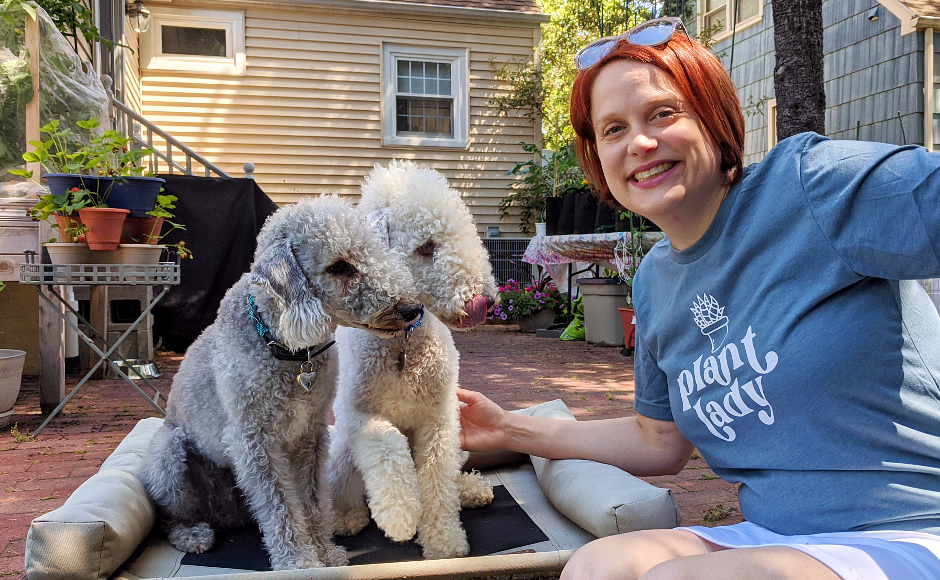 So far, the Camden County chapter of Food is Free has yielded four cups of herbs and six bags of lettuce, but Wislocky believes that, with enough momentum, a network of giving tables could soon dot neighborhood sidewalks, just as Little Free Libraries have done.

She’s making herself available to help others pick up the same techniques and approach that helped her embrace the movement.

“I want to be a resource for people who need food, or who want to do this,” Wislocky said.

“I’m not an expert but I will help you,” she said. “I always learned so much from my mom, but Mother Nature is really another mom who teaches us so much.”