Trending
You are at:Home»Government»Haddon Heights Introduces ‘Flat-Tax’ Budget with a Trade-Off

Councilman Earl R. Miller, Jr. is championing a plan to put off capital projects in 2015 until local leadership can more sustainably finance such improvements. 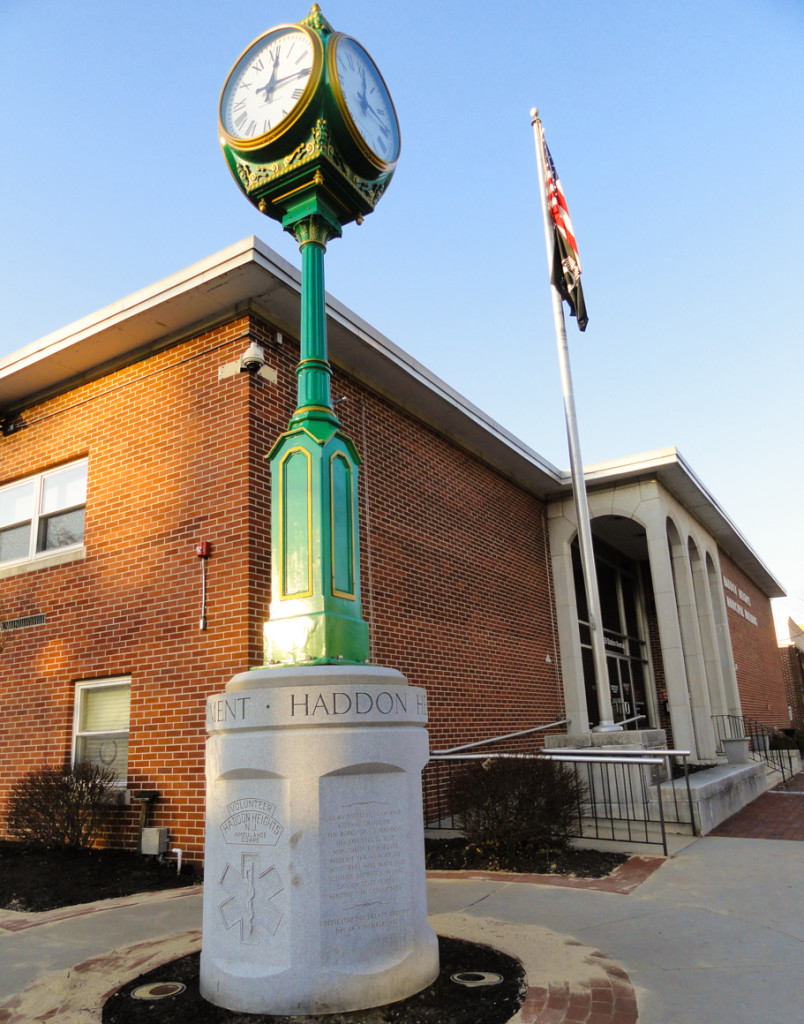 Taxpayers in Haddon Heights are set to enjoy a year without rate increases, according to the 2015 budget introduced by the borough government.

The proposed trade-off, however, would be a year without local investment in capital projects like roadways, sewer and stormwater facilities, emergency and public works vehicles, and other municipal infrastructure, as elected officials work to control the costs of existing debts and employee benefits.

“We’re going for a zero tax increase on the budget as a whole for 2015,” said Haddon Heights Mayor Edward Forte.

Although the total dollar value of ratable properties in Haddon Heights has increased $2.187 million from year-ago levels, the tax rate won’t increase much beyond the 6.8 cents per $100 of assessed value it held in 2014.

The biggest pressure on borough finances, Forte said, is the cost of benefits payable to employees both past and present. In the 2015 budget, insurance costs are headed up by $58,000, and pension payments will increase another $44,124 over 2014 levels.

“We have more retirees on our plan than we do active employees,” Forte said. “That’s a big nut, covering people who have worked for the borough for 25 years and have retired.

“Whatever we saved in reducing the numbers offset that.”

Another consideration for the local government is its debt.

Those figures are only set to increase in 2016 and beyond, when they will exceed $700,000 annually, said Councilman Earl R. Miller, Jr., the architect of the proposed budget.

Although expenses are down, Miller, Jr. said, “right now I’m not happy with the structure and the utilization of [our]debt.

“As we stand right now, I’m proposing that we do not do capital improvements until we rein in our debt,” he said.

Miller, Jr. said he wants the borough to “stair-step” its existing debt obligation and avoid raising taxes to pay it off.

“We need to break from the status quo,” he said.

Miller, Jr. believes that a freeze on capital projects “for this year only” would give Haddon Heights the time to take stock of its financial situation and explore bond refinancing options.

He believes the borough has sufficient surplus cash for emergency repairs, and that by setting aside $47,500 as a baseline figure for capital projects in the 2015 budget, Haddon Heights can still reserve the down payment for a bond on $2.055 million worth of projects outlined for the next three years.

“We can bond in an emergent situation,” Miller, Jr. said. “Why do that if we don’t have to just yet? I truly believe we have a small window of time [to forego these projects].

“I would hope people understand it,” he said. 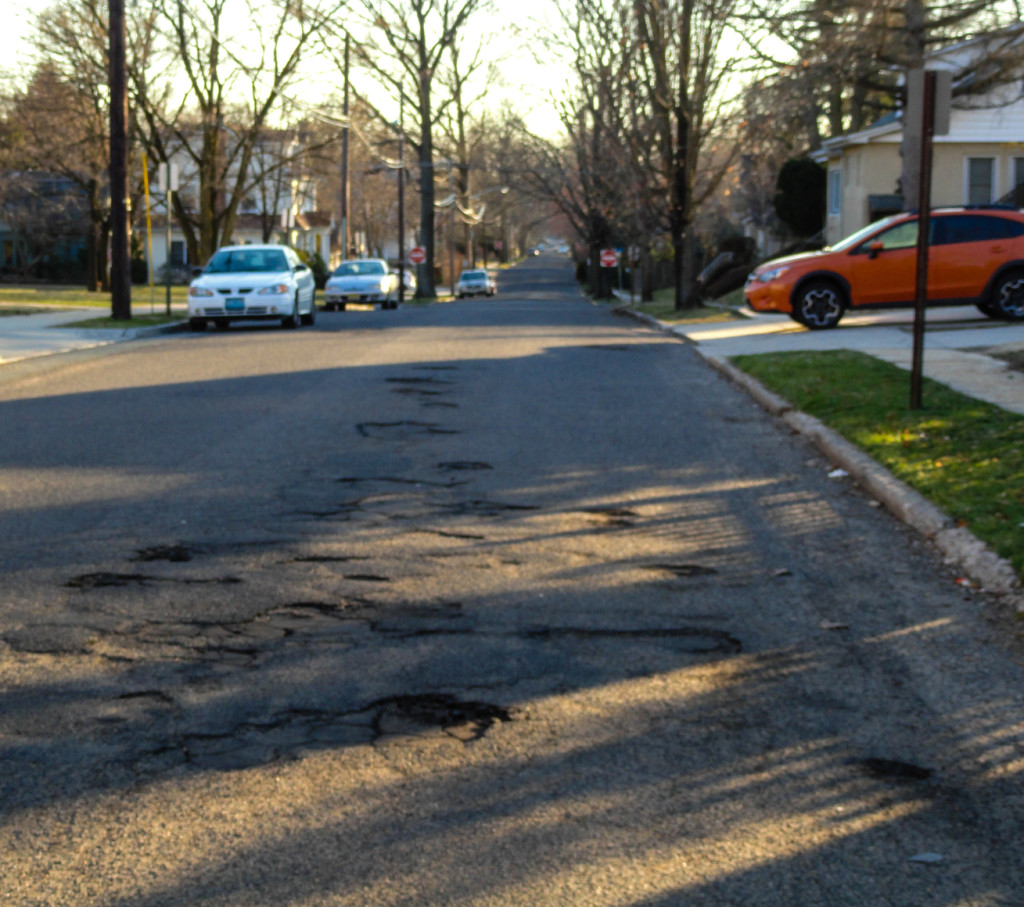 Whether the council agrees with Miller, Jr.’s plan, the needs of the borough cut across a spectrum of service issues. Forte offered a brief assessment of each of the proposed capital projects.

Road repaving ($450,000): “Some of our side streets around school areas really need reconstruction work,” Forte said.

“Our town is old; mill[ing]and pav[ing]is just a band-aid. There’s curb work that needs to be done; new aprons.”

Forte singled out Green Street between 3rd and 4th Avenues as needing special attention, where the confluence of stormwater causes persistent issues, as well as “four or five blocks” of West High Street.

Haddon Heights has been able to eliminate one of its antiquated pumping stations in 2014 and connect directly with the Camden County Municipal Authority, Forte said, which offers a long-term savings in terms of utility and treatment costs. But the borough has three other such stations “that all date back to the 1920’s,” the mayor said, and when one failed last year “the thing was so old that you couldn’t buy parts for it.”

“Right now we have a portable generator that we take from pump station to pump station” in emergencies, Forte said; a process he described as “very labor-intensive.” 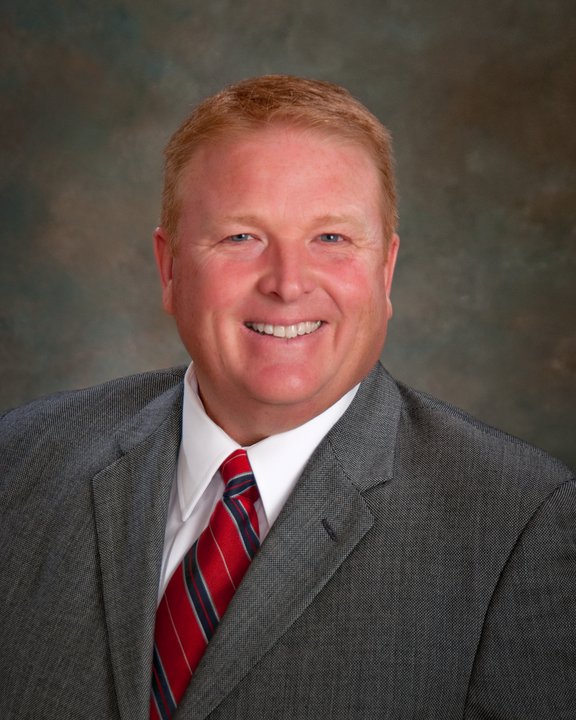 Likewise, the borough fire department is positioned to retire one of its Class A pumper trucks that Forte said dates back to the 1980s, and invest instead in a utility service van that could serve as a personnel transport and onsite recovery vehicle.

“Realistically, we have three front-line pieces that we get out to the street,” Forte said.

“If we have a structure fire in Haddon Heights, we could get a truck coming from Haddonfield, Bellmawr, Mt. Ephraim” on a mutual aid call.

Recreational improvements ($150,000): “Our fields are really in need of some expensive restoration,” Forte said. “The past winter has been hard” on irrigation systems, the mayor added, and the athletic facilities are in general need of maintenance.

Public works vehicle ($225,000): “DPW is hurting badly,” Forte said, with 25-year-old vehicles that have been replaced, in part, by other used trucks as a cost savings.

Even replacing a 25-year-old trash truck that doubles as a yard waste hauler with an eight-year-old, used vehicle cost Haddon Heights some $75,000, Forte said. A street sweeper that died last year wasn’t worth the cost of repairs, he added, and the borough is looking for a shared-service partner to do that work next.

“The trucks get a lot of use, and you have to start turning over your fleet at some point,” he said. “One pickup truck with a plow is $35,000. It’s not cheap.

Municipal building improvements ($150,000), Office equipment ($30,000): “We’re in a five-year computer replacement schedule,” Forte said. “You’re lucky that you’re going to get five or six years out of a workstation.

“A lot of departments are trying to catch up where things haven’t been done in the past eight or 10 years,” Forte said. “We have to get ourselves to a certain plateau so we’re not spending an exorbitant amount of money” on infrastructure.

“I know there’s some concerns in even going out to anymore debt for the town,” he said. “It’s a tightrope that you have to walk.

“If we’re frugal with what we do, and we’re able to keep the line with what we spend as a town, we could stay even.” 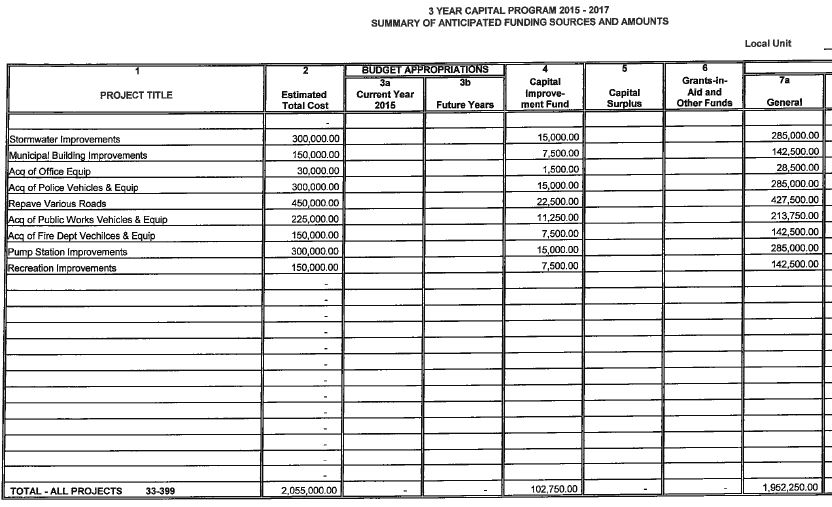 The mayor is likewise optimistic that Haddon Heights will continue to add additional ratables from the new construction of $400,000 homes in the Glover Mill project, which he expects to add 27 new houses in the next half-decade, and improvement projects that drive up home values.

Miller, Jr. hopes that he’ll be able to drive some cost savings by “aggressively seeking alternative solutions” to the state employee benefits package.

If the plan bears fruit, he expects to recover some $7,000 a month in savings, possibly as early as the latter half of 2015.

“I have a competitor that can meet or exceed those benefits at the same cost they were to us last year,” Miller, Jr. said. “That’s $42,000 that I have allocated in this budget that can be spent elsewhere.”

Even if the rest of the council doesn’t sign off on the zero-capital-project-investment budget, Miller, Jr. is receptive to a working compromise with his fellow officials. The potential savings from switching healthcare providers he believes could be reinvested in the sewer system, for example.

“I’m open to anything that makes common sense for the town and the taxpayers,” he said. “I just want to be able to grab hold of the entire process before we make it worse.”

The borough council will hold a public hearing on the 2015 budget April 21.