Trending
You are at:Home»Government»Haddon Heights: to Beer or not to Beer

In New Jersey, alcohol, like most things, is managed by population.

The Division of Alcoholic Beverage Control only allows municipalities to issue one alcohol consumption license (those held by bars and restaurants) per 3,000 residents.

So even if the 7,600-resident community of Haddon Heights relaxes its decades-old ban on the sale of alcohol within borough limits, only two restaurants will earn the privilege. 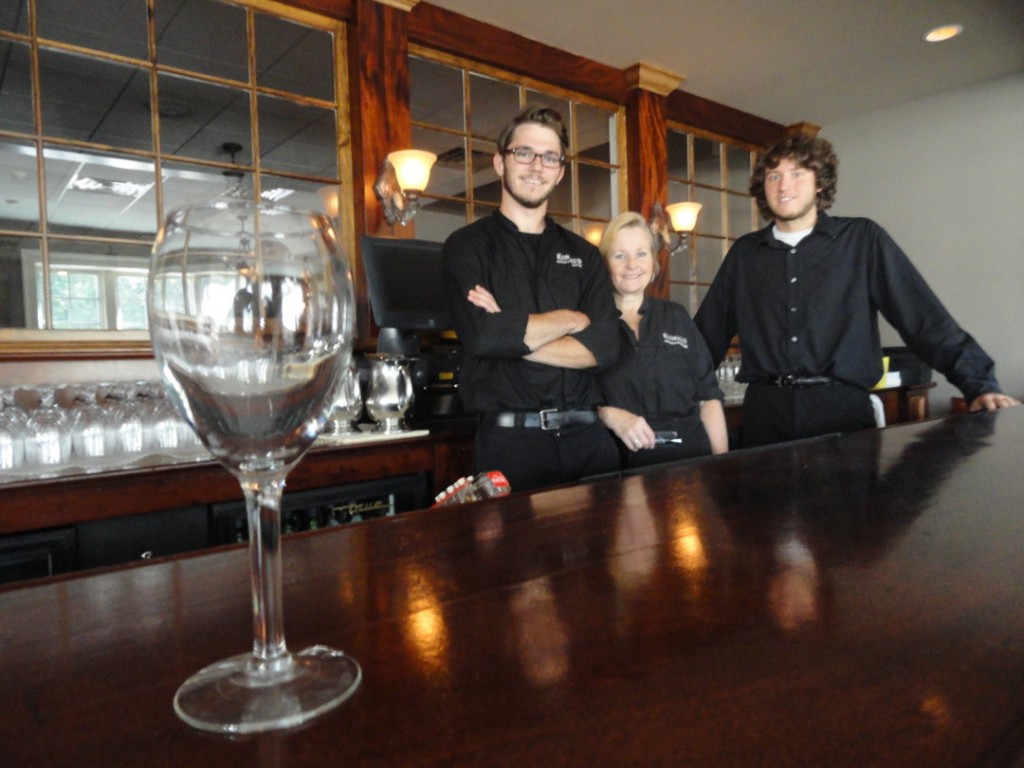 But that’s a conversation that may be weeks and months away.

As an icebreaker, the borough government is hosting a town-wide forum Wednesday for residents to share their thoughts on the historically dry town making a big change to its municipal code.

In advance of that discussion, NJ Pen spoke with local restaurant owners about the impact of alcohol sales on business, the mechanics of such an arrangement, and why they feel their neighbors might be ready to consider the alcohol question.

Fred Kellermann of Elements Café said that the sale of liquor licenses is a way for the borough “to raise money to help pay for things, to help keep everybody’s—including mine—taxes down.”

Liquor licenses represent a potentially “huge profit margin,” Kellermann said, particularly for restaurateurs who are looking for any way to earn money “from something other than our hands on a sautee pan.”

John Kunkel, owner of Kunkel’s Seafood and Steakhouse, said that liquor licensing is an opportunity for restaurateurs to “bring in a different influx of traffic at different hours” as well as recapturing locals who have to leave town to enjoy a cocktail with dinner.

“Why leave that money?” he said.

A good restaurateur can usually make a 25- to 30-percent profit over the cost of his operations, and the highest-yield items are fountain drinks, Kunkel said. Alcohol sales are even more profitable, bringing in as much as a 50 or 75 percent markup.

“If you’re just selling food, it’s a very, very tough market these days,” Kunkel said. “Three weeks after that menu’s out you could be at a loss of 5 percent just because [the price]of that commodity [has changed].”

Kunkel’s, Elements, and Anthony’s Creative Italian Cuisine all have direct sales affiliations with New Jersey wineries, which grant them an exclusive partnership to sell wine tableside. Each restaurant is allowed to partner with one New Jersey winemaker for this purpose.

But the affiliate program “isn’t a benefit materially,” Kunkel said, because “it’s actually one less drink that I sell.”

Neither are restaurants with a direct sales license permitted to mark up the price of the wine, Kellermann said. Its true value, he said, is in retaining B.Y.O.B. customers who would otherwise dine elsewhere.

Likewise, Kellermann said, the restaurants in town are in business because customers trust their chefs, not necessarily because they come there to drink.

“The people of this town have cars,” he said. “If they don’t like the food that John or Anthony or myself have, they’re not going to come just because we can sell them a bottle of beer.” 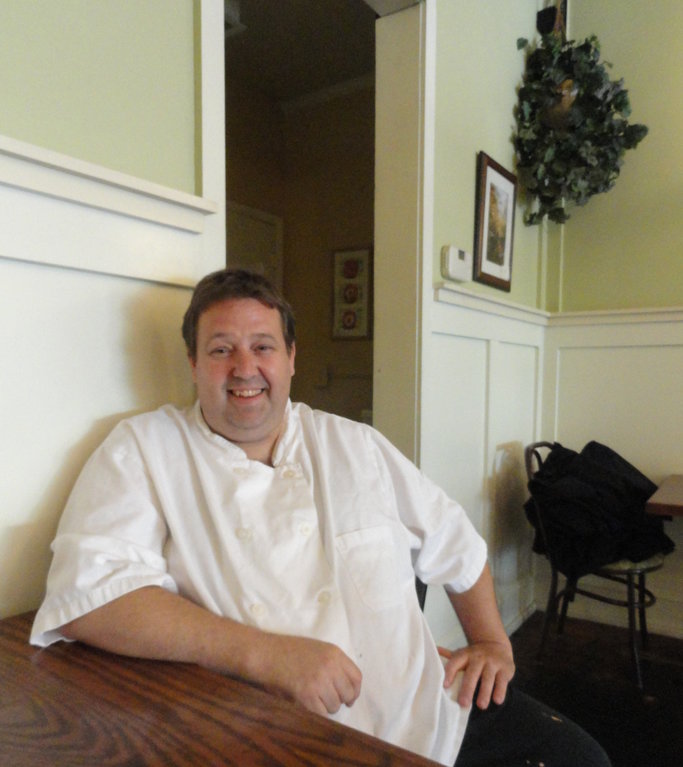 Chef Fred Kellermann of Elements Cafe said he thinks alcohol sales could be good for Haddon Heights, even though his restaurant may not benefit. Credit: Matt Skoufalos.

But despite the tantalizing prospect of added revenue that a liquor license offers, Kellermann said, he’s worried he “could get left out in the cold” during the bidding process.

“There’s essentially three restaurants in the town and somebody’s going to get left out,” he said. As the owner of the smallest of the three kitchens competing for the two potential licenses, he could be it.

But even bidding for the right to serve alcohol is for neither the faint of heart nor the slender of wallet. The two licenses in next-door Audubon went for $50,000 and $100,000, respectively, Kunkel said; some in Cherry Hill have sold for as much as $200,000—and that’s a cash price.

Even once a restaurant owner acquires a liquor license, he said, the clock is ticking on making that money back.

“It only makes sense to pay an amount you’re going to recoup, business-wise, in the next five to 10 years,” Kunkel said. “If you don’t have 80 or 90 seatings in a restaurant, you’re not going to recoup that investment.”

Despite the heavy upfront investment, Kunkel said, a liquor license is potentially profitable in both the short and long terms.

“If you think about a bar or restaurant that serves liquor, they’ve been there a long time,” he said. “B.Y.O.B.’s usually last around 10 years; an establishment that has a liquor license usually goes on a lot longer than that.

Kellermann agreed, comparing the elevated rate of changeover in Collingswood’s Restaurant Row as compared with that of the bar-and-restaurant scene in neighboring Haddon Township.

“Collingswood has done very, very well with their B.Y.O.B.’s,” Kellermann said, “but they’ve had a heck of a lot more changeover in their restaurant scene than Haddon Township has.

In Haddon Heights, the alcohol question has been an ongoing discussion in the community “for quite some time now,” Kellermann said, edging closer to a vote in the last three to five years.

“This is definitely the farthest that it’s gone, that I’ve been aware of,” he said.

But these things can take time.

Nearby Moorestown, NJ, had entertained multiple votes on the same question since the post-Prohibition Era until it was a fourth time lucky in 2011, clearing the way for six liquor licenses to be issued to restaurants situated in the Moorestown Mall.

“[PREIT] did their politicking to be able to get that through,” Kellermann said. “I don’t think it was a matter of wanting Garces and Vetri there; they wanted liquor licenses to keep the money there.”

Kunkel, who’s lived in Haddon Heights since 1975, said that despite the Quaker roots of the town, straw polling of the churchgoing community reveals “they’re not as opposed to it as they used to be.”

“You have some people that have been in town for a long, long time, and they’re not interested in any changes,” he said, “yet they’ll leave and go have dinner somewhere, and have a cocktail with dinner.

“I think the views have changed with the population and the age bracket in which the people are,” Kunkel said.

When asked whether he believed that the issue of alcohol sales is one whose time has come in Haddon Heights, Mayor Edward Forte replied: “Why isn’t it the time?

“When can you say isn’t the time?” Forte said.

The mayor said that an infusion of cash from the sale of liquor licenses would benefit the small town, at least initially, in the form of a possible tax reduction.

“We’re 99 percent developed,” Forte said. “We have a small business district; no industry.  We are the true bedroom community.”

Forte doesn’t believe that issuing liquor licenses would fundamentally change the character of his town. He credited the restaurants with spearheading the winery affiliate licenses, and said that “we didn’t see any changes in the behavior of people” as a result.

“I think the dynamics of the town have changed,” Forte said. “Maybe there’s people who want to be able to come into town and have dinner without carrying a bottle.”

If popular opinion is in favor of issuing liquor licenses, Forte believes that “a decision could be made before the end of the year.” New Jersey doesn’t require a ballot initiative to change the local laws; only the passage of a municipal ordinance.

“We’re hoping that meetings will be that referendum,” Forte said. “We’re going to listen to people. We’ll try to get everyone to speak.”

For more on the liquor license discussion in Haddon Heights, click here to read our story on the initial public referendum held July 23, 2014.