A student-created, homemade sample of radioactive materials led to the high school being evacuated Friday. No injuries were reported and no criminal charges are pending in the event. 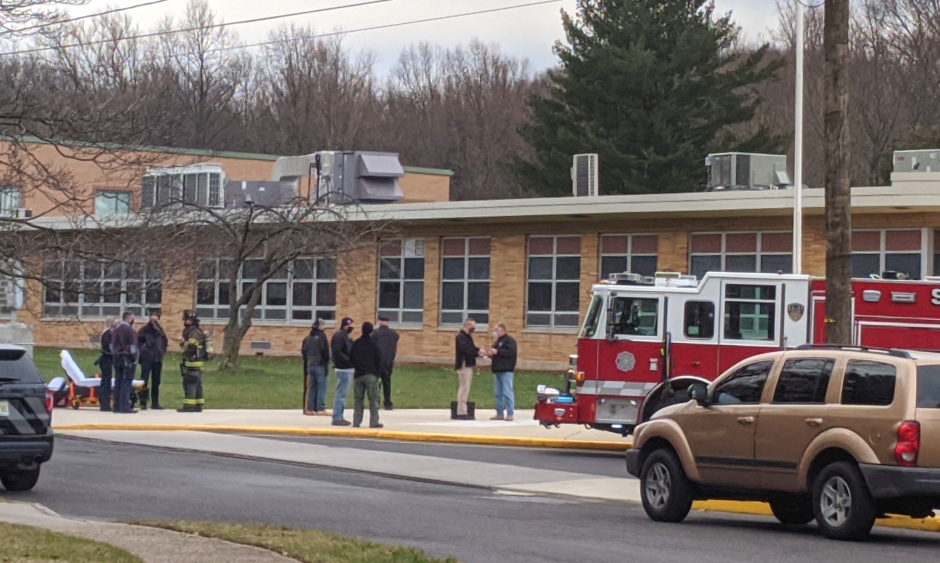 That turned out to be a sample of Fiesta dinnerware that had been purchased from a Barrington antique shop by a 10th-grade science student.

The antique material contains radioactive properties because of a uranium oxide glaze that was used in their construction from 1936 to 1972, according to educational reference outlet ThoughtCo.

The student had been given a Geiger counter for Christmas and was testing it at home using the Fiesta ware and other naturally occurring radioactive materials (NORM) purchased legally at gem stores, according to a parent.

“He’s not trying to blow anything up,” the parent said. “He likes science.”

The student broke off a small piece of the material to create a homemade reference disk for the classroom to use in its experiments, and brought it to school January 4 to show a teacher. Authorities were reportedly called on Friday after an administrator at the building realized that the material was labeled radioactive.

The student said he was “thankful for the abundance of caution” shown by first responders, and added that authorities contacted a scientist who deemed all his sample materials safe to keep at home. 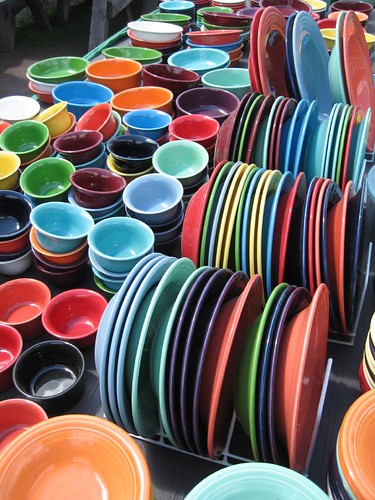 “Fiesta Ware” by Choconancy1 is licensed under CC BY-NC-SA 2.0

A source familiar with hazardous materials investigations said that authorities would have been concerned about the homemade nature of the sample and whether anyone could have ingested any particles of it that could have been dispersed in creation of the reference plate.

Ionizing radiation can contribute to cellular damage or other long-term health problems.

On Friday afternoon, the Camden County Prosecutor’s Office (CCPO), which coordinates the county HAZMAT response, offered a brief statement that “there appears to be no danger to the public as a result [of the investigation,]  and all agencies have since departed from school grounds.”

Detectives are continuing to investigate the matter, the CCPO noted.

According to a statement from Haddon Township Superintendent Robert Fisicaro, students returned to class within 30 minutes of the 11:15 a.m. evacuation, and were dismissed at regular time (12:30 p.m.) Friday.

No injuries were reported, and the buildings have been deemed safe for a return to school, Fisicaro wrote.

“We’re extremely grateful to our first responders for their swift and thorough response to this incident,” he said.

Local and Camden County police, fire, and emergency services personnel were on the scene at the high school Friday morning as news helicopters circled overhead. Parents wove around neighborhood streets to pick up their kids, and other students milled about the scene.

Tenth-grader Cameron Neel said he was in driver education class when the evacuation was ordered. Rumors swirled among the student body that the hazardous material in question was uranium, but that could not be substantiated by official sources at press time.

“We found out on the track,” Neel said. “Someone said they brought uranium.” 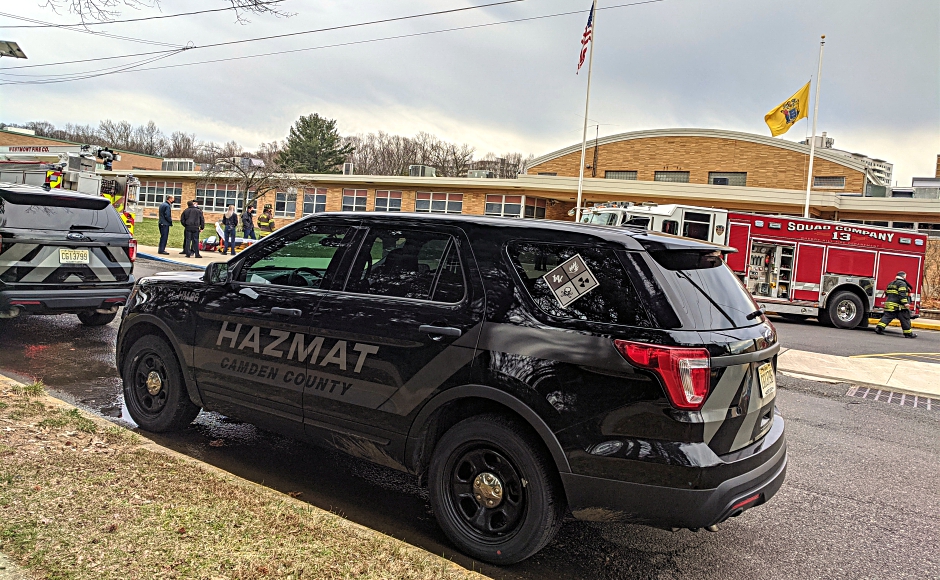 Naturally occurring specimens of uranium ore are commercially available for as little as $40, so it’s not inconceivable that a sample could have fallen into a student’s hands.

Rules from the U.S. Nuclear Regulatory Commission permit possession and transfer of such items in specific instances.

In small quantities, the radioactive elements can be used to calibrate Geiger counters and perform classroom experiments; however, there has been no confirmation yet that this was the nature of Friday’s emergency.

All requests for information have been diverted to the Camden County Prosecutor’s Office, which oversees the county hazardous materials response team. County HAZMAT vehicles were on hand at the high school Friday morning along with Cherry Hill and Westmont fire companies and Haddon Township Police.

This is a developing story.