Authorities say the man, 25-year-old Assoumou Diby, allegedly brandished a pocketknife ‘in a menacing manner’ in front of some teenagers. 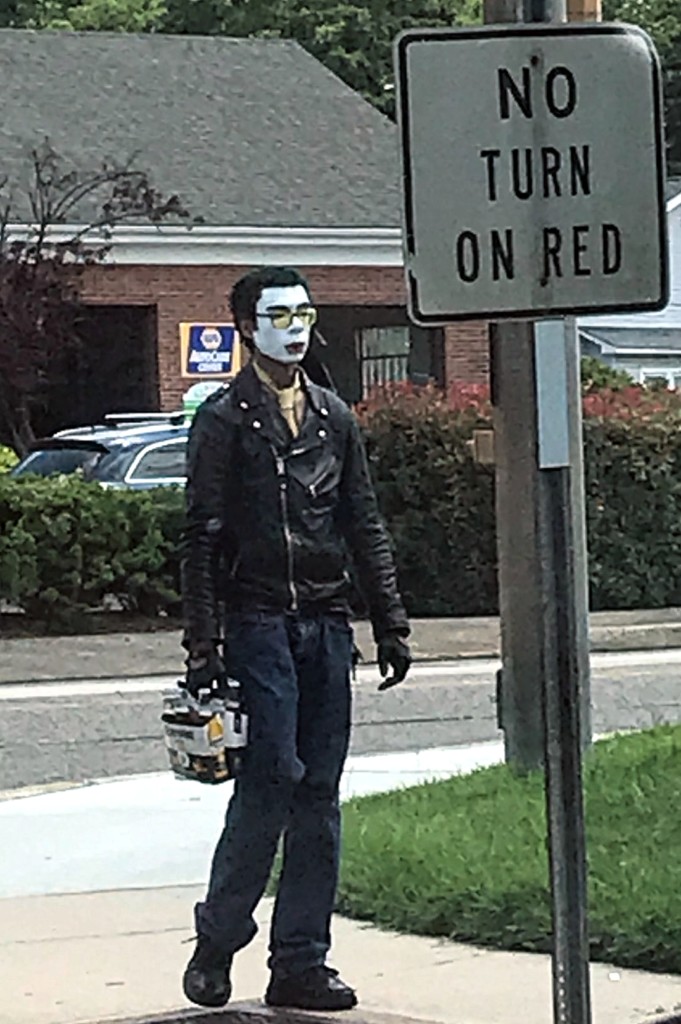 A Haddon Township man who dressed as the DC Comics villain The Joker and allegedly brandished a pocketknife at neighborhood teens has been charged with unlawful possession of a weapon, a fourth-degree crime.

Assoumou Diby, 25, allegedly waved the knife “in a menacing manner in front of a group of juveniles” on June 23, according to a statement from the Camden County Prosecutor’s Office (CCPO).

Haddon Township Police were called to the 400 block of W. Crystal Lake Avenue Tuesday “for a report of a man wearing joker makeup with a knife,” the CCPO reported.

“According to the complaint, the teens said the man drove by very slowly while menacingly waving a pocketknife in front of his face,” the statement read.

“The man was later stopped, identified as Diby, and arrested in connection to the incident.”

Complaints about someone dressed as The Joker were made to Haddon Township Police throughout the week, CCPO noted. Photos captured midday Tuesday show a man who looks like Diby in costume, carrying a six-pack of Corona.

Although residents were reportedly disturbed by his behavior, the conduct itself “did not rise to the level of criminal activity,” the agency said—until the alleged knife incident.

Diby’s Twitter feed, which is rife with Joker references, describes being permanently disqualified from military service because of his mental health history, which he claims also ran him afoul of a local liquor store clerk in the past week.

Story time: Tried to join U.S. Army…
Got as far as ASVAB (score ~65) and MEPS.
PDQ because of self-harm scars and history of inpatient psychiatric hospitals.
Blessing in disguise: I am #DigitalSoldiers.#WWG1WGA pic.twitter.com/8U84miHo9C

Diby is due to appear in court July 16.

All persons charged with crimes are presumed innocent unless and until proven guilty in a court of law; an arrest is not a conviction.