Former Latin teacher Brantley Cesanek, 31, pleaded guilty to second-degree endangering the welfare of a child. He will be sentenced Nov. 15. 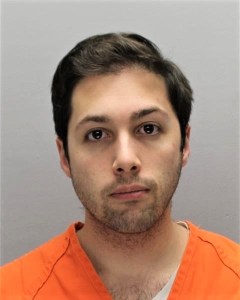 A Cherokee High School Latin teacher who pleaded guilty to having a sexual relationship with a student will serve five years in New Jersey state prison.

Brantley Cesanek, 31, of Haddon Township pleaded guilty to second-degree child endangerment, according to a statement from the Burlington County Prosecutor’s Office (BCPO).

He was originally charged with multiple counts of sexual assault, endangering the welfare of a child, and official misconduct.

Cesanek is scheduled to be sentenced November 15.

Evesham Police took up the case about a year ago after they were tipped off that Cesanek “had been involved in an ongoing sexual relationship with a student in 2016 and 2017,” when the victim was 16 and 17 years old

According to police, the incidents occurred in Cesanek’s home on the 300 block of South Park Drive in Haddon Township.

Cesanek was arrested within 24 hours of police taking up the case, the statement said. He was fired from the district and has not taught since being charged.