Jackie and Dan Walther are into a second summer of bringing a sustainable, locally sourced menu to the snack stand at the community pool. 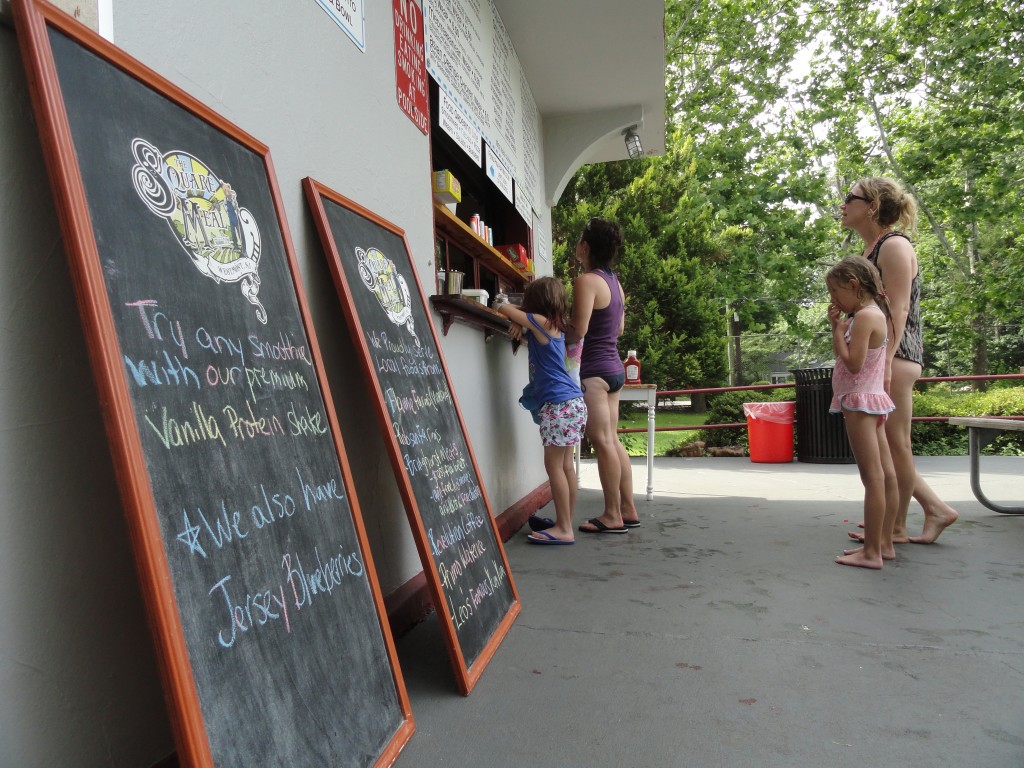 The Square Meal could have been a café that popped up in a vacant storefront somewhere in the Haddon Avenue corridor, serving local, fresh, from-scratch breakfasts, lunches, and snacks.

But when the numbers didn’t wash, the Haddon Township couple behind the idea bid to take it to the Crystal Lake Pool snack stand instead.

Now, as they head into the thick of their second season, Jackie and Dan Walther are feeling confident that the warm reception their meals are getting from customers isn’t just due to the sunny vibes of the summer.

“We wanted to have simple foods, healthy options, using local produce, local vendors, responsibly sourced meats, and bringing it to the public,” Jackie Walther said. “But since we’re at the pool and we’re serving more of a snacky menu, we’ve adapted it.

“We still have integrity by doing it the way we want to do it, but keeping in mind that people want their snack options as well,” she said.

“Everything we make is fresh.”

At the Square Meal, the chicken is hormone- and antibiotic-free; the beef is grass-fed. Vegetarian options include salads and a black bean wrap, and the menu offers “as much organic as we can,” Jackie Walther said—right down to the tortilla chips served with the nacho platter.

“We want people to feel comfortable with what they can get to eat, and we want everybody to feel that there’s an option for them,” she said. “We don’t want to exclude anybody.”

Smoothies seem to be the most popular menu item in the warm weather, Jackie Walther noted, adding that some pool patrons are happy to have the option of eating something that’s not “fried or super-processed.” Even the pizzas are oven-baked panini.

“It’s about being flexible and giving people what they need when they need it,” her husband Dan Walther said; especially “in a progressive place like this, where people are paying attention to what’s happening thinking about their kids and what they’re putting into them.”

Chicken is served in a wrap or shish-kebab, with marinades Dan Walther prepares from scratch: Mediterranean, which features balsamic vinegar; sweet barbecue; or mandarin orange with soy sauce, ginger, and sesame. He said the feedback from customers has been solidly positive.

“People are happy that we went out on a limb and brought some normal choices,” he said. “[The pool is] such a centerpiece to the community. There are moms that are there seven days with their kids. To not offer them something real is kind of silly. I hope it starts a trend with different swim clubs.”

After the pool closes for the summer, Jackie Walther will go back to her nine-to-fiver as a special education teacher in the Pennsauken school district. Dan is an electrician. But they hope the momentum they’ve gathered will allow them to give it all up for the food biz in the next few years. Possibilities include a Square-Meal-Mobile food truck that doubles as a pop-up general store catering to customers at festivals and campgrounds.