Organizers say the event will offer opportunities to hear from community members about conditions overseas and offer conversations centered on humane efforts, not partisanship. 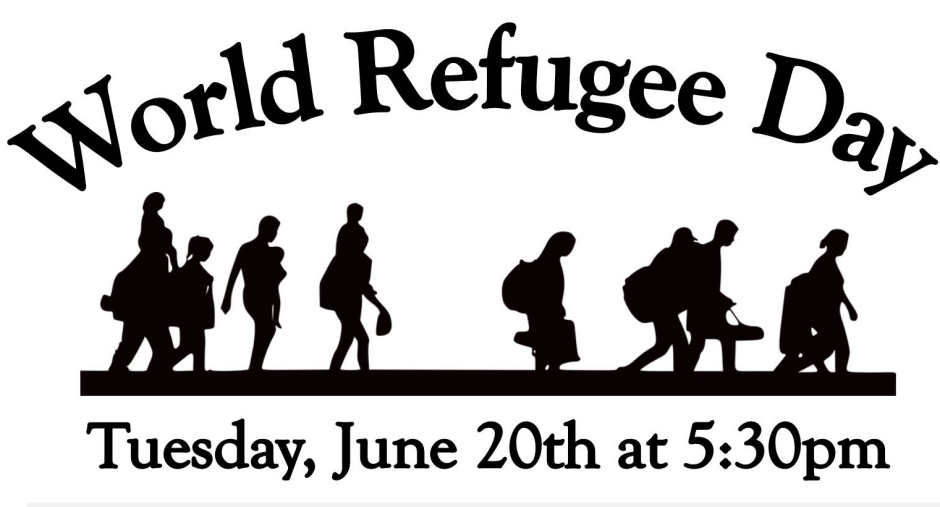 Since it was established by the United Nations in 2001, World Refugee Day has offered an opportunity to show solidarity with some of the most vulnerable people in the world.

In support of those efforts, an interfaith gathering on Tuesday will shine a light on the plight of refugees, asylum seekers, displaced persons, stateless persons, and returnees in South Jersey.

From 5:30 to 8 p.m., Holy Savior Parish in Haddon Township will offer first-hand accounts from Syrian and Mexican families, performances by West African drummers, and opportunities to have conversations about conditions immigrants and asylum-seekers face in their pursuit of a safe place to live.

“There’s so many immigrants who are fleeing their countries to try to find a sense of freedom,” said Rabbi Larry Sernovitz of Nafshenu, one of the organizers of the event. “We decided to come together to do a program to recognize and bring more attention to immigrants and immigrant justice in South Jersey.

“In a way, we take pride in our diversity,” Yares said. “We do it in speech, but we don’t do it [so much] in action. We hope new bonds will form and South Jersey will become stronger as a result.”

“It’s what our founders would have supported, even though our founders weren’t always the most inclusive people,” Sernovitz said. “We stand with immigrants no matter where you come from. People in America should have the concept of an American dream.” 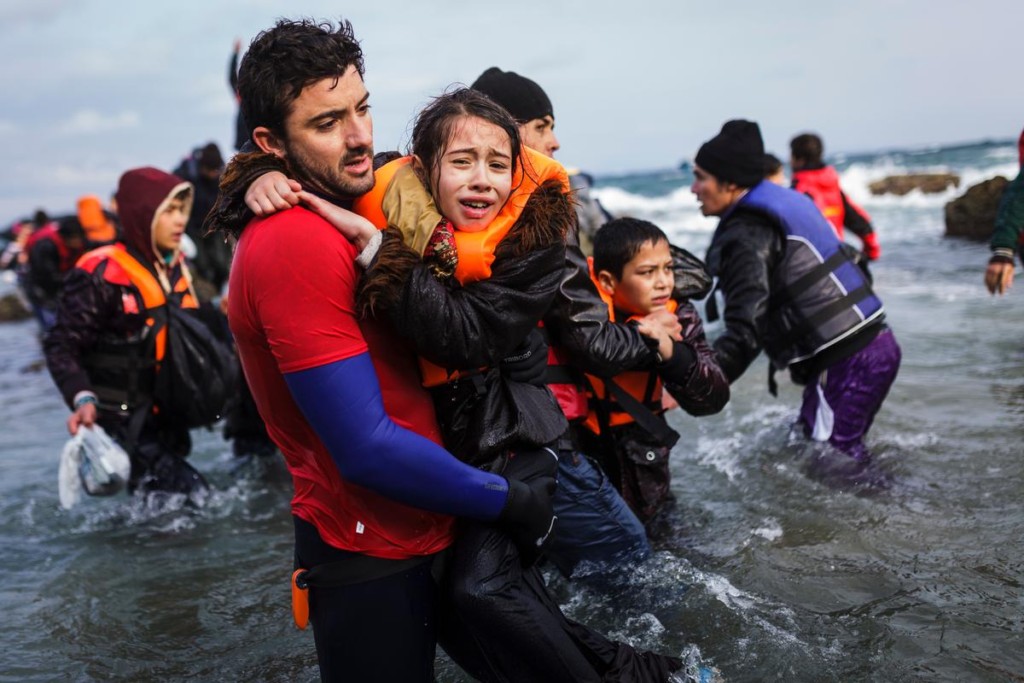 Conditions for Refugees in South Jersey

Part of the challenge in illustrating the plight of refugees in South Jersey lies in developing a broader understanding of who they are and where they come from.

From the 1970s through to about the mid-1990s, America had welcomed most refugees from Asian nations; since about 2008, that majority has shifted to people from Near East South Asia, a group of about 30 nations from the Middle East, North Africa, and southern Asia.

From October 2016 through the end of May 2017, New Jersey processed 327 refugees, according to state department figures published by the Refugee Processing Center. Locally, Catholic Charities of Camden reports having helped resettle 91 immigrants in South Jersey from October 2014 to September 2015.

Immigration attorney Afia Yunus, another of the organizers of Tuesday’s event, said she wants to help raise awareness of both the presence of refugees in South Jersey and the circumstances of their relocating here.

Immigrants’ legal status is determined at the federal level, but much of the work done to support them locally happens through nonprofit and religious organizations like Catholic Charities, which Yunus materially sponsors “99 to 100 percent” of refugees in South Jersey.

Yunus, who grew up in North Florida and spent her undergraduate and law school years in Chicago, said that by comparison to her experiences in those places, South Jersey has been very receptive to immigrants and refugees.

“In South Jersey in particular, I do feel that different communities come together for a common cause,” she said.

Here, Yunus finds “a willingness to work together and to put differences aside.

“Even if our country is so divided, there are many pushing back against this divide,” she said. “Nothing coming from the government gives me hope, but the people of South Jersey give me hope.” 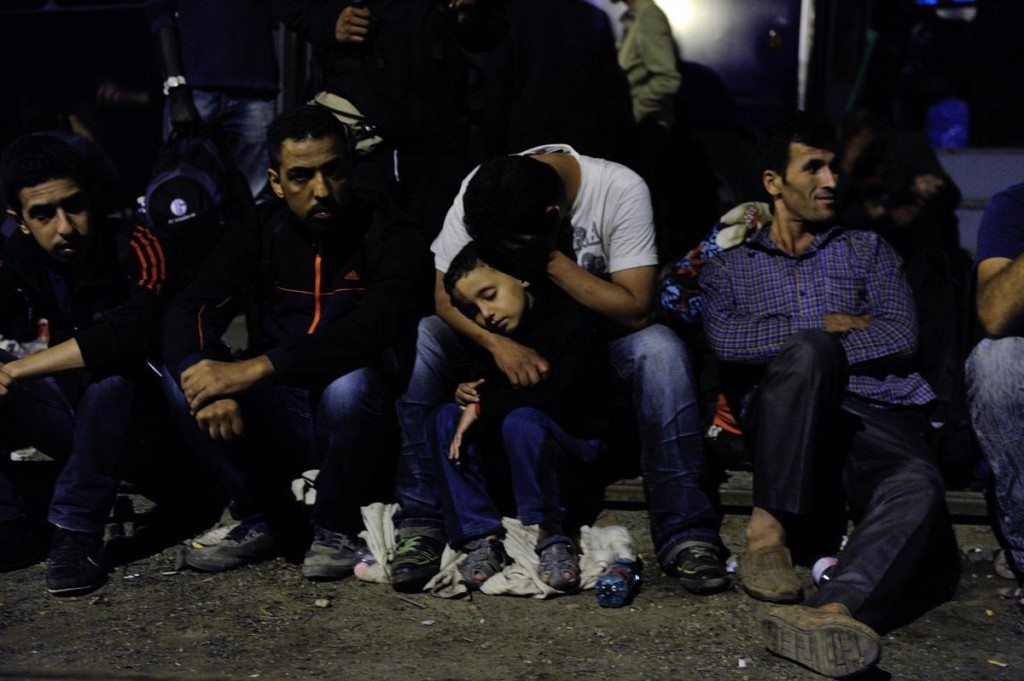 A refugee father holds his sleeping son as he sits with other refugees on the tracks at Röszke train station.
They are amongst the last refugees allowed entry into Hungary. September 2015. Credit: UNHCR/Mark Henley.

The U.S. political climate has turned sharply against refugees and immigrants in recent months, with travelers from certain Muslim states banned, increased ICE raids, and $2.6 billion in the proposed 2018 federal budget to build a wall between the United States and Mexico.

Yares believes such policies are grounded in fear and ignorance.

“There’s a myth that immigrants just mooch off resources and don’t want to be part of the community, but [for immigrants], it’s an issue of survival,” he said.

“It’s easy to discount people who you don’t know,” Yares said. “We want people to confront stereotypes and perceptions and replace those with reality. If we’re going to be civically engaged, we should know our neighbors.”

To help reframe the refugee issues as humanitarian and not partisan concerns, Nafshenu will leverage the work done at World Refugee Day for future outreach. The group plans to host a July 30 event built around the One America movement, an interfaith project to unite right- and left-wing voters in volunteerism. 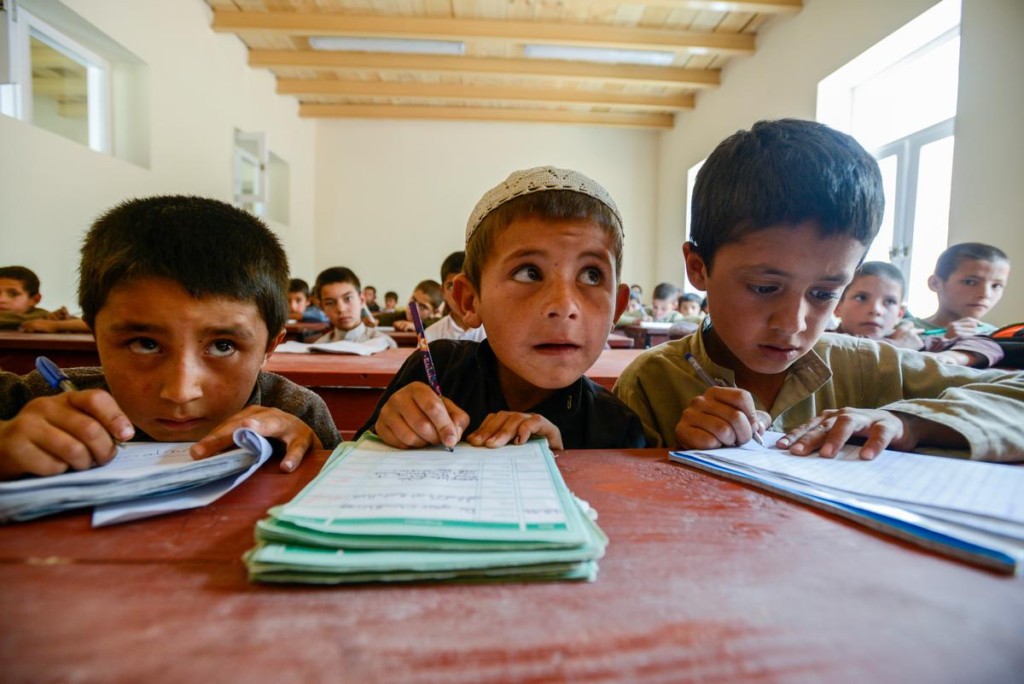 Afghan boys who were living as refugees in northern Pakistan but have returned to Afghanistan, study in a classroom at the UNHCR-funded Ansarul – Momineen School in Pajhman, Afghanistan. Credit: UNHCR/Sebastian Rich.

“It takes it a step further and [asks,] how do we change the world?” he said.

“How do we work together to unify and not divide, particularly in a world that seeks to divide?”

This summer, Sernovitz also plans to offer training on how to better support vulnerable community members through a partnership with Faith in New Jersey, a multi-faith, multi-racial social justice network.

“Every person has value,” Sernovitz said. “We don’t have to agree on everything, but we have to at least see the value in others. We’re all human together and we need to act in a way that shows that. Now is the time to make a difference.”