Trending
You are at:Home»Police & Fire»Haddon Township»Haddon Twp. Police: Property Crime Up with Change of Seasons

Authorities in Haddon Township caution that residents should continue to lock up their belongings, cars, and homes to avoid becoming easy marks for theft as the weather warms.

The change of seasons can unfortunately bring with it an increase in crime if home and property owners fail to secure their residences and belongings. Haddon Township police caution that a string of recent bicycle thefts are early indicators that residents should take precautions to avoid becoming victims of theft and burglary.

The rates of incidence for both types of crime are typically highest in the summer, according to 2014 research published by the U.S. Department of Justice. In “Seasonal Patterns in Criminal Victimization Trends,” researchers Janet L. Lauritsen and Nicole White report that “rates of household property victimization appeared highest in summer and lowest in either winter or spring” in 16 of 17 years’ worth of crime data collected from 1993 to 2010.

With the change of seasons imminent, police are already being alerted to incidents of burglary and property theft related to the warming weather. Last week, Haddon Township police apprehended a residential burglary suspect who allegedly broke into three homes in an afternoon; they also charged a pair of men in connection with a string of bicycle thefts dating back weeks or more.

Just after 5 p.m. on April 22, Haddon Township officers were called to the 100 block of South Atlantic Avenue when a resident allegedly saw a man walk onto her property and into her unlocked shed. The man fled on a bicycle, and was detained by authorities as he rode past the Haddon Township police station. He was identified as 52-year-old Derrick K. Gilmore of Camden City; Gilmore was charged with criminal attempt burglary/theft and possession of drug paraphernalia, and was released pending a court appearance.

Six days later, Gilmore was picked up near the Walter Rand Transportation Center in Camden City by Haddon Township detectives. He had allegedly been identified via residential surveillance footage in connection with a bicycle theft from the 100 block of East Park Avenue. Gilmore was charged with theft and given a court date. 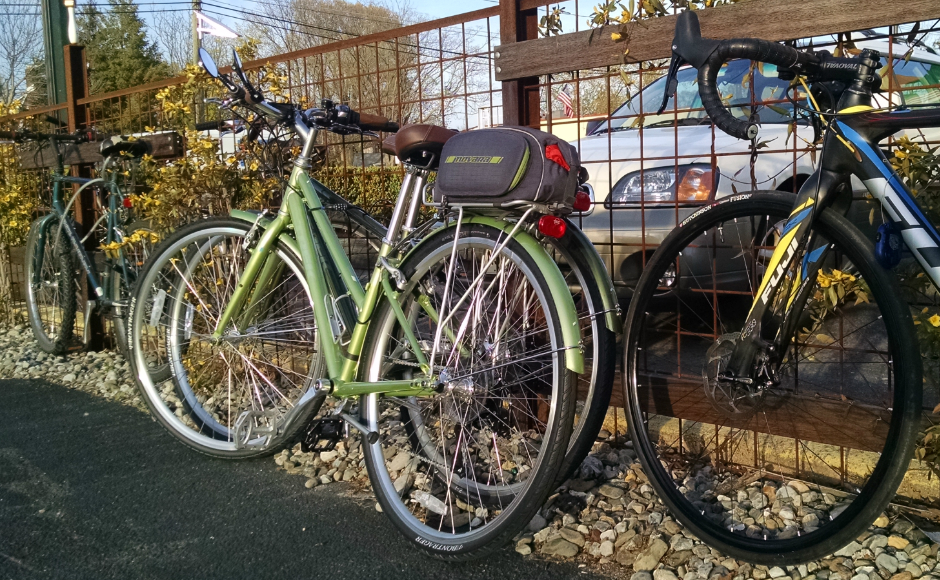 Haddon Township police said all the bikes Gallo stole were allegedly sold throughout Camden City; one was recovered by Haddon Township detectives from a Camden City corner store. Gallo was remanded to the Camden County Jail pending court appearances.

“It bears mentioning that Gallo targeted bicycles he could see from the street, all of which were left unlocked,” said Haddon Township Police Captain Scott Bishop.

“While we live in a great community, we are unfortunately not immune to criminal opportunists, especially if we make it just a little too easy,” he said.

Bishop described most of the crimes in question as “preventable with just a little extra effort,” and encouraged residents to lock up their belongings as a matter of habit.

All persons charged with a crime are considered innocent until proven guilty in a court of law. An arrest is not a conviction.