A handful of residents brings a popular fad—painting and hiding rocks—to Haddon Township. Parents and organizers say the activity opens up opportunities for kids to make community connections. Rock painting (and hiding, and collecting) has taken off in communities across the country, and in various forms.

A Massachusetts woman captured national attention for her site, The Kindness Project, which encourages kids to paint uplifting messages on their rocks before hiding them.

A mom in California started The Word Rocks Project, which led its first International Drop a Rock Day earlier this month.

A boost from CBS This Morning swelled the Northeast Ohio Rocks Facebook group to nearly 170,000 members.

When Sandy White saw the activity creeping into other communities, she offered it up to her neighbors as something fun to bring to Haddon Township. Somewhere between arts and crafts and hide-and-seek, she thought it would be a good fit for the town.

“It reminds me of when people used to go to the shore and find clamshells and paint them with watercolors,” White said. “It’s that kind of a summertime fun activity for kids to do.”

The invitation to organize it was all Mark Simone needed. Simone is a fan of treasure hunts, as his wife, Christene, can attest. Birthdays always come with clues and instructions for recovering her presents from the places he’s stashed them. 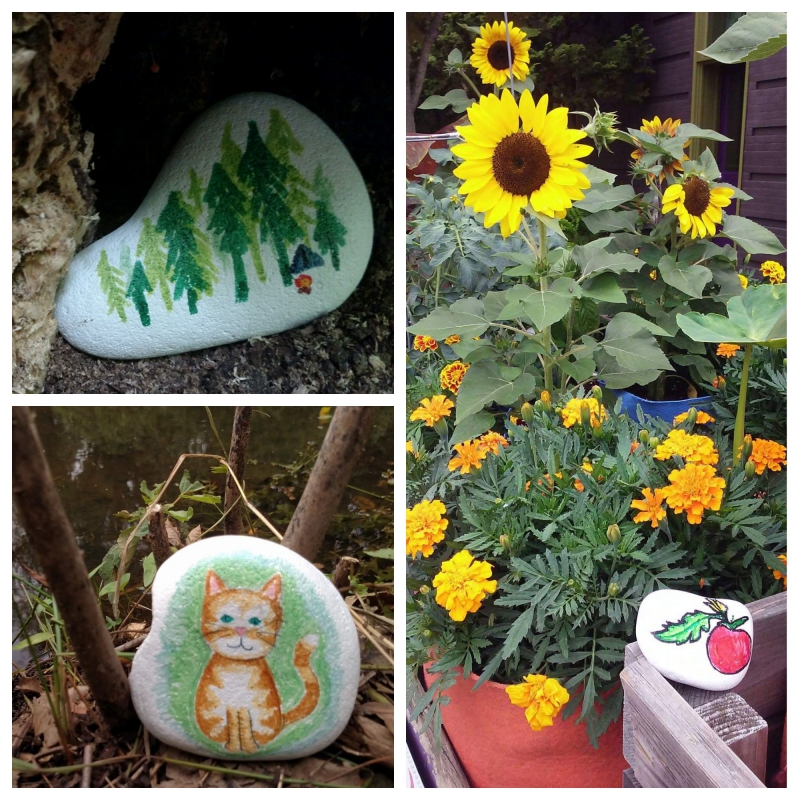 Mark read up on how similar rock groups were organized, and came up with a handful of short rules.

You can put it back or take it home—but if you take it, you must paint and hide two others.

Each rock has the group URL on the reverse side.

To get things started, the Simones hid eight rocks in different places throughout the township (hint: several are stashed in the local parks, including Saddler’s Woods, and haven’t yet been discovered).

They remembered stifling quiet excitement when, shortly after hiding the first rock, they looked back and saw someone pick it up. Less than an hour later, the group had a new member and its first “found” photo.

In at least one case, he also has helped speed up the game. Eight-year-old Josephine Anderer was excited to participate in the hunt, but came up empty after a bike ride through Cooper River Park. After a special request from her mom, Aimee Shearer, Anderer discovered a rock with a duck painted on it in the stump on their front lawn.

Shearer bought her daughter a bag of rocks from Home Depot, and after a busy afternoon of painting, Anderer was ready to get into the game. She confesses to having had some difficulty parting with her best work (ice cream, Harry Potter, a flower), but thrilled to see a picture of the red-white-and-blue-striped rock she’d hidden turn up in the group.

“I got really excited,” Anderer said, adding that she feels “the same amount” of enthusiasm seeing someone else find one of her creations as she does finding a hidden rock. 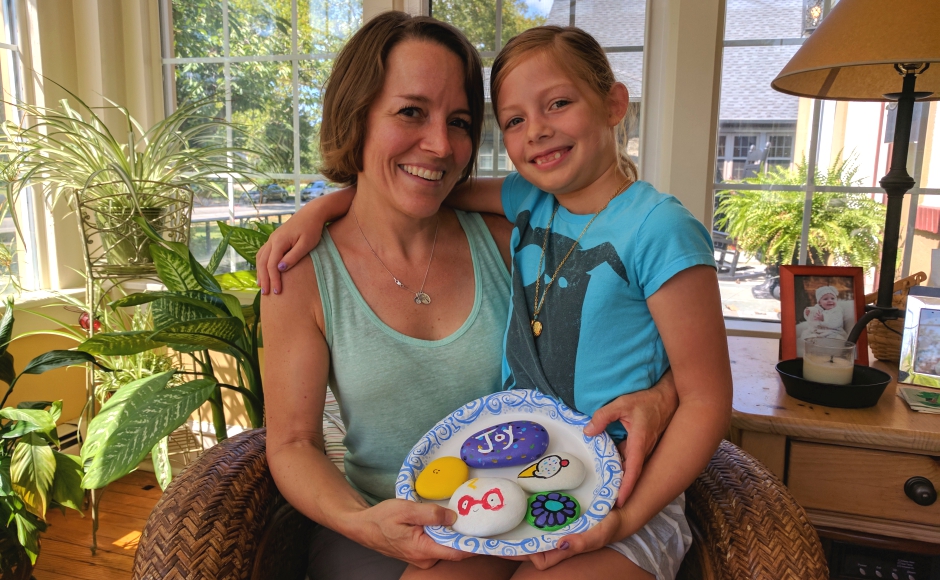 In addition to being a fun and creative activity, Shearer said rock painting has opened up new connections for her daughter with her hometown and the world at large.

“The rock thing, to me, is a really neat way for me to use social media with her…[to show her] this is what you did, and you touched an actual person,” she said.

Shearer said she also appreciates how the game has offered experiences of delayed gratification and interconnectedness as much as the fun of being creative.

“You’ve painted this, and you’re going to give it up, and it makes someone else happy,” she said. “But you might never know  [if it’s found].”

Christene Simone said the game underscores the power of making a tangible—and emotional—connection with real people through social media.

“I think the concept of ‘keep one, give two out’ is a little more out there,” she said.

“When you have a community like this, the more opportunity people have to connect with each other as people, kindness results from that. People are less of a mystery to you. You’re more alike than you thought.”

“It’s like finding a little gift from an anonymous friend,” she said.