One of the oldest schools in the state turned 200 this year. The historic property was saved from demolition in the 1980s but still needs volunteers to keep it vibrant. A celebration is planned for Oct. 2. One of the oldest structures in the historic South Jersey community of Haddon Township—older, even, than the community itself—is celebrating its bicentennial this year.

Built in 1821, the 200-year-old Champion School (formerly the Newton Union School) was the first free public school in the county.

Its students were children of farmers who hailed from what is now Camden City, Collingswood, Gloucester Heights, Haddon Township, Oaklyn, and Woodlynne.

Pupils from grades one through eight received simultaneous instruction in the one-room schoolhouse from educators like Thomas Sharp and William Tatem, whose names grace Collingswood elementary schools today. Its dirt floor basement also served as a stop on the Underground Railroad, helping enslaved Black Americans escape to freedom.

When a $75 debt on the property was discovered in 1831, local landowner Samuel Champion stepped forward to settle it and receive the deed. The school took on his name in gratitude; seven years later, locals raised $110 to repay Champion for his efforts and turned the deed over to the first Board of Education.

Today, its classroom is staged with a number of anachronistic desks and items salvaged from other schools, but its interior hardwood flooring dates back to 1896, and original exterior Italianate brackets and box cornices date back to 1870. 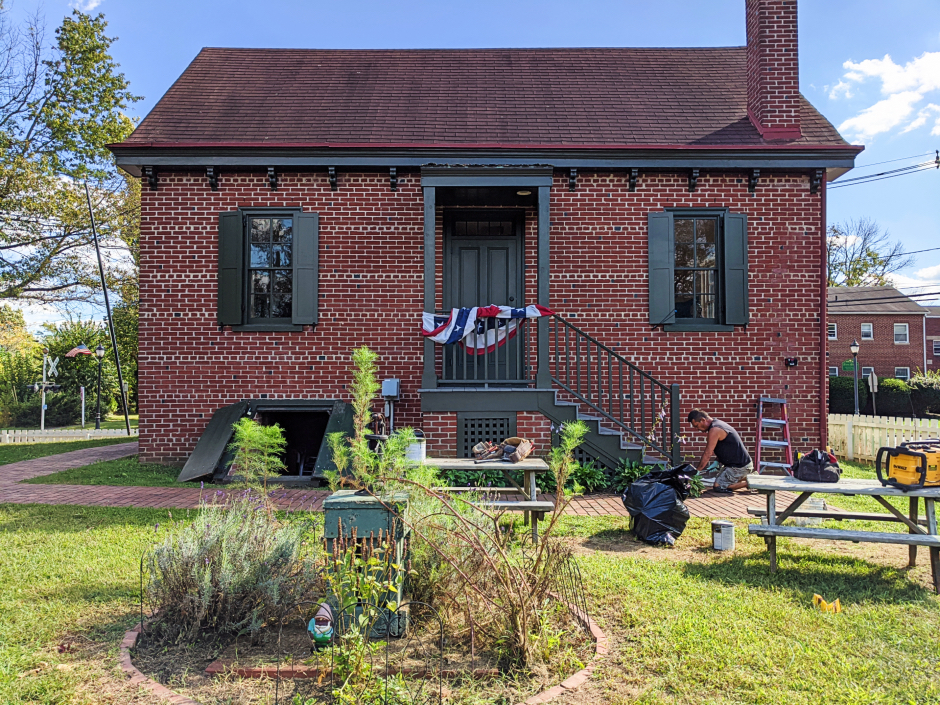 “We are a historical town, and sometimes we forget that,” Teague said.

“An event like this helps us focus upon the building.”

For its part, the municipal government has invested nearly $100,000 in the property upkeep since 2019, Teague said, funding new fencing, repairs to its entranceway steps, and work to replace gas lines at the property.

“[Repairs]  tend to be costly, and we have to get approval from the state historic district.”

He’s hopeful that the neighborhood will supply more to help restore the historic West Collingswood train station next.

Kelly, who took over duties as the unofficial caretaker of the school from longtime Haddon Township resident Fred Litwack in 2015, said he’s been chipping away at a list of restoration needs to get the property more open to the public.

“Every town with a historic property just wants to showcase it; they want people to see it,” he said. “It just became a point to get the place really ready. 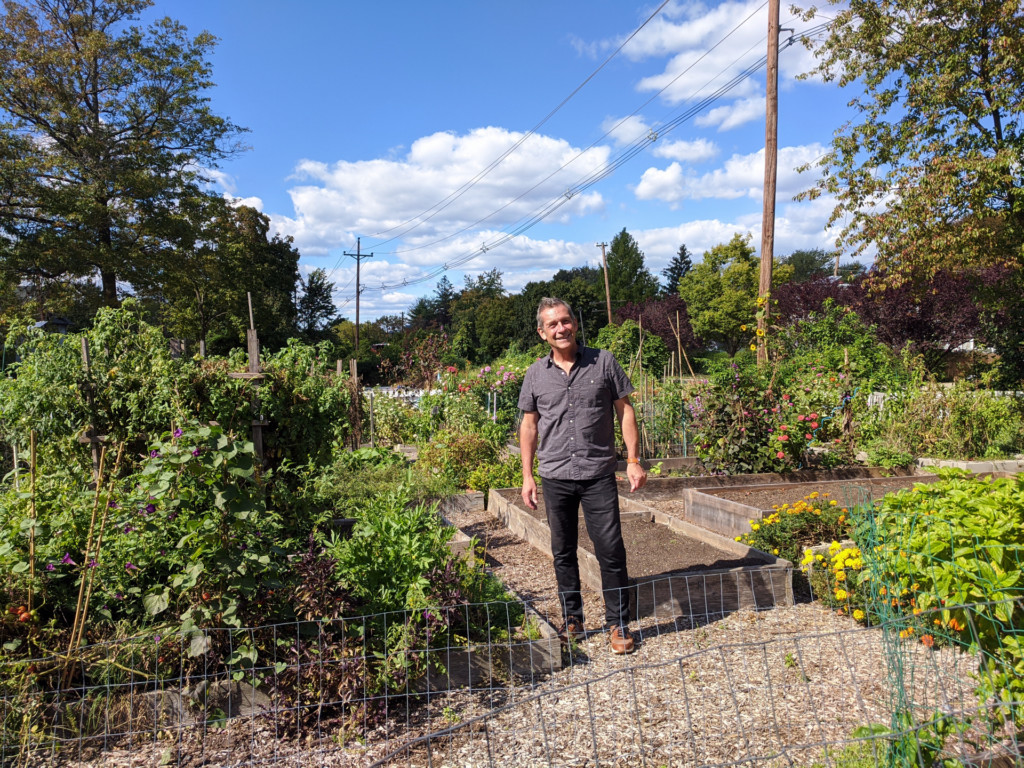 In 2013, Haddon Township situated its community garden on the rear of the property, and those who tend its 24 plots have been a boon to the grounds, Kelly said.

But he’s still hopeful that a full-time use of the building could be worked out.

“It’s a gateway to our corridor; a connection with the [Old Newton Burial Grounds across the street], the [West Collingswood]  train station, and other areas of historic significance,” Kelly said.

From 1 to 6 p.m. Saturday, October 2, the Champion School will be open to visitors. Located at the corner of Lynne and Collings Avenues in Haddon Township, the event will include food trucks, a beer garden, live music, amusements for children, and tours of the property.

More information about the celebration is available here.