Trending
You are at:Home»Business»Haddonfield Clashes with Bancroft Developer at RCA Q&A

J. Brian O’Neill took his lumps from residents in the first public presentation about his plans to build a rehab center in Haddonfield, but local high-schoolers said the need for the facility is real. 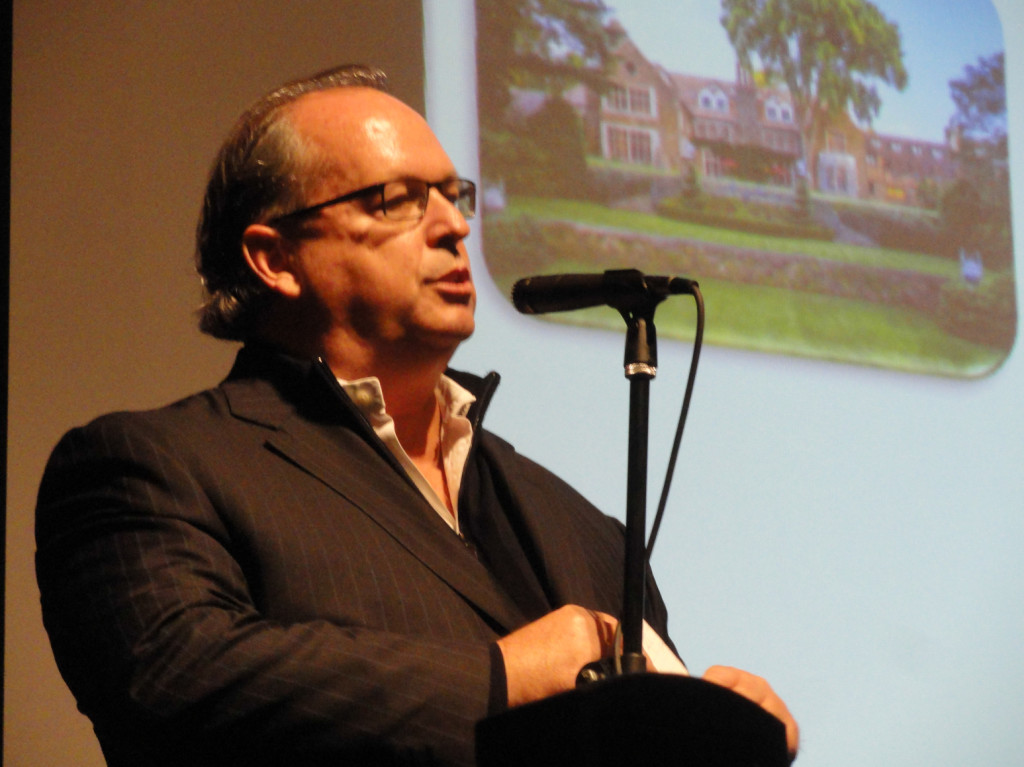 J. Brian O’Neill, the developer who intends to bring a five-star addictions treatment facility to Haddonfield, took the microphone to a smattering of boos from residents Wednesday night.

The crowd didn’t get any more welcoming over the next two hours.

O’Neill was heckled, interrupted, barked at, shouted over, and even walked-out on with great flourish by one audience member who called him “a jerk” as he outlined his plan for a $25-million treatment facility on the 19-acre Bancroft campus that adjoins Haddonfield Memorial High School.

“You have no facilities, you have no patients!” one man shouted.

“No one believes for a second that someone’s going to walk up to this facility from Haddonfield,” a woman said.

“It’s not main street, it’s the schools,” another man said. “You’re butted up against two schools.”

But by the end of the meeting, it was the students of Haddonfield who stood up to contradict their elders, speaking plainly and first-hand about the epidemic of substance use from which the borough residents in attendance said their children were at risk. 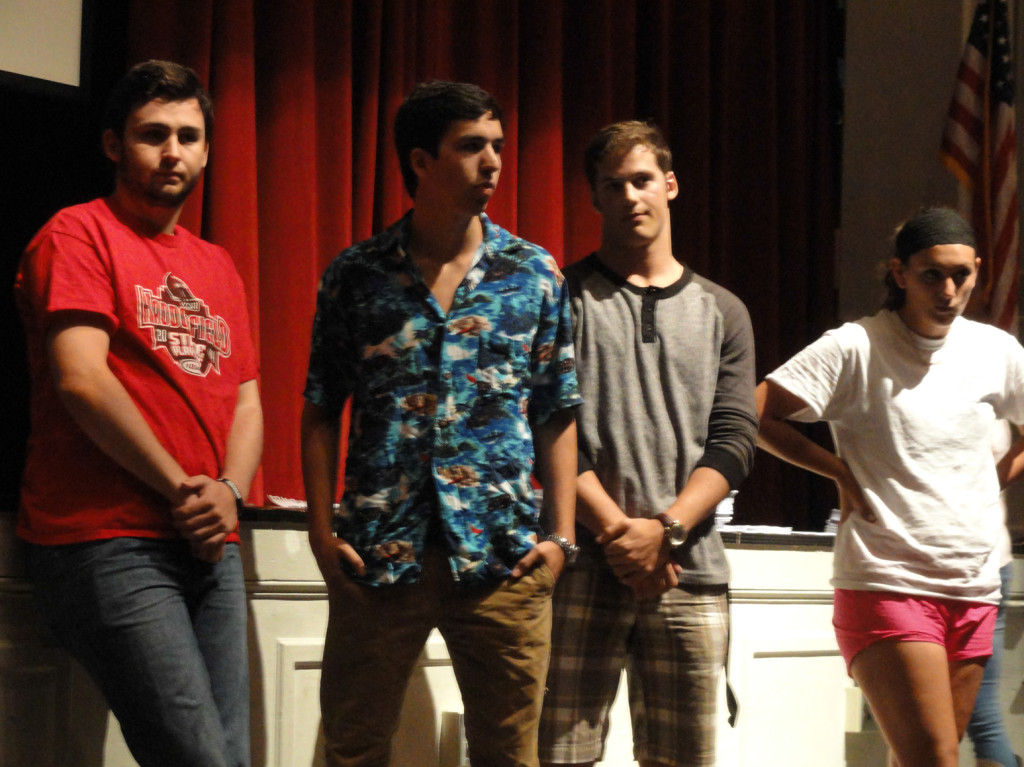 “I am that child that parents worry about,” said Matthew Smart, who has attended both the nearby Tatem Elementary School and Haddonfield Memorial High School (HMHS).

“HMHS already has a drug and alcohol problem,” Smart said.

If O’Neill had wanted a more ringing endorsement, he likely couldn’t have bought it in the room. 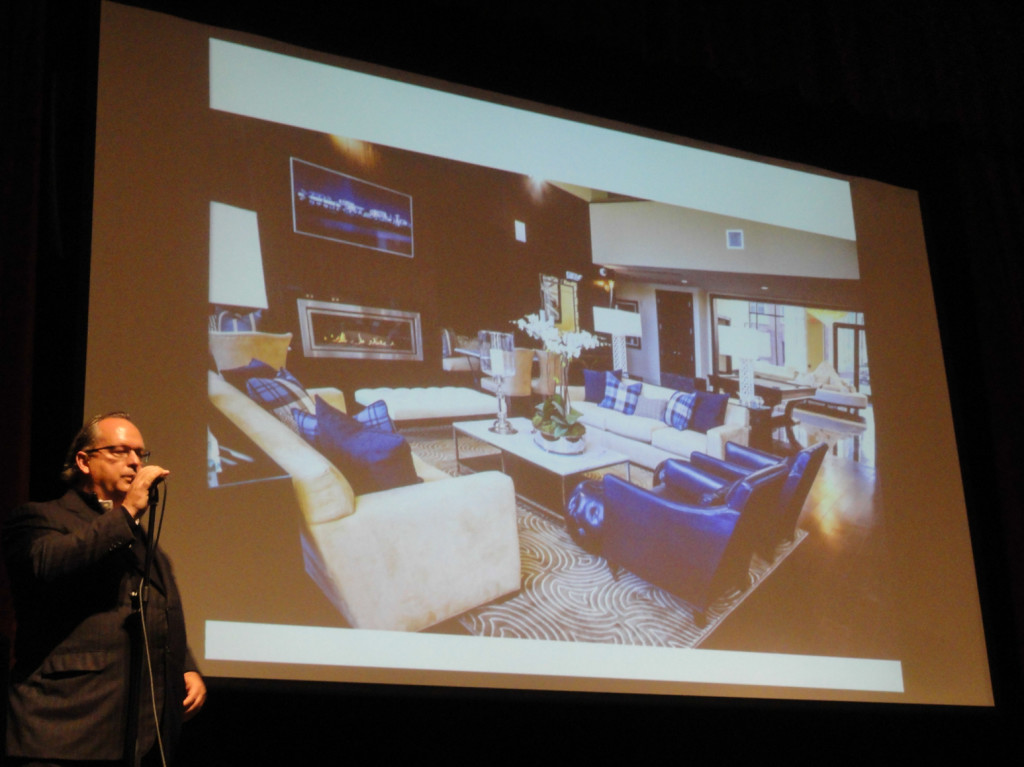 The mission of Recovery Centers of America (RCA) is to get 1 million Americans into “education, treatment, and recovery support for substance use and mental health disorders in every neighborhood” in the country, O’Neill said.

To do it, the developer intends to construct an eight-campus network of rehabilitation and detoxification centers throughout the Northeast with talent recruited from among the largest addictions treatment corporations in the country.

The difference in the RCA approach, O’Neill said, lies in building treatment facilities that are “modeled like boutique hotels.

“For $750 to $1,000 a night, you can stay in the finest hotels,” he said, “and yet the [addictions]industry puts its patients in a cinder-block room with four beds and a bathroom down the hall.

These costs would be borne out-of-pocket by those in recovery, or their families; and yet, O’Neill said, “If we were open 100 percent of the time and we were 100 percent full, we would have a 100-year supply of patients here.” 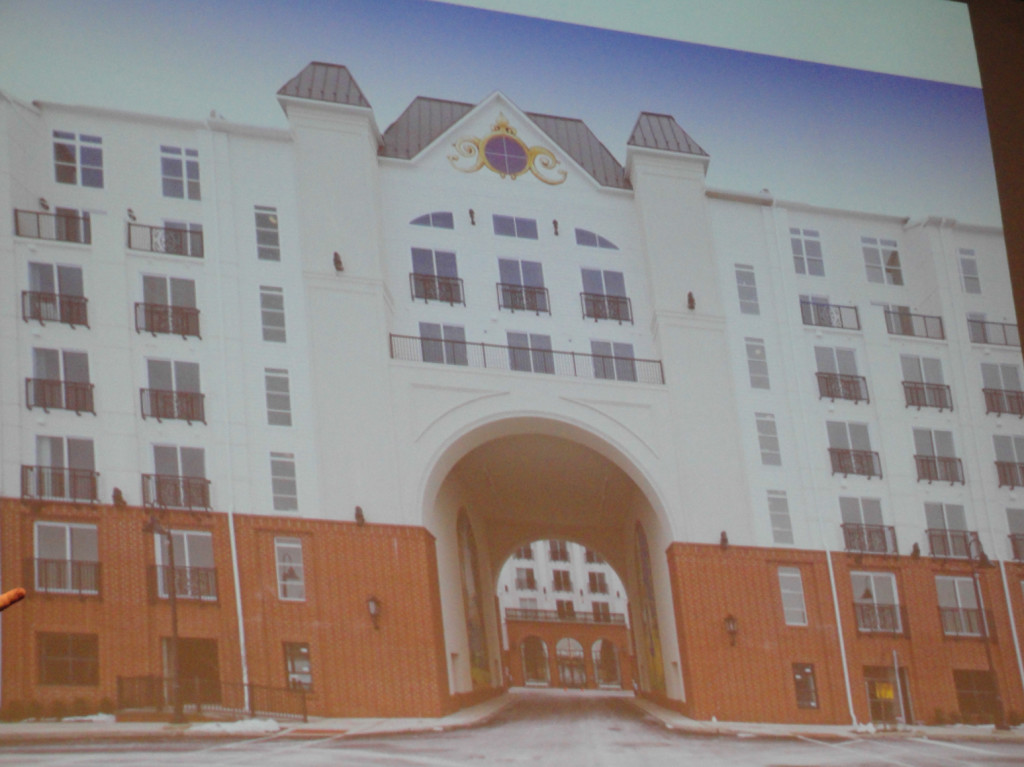 O’Neill said the RCA facility would house 120 patients on a 96,000 square-foot campus. Check-in is voluntary, and even after discharge, patients treated by RCA would have 24/7 access to interventionists, a fleet of black cars, and a “one-ring call center” that will answer or respond to an e-mail or a text “instantly” for patients in crisis.

“If we receive a call from a patient or a loved one, we can have a black car in their driveway with an interventionist within two hours,” O’Neill said, “have them back, and checked in.

“We have a full detoxification unit in all of our facilities and they’re run by doctors and nurses,” he said. “We have inpatient residential treatment, traditional outpatient treatment, spiritual services, sober living, recovery support, concurrent recovery monitoring.”

The facility will not accept violent criminals nor sex offenders, O’Neill said, and should generate “less than 10 percent of the traffic currently observed at Bancroft.

“You have 300 patients coming and going twice a day,” he said. “Our people are delivered and don’t drive.”

O’Neill also headed off the objection that RCA the facility would be bringing patients to the borough who would increase crime or wander throughout the surrounding area.

“Our classes start at 7 a.m. and go to 8:30 at night seven days a week,” he said. “Our patients are busy, and they’re busy getting well. Free time is for breakfast, dinner, and lunch.”

“I believe that in this room, I have patients, or past patients,” O’Neill told the crowd. “I believe that they are entitled to the same dignity as every one of us. And I like a main street location because I believe that treatment should be easy to get, like anything else we can get here in the United States.” 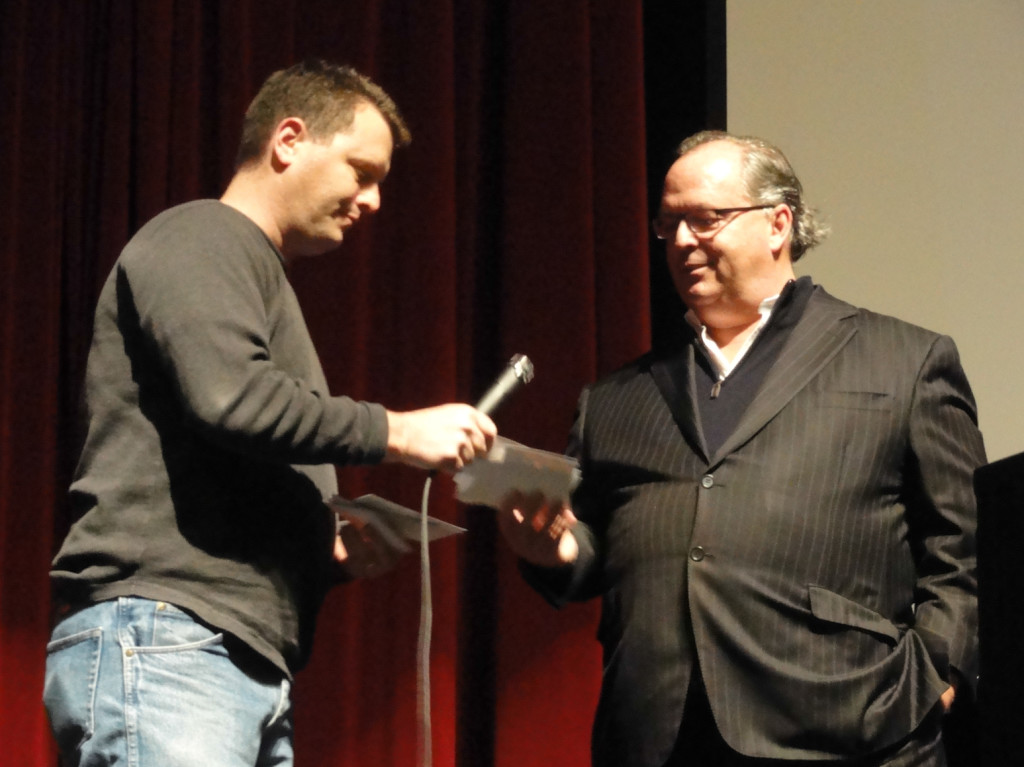 Objectors to O’Neill’s plans, however, voiced their preference that his clients seek those services in a town other than Haddonfield.

Chris Maynes, a Haddonfield resident who had a week earlier implored the borough government to purchase the land from Bancroft at its April commissioners meeting, worried that the facility wouldn’t be secure enough to keep drugs out.

“Nobody is here to demonize you or RCA because we can all see the value of the work that RCA can do,” Maynes said.

“Illicit drugs are used in jails and prisons despite their highly controlled environments. If a drug dealer can penetrate a system…imagine what they could do at the Bancroft facility; patients on the inside who are addicted and dealers with a profit motive to help them.

“The high school is what we would call ‘a target-rich environment’,” Maynes said, citing his military background. Then, he added, “Let me show you who those targets are,” and handed O’Neill a stack of photographs of his eight children.

“We have a lot to fight for but we will fight if we must,” Maynes said. “You can walk away from this deal and still win because you will be viewed as a decent and honorable man who took a look at the situation and considered the impact on hundreds of families.”

“Your objective and ours are identical,” O’Neill responded. “The uncomfortable position we’re in is that we have to fight for the right to fight this problem. 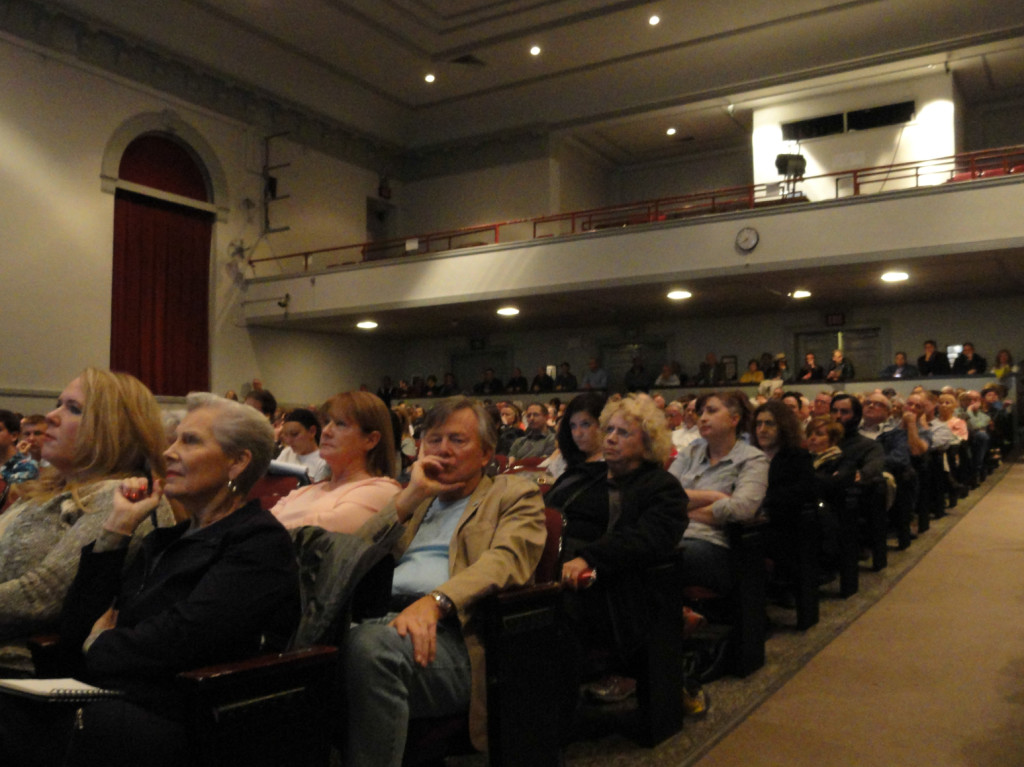 “If you don’t decide as a community to treat addiction, you will have high school kids killed by addiction,” he said. “I’m trying to solve that problem, not create that problem.”

Haddonfield resident Sean Leonard criticized the audience for failing to buy the Bancroft property during the 2012 referendum, exclaiming, “this is the consequence of inaction right here!

“This is going to come down to simple land use law,” Leonard said. “We didn’t have the courage two years ago to buy this property. We need the courage to fight this.”

Beyond land-use law–which could give RCA a continuing variance to operate as a behavioral health treatment facility, as Bancroft has–the center has the benefit of U.S. Supreme Court case law that protects addictions patients from discrimination under the Americans with Disabilities Act, O’Neill said.

“A reasonable accommodation has to be met by a town to provide treatment for people suffering from addiction,” he said. “If not, by law, a town can be forced to not just accept a facility like ours, but to change their laws to make it easier for a facility like ours. Unfortunately, companies like ours have had to resort to that law because of the difficulty in opening these facilities.

“That being said, I’m standing here tonight to not have to use the Supreme Court to open this facility,” O’Neill said. “If I just wanted to hold the law over your head, I’d file a lawsuit and not stand here in front of 700 people when I could be home with my kids.

“However, I am committed to my mission,” he said. “If you know anything about me, I don’t need the next steak dinner or the next commission to live my lifestyle. I’m tired of seeing people die from this disease. If I have to, I will use every arrow in my quiver to open these facilities.” 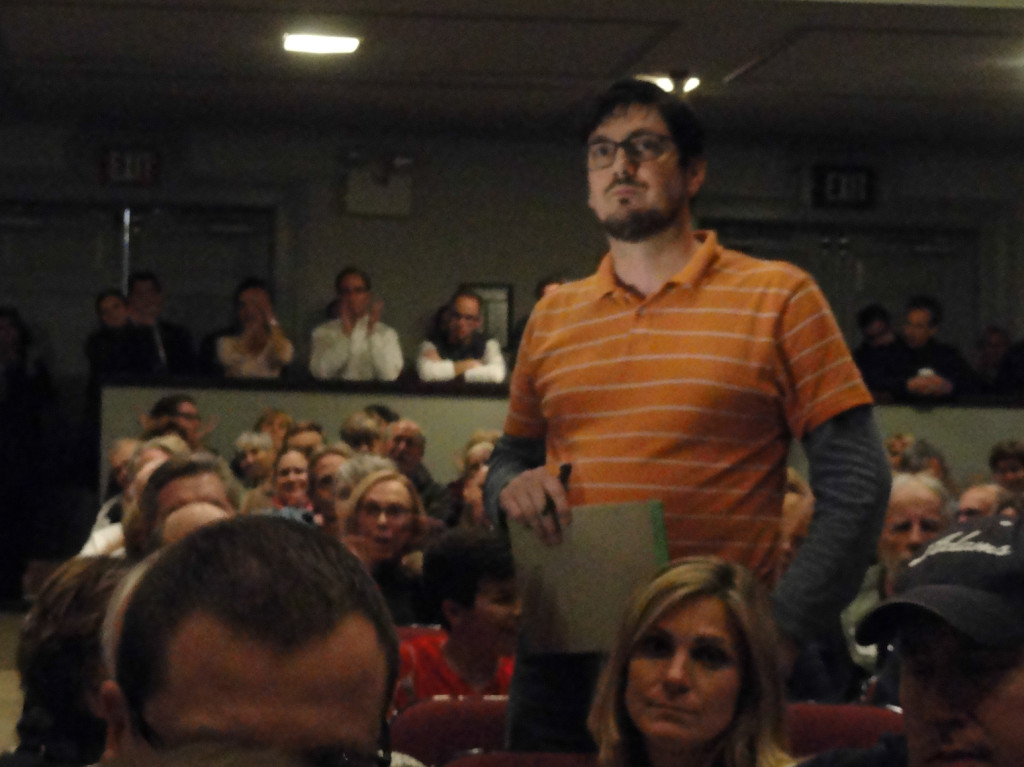 Still, O’Neill spoke more than once about pursuing “a win-win outcome” with the people of Haddonfield, including the possibility of selling to the Haddonfield school district the portion of the Bancroft property that connects the high school to Hopkins Lane.

O’Neill also downplayed the notion that the borough government would have the opportunity to purchase the land or to intercede in the agreement with Bancroft.

“We have it under firm contract,” he said. “We have the law on our side. We can do it the easy way or the hard way.”