Mark Rusc, whose status as a U.S. Naval veteran has been a focal point of his campaign for borough government, faces a cease-and-desist from Disabled American Veterans over his use of its seal. 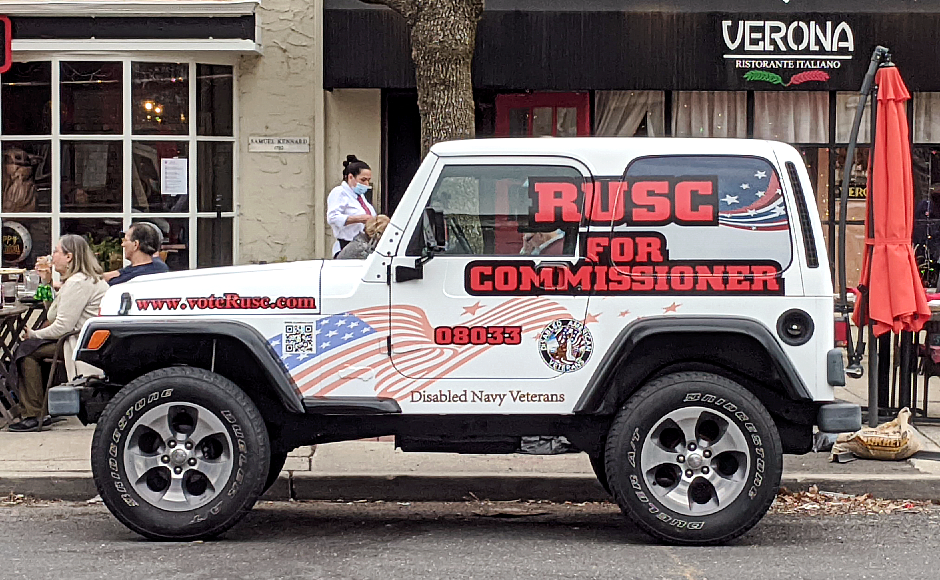 A first-time candidate for Haddonfield borough commissioner has faced scrutiny from voters over his use of a trademarked logo belonging to a military charity in promoting his campaign.

Engineer and consultant Mark Rusc’s campaign materials have highlighted his status as a disabled veteran of the U.S. Navy, most prominently by including the seal of the nonprofit Disabled American Veterans (DAV) of Washington, D.C.

The symbol has appeared on Rusc’s digital campaign channels, as well as on a full-body vehicle wrap on his own Jeep, which Rusc has parked in downtown Haddonfield to advertise to passersby.

However, in a list of “Election Year Dos and Don’ts,” DAV forbids its membership from explicitly supporting candidates or giving the appearance that the organization supports any candidate, citing its own national bylaws of nonpartisanship and federal laws governing its 501(c)4 tax-exempt status.

When presented with photographs of Rusc’s campaign materials, DAV Inspector General Ed Hartman affirmed that Rusc’s use of the DAV logo is “absolutely, positively, a violation of all of our governing documents, particularly our constitution and bylaws.

“We are a nonpartisan organization, and we do not permit our name, logo, or any identifying marks to be used in conjunction with any political activity,” Hartman said in an interview Monday.

“Had [Rusc]  contacted anyone at DAV national headquarters, he would have been appropriately advised that he could not use our name, logo, or seal in conjunction with the way he is using it now,” he said. “It certainly is not okay.”

Hartman told NJ Pen that DAV is drafting a cease-and-desist letter from its national commander identifying the violation and demanding corrective action.

“Our name, our logo, our seal, our acronyms, are all trademarked under federal law, and his use of our name and marks is a violation of federal law,” he said.

Hartman confirmed that Rusc has been “a card-carrying member of DAV,” but is not an active member of the organization at present. Failure to remedy the issue could lead to his removal from the organization or subject him to civil litigation, he said.

“I’m assuming this is an honest oversight,” Hartman said. “We are asking him to remove any and all DAV identifiers from anything that he’s using in association with his campaign, including his vehicle wrap, and to notify us within 10 days of receiving the letter.”

Hartman described DAV as “a very vast” national organization with 1,300 chapters across the United States, including a state department that heads up its New Jersey chapters. But even that department “does not have the authority to extend our name and logo, and would definitely have known better,” he said.

“It’s not a small issue to us,” Hartman said. “We take these things very seriously, especially as it relates to partisan politics. We value our tax exemption by the federal IRS. We enjoy the fact that we’re a Congressionally chartered organization, and we’re going to do everything that we need to, and must do, to retain those statuses with the federal government.” 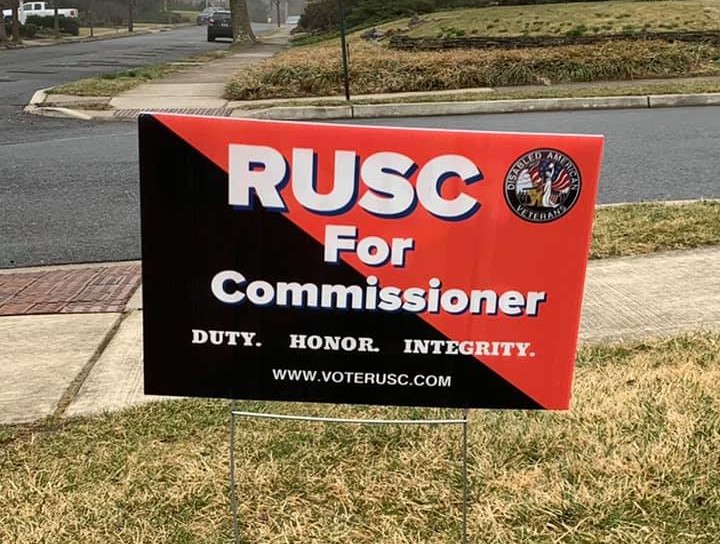 The DAV Inspector General said such issues do not often crop up within the organization, and could only recall one such other incident in which a candidate tried to promote himself using DAV materials.

Hartman also said that he’d never heard of Rusc, nor advised him in any manner on the use of the DAV seal.

Rusc’s campaign treasurer, Luis Hoz De Vila, told NJ Pen the idea to use the DAV seal was his.

Hoz De Vila said first that he believed the logo was in the public domain, and “not protected,” and then said that he had altered the logo slightly for use by the campaign after having fielded questions from voters about the propriety of its use.

“I am the one that changed them,” Hoz De Vila said in a phone interview, adding that he thought it “ridiculous” that residents were concerned with Rusc advertising his veterancy in such a fashion.

When presented with Hartman’s comments on use of the DAV logo, Hoz De Vila said the campaign would make adjustments; within a few hours of that conversation, the logo had been scrubbed from Rusc’s campaign website and social media accounts.

Rusc, a political newcomer, said alternately that he believed he’d had a right to use the altered logo provided by Hoz De Vila, and that he didn’t act out of any intent to damage DAV or his fellow veterans. 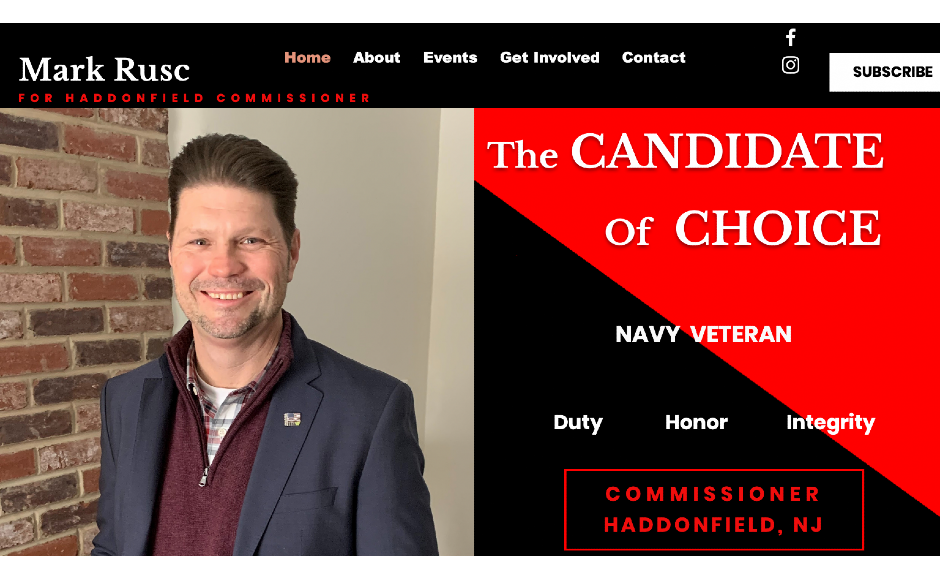 As to his own service record, Rusc said he retired as a U.S. Naval Petty Officer (E-5). The injury that led to his military disability was suffered in 1995 during service in Norfolk, Virginia. He expressed frustration over the issue, and said that voter questions about his use of the DAV logo were tantamount to harassment.

“I have a group of folks cyberbullying me on topics that don’t matter,” Rusc said, alleging that his campaign website was temporarily brought offline by complaints about the issue, which he chalked up to “small-town politics.”

Nevertheless, Rusc expressed support for the field of candidates on the whole as “good people,” and said he would begin the process of modifying his campaign materials, including his vehicle wrap and lawn signs, immediately.

“I already started removing the trademarked imagery, and hope to have it all accomplished soon, as I would not want to hurt the DAV in any way, being a long-time member myself,” Rusc said in an e-mail.