Spurred on by a burgeoning local dining scene, a group of restaurateurs, chefs, and brewers form the Haddonfield Food & Beverage Collective to continue growing their businesses and recruit new ones. 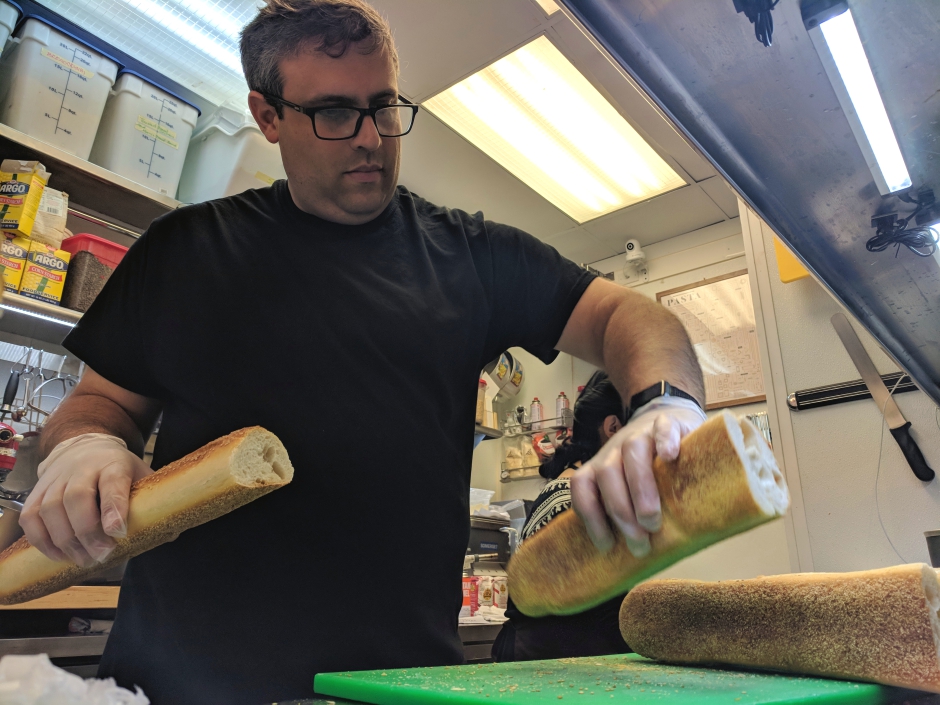 It started with a conversation about how hard it is to find good help.

Marcello De Feo, owner of Valente’s Italian Specialties in Haddonfield, was chatting back and forth with some of his fellow restaurateurs.

All were looking for leads on similar positions—wait staff, kitchen help, front of house—and De Feo wondered whether there might be a way to consolidate their efforts.

The same parties always pitch in when someone runs out of an ingredient, or needs an extra set of hands putting together a special dish. Why couldn’t they put their heads together to really elevate the local dining scene?

“We’re all friendly; we all talk,” De Feo said. “[Let’s]  formalize that [network]  so everyone has a channel to support one another at the last minute.”

Within a few weeks of the initial conversation, just about every food-related business in town was onboard. Some of their initial collaborations seem modest, but are also meaningful.

Murray serves Valente’s gnocchi at Denim. King’s Road beers pop up in Denim’s recipes as well as in those of Mecha Chocolates. When Nick Bekas at Nicky B’s Pizza had a good lead on a printing service for menus and pizza boxes, he shared it with the group.

The intention, Hochgertel said, is to “come together and collaborate rather than compete,” the better to elevate the profile of the rising Haddonfield dining scene.

“The whole is greater than the sum of its parts,” Hochgertel said.

“Let’s shine a little light on what’s happening here, because I think we get a little overlooked sometimes by our neighbors, and even some people in the town themselves.”

Some of the most promising ideas are yet to come. Seizing on the inertia from the first meeting, business owners recognized the opportunity to drive towards a town-wide collaboration.

A “Savor Haddonfield” tasting showcase is on the docket for the late spring; in the meantime, the group settled for a restaurant week that will run March 3 through 8. Participating businesses will offer two-for-$20 and three-for-$35 prix fixe menus; guests can also redeem their receipts for 10 percent off a Haddonfield gift certificate, up to $25.

“The scene is more vibrant than it’s been since I’ve lived here,” De Feo said. “I think we’re all very excited to put our best foot forward, and show off what Haddonfield has to offer.”

For Gold, the opportunity to come together on behalf of all food-based businesses in town is a welcome one. In the Kitchen is cooking school, not a restaurant or a bakery, and as such, had been overlooked in the planning of prior events.

“I felt like a lone voice in the wilderness for quite some time,” she said. “I was not included in SJ Hot Chefs [events]  because I’m not really a restaurant; I’m this hybrid thing. It’s refreshing not to be exclusive.”

The charm of Haddonfield is more than apparent to Murray. Since relocating Denim from Cherry Hill, his sales are up significantly in a much smaller space than he once operated. The accessibility of downtown Haddonfield has helped grow his business in the context of a local shopping district beyond what it was as a freestanding building on busy Kresson Road.

“I think there is a great deal of vibrancy in Haddonfield and its surrounding areas that weren’t coming to my restaurant where I was a freestanding building,” Murray said.

“I’m an 84-seat restaurant here, and I’m turning people away. It’s been a blessing and a curse at the same time because I’m the guy who wants everyone to have that positive experience.” 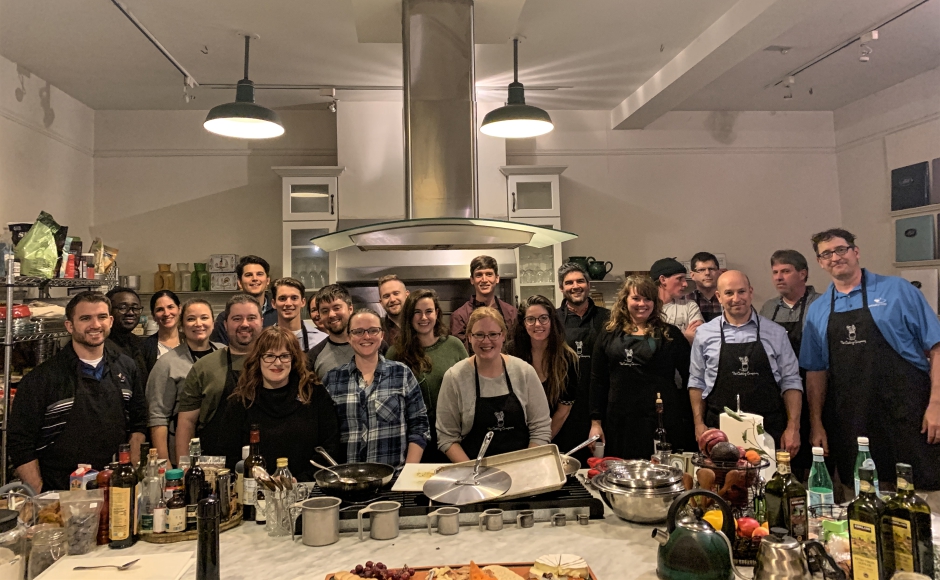 Instead of turning people away on Kresson Road, however, in the Haddonfield Mall, Murray is simply directing them across the hallway to James Beard semifinalist Fuji.

And instead of guests potentially leaving town, they’re staying within the borough.

New restaurateurs are also finding success in buildings that had historically not been sure bets as eateries.

Before it skyrocketed to fame in South Philadelphia, Angelo’s Pizzeria locked down a frequently turned-over Haddon Avenue pizza shop. Mike Stollenwerk’s Two Fish BYOB solidified another revolving storefront in the center of town, and parlayed those gains into a second concept on the same block, The Little Hen.

“It proves that with the right concept and the right food, people will thrive, no matter what,” De Feo said.

More than that, Murray said, it’s an indication that some of the outmigration of local restaurants might not have happened had they been more supported within the community.

“There’s been too many places that have gone in and out of town and didn’t have the support of existing businesses,” he said. “We’re trying to root for each other. We don’t want vacancies.” 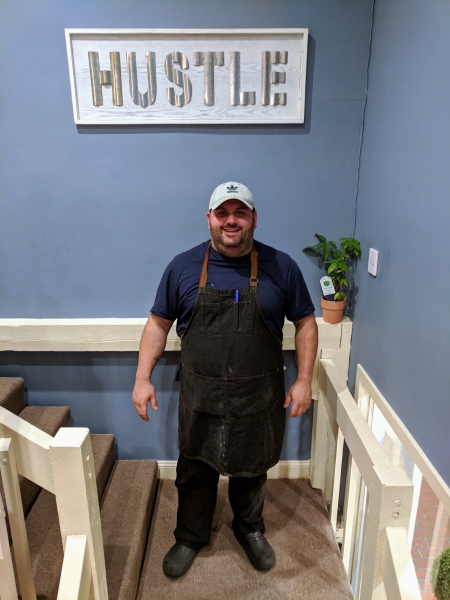 While in the process of filling empty storefronts, the Haddonfield Food and Beverage Collective is also working to incorporate itself as a business trade association, the better to standardize the support it can offer its local partners.

That help may come in the form of peer-to-peer consulting, an intranet with resources for starting a food-based business in Haddonfield, branding and marketing, and even fundraising for scholarships to support people joining the food and beverage industry.

It’s the kind of help that saves people time and money, and ultimately contributes to the longevity of their efforts, De Feo said.

“No one should ever feel like it’s everyone against them,” Murray said.

“The whole point of this is you’re not alone, and all you have to do is ask for help, and be part of something that’s been put together to try to make Haddonfield better as a whole.”

Gouldsbury, whose Custard Cart is still a business in its mobile stages, said the timing is great for a Haddonfield culinary scene that’s evolving beyond traditional expectations. 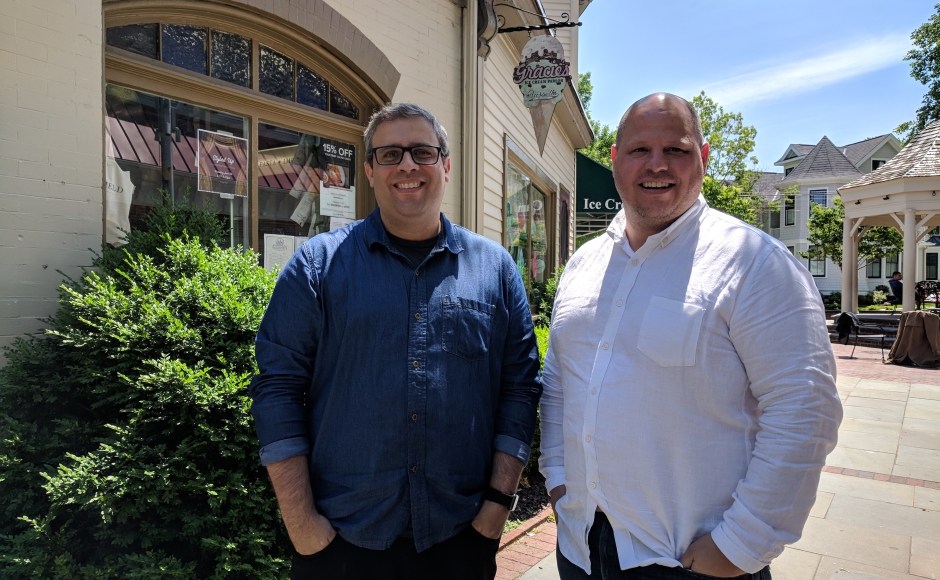 “I think there are voids that need to be filled, and if people take advantage of that bringing in new concepts, why not?” Gouldsbury said.

“If you bring in a quality product that appeals to a diverse amount of people, you can thrive here,” he said.

“You’ll get the support if it’s the right thing. And I think now is the time for anything.”

“I’m just pleased as anything about the collaboration and the brightness of the food scene in Haddonfield,” she said. “It’s never looked better.”